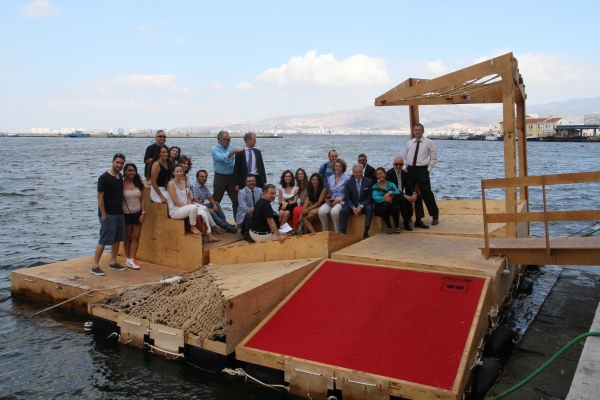 The floating dock, which was designed as a proposal to diversify the use of coastlines of Turkey, made a debut today in Pasaport, Izmir. The dock, which was designed by Gudjon Erlendsson, Can Sucuoğlu, and Elif Ensari, Lecturers at Izmir University of Economics-Department of Architecture and Ertunç Hünkar, Graduate of Izmir University of Economics-Department of Architecture, with the support of Izmir Chamber of Commerce, will be on display at 2nd Istanbul Design and Architecture Biennial organized by Istanbul Foundation for Culture and Arts (IKSV) after being displayed in Izmir.

Ekrem Demirtaş, President of IUE Board of Trustees, IUE Rector Prof. Dr. Oğuz Esen, Geza Dologh, President of the Assembly of Chamber of Marine Commerce, Members of IUE Board of Trustees, academicians and students attended the introduction ceremony for the dock which is going to be serving visitors throughout the month of September. The dock is located at the backside of Izmir Chamber of Commerce Building.

President Ekrem Demirtaş stated that floating docks created a connection between the city and the sea, and this one of a kind dock in Izmir was being used to bring the public and sea together in many cities around the world. He said that, before prior to Istanbul display, the dock was exhibited in Izmir as an example, and that such studies would also support the municipalities with their coastline designs. Demirtaş mentioned that the biennial’s this year’s theme was ‘Salty Water’. Demirtaş said, “Our floating dock creates a connection between the city and the sea. It turned out to be inexpensive but entertaining complex. With further improvements, this project can be used in use of coastlines projects of Izmir Metropolitan Municipality, since Mayor Aziz Kocaoğlu is also currently involved in use of Izmir coastlines project."

Demirtaş pointed out that the project consisted of series of independent modules. He said, "Each module has a different function within the whole. While you can use one to sunbathe, you can use the other one for fishing. Just as we said, this is a proof of what arrangements can be made in our coastlines.”

Lecturer Gudjon Erlendsson indicated that the project aimed to diversify the use of coastlines and he stated the following:
“Floating activity docks aim to come up with alternatives regarding the relation of coastal cities of Turkey with sea. The project intends to create floating, exclusive spaces. Unlike the ordinary relation of coastal line with the sea, a typical view observed throughout Turkey, the floating docks, stretching out to the sea, serve as model for an organic relation with water. The project, which is entirely based on the idea of entertainment, will attract people who want to get away from the boredom of city life. Computer aided design and production entirely took place in Izmir. This dock belongs to Izmir.” 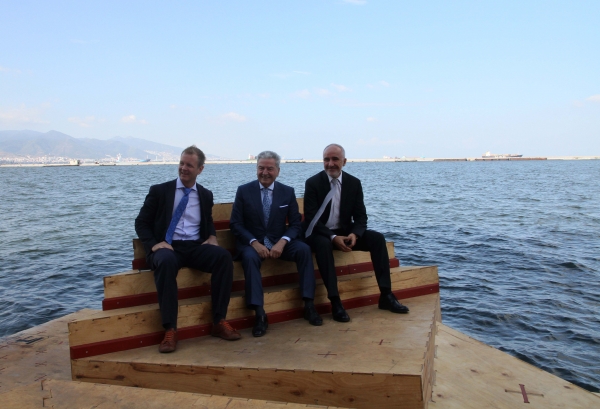 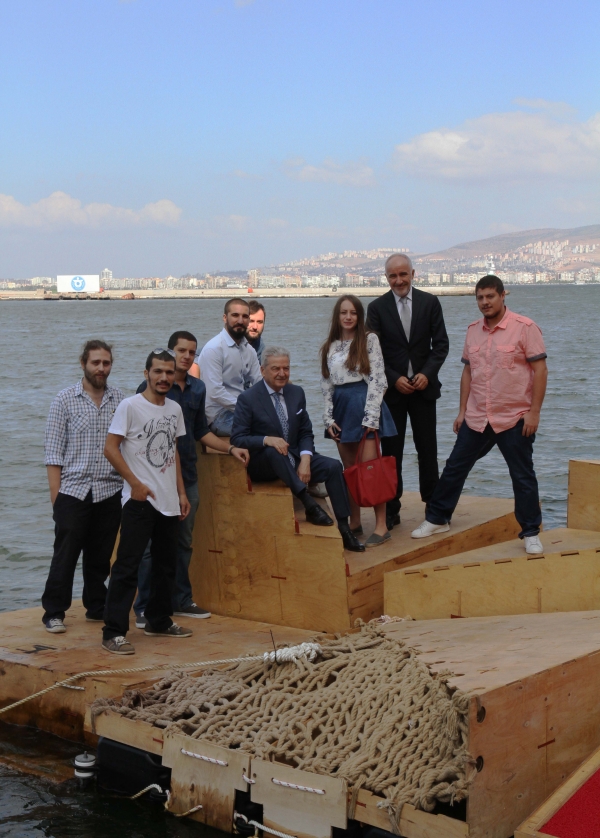 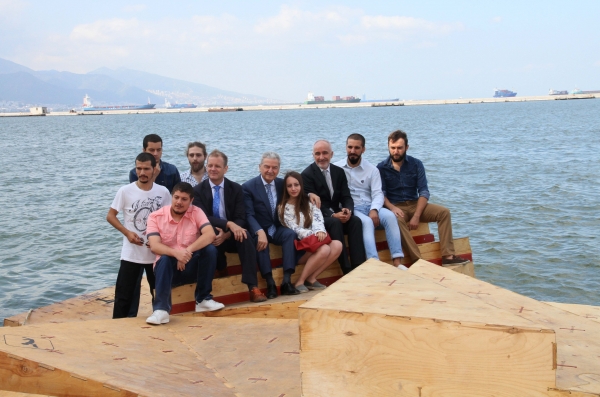