A bride and a groom on campus 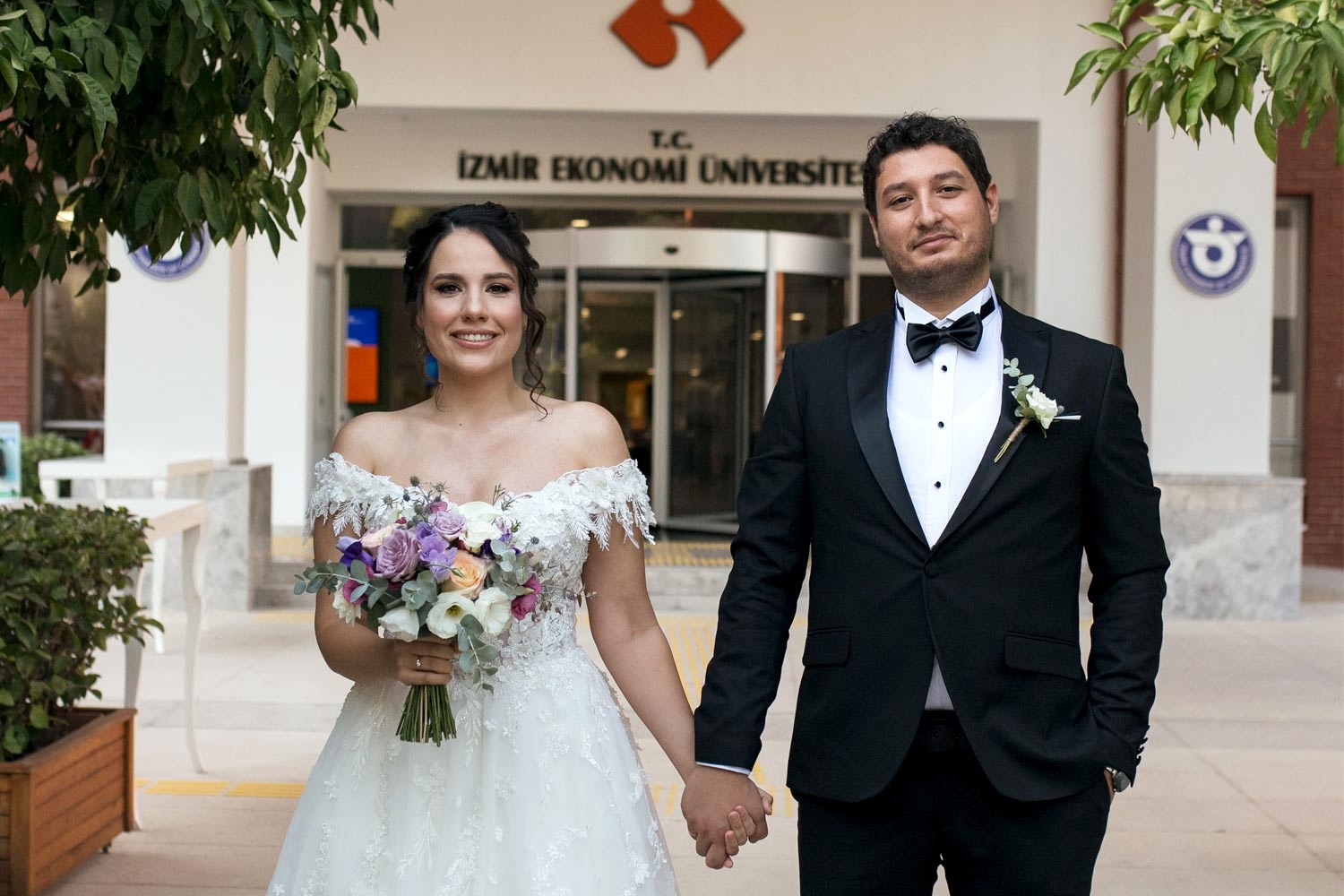 The love story of Uğur Çetmili and Gamze Çankal Çetmili, whose paths crossed exactly 6 years ago at Izmir University of Economics (IUE), started at the exam, and ended at the wedding table. Despite studying in different departments, the couple, who were in the same group in the exam of the German course they chose as a second foreign language, because their surnames start with the same letter and they met while asking for an eraser, came to the campus 4 hours before the wedding in their wedding gown and groom suit. The couple, who had their wedding photos taken at the University, where they fell in love with each other and spent very special days, lived their happiness to the fullest. The young couple said, “We got to know each other on this campus, we shaped our dreams here. Izmir University of Economics has been a turning point for us. Before the wedding, we thought that we must come to campus. We wanted to experience the first excitement just like before. We are very happy.”

The story of Uğur Çetmili (30), a graduate of IUE Department of Electrical and Electronics Engineering, and Gamze Çankal Çetmili (27), a graduate of the Department of Mathematics, began in the third grade. The duo, who took German as a second foreign language in addition to English, had never seen each other until then. Since the exam groups in the German class were determined according to the letter order in their surname, the duo got in the same class.

BECAME THE TOP STUDENT IN THE DEPARTMENT

The couple first started communicating when Gamze Çankal Çetmili asked for an eraser during the exam and Uğur Çetmili shared his eraser. The couple, who started talking afterwards, fell into the same class in the second semester. The relationship of the couple, who started to meet between classes and around the campus, soon turned into love. The couple, who constantly supported each other, also attracted attention with their success in their classes. While Uğur Çetmili completed the Department of Electrical and Electronics Engineering in 2017, Gamze Çankal Çetmili graduated from the Department of Mathematics as a top student in the same year. Uğur Çetmili started working as a service engineer in a company, and Gamze Çankal Çetmili started teaching mathematics at a private school. The duo, who successfully continued their business life after graduation, turned their dream into reality and got married.

HE WAS CONFIDENT, STYLISH

Stating that she loves her husband very much, Gamze Çankal Çetmili said, “I forgot to bring an eraser because I was a little nervous when I came to the German exam. That forgetfulness helped me find my life partner. Of course, I didn't pay much attention in the exam, but Uğur seemed like a kind and trustworthy person. He was well-dressed. However, despite all this, I never thought that I would marry the person I took the exam with. You never know when or where love will strike you. So did ours.”

BEST DAYS OF MY LIFE

Gamze Çankal Çetmili continued as follows: “After meeting in the exam, we started to chat from time to time in the school. After meeting Uğur, I spent the best days of my life. Every moment we came to the campus was very special for us. We came to our university to go back to the first days we met before the wedding and to share our happiness with our teachers and people on campus. They were very special moments. This place will always have a special place in our hearts.”

Stating that their relationship got serious from the beginning,  Uğur Çetmili said, “I feel very lucky to have met Gamze and found the love I was looking for, the right person to spend a lifetime with. When I first saw Gamze, I liked her. Seeing her in the exam for the first time, of course, was a different excitement. As I got to know Gamze, some things started to form in my mind about marriage. Our relationship had always been serious. I always made Gamze feel that I value and love her. When I was in my senior year, I was sure that the person I was looking for was Gamze.”

I WAS EXCITED WHEN I CAME IN MY GROOM’S SUIT

Uğur Çetmili continued as follows: “I was very excited when I came to the university in a groom's suit. I remember the day I first came to the school to enroll. As I was thinking about how the story started and how it ended, I held Gamze's hand tightly. Those who saw us on campus were a little surprised, everyone got in line to congratulate us. It was also a great feeling to share our happiness with our teachers. We are glad that we chose Izmir University of Economics. This choice has always added beauty to our lives.” 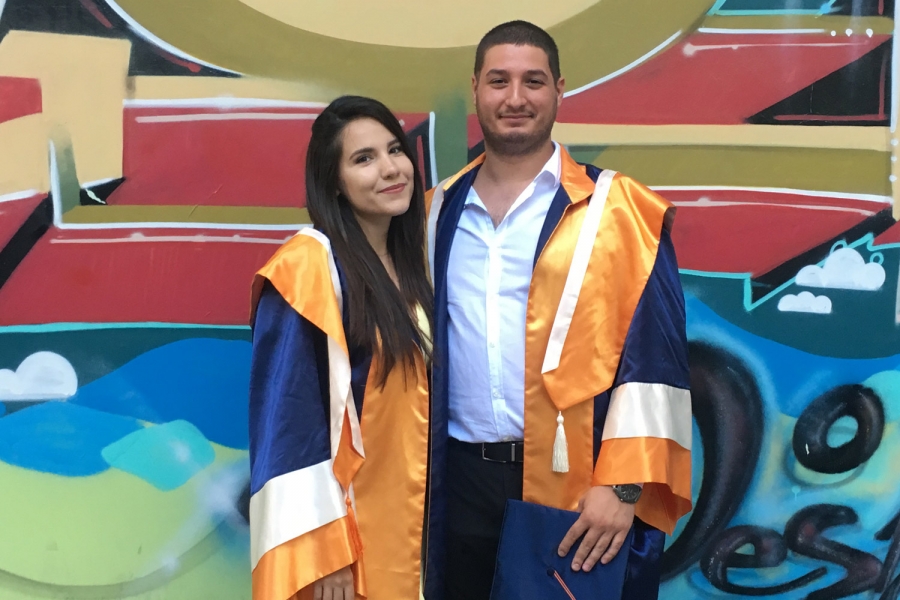 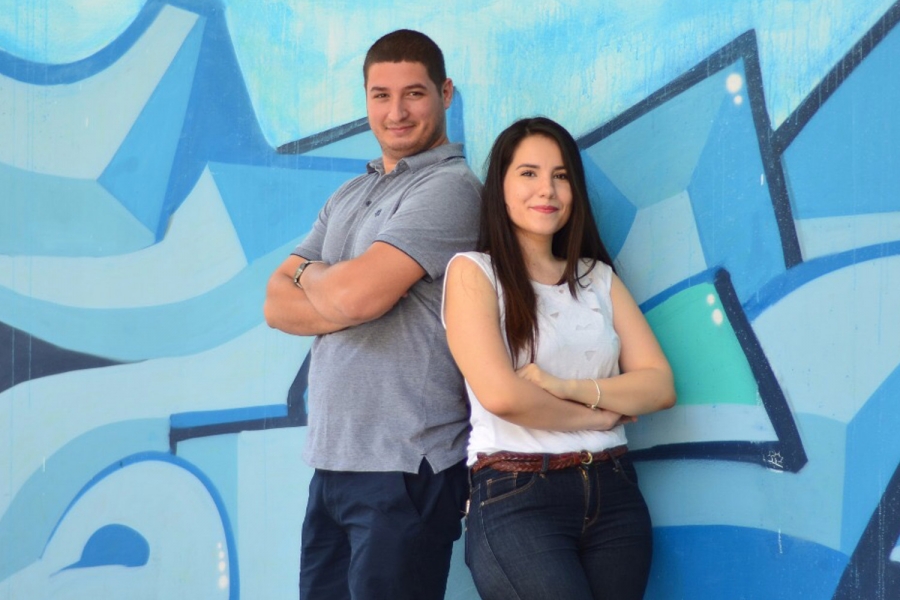