He will compete for the championship in surfing, which he started at the age of 6 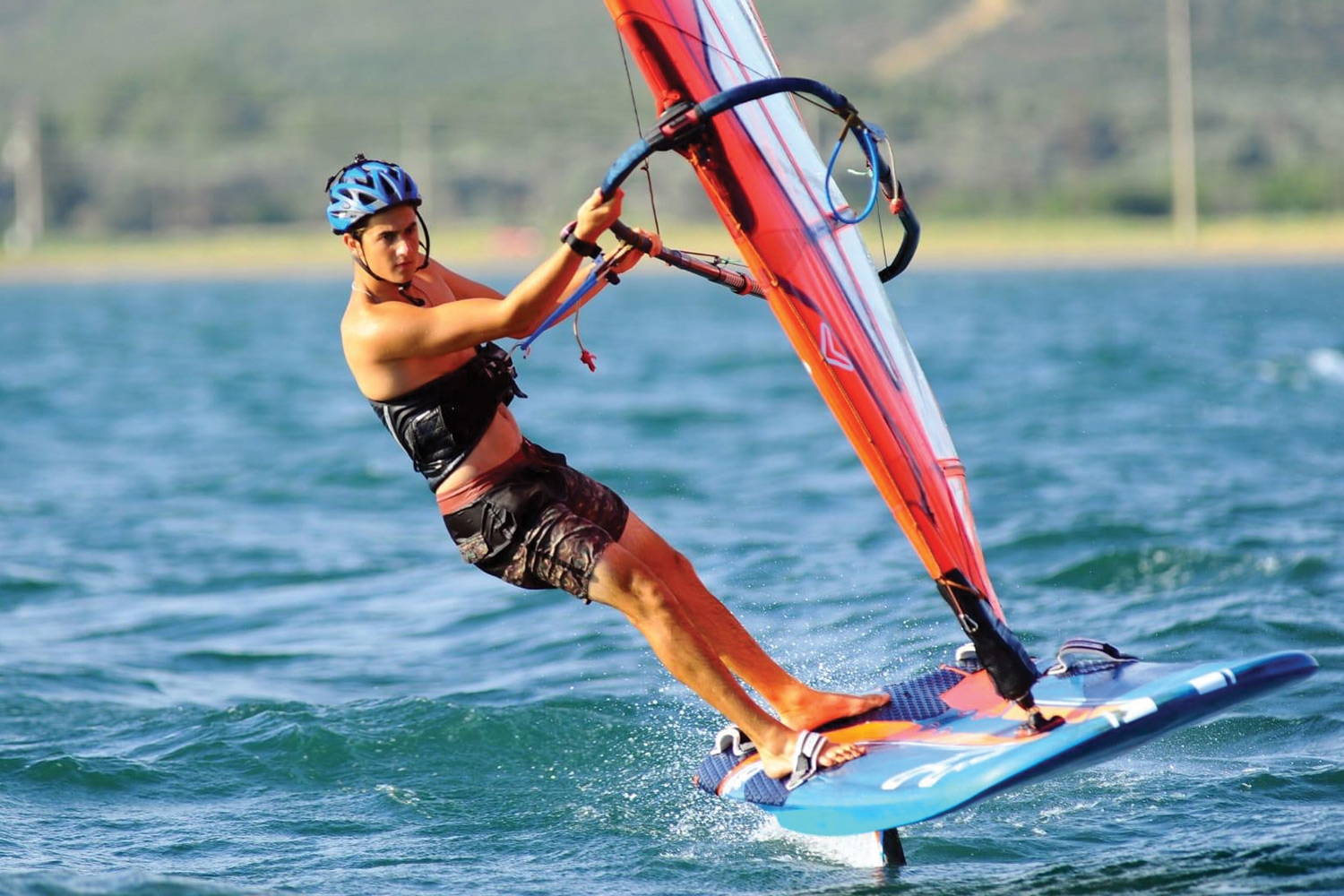 Kuzey Öztaş (20), national surfer student of Izmir University of Economics (IUE), qualified to participate in the world championship to be held in Switzerland between 12-25 August by being the first in Turkey in the National Team Selection Races. Öztaş, who started surfing with the guidance of his father age of 6 and nicknamed the "north wind" by his friends, had previously won the second place in the world and the fourth place in Europe. “It is an amazing feeling to take part in the world championship. I will be the only person representing my country in the under-21 category. I am excited; I spend my days working and thinking about the championship. I want to be successful by doing my best,” said Öztaş.

Kuzey Öztaş, who enrolled the Department of Cinema and Digital Media, IUE Faculty of Communication with a full scholarship last year, moved to Bodrum from Istanbul at the age of 6 due to career of his father Yavuz Öztaş, a civil engineer. Father Öztaş, who was a windsurfer in his youth, also got his son, who was a kindergartener at the time, started this sport. Öztaş, who spent the summer months surfing and became a sea enthusiast, moved to Izmir when he was 11 years old.

Öztaş, who advanced his passion for surfing by signing up for a professional club in Izmir, quickly climbed the stairs of success by proving his talent in a short time. Öztaş, who came second in the world in the U13 category in 2013 and fourth in Europe in 2015 in the field of 'IFCA slalom', was selected for the national team in 2016. Öztaş, who has managed to win medals in many competitions held throughout Turkey, has made his goal of going to the world championship in the under-21 category this year a reality. Öztaş, who won the first place in the IQ Foil National Team Selection Races organized by the Turkish Sailing Federation (TYF), will also compete for the medal in the championship in Switzerland.

SURFING GIVES ME A FEEL OF FREEDOM

Stating that windsurfing has become a life philosophy for him, Öztaş said, “Surfing, where the wind and the sea meet, is irreplaceable for me. Surfing keeps me fit and gives me a sense of freedom. I always had an interest in the sea when I was young. However, I would not have been able to achieve this if it were not for my parents who encouraged me to do sports and supported me. I feel proud to be in the world championship. I am confident in myself, but I do not stop working out. I am making my final preparations in Alaçatı. I train 4 hours a day., I do cycling, running and weight training especially in my land training. My biggest goal is to take part in the Olympics to be held in 2024. But first I realize that I must be successful in the world championship, that is exactly what I am focused on right now. I feel very good and ready. Many of my friends refer to me as the 'northern wind'. I will try to be successful in the championship to prove that I am worthy of that nickname.”

IT ALSO AFFECTED MY UNIVERSITY EDUCATION

Öztaş continued as follows: “Surfing also played a role in my preference for the Department of Cinema and Digital Media at the university. After I started sports, I would constantly record the surf races and record myself in my training. I also have a large archive of videos regarding surfing. This is how my interest in camera and editing started. I did not hesitate to choose Cinema and Digital Media as a suitable department at the university. Sports and academic life can go together. If you do the planning right and focus on what you want. I think I have proven that sports are a stronger factor in education in middle and high school. It's a little early to plan for the future, but I want to go further in surfing and specialize in the part I'm training.” 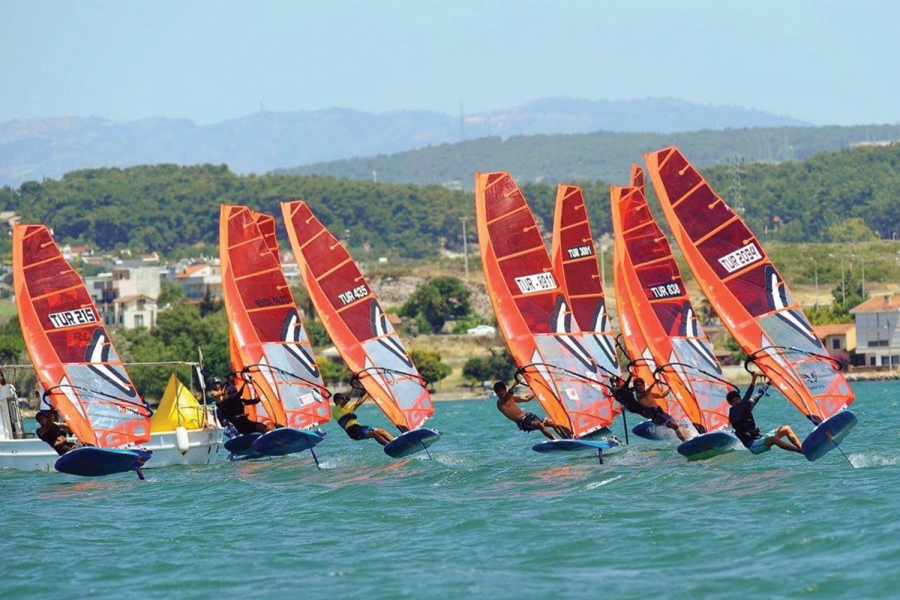 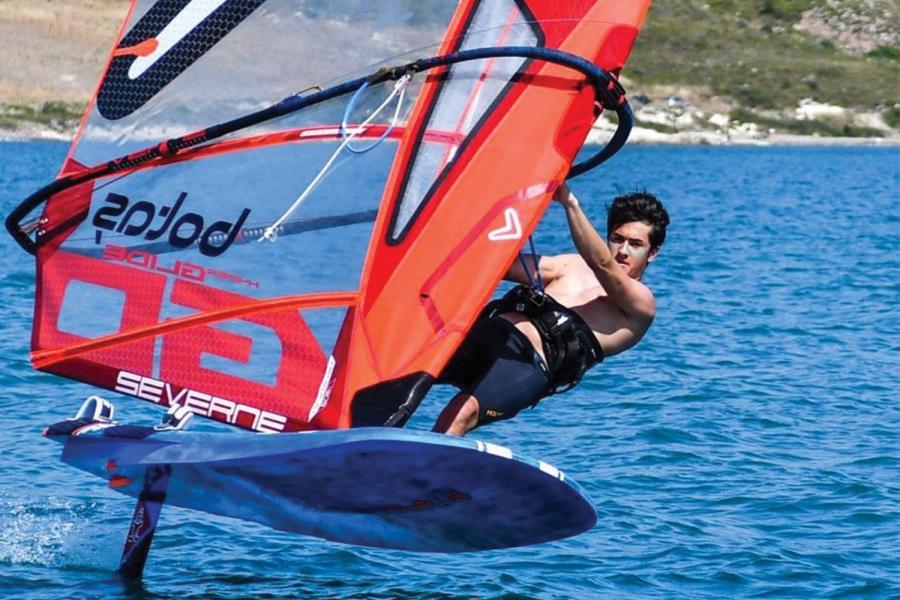