From washing vegetables to becoming a boss 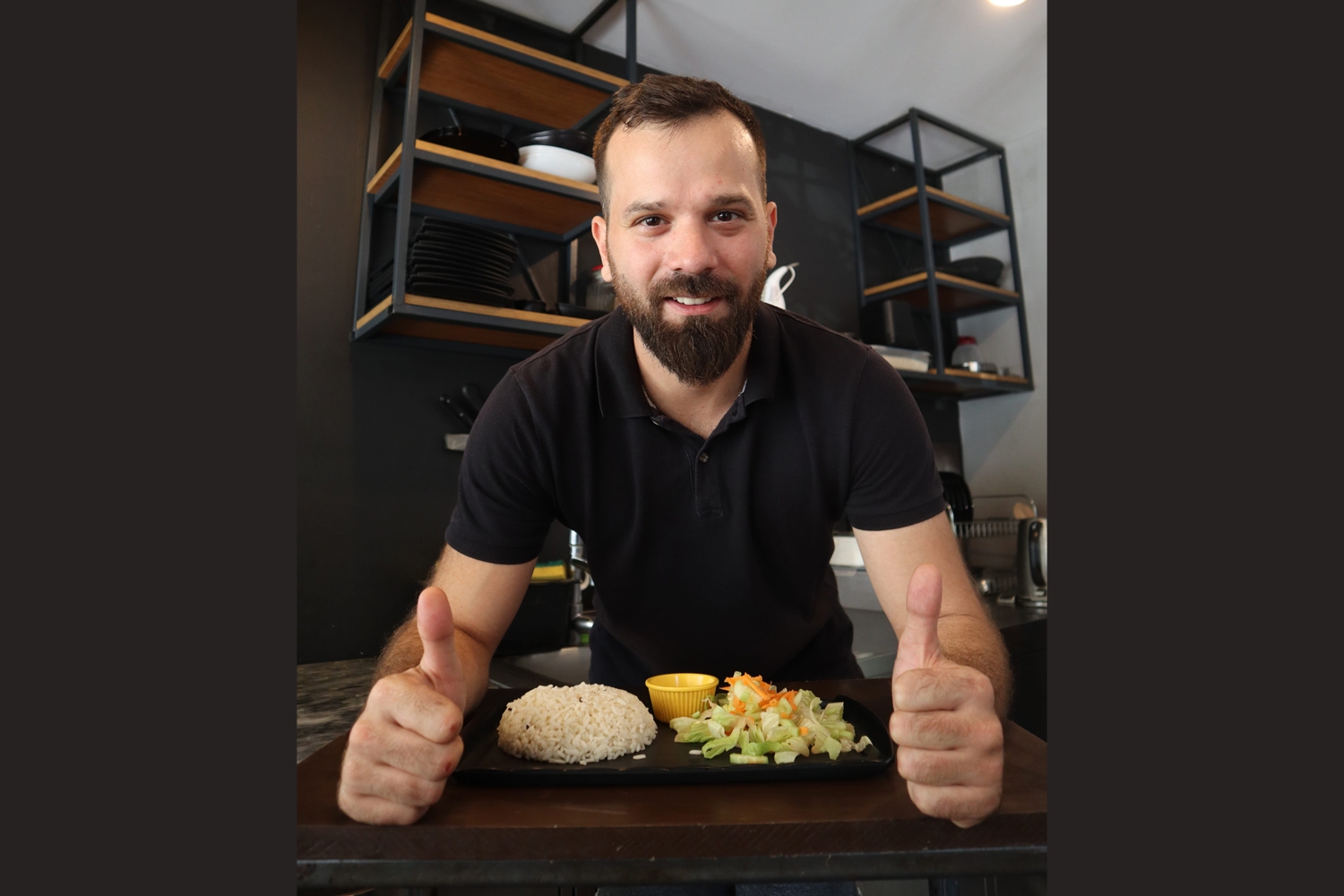 After graduating from Izmir University of Economics (IUE), Okan Ataman, who went to Germany for a master's degree, took a completely different path in the restaurant where he started to work by washing vegetables and fruits to make use of his spare time. With the advantage of a foreign language he learned in the University, Ataman, who self-improved in a short period of time at the "Extrablatt" named restaurant in Siegen and became a chef assistant, returned to Turkey and decided to establish his business in the food area. During this time, Ataman, who also completed his master's degree in accounting, taxation and auditing, and speaks English and German, opened a small rice pilaf restaurant in Karşıyaka with the brand "Rice & Nice". Ataman, who serves a variety of rice pilaf such as with salmon, tenderloin, curry and currants, has succeeded in making a name for himself quickly. “We started selling rice pilaf to restaurants, gyms and business centers in Izmir by establishing a cold chain. Demand is very good, we sell about 450 kilos of rice pilaf, including sales at our restaurant, every month,” said Ataman.

Okan Ataman (33), who lives in Karşıyaka, Izmir, graduated from IUE Department of Economics in 2012. Wanting to pursue his academic career, Ataman chose Germany for his master's degree. Continuing his success here as well, Ataman decided to work in order to pass time in the weekends and gain a different experience. Reviewing job postings in Germany online, Ataman started by washing vegetables and fruit in a restaurant.

Transferring to other sections in the kitchen in a short time and making himself loved by the staff and management, Ataman was promoted to assistant chef of the restaurant. Learning all the intricacies of the job, he decided to return to Turkey to  establish his own business after completing the master's degree. Ataman, who opened a rice pilaf restaurant named "Rice & Nice" in Atakent, Karşıyaka, also rapidly expanded the business. Combining Far Eastern cuisine with Turkish culture, Ataman made a difference with their special rice pilafs. Ataman, who established a cold chain and started to provide rice pilaf to various restaurants, gyms and business centers in Izmir, served nearly half a ton of rice pilaf to the people of Izmir every month.

MY FAMILY AND FRIENDS WERE SURPRISED

Stating that he had no idea of ​​establishing such a business before going to Germany, Ataman pointed out that the restaurant he started working in changed his life. Ataman said, “The extent of foreign language I learned at my university helped me a lot for my quick adaptation abroad. Thanks to this, it became easier for me to create an environment, and my school life and work experience was successful. I've never felt strange. I had a very enjoyable time in Germany initially. But after a while, I started getting bored especially on the weekends. Since I had a lot of free time, I decided to work. I chose to work in the restaurant, thinking it would be a different experience. Without realizing it, I made a decision that would change my life entirely. First I started by washing vegetables and fruits. After a while, I moved to different departments and started to learn the functioning. Here I became an assistant chef. On one hand, I was working at the restaurant and on the other hand I was continuing my master's degree. I loved this job. I decided to return to Turkey deal with food business. My family and friends were very surprised at first, then they got used to it.”

I’D LAUGH ABOUT IT BEFORE

Ataman stated the following: “I created my own brand and opened a place in Karşıyaka. I tried to appeal to the taste of the people of Izmir by making various kinds of rice pilaf with special spices. It attracted attention in a short time. After that, I also built a cold chain. I started taking orders from many places from gyms to business centers. I aim to open branches in different regions of Izmir in the upcoming period. I have a different life story. You never know what life will bring for people. I would laugh if people told me that I was going to do rice pilaf business one day before I went to Germany. But right now, I'm doing this job and I'm happy about it.” 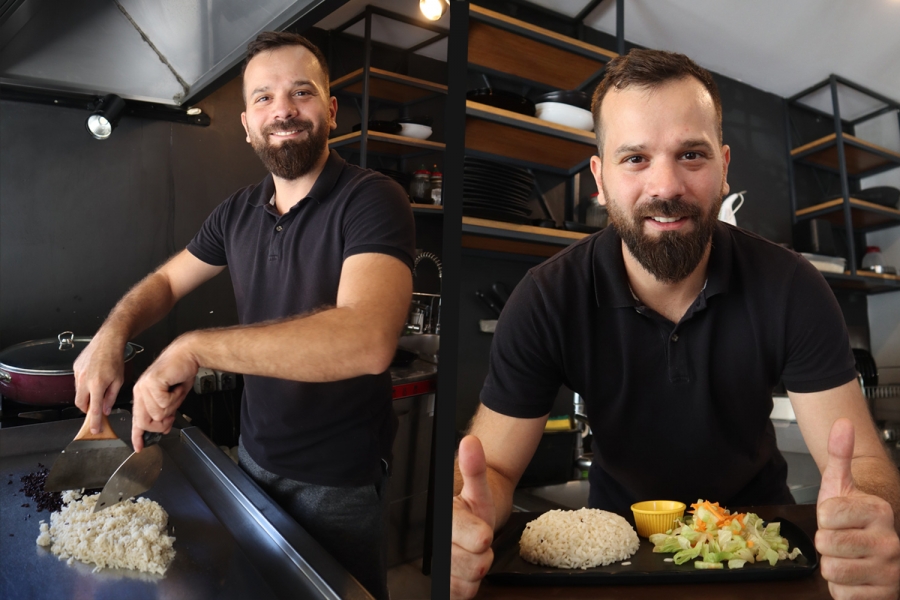 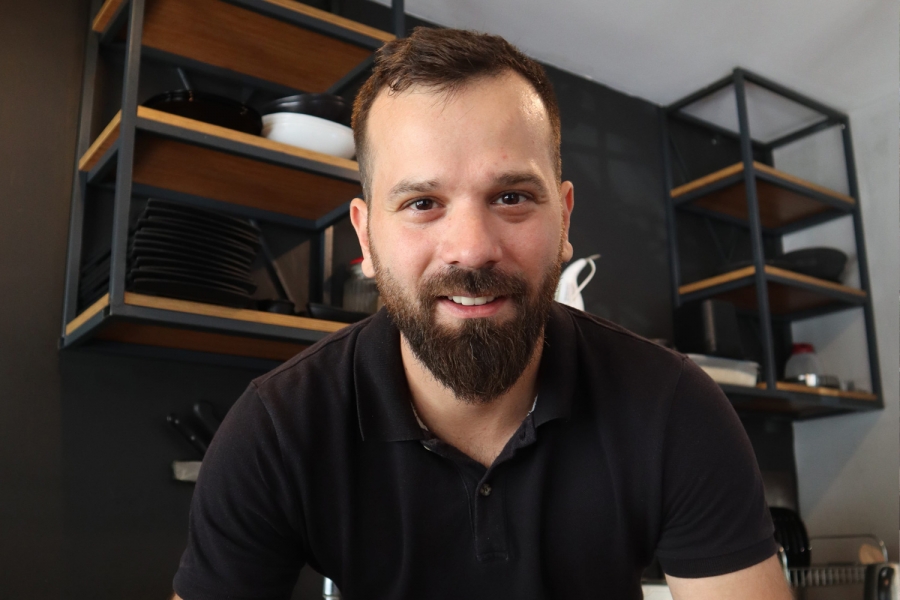 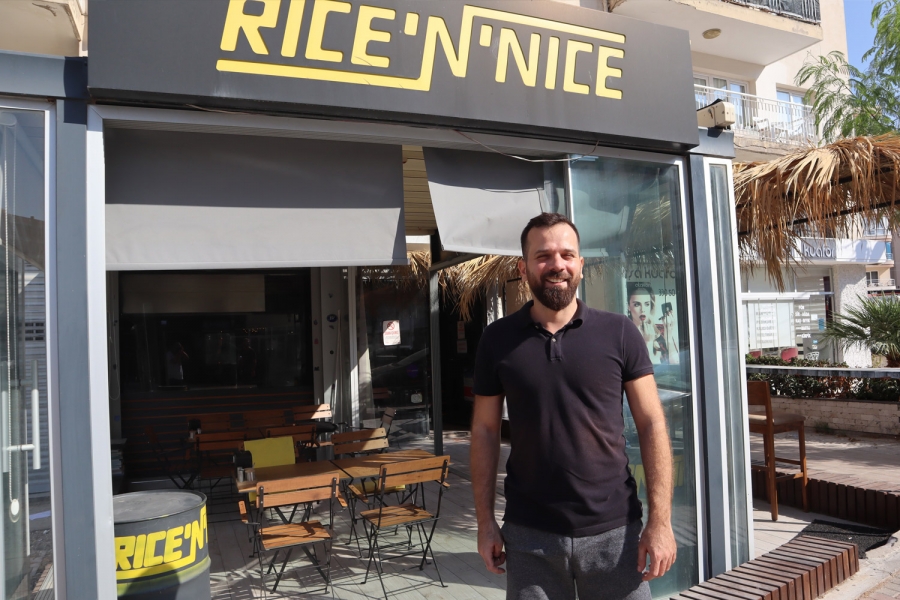