‘Regional Championship’ is the goal 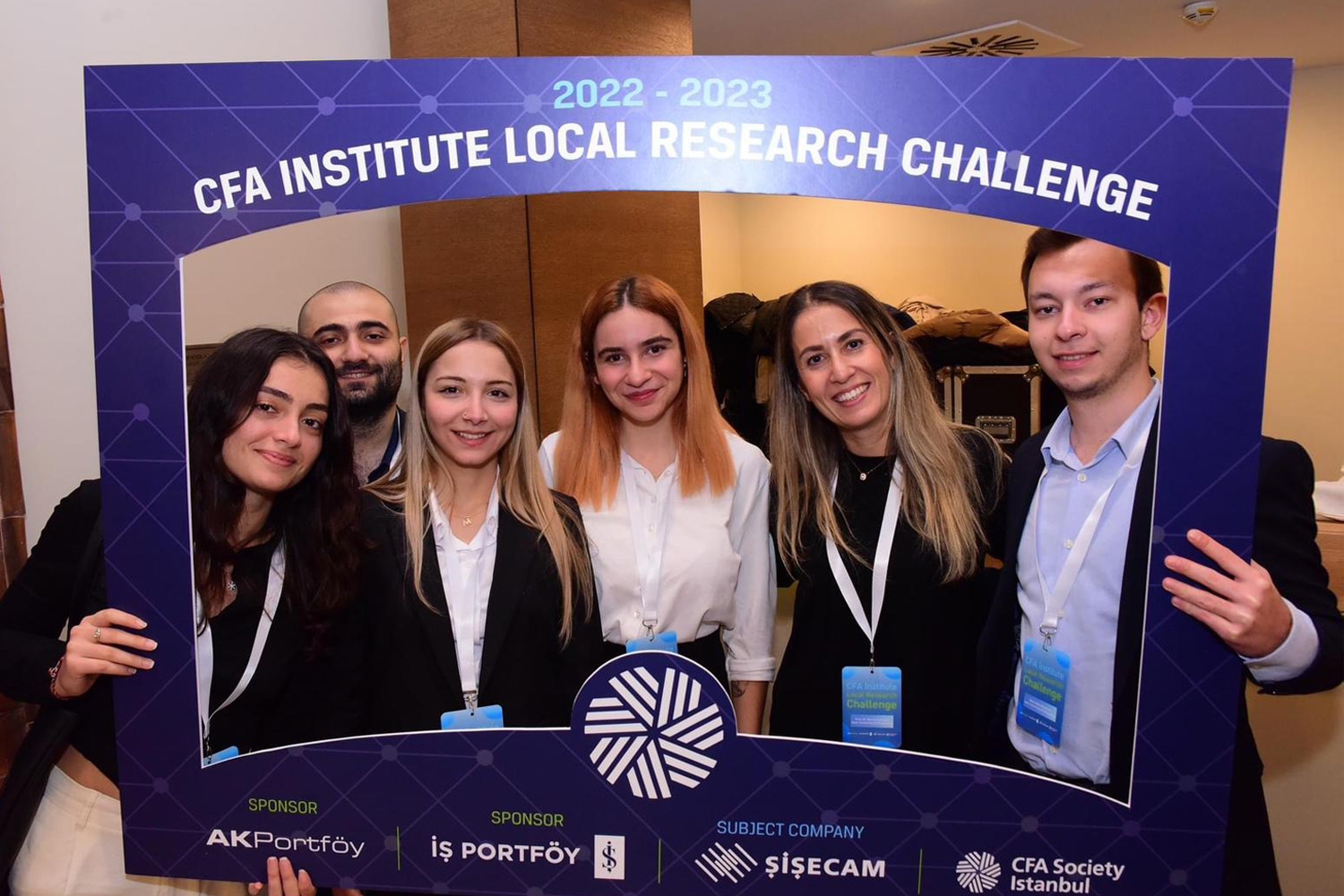 The team of 5, consisting of students of Izmir University of Economics (IUE), made it to the finals in the ‘Research Challenge’ organized by the CFA Institute, one of the most respected international organizations in the field of finance. In the challenge, where 41 teams from 28 universities participated, young people who made a report by making financial analysis of Şişecam Company, received full marks from the jury on many issues such as analysis ability, risk assessment and sectoral foresight. The IUE team became one of the 5 teams that qualified for the finals to be held in Istanbul on February 23. IUE students will represent our country by qualifying for the Regional Championship, where top teams from different countries compete, if they reach the first place in the finals.

The team consisting of Şükrü Bora Başpınar, Mehmet Nuri Karanfil, Özlem Yağmur Aydın, Çağla Su Kurt, students of Department of International Trade and Finance, and Nevşare Bigün, student of Department of Political Science and International Relations, had a long preparation period for the challenge. All teams participating in the challenge organized by the CFA (Certified Financial Analyst) Institute were asked to make a financial analysis of Şişecam Company. Competing teams reviewed many topics including the company's investment risks, stock valuation, industry analysis, and environmental, social and governance-based investments (ESG performance). IUE students completed their analysis and presented their report to the jury. As a result of the evaluation, the IUE team, which received a passing grade from the jury, managed to make it to the finals.

THEY SHOWED THEIR DIFFERENCE

Stating that they were happy to be in the finals, Prof. Dr. Berna Aydoğan, Vice Dean of IUE Faculty of Business and Faculty Member at Department of International Trade and Finance, said “Our team will be competing against teams from Bilkent University, Koç University, Özyeğin University and Bilgi University in the finals. IUE team achieved an important success by making it to the last 5 out of 41 teams. They showed their difference with analyzes they made, and financial and strategic techniques they used. This year, I assumed the role of academic mentor, while Özgür Göker served as the sector mentor. Our students have proven that they have developed themselves in the best way at the University, and that they have received a comprehensive education in accordance with the requirements of the age. We are preparing for the finals in the best way with our students. I believe that we will take our place in the Global Championship by being successful in the finals.” 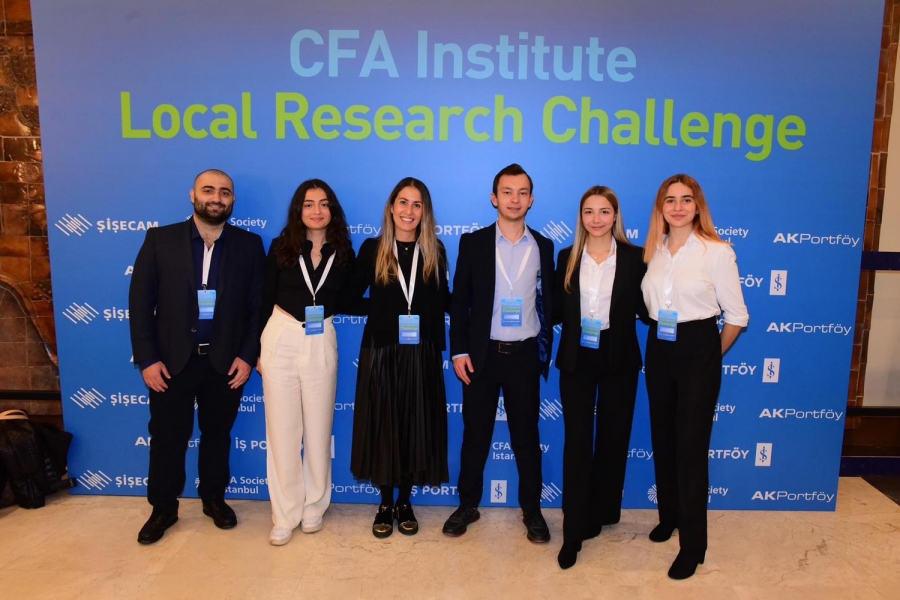 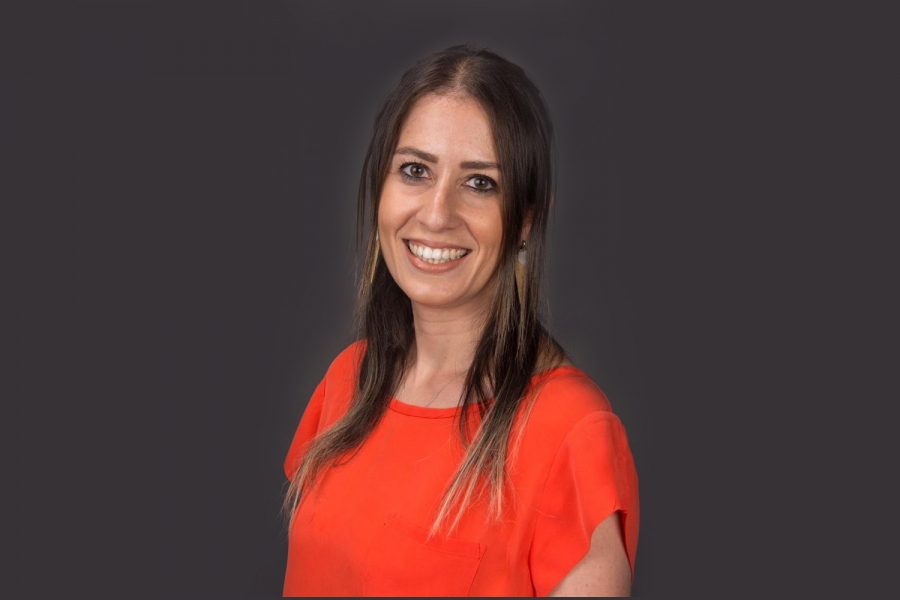 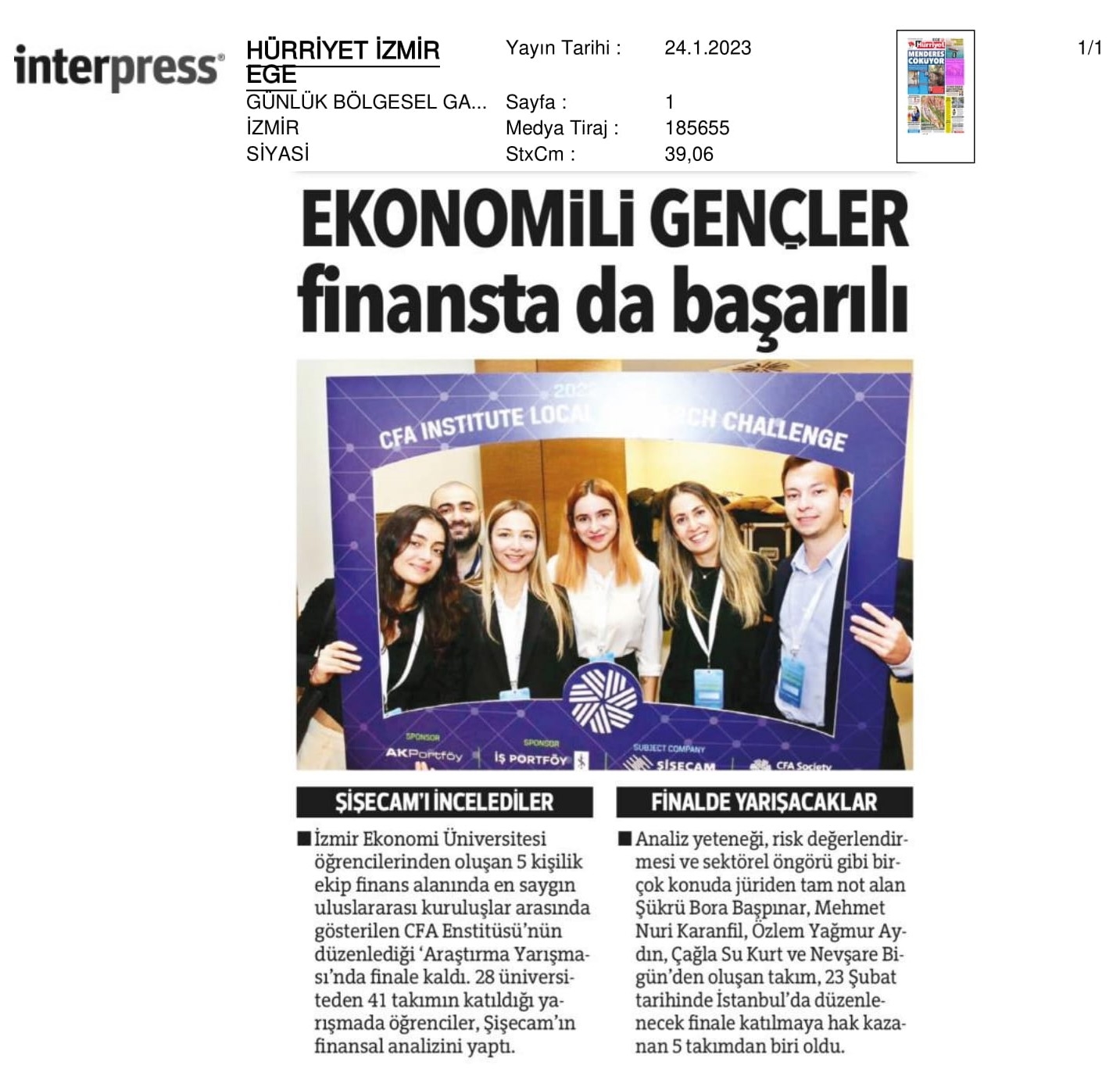 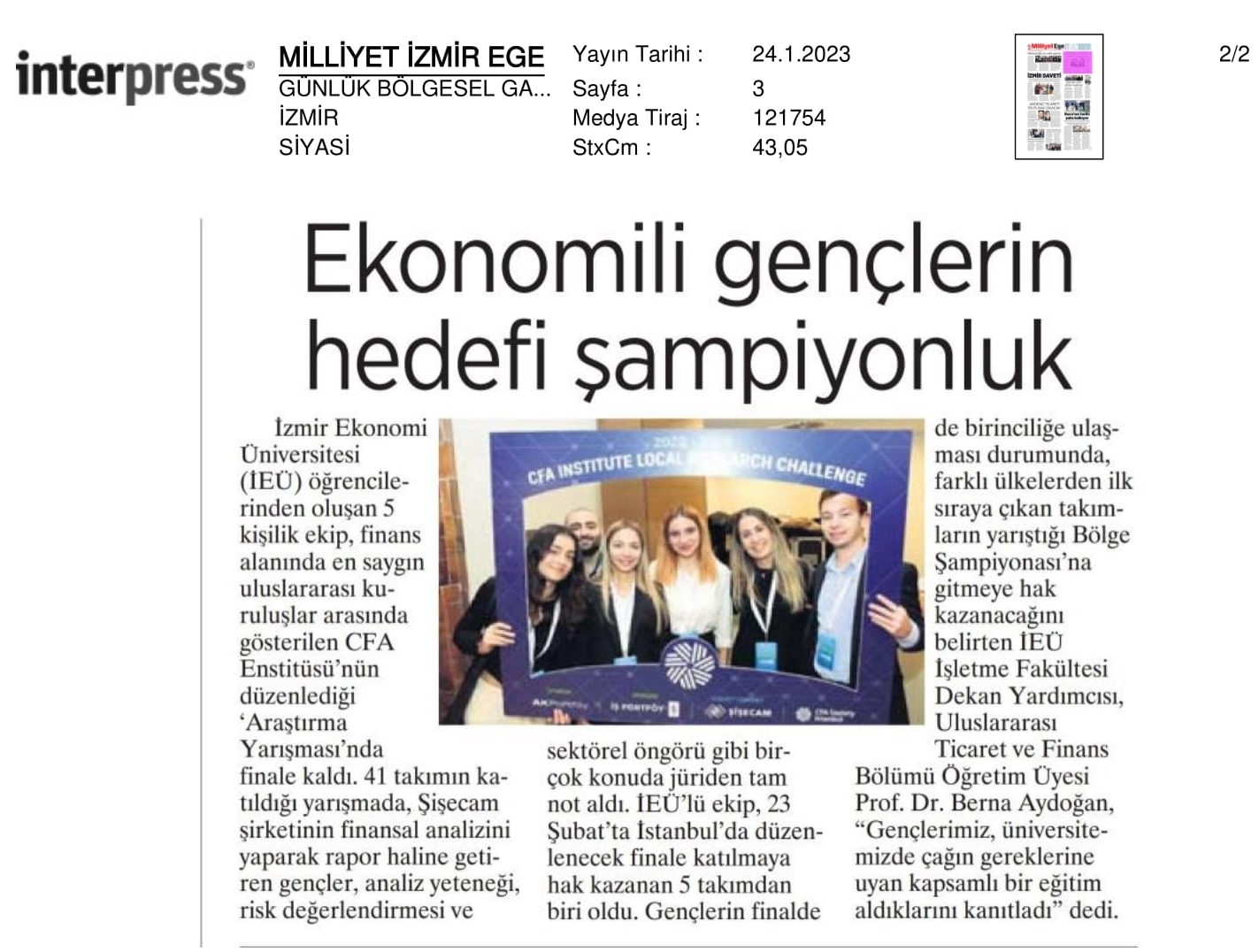 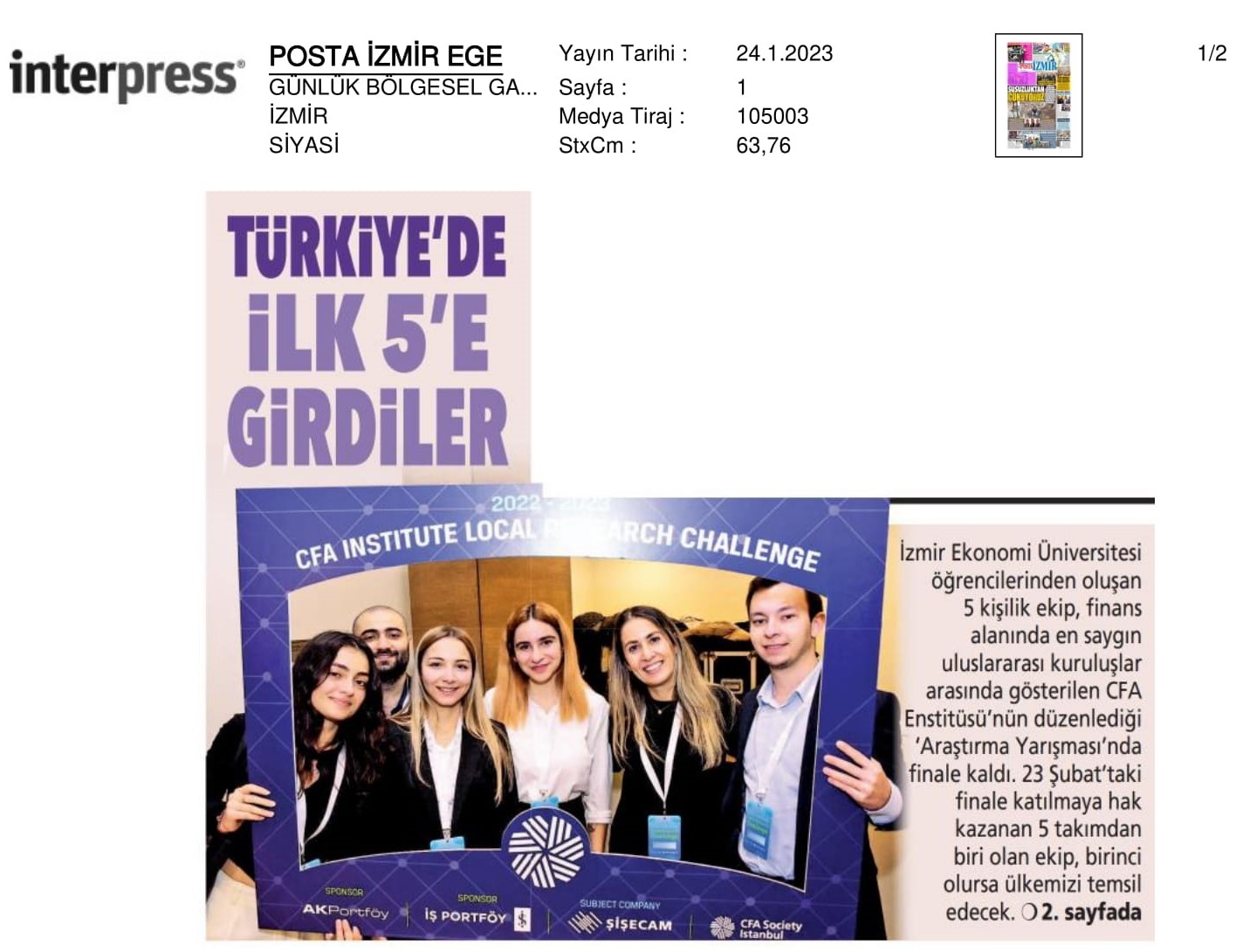 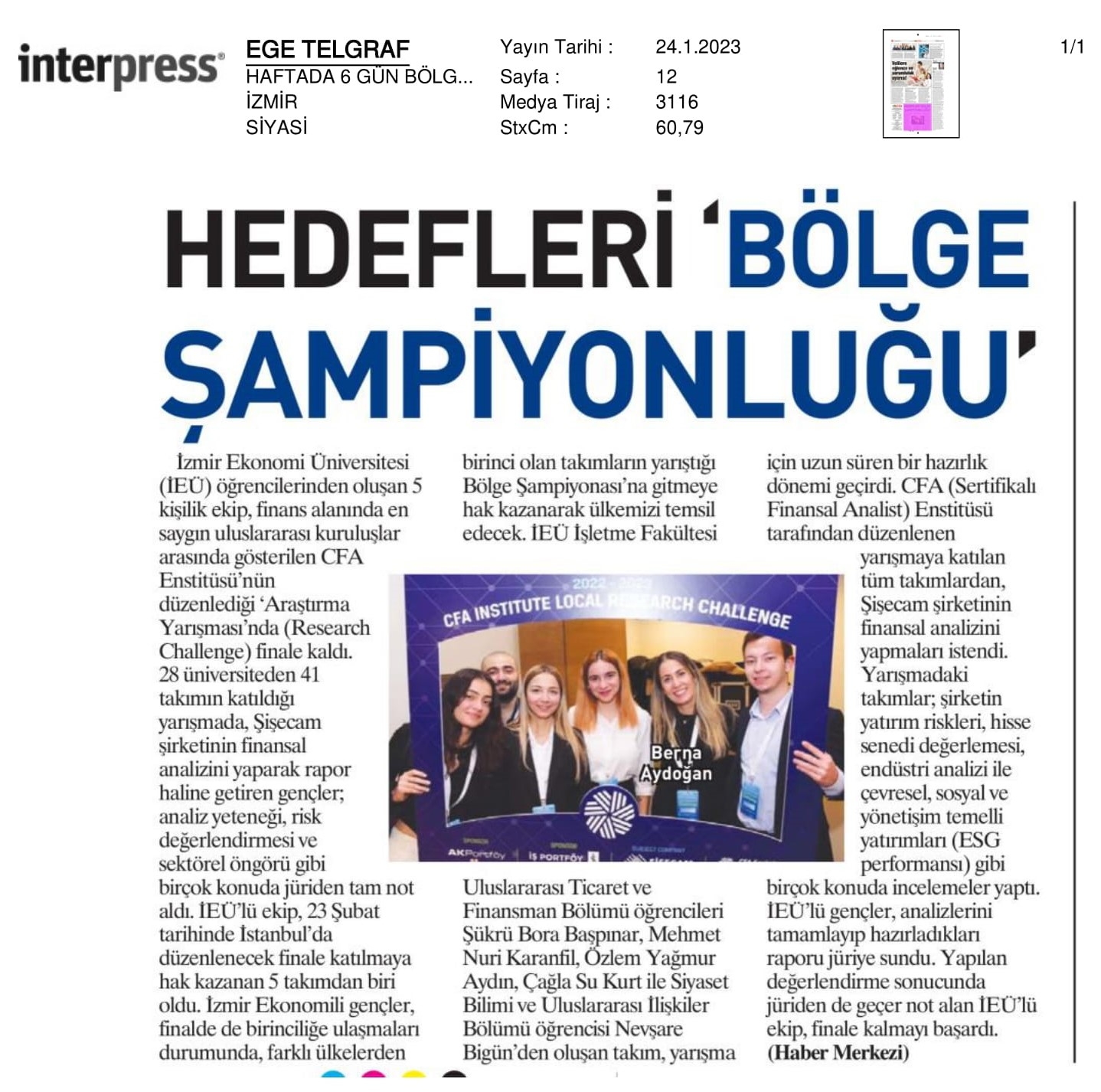 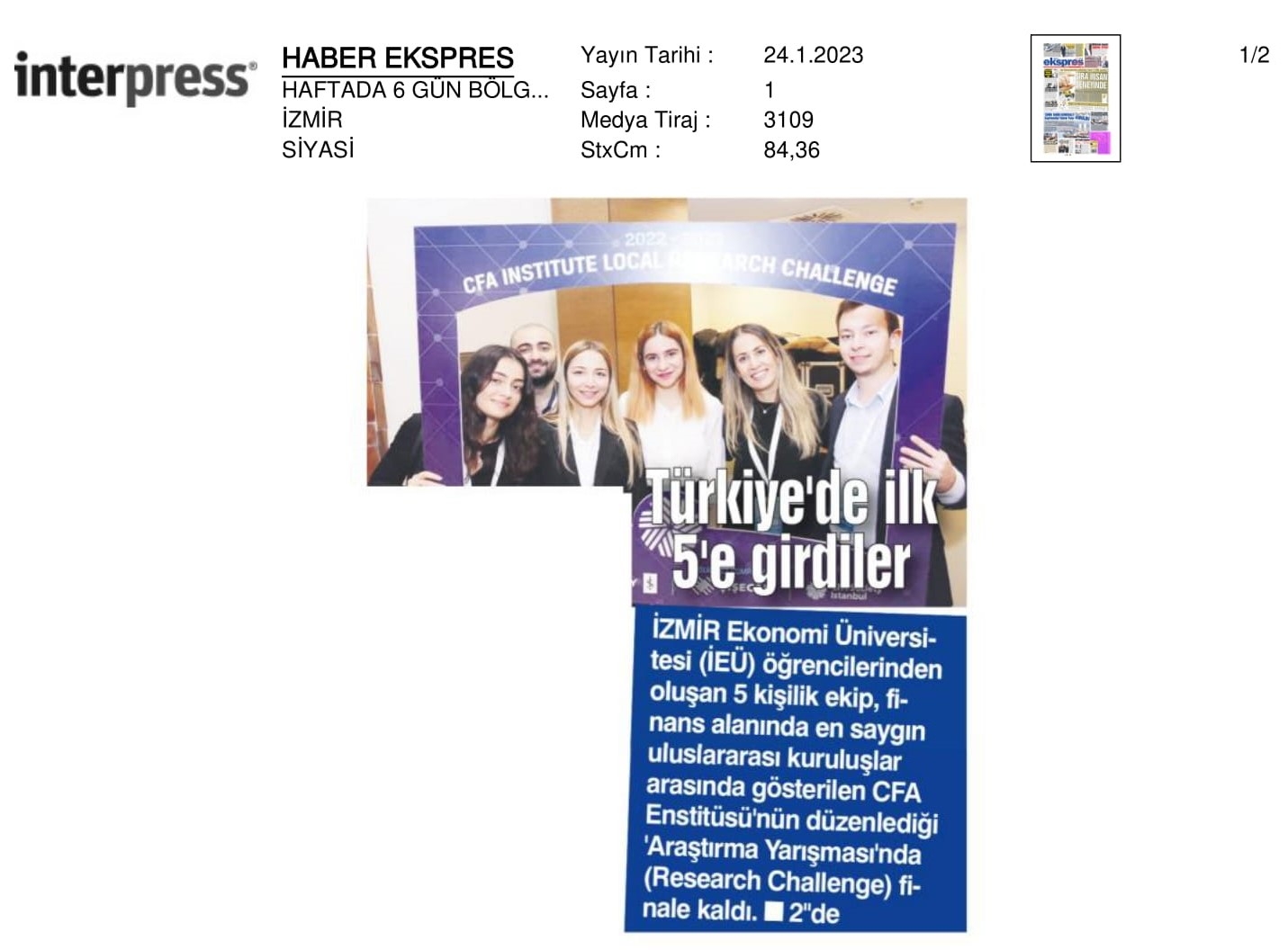 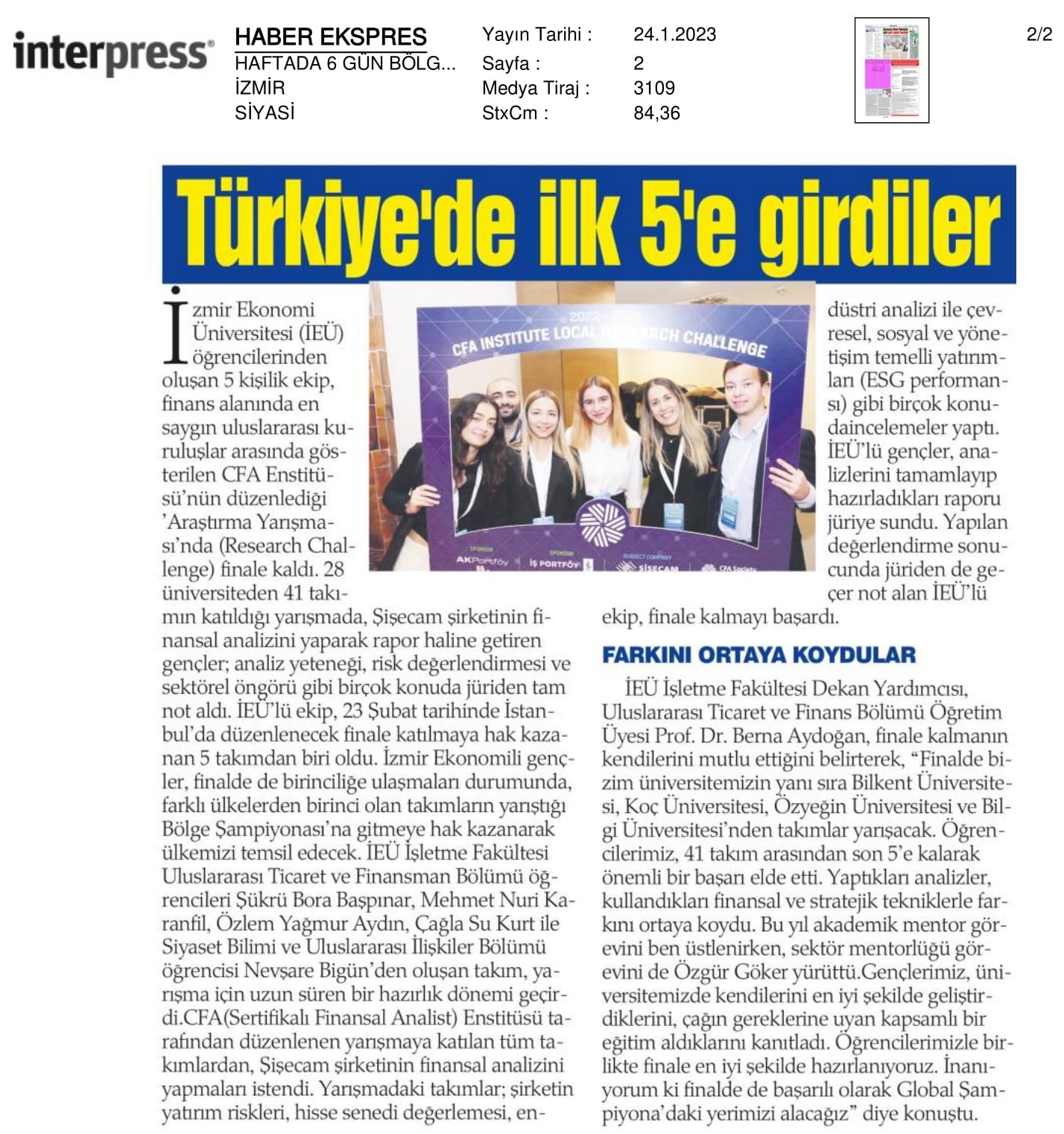 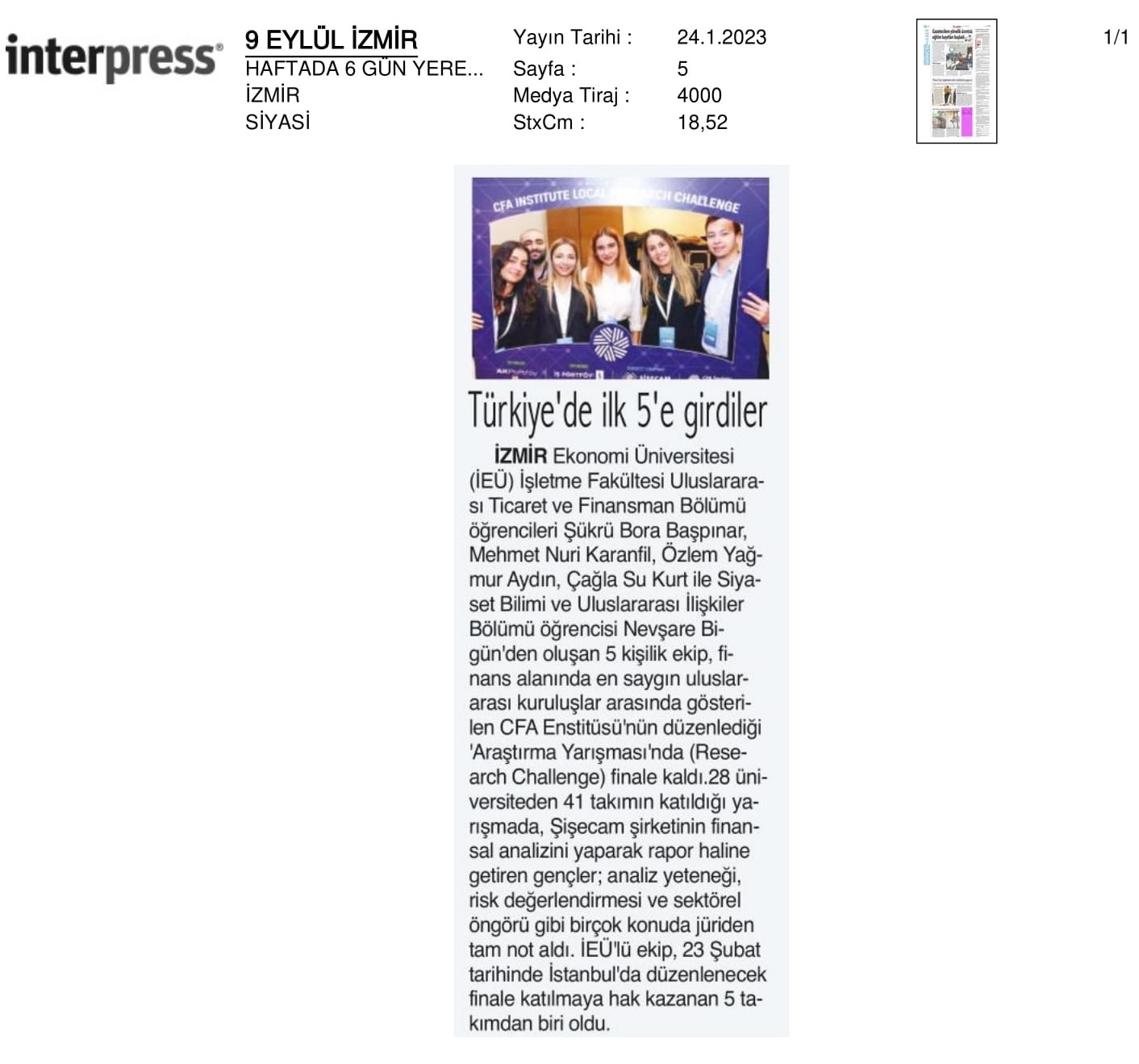 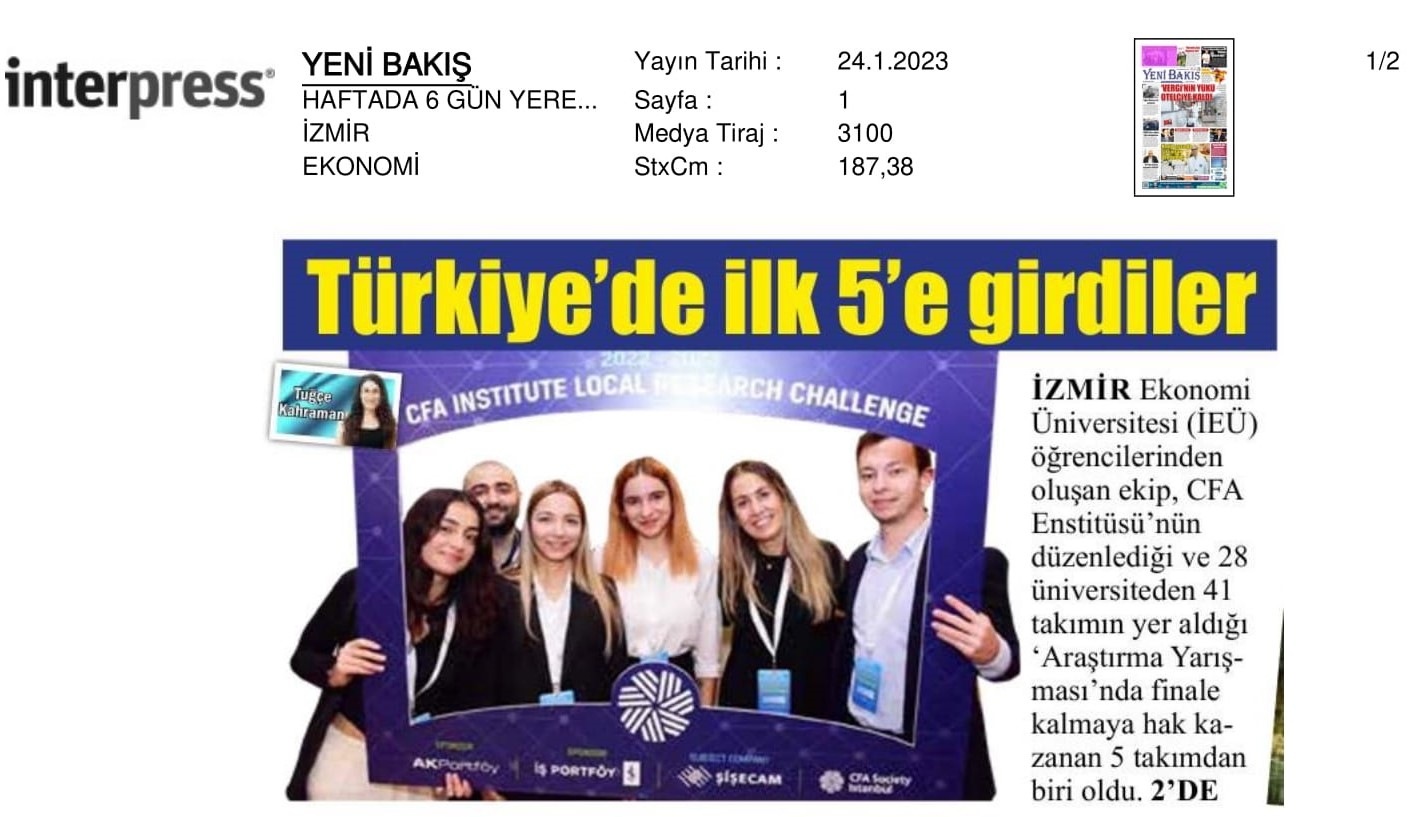 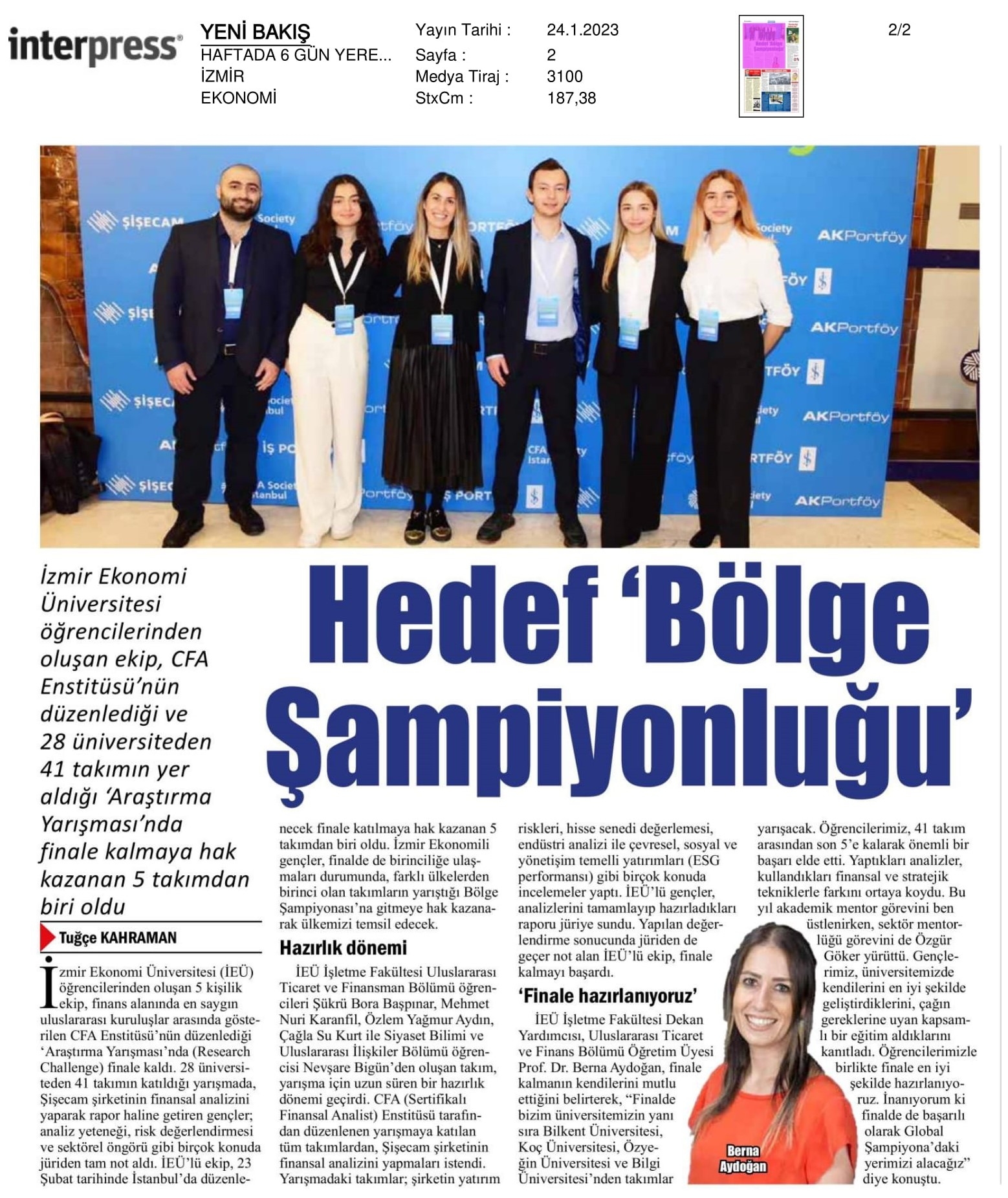 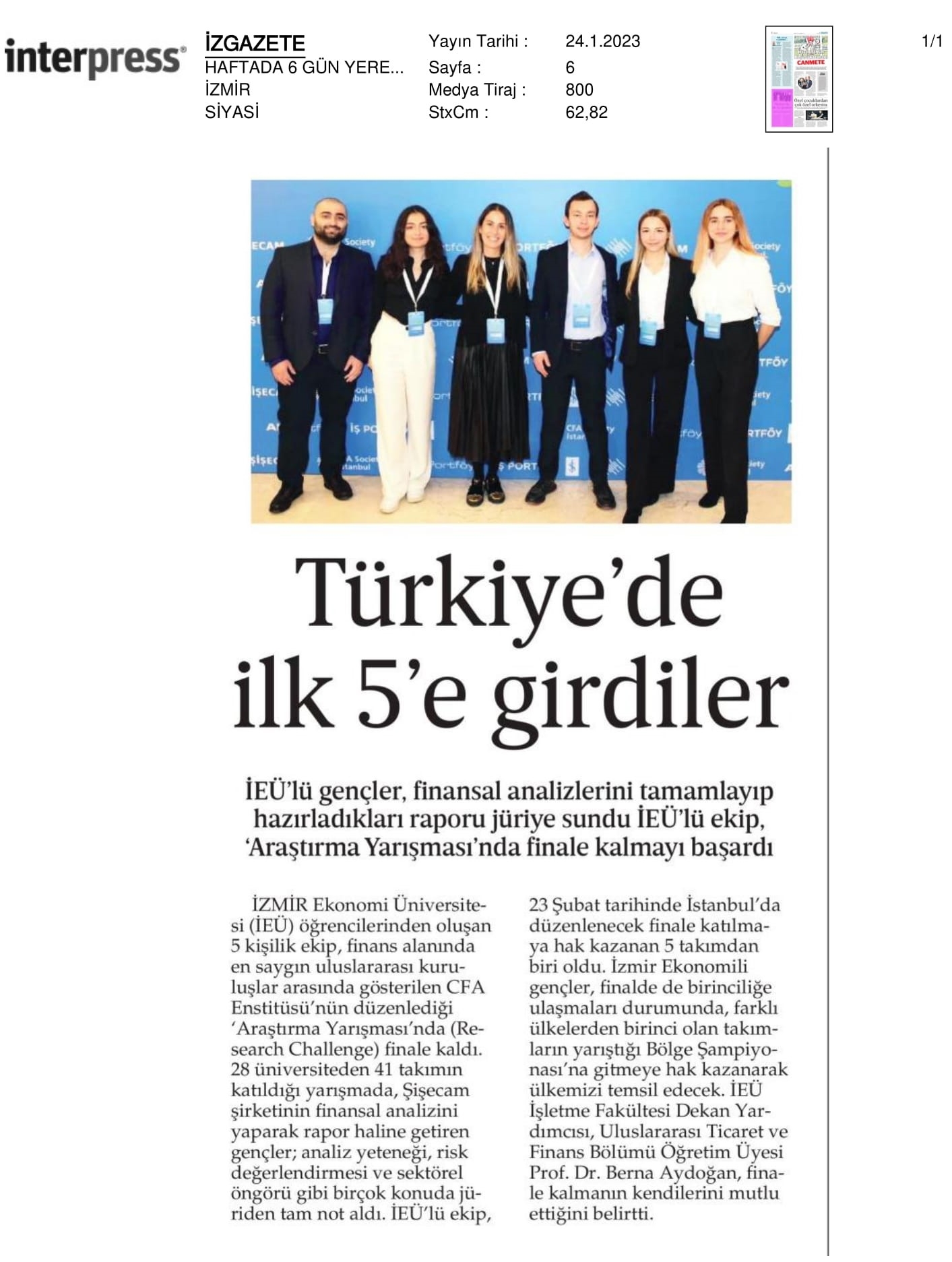