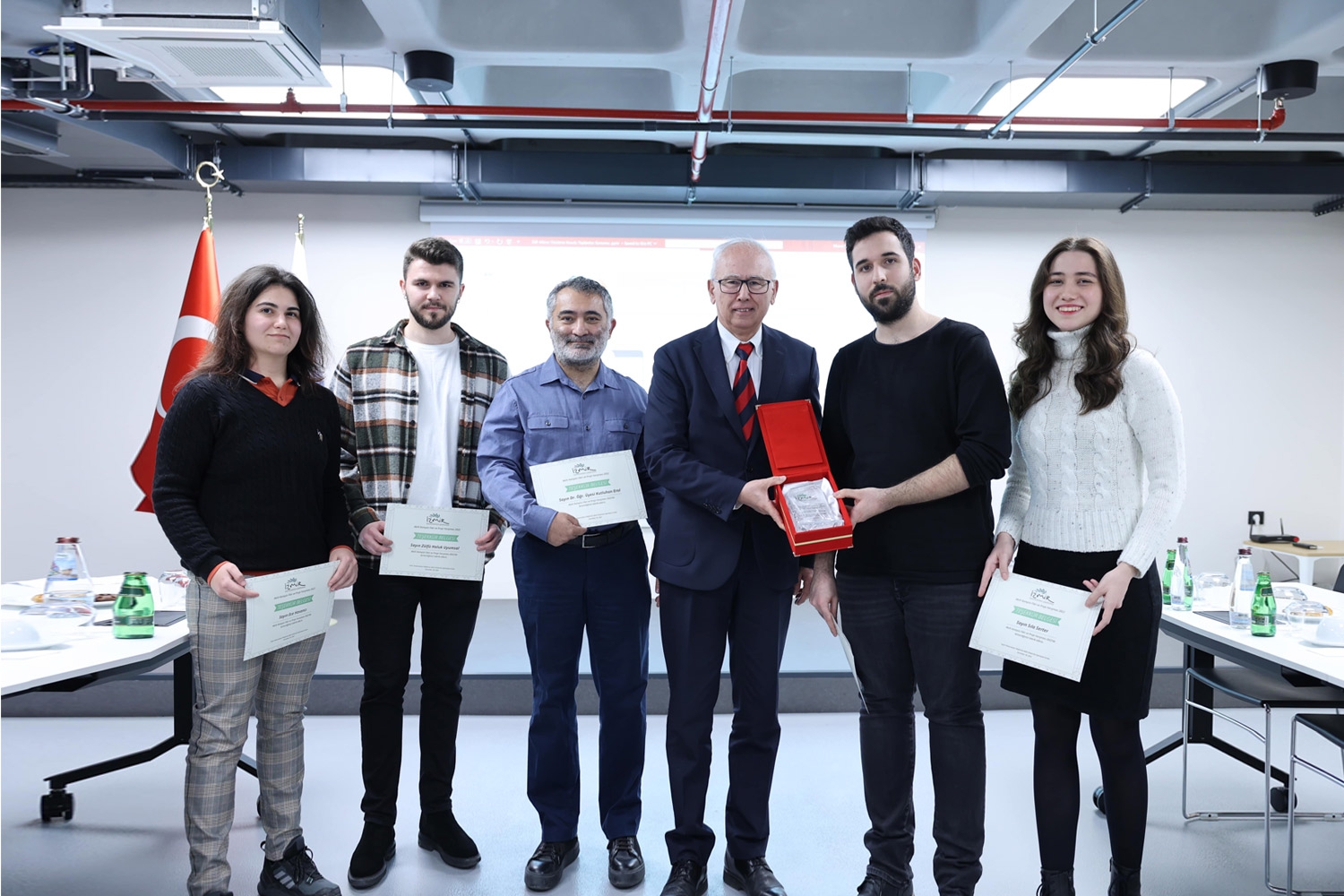 The results of the ‘Smart Campus Idea and Project Competition’ organized by the Izmir Universities Platform (IUP) with the theme of ‘what can be done about sustainability in my university’ have been announced. Asst. Prof. Dr. Cennet Özay and her teammate Asst. Prof. Dr. Rabia Nur Kalem from Izmir Katip Çelebi University won the first place in the academician category with their project called ‘BiomiTree’ in the competition, in which the participants turned into brochures of the environmentalist ideas that they wanted to be implemented on campus. The team formed by Umut Fide, Sıla Serter, Ece Havancı and Zülfü Haluk Uyumsal, who are studying at Izmir University of Economics, won the first place in the student category with their ‘medical rotation application’ Project that they prepared under the supervision of Asst. Prof. Dr. Kutluhan Erol.

The Izmir Universities Platform, formed by the cooperation of 10 higher education institutions in the city, held the last executive board meeting led by Izmir University of Economics (IUE), the period coordinator. At the meeting held at the IzQ Entrepreneurship and Innovation Center, the activities of the platform throughout the year were discussed.

Video and podcast activities with the slogan of ‘Üniversite İzmir’de yaşanır’ (best university city to study at), ‘Youth Fest’ and ‘Republican Fest’, where students made their mark with their performances, and detailed presentations on events organized with the theme of ‘Sustainability and Green Consensus’ were watched by university officials. Winners of the ‘Smart Campus Idea and Project Competition’ organized by IUP were presented their certificates at the end of the meeting. Students and academics, who developed suggestions on which environmentally friendly projects could be carried out on campus, worked with the aim of putting forward ideas that could be a model for universities.

In their project, Asst. Prof. Dr. Cennet Özay and her teammate Asst. Prof. Dr. Rabia Nur Kalem from Izmir Katip Çelebi University suggested growing the eucalyptus plant on campus and generating electricity with the help of environmentally friendly photocells to be placed on trees. Young people from IUE, who were awarded the first place in student category, focused on the development of a mobile application where medical students working in the hospital could record their daily activities. In the project, it was stated that these procedures, which will be done through the mobile application instead of filling out documents, will speed up the process and thus prevent the waste of paper that is experienced every day.

IUE Rector Prof. Dr. Murat Aşkar stated that as a platform, they have been working on the theme of ‘Sustainability and Green Consensus’ in the last one year, and that the competition was organized within this scope. Aşkar said, “Our biggest goal in the competition was to increase environmental awareness. We clearly feel the effects of global climate change in our lives. Resources are dwindling around the world. Young people, who are the owners of the future, have to be sensitive about the environment. We must do this for a healthy and livable world. Academics and students came up with very good ideas in line with the theme of the competition. Congratulations to everyone who participated in the competition.”

WE WORKED FOR OUR CITY AND YOUTH

Stating that Izmir Democracy University will undertake the execution of the platform in 2023, Rector Aşkar continued as follows: “As higher education institutions in Izmir, we have achieved important works in 2022 by establishing a strong cooperation. We acted together with youth and tried to create added value for our city. We acted in full harmony, with a communication that will set an example for other cities. Video and podcast activities with the slogan of ‘Üniversite İzmir’de yaşanır’ (best university city to study at), ‘Youth Fest’ and ‘Republican Fest’, were among the best examples of these. Many thanks to everyone who contributed to the projects. I believe that the Platform will continue to produce for our country, city and youth by carrying out successful projects in 2023.” 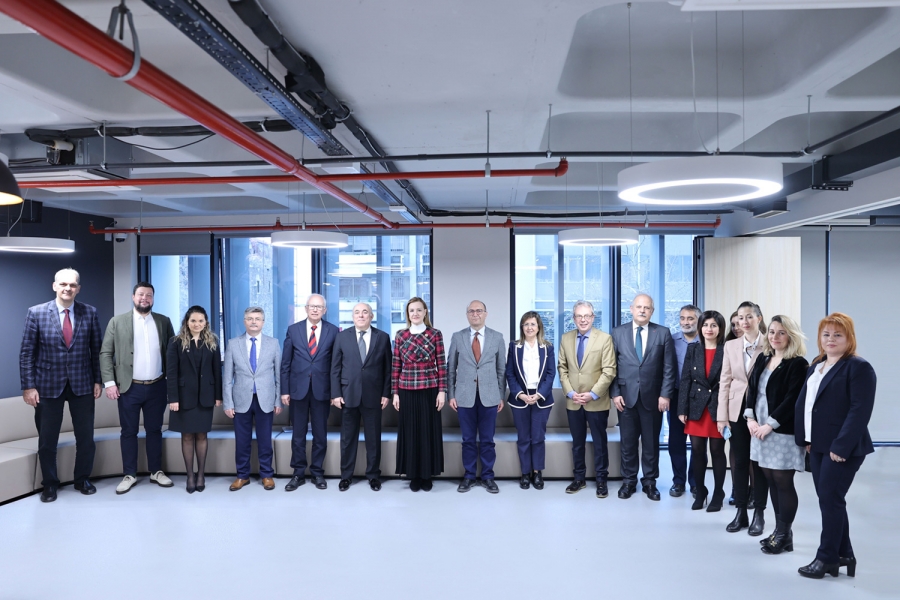 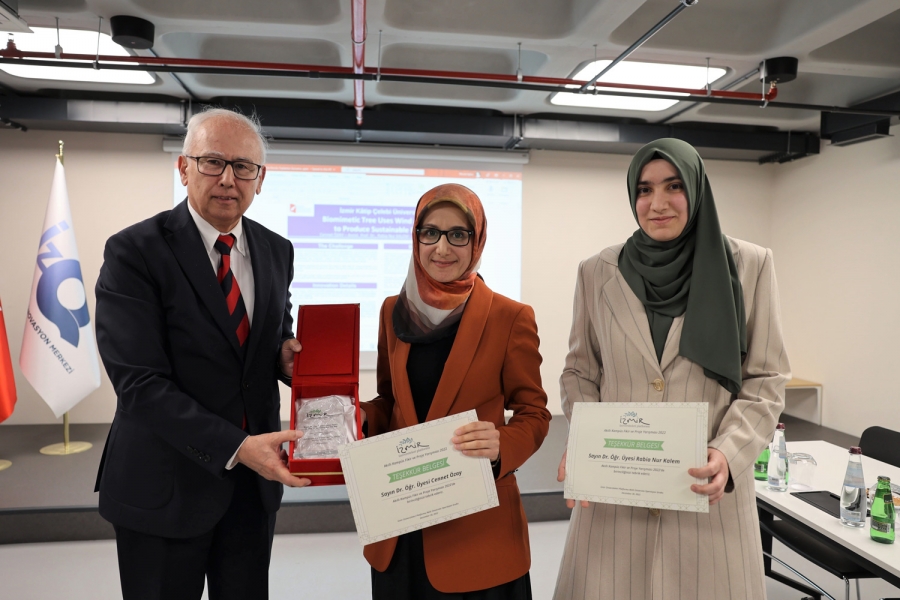 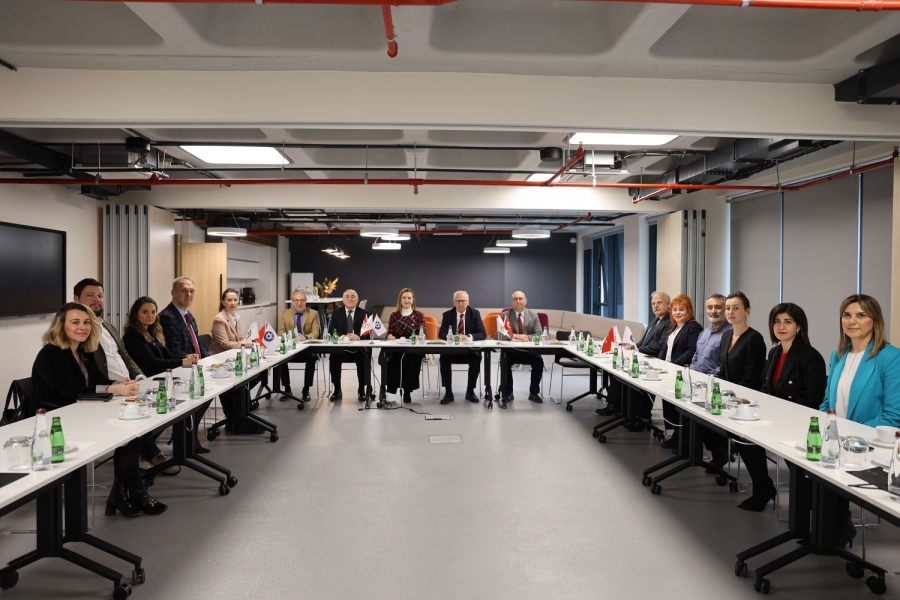 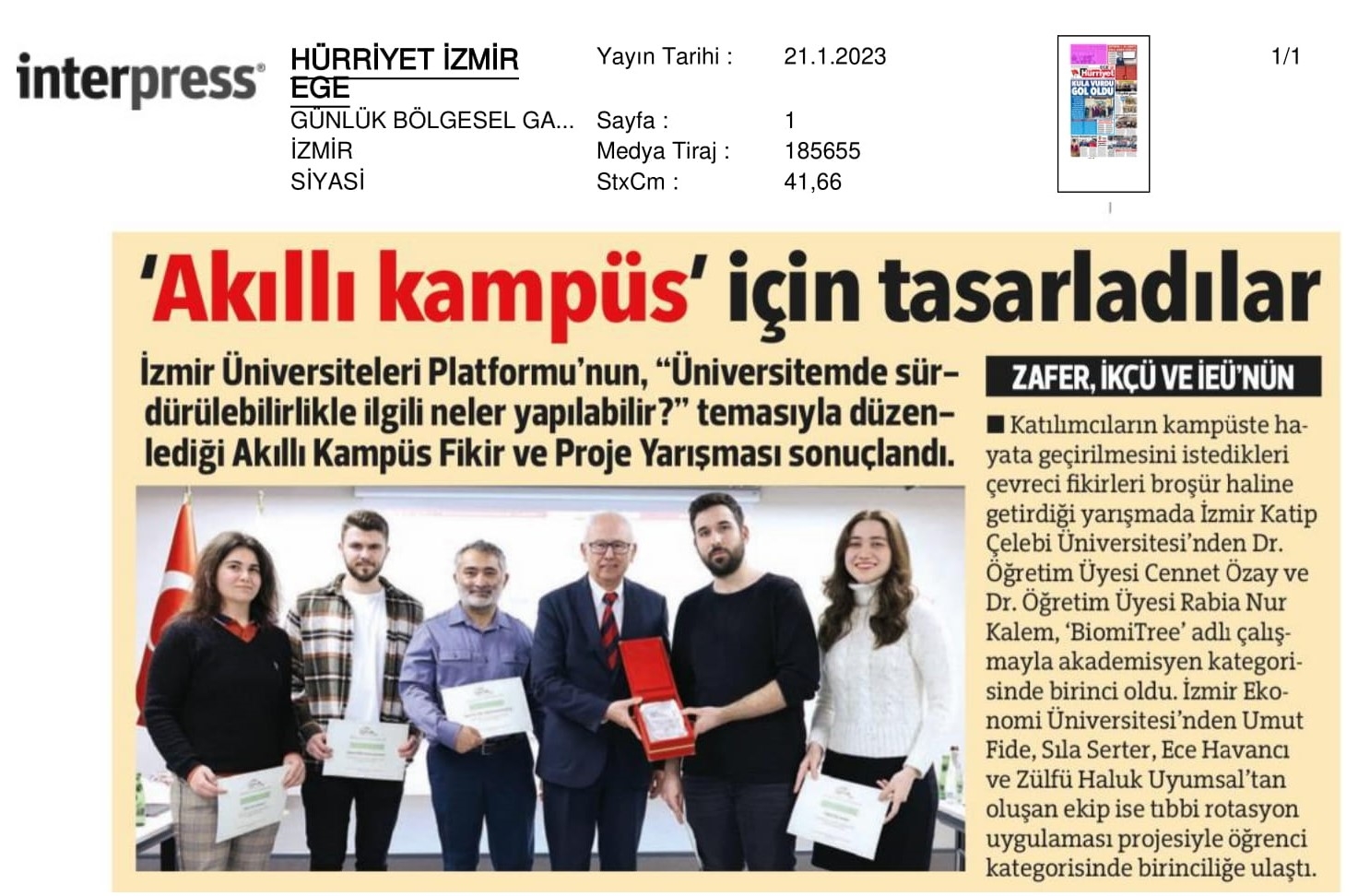 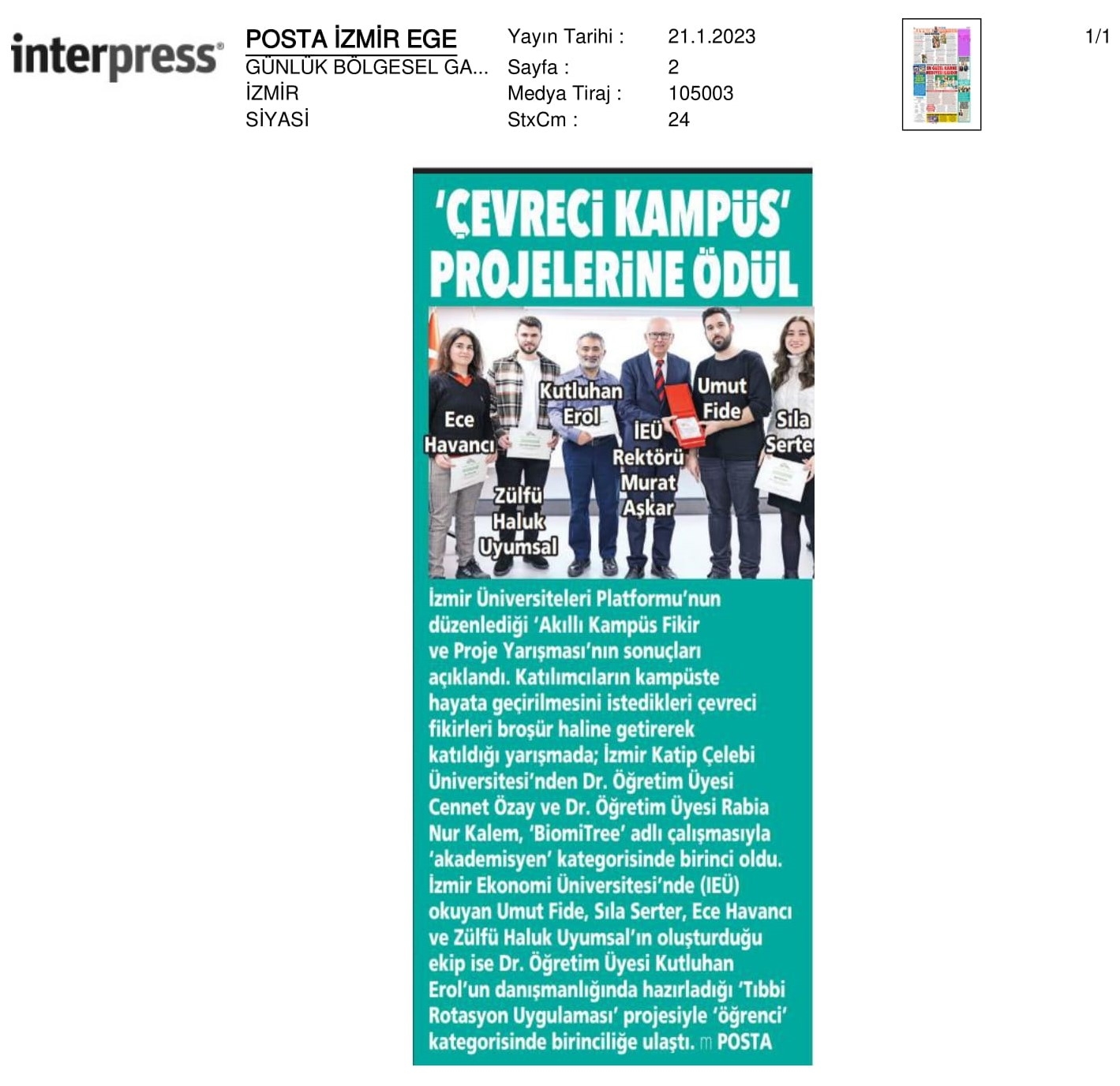 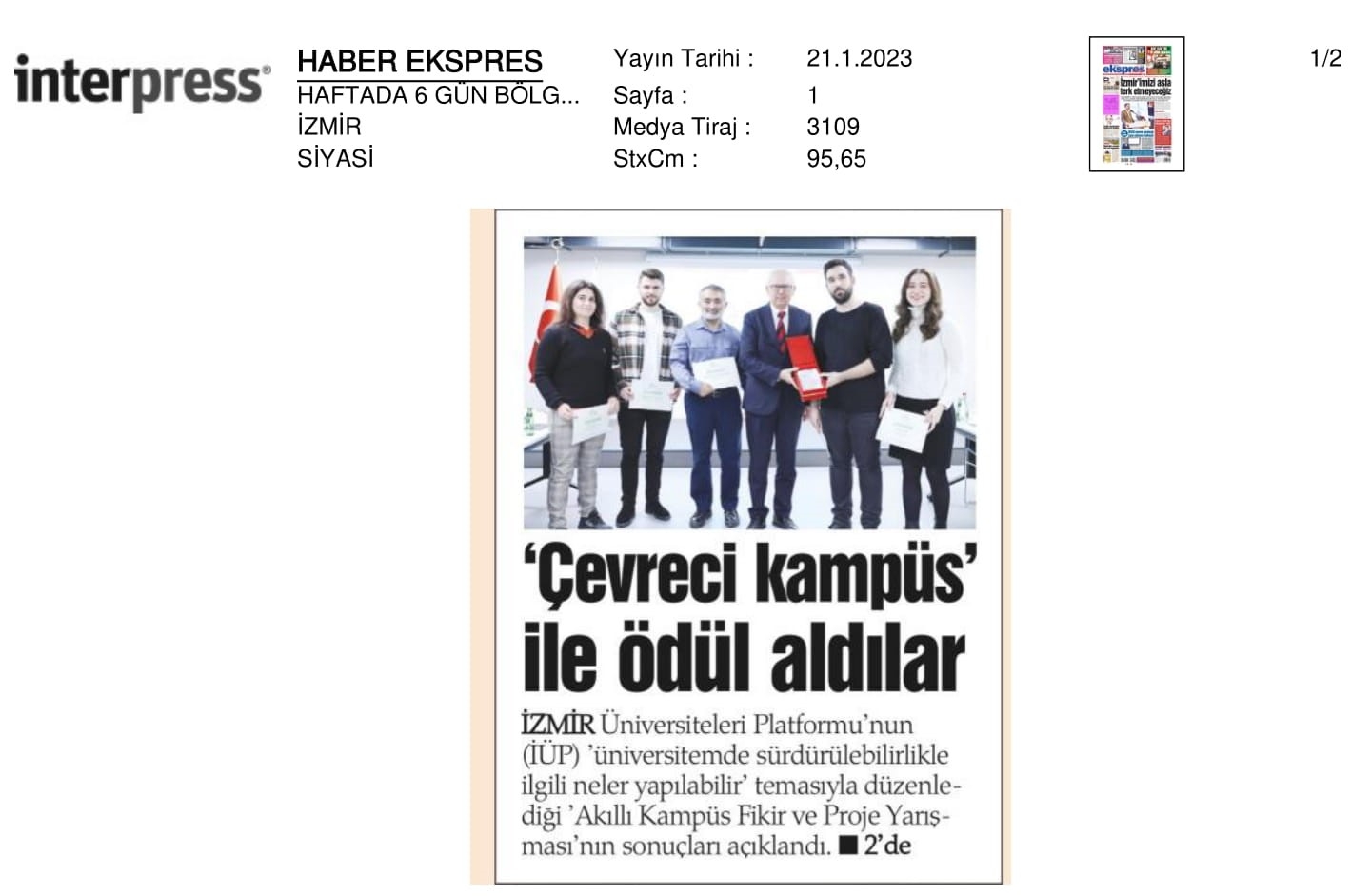 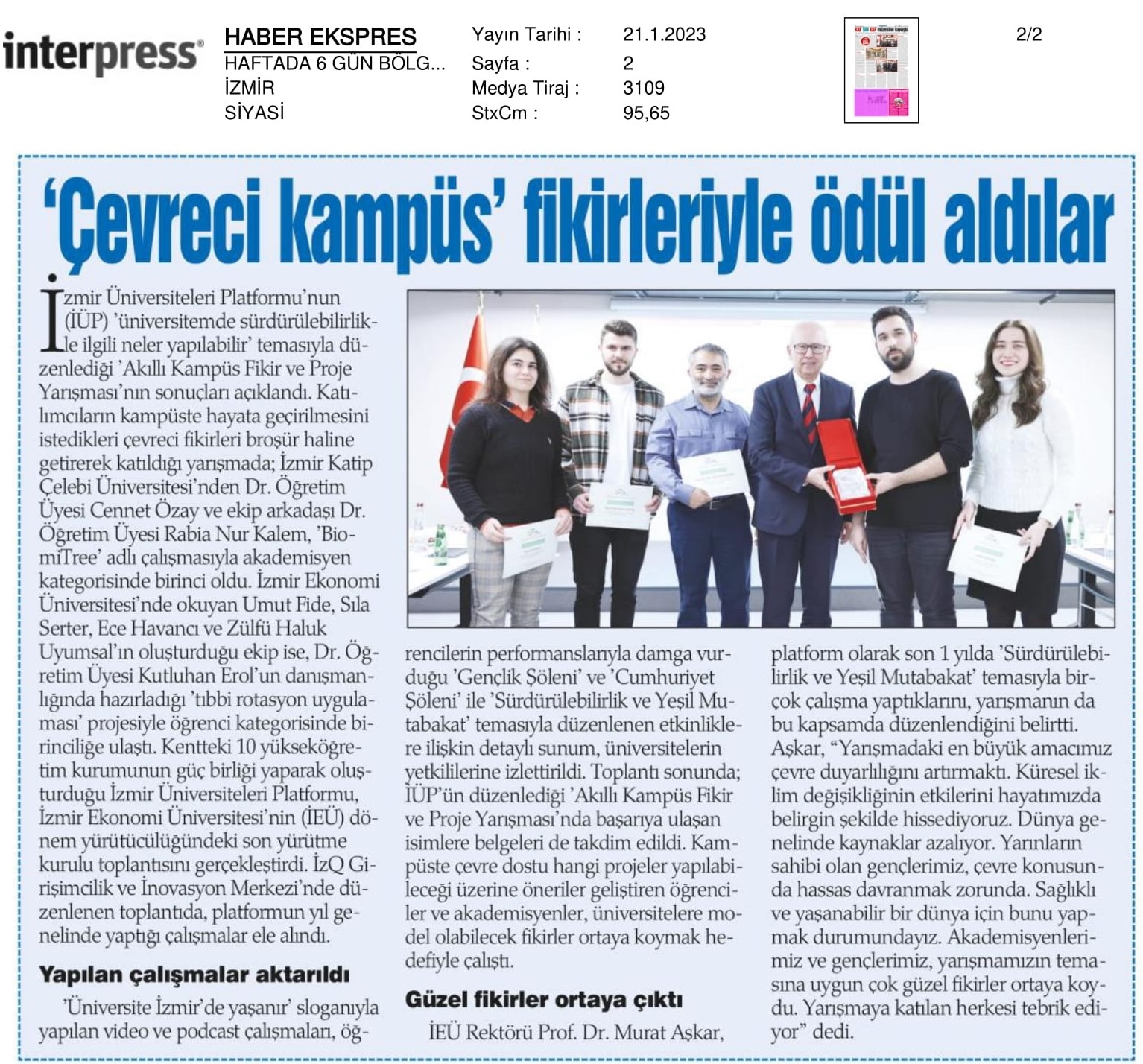 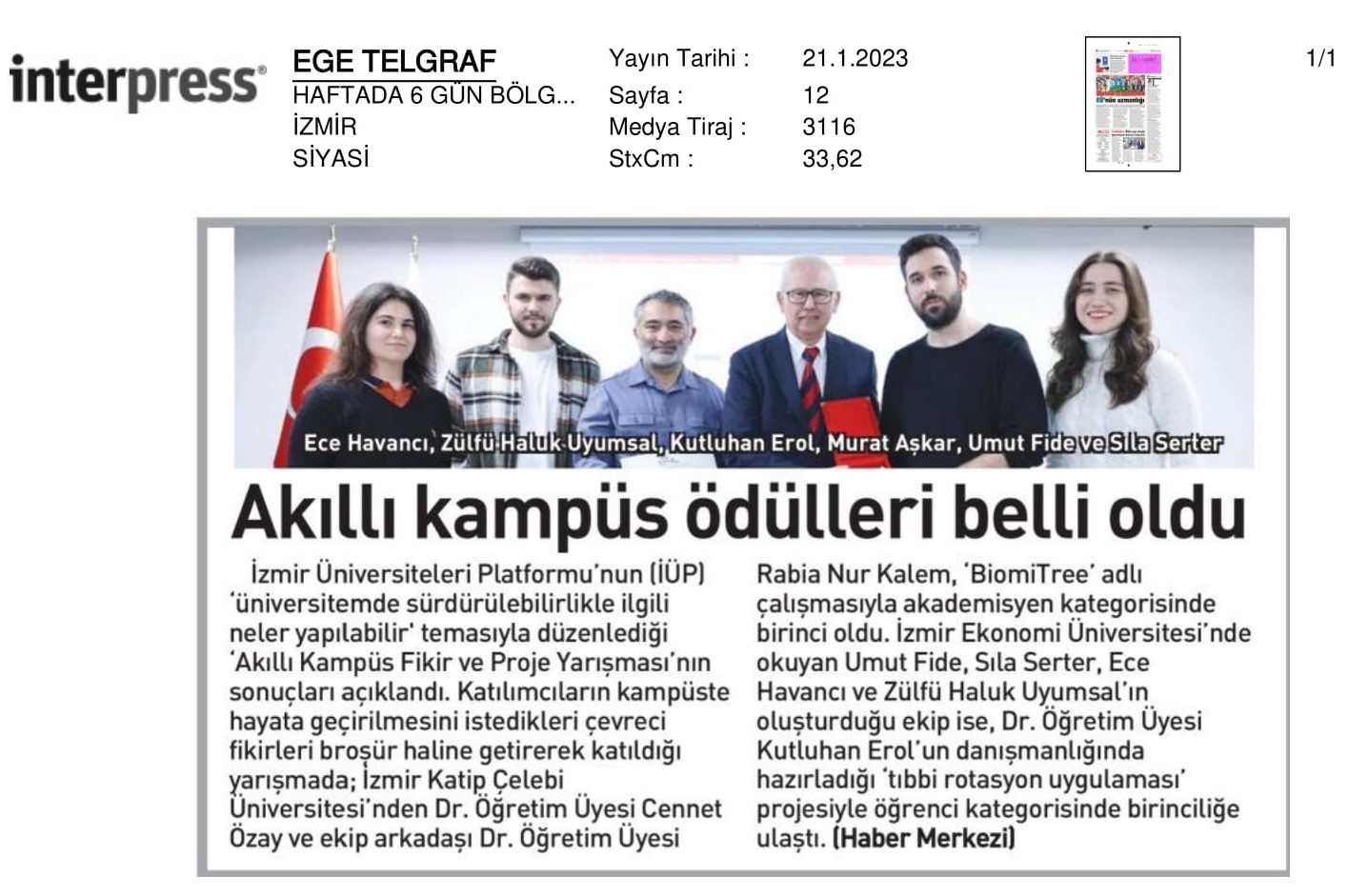 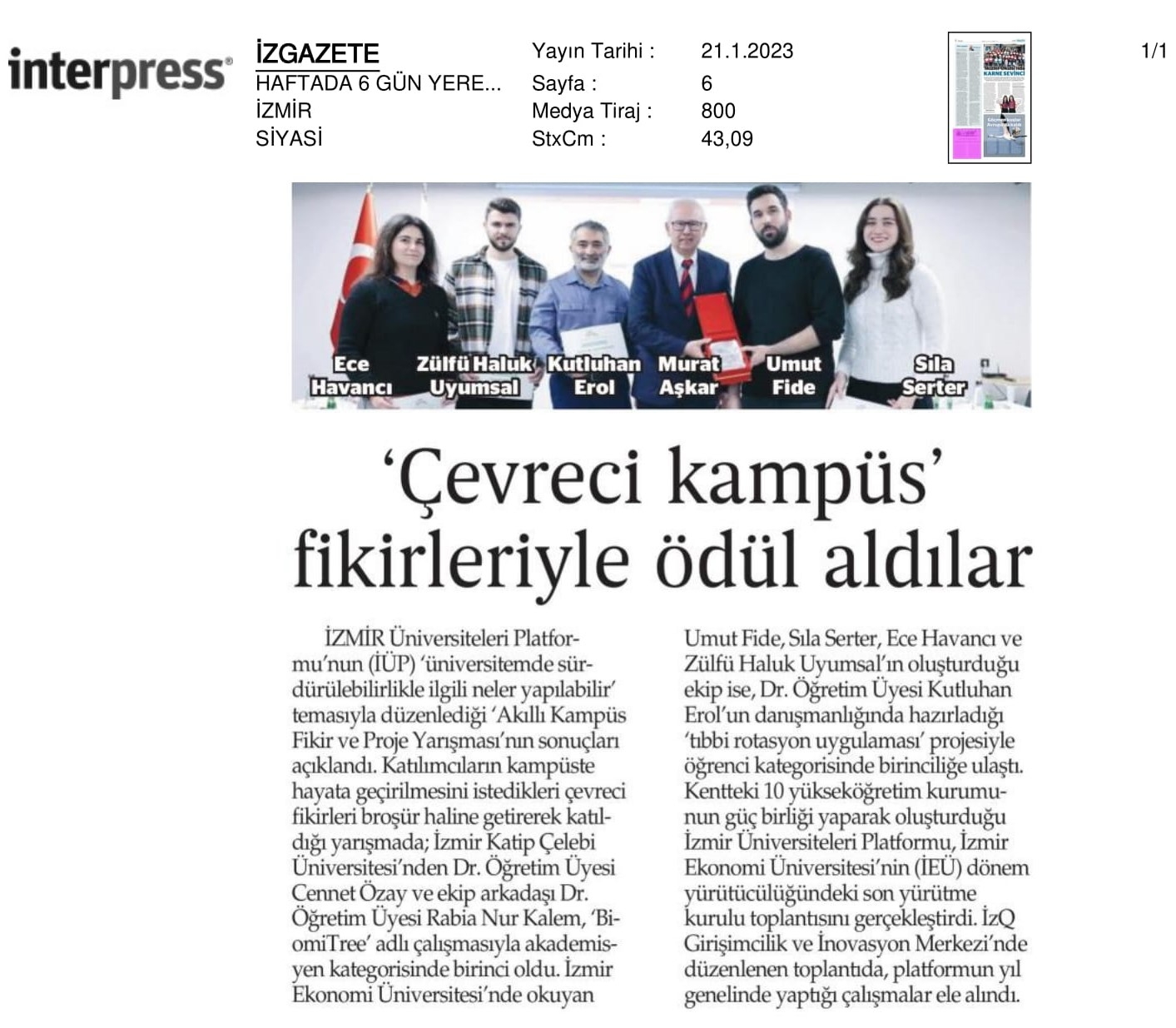 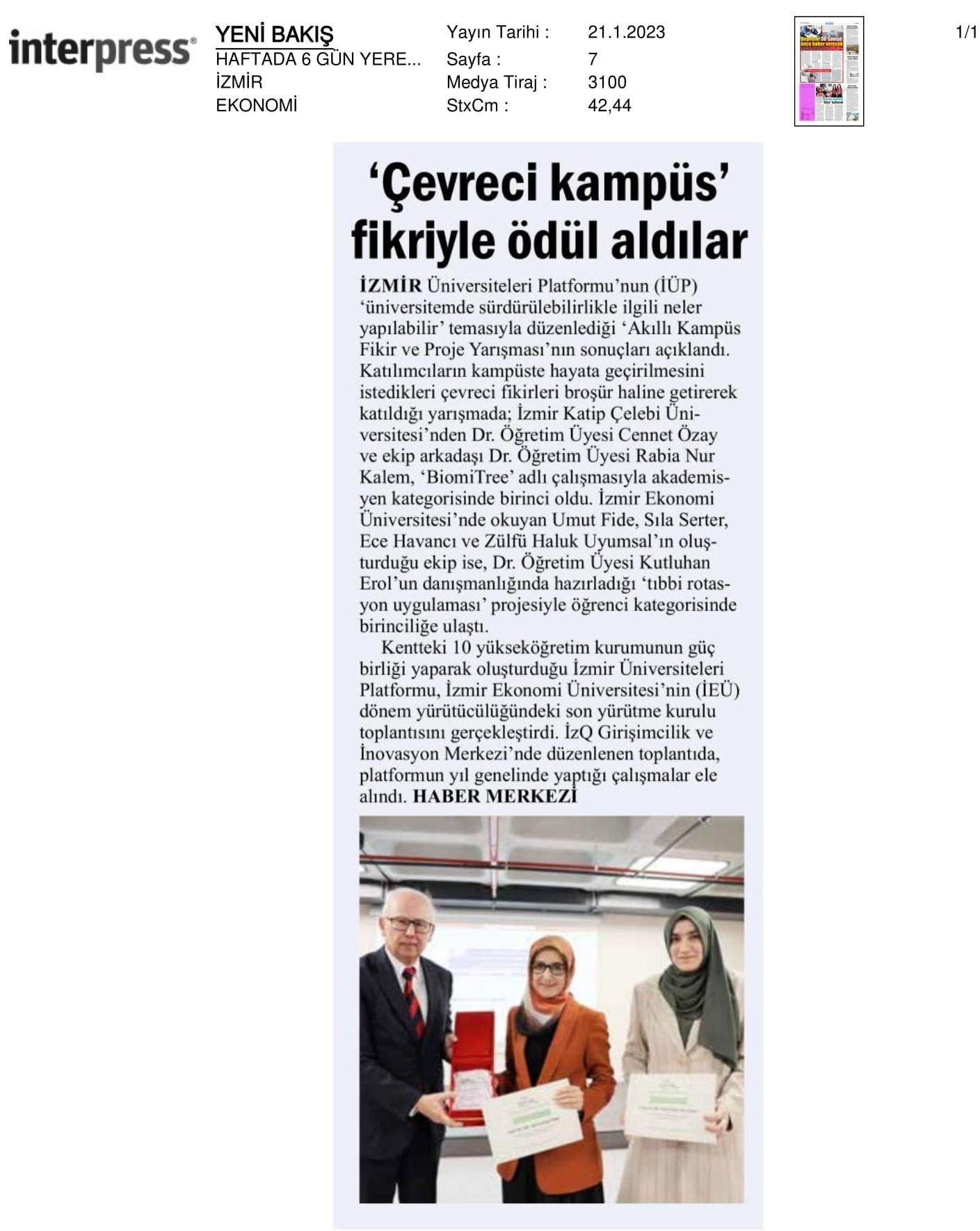 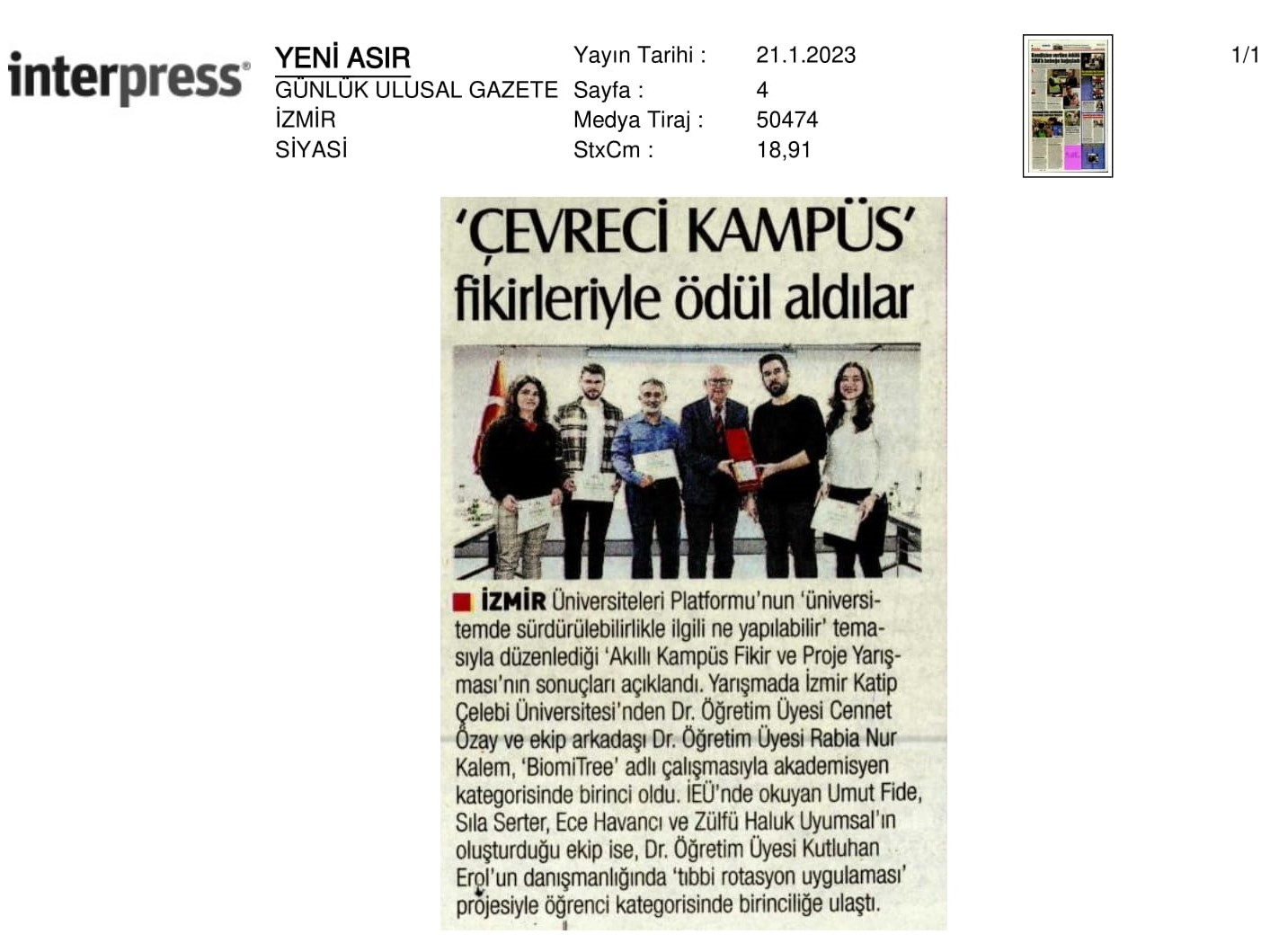 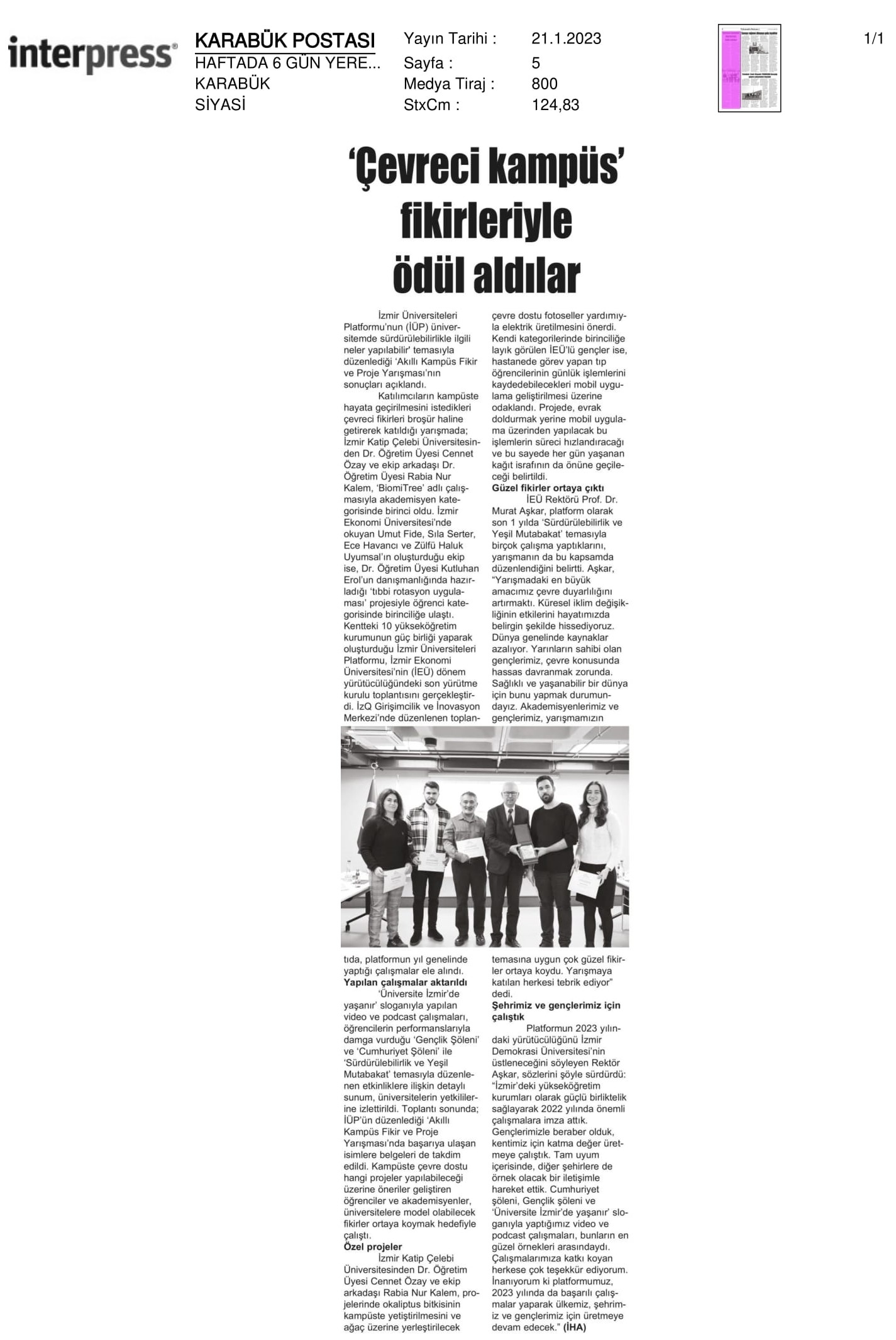