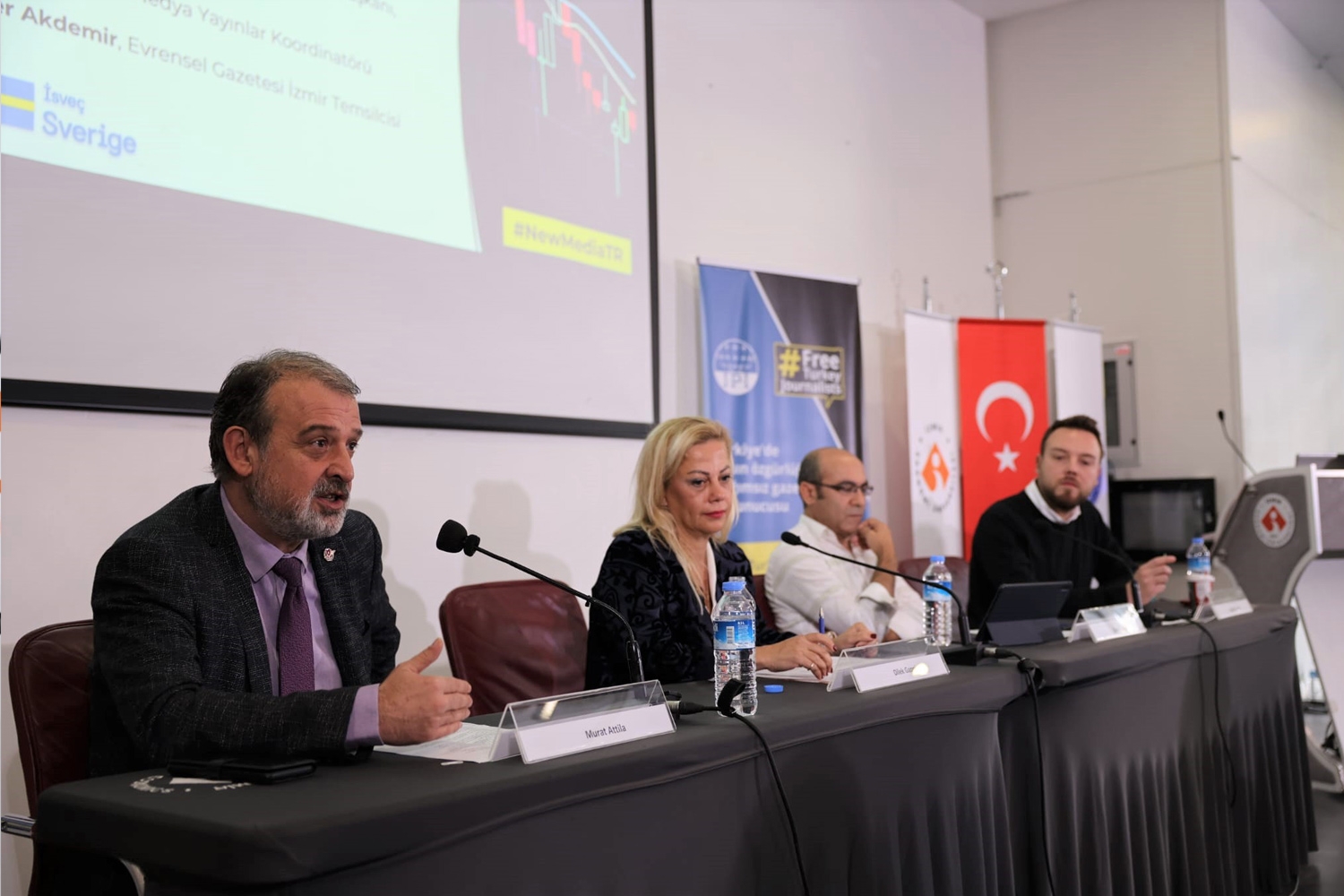 International Press Institute (IPI) organized a symposium on ‘Economy and Financial Sustainability of Media’ hosted by Izmir University of Economics (IUE). Current issues such as sustainability in the local media, financing of investigative journalism and on-the-scene journalism were evaluated with the participation of experienced journalists in the symposium consisting of 6 panels in total.

What needs to be done for a dynamic and sustainable media system was discussed at the ‘Economy and Financial Sustainability of Media’ symposium held in the Multi-Purpose Hall located on the campus of Izmir University of Economics in Balçova.  6 different panels were organized at the symposium, which were ‘Sustainable journalism in local media’, ‘Question and answer with Reha Başoğul’, 'A job with a budget: On the scene journalism, freelance work’, Financing of investigative journalism, ‘An example from Hungary, Europe’ and ‘Documentary film screening and question-and-answer with the director’. The symposium that continued throughout the day started with the speeches of IUE Vice-Rector Prof. Dr. Çiğdem Kentmen Çin, Dean of the Faculty of Communication Prof. Dr. Ebru Uzunoğlu and İpek Yezdani, Vice President of the IPI Turkey National Committee.

FINANCING SHOULD BE GUARANTEED

Prof. Dr. Ebru Uzunoğlu, Dean, IUE Faculty of Communication, stated that the new generation identifies the transformation in journalism and the media very well. Uzunoğlu said, “The new generation profile identifies the evolving demands of journalism and the media industry better. They want to use new media skills required by digital channels to create a new understanding of journalism based on their own style and needs. While the importance of reliable, independent, quality journalism is more important than ever, these students give us hope. The value of the IPI Turkey National Committee's effort to bring journalists and students together is evident here. I want you to know that we are ready to take responsibility as a faculty. These responsibilities are not limited to producing information, giving lectures, and reflecting the experience and knowledge of academics to education. Increasing the platforms we cooperate with, organizing qualified events, and developing joint solution proposals are among our biggest goals.”

Pointing out that journalism is primarily a business for public interest and therefore the press should be free and independent, İpek Yezdani, Vice President of the IPI Turkey National Committee, continued as follows: “It should not be forgotten that journalism is also a commercial activity and a branch of industry. At the end of the day, journalism is also a professional profession. Both media owners and journalists need a decent income and financial sustainability to be able to report objectively, balanced, accurately and independently. We will try to find answers to questions such as how to create a dynamic and sustainable new media in Turkey in this symposium.”

Speaking at the panel titled, ‘Sustainable Journalism in Local Media’, Dilek Gappi, President of Izmir Journalists' Association (IGC), emphasized that the way to create quality and original content in local media is through freedom of the press. Gappi said, “The issue of how and by whom the media organizations will be financed should be handled in a way that does not prevent the restriction of editorial freedoms. When we look at the digital revenue model in the local media, news that is agitated to get more ‘clicks’, that is, to be read more, or where the subject and content are completely different, are published. Maybe the number of clicks increases at first, but you will lose the trust of the reader in the future.” Reminding that the public and urban dynamics also have responsibilities, Gappi said, “Central government, in particular, local governments, non-governmental organizations, in short, all dynamics that owe money to the city they live in, can support the local media by buying at least one local newspaper every day.” The panel titled ‘Sustainable Journalism in Local Media’ was moderated by Mustafa Kuleli, Vice President, European Federation of Journalists (EFJ), and Manager, Turkish Journalists Union (TGS), with the participation of Murat Atilla, Coordinator, IZ Media Publications, and Özer Akdemir, Izmir Representative of Evrensel Newspaper. 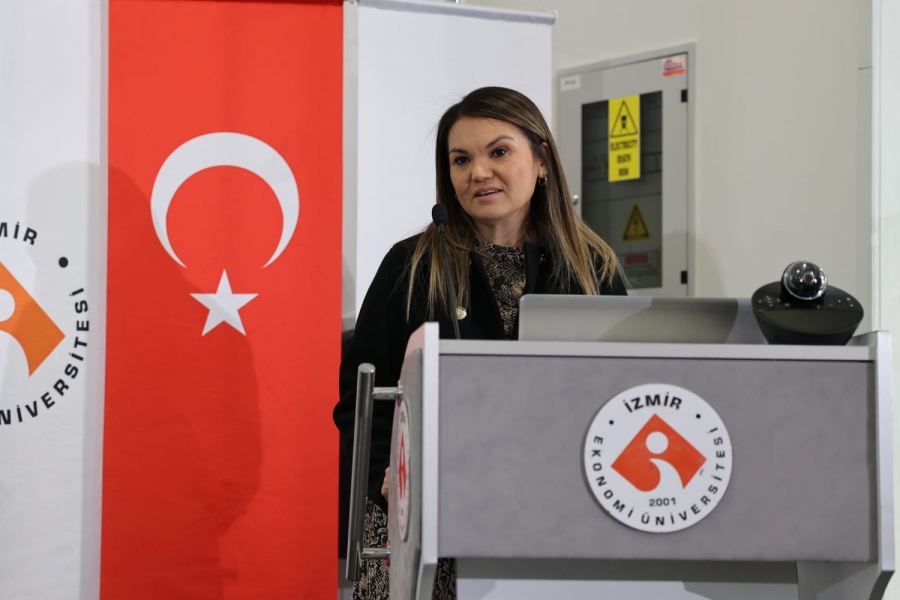 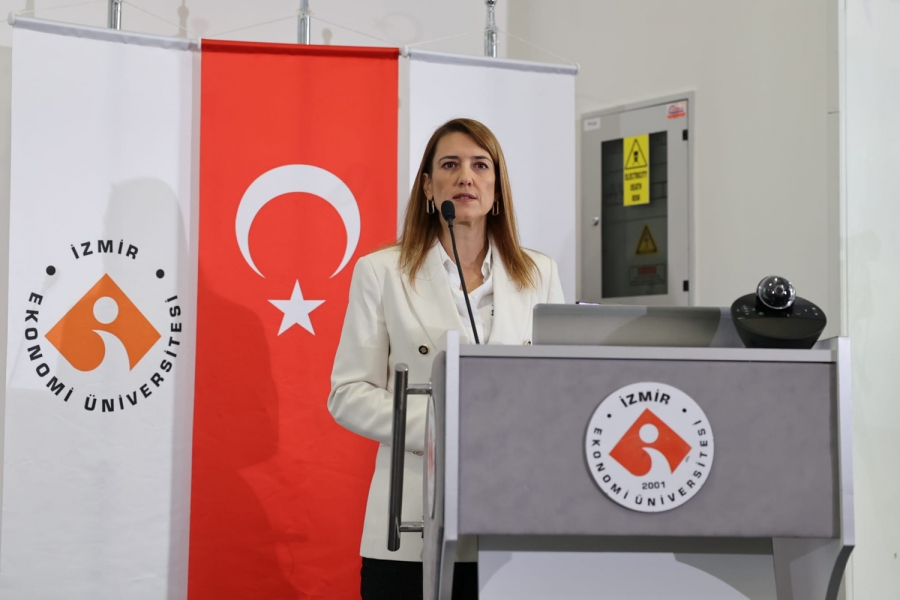 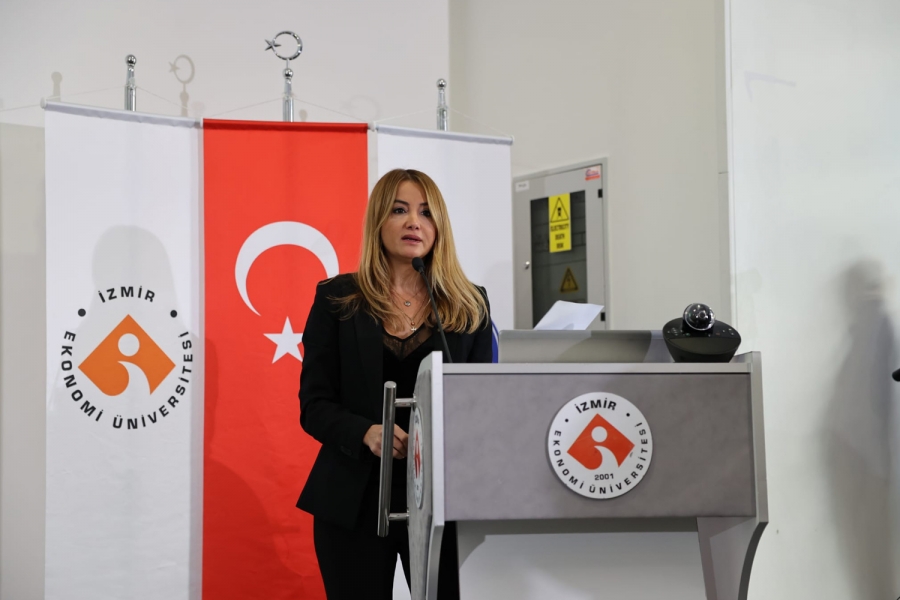 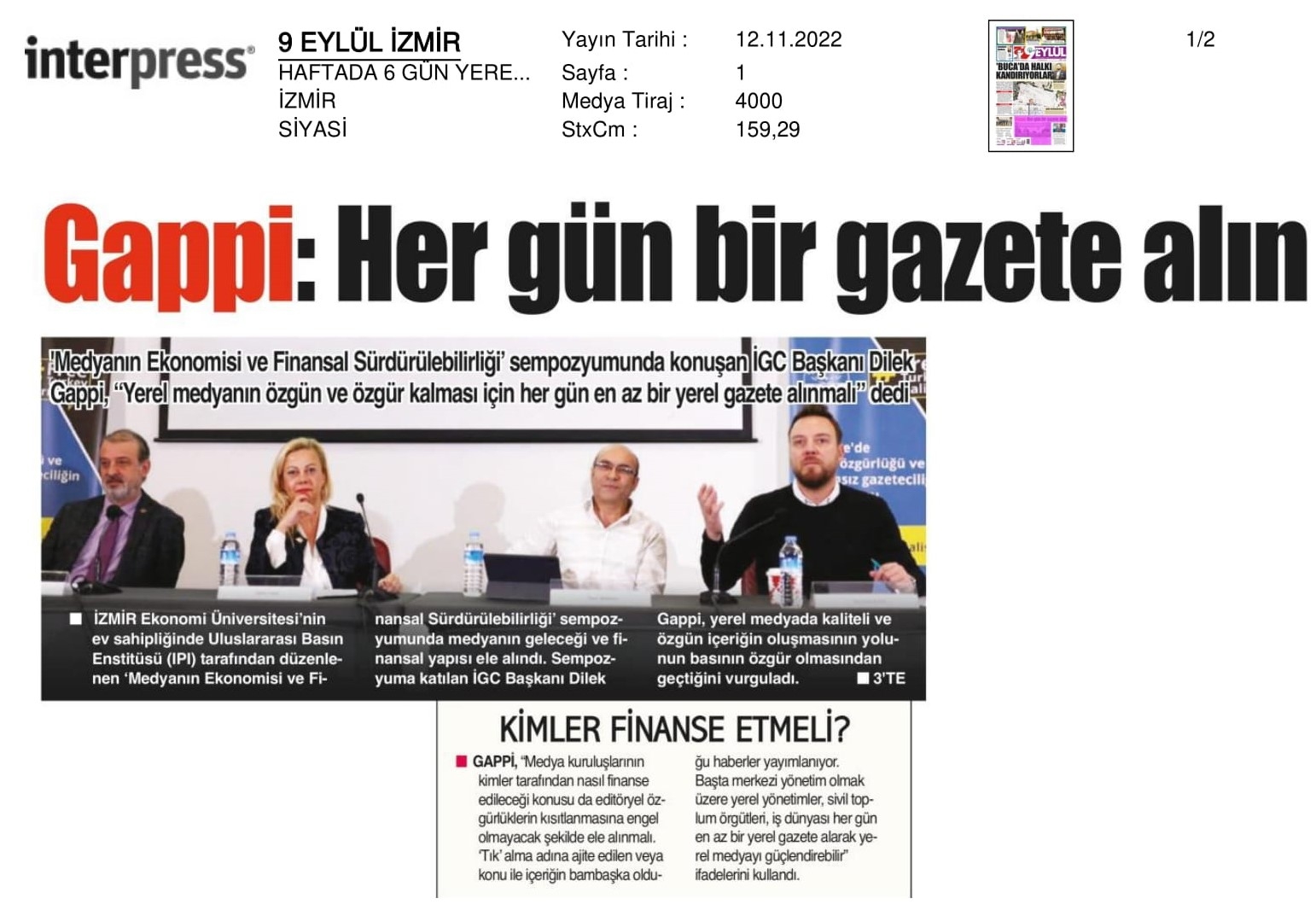 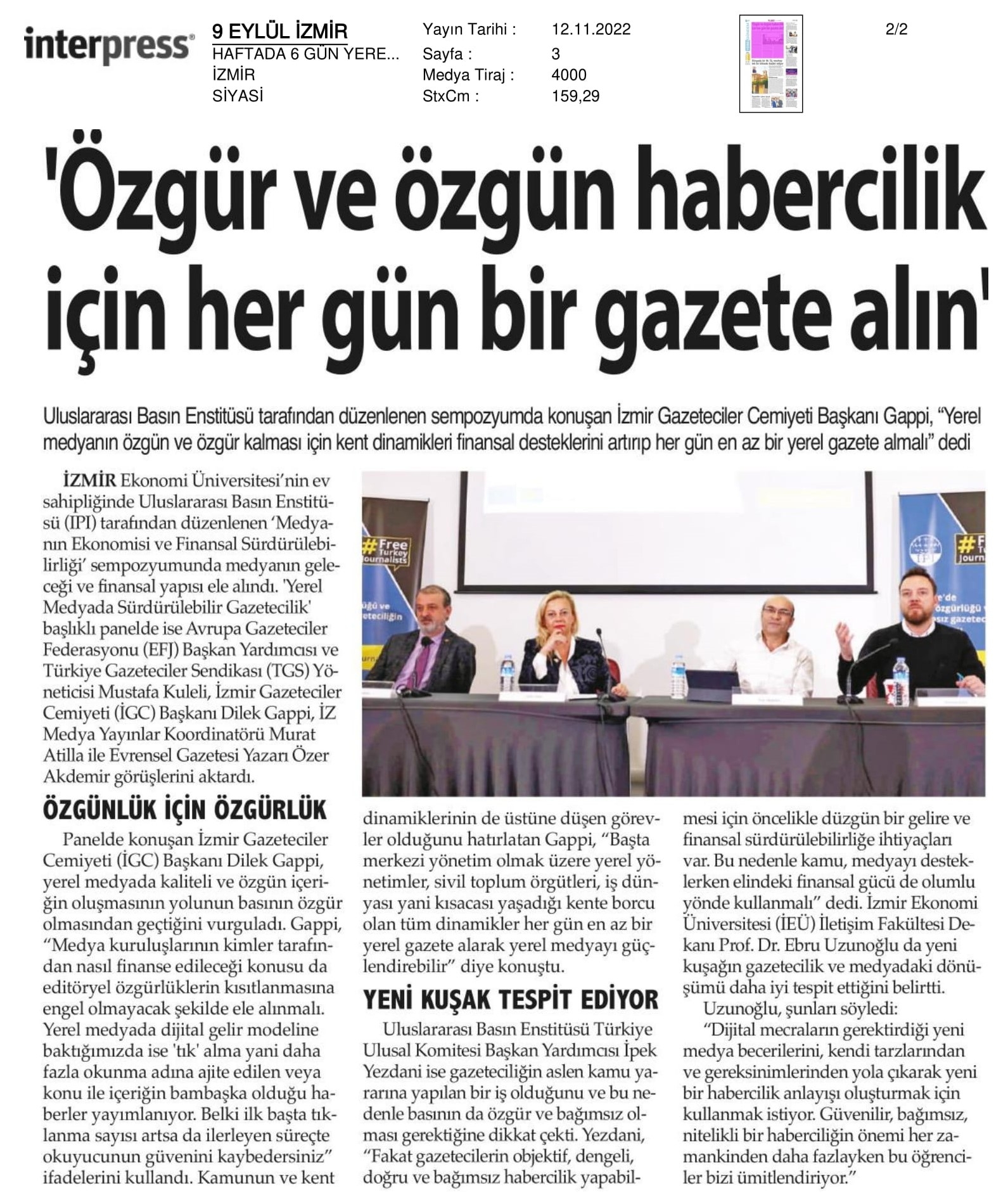 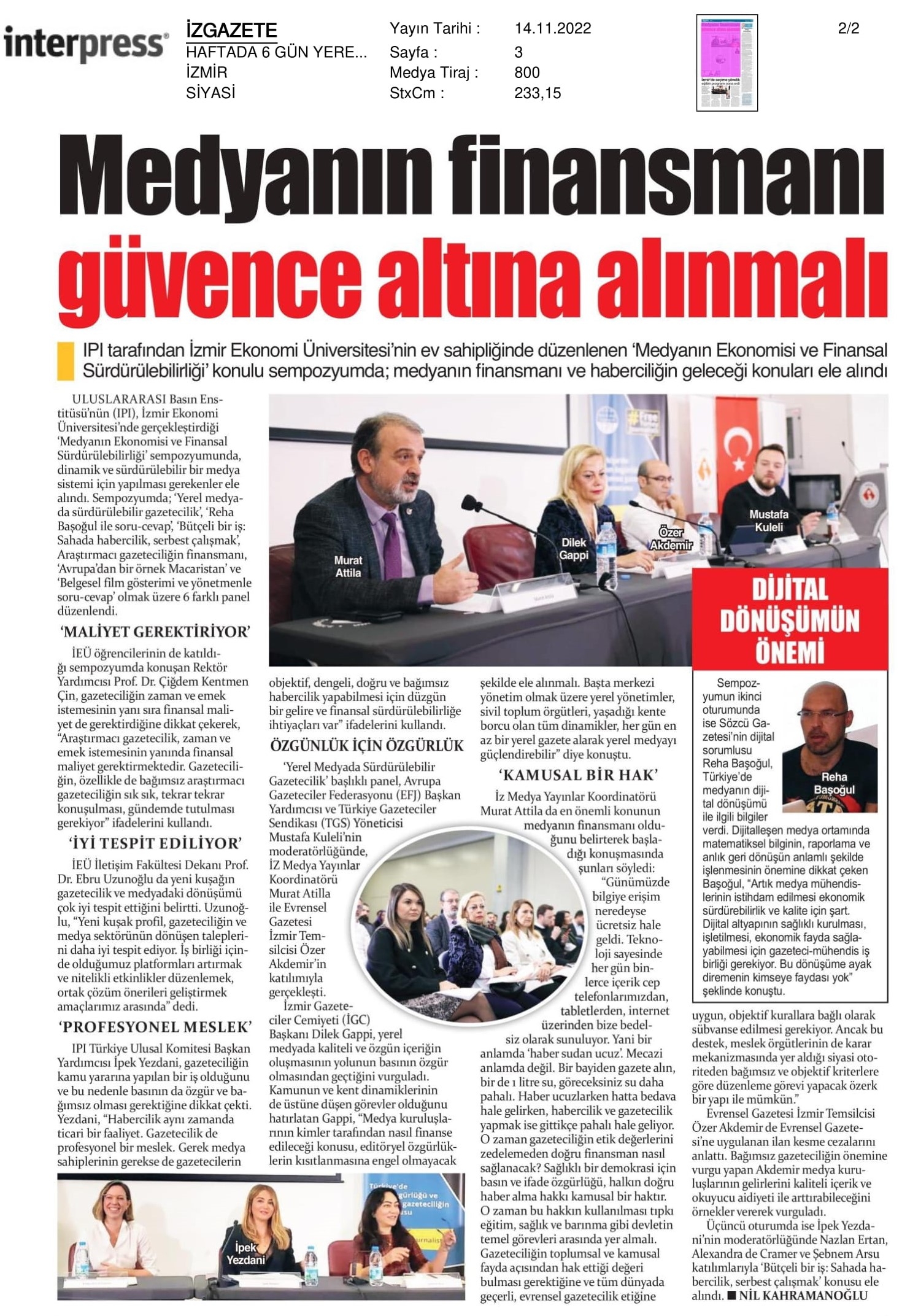 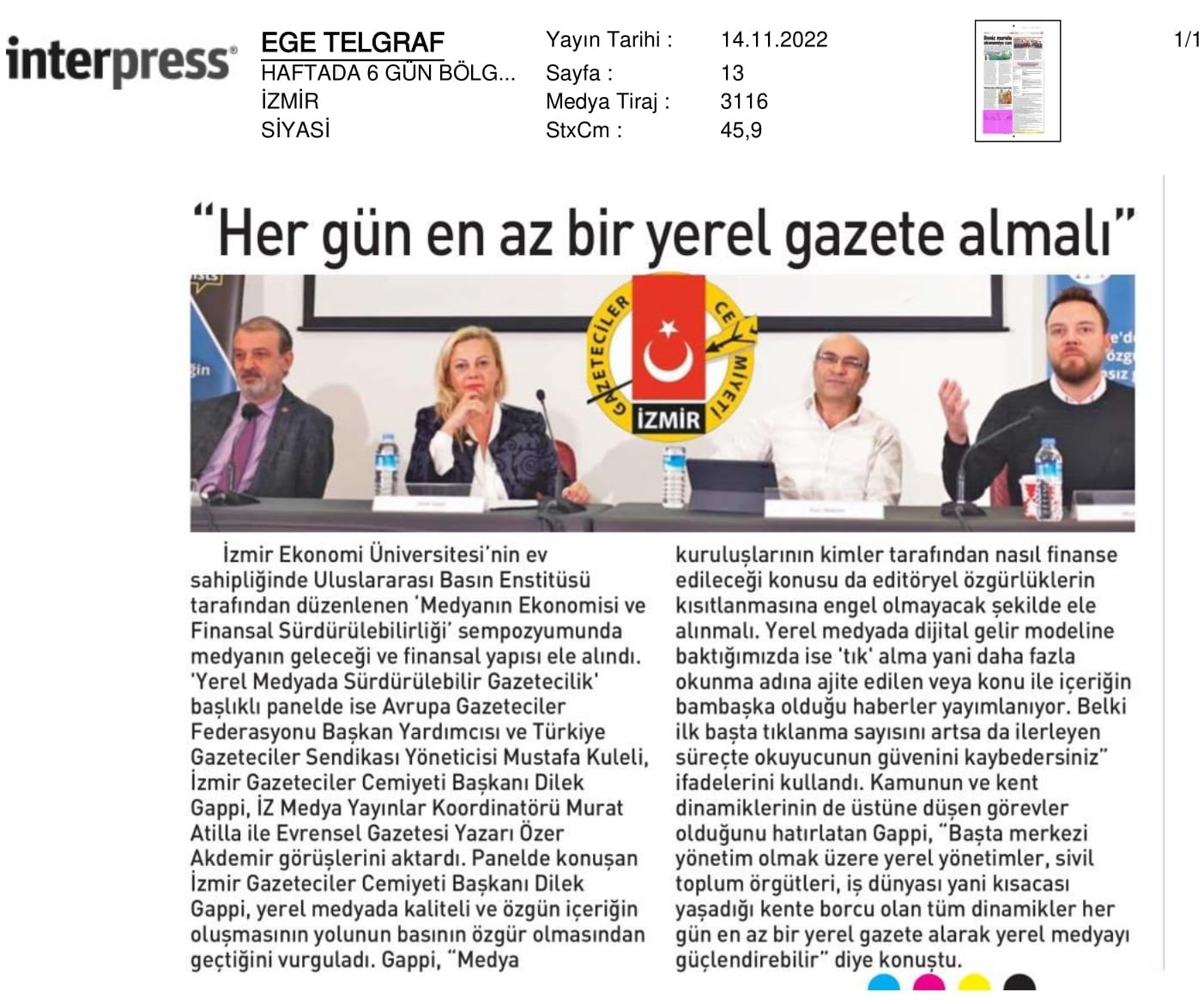 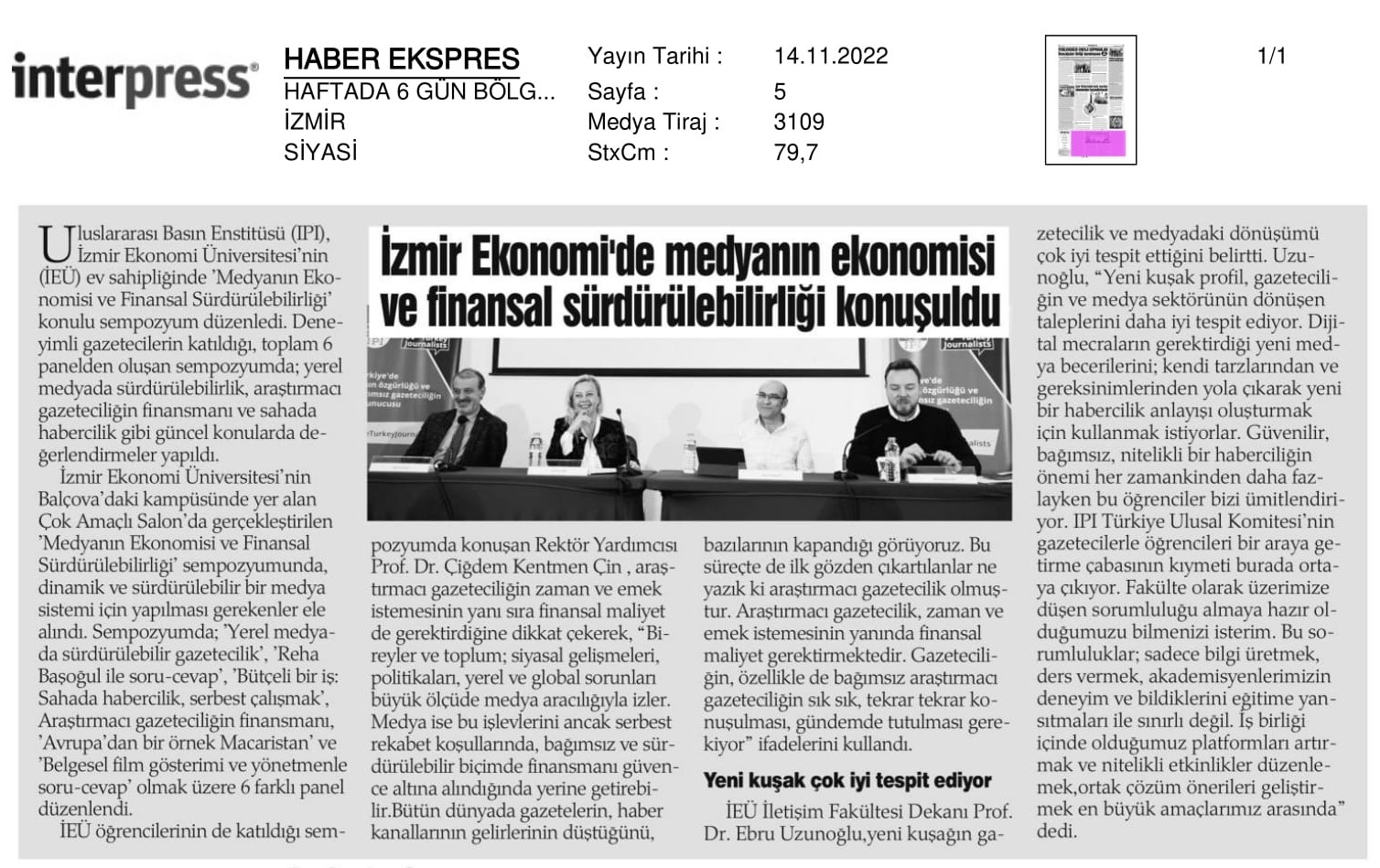 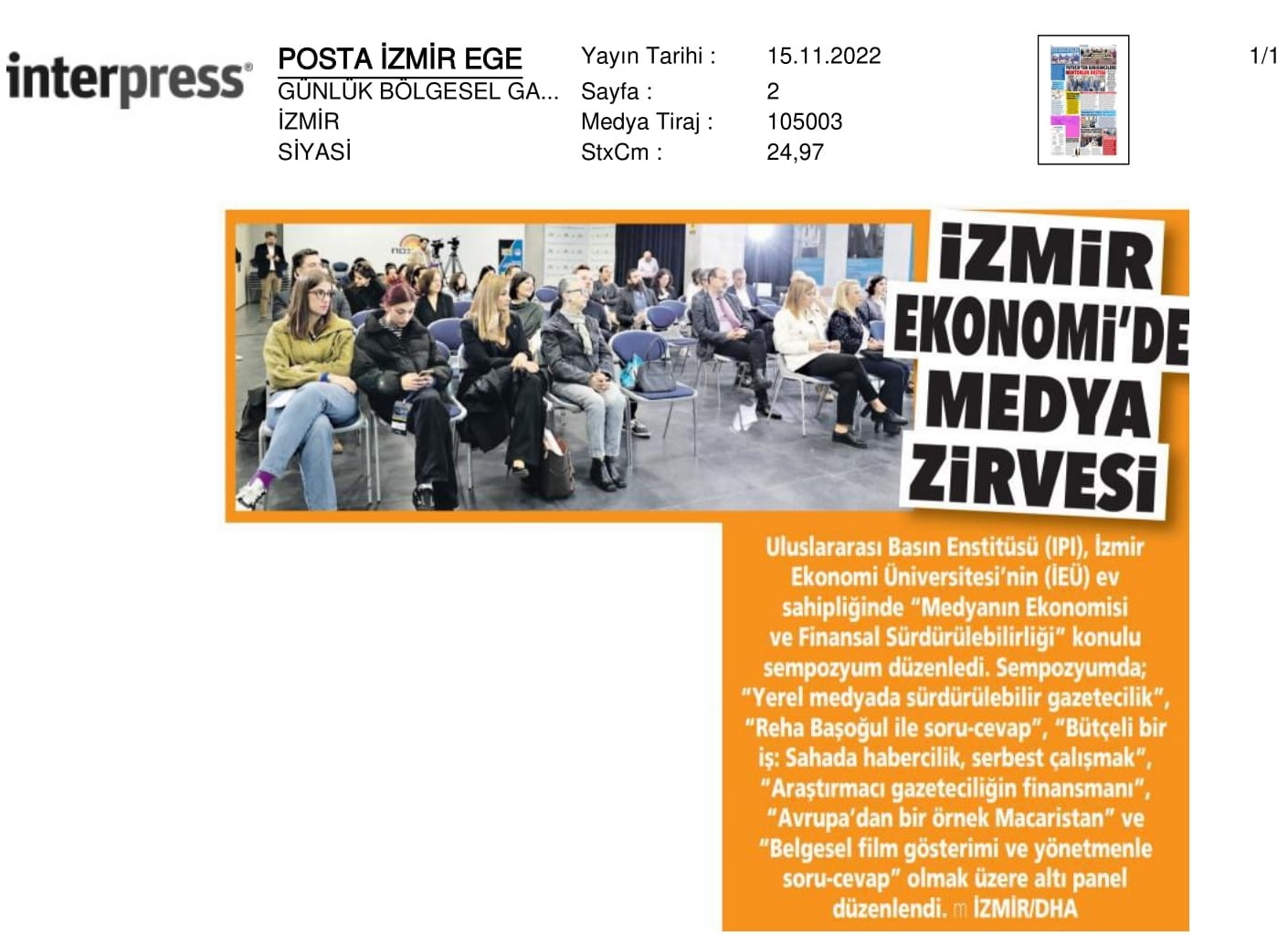 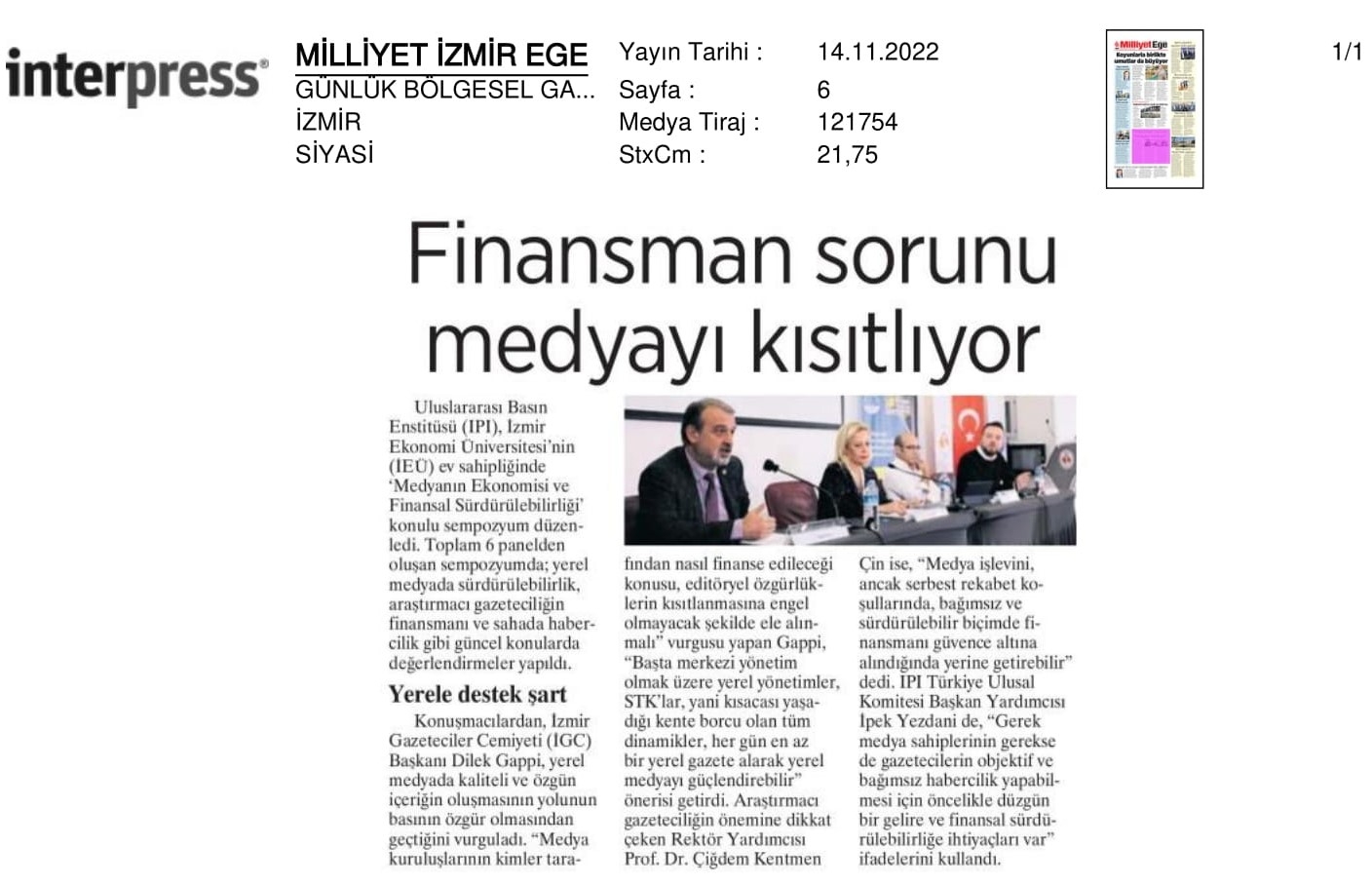