Made it among the most influential scientists in the world 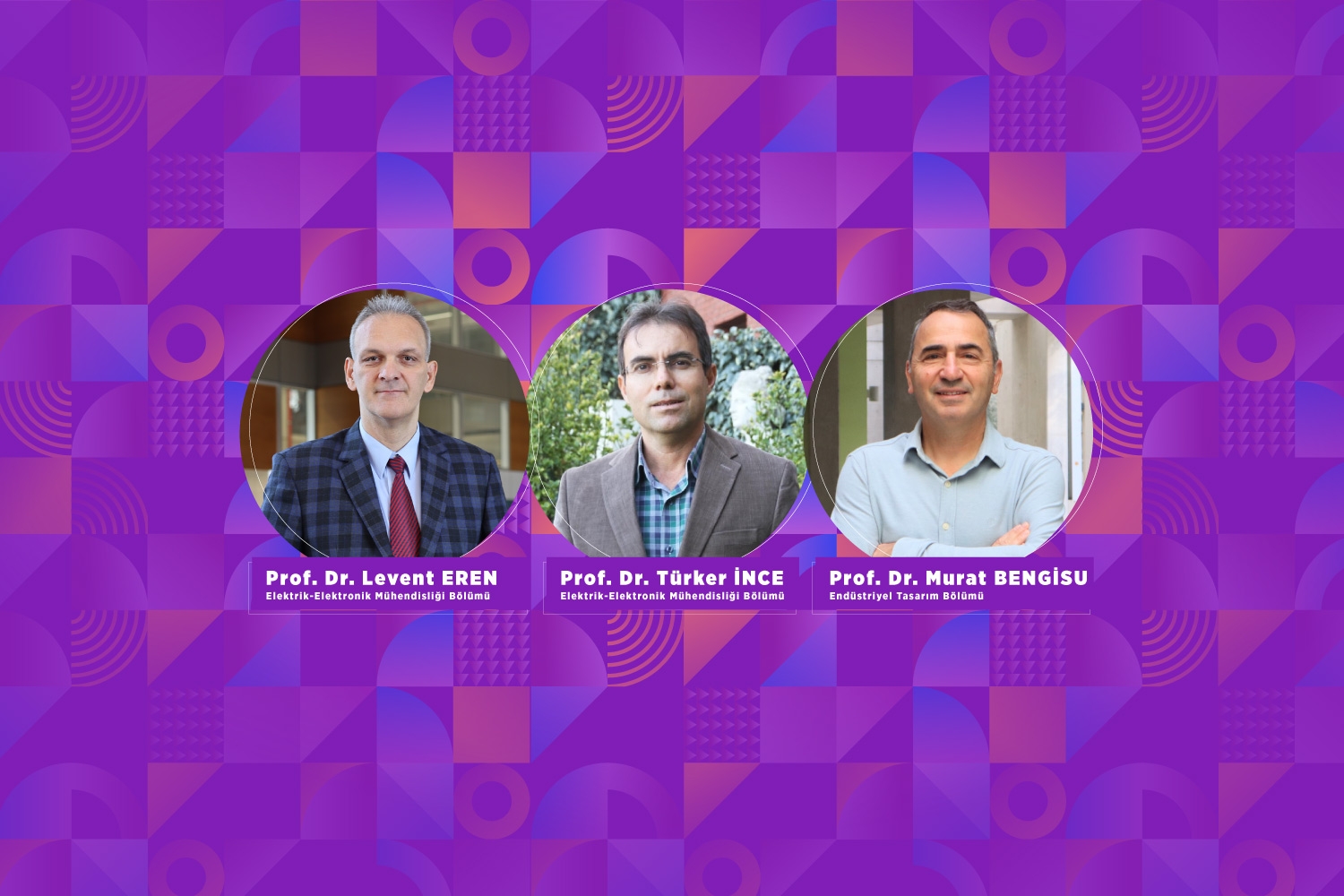 Three professors from Izmir University of Economics (IUE) were included in the “World's Most Influential Scientists List”, announced by a special research team led by Dr. John loannidis from Stanford University in the United States (USA). IUE Department of Electrical and Electronics Engineering Faculty Members Prof. Dr. Levent Eren and Prof. Dr. Türker İnce, who have accomplished many projects in the international arena, whose articles have been published in the most respected journals of the world, and who make a difference with their innovative studies, and Prof. Dr. Murat Bengisu, Department of Industrial Design Faculty Member, made Turkey proud by entering the list.

The 'World's Most Influential Scientists List', which was created as a result of the evaluation made among thousands of academics around the world, was prepared in two different categories as ‘career-long impact’ and ‘annual impact’. Across Turkey, 1,202 scientists were entitled to enter the ‘annual impact’ list, and 897 scientists in the ‘career-long impact’ list. While creating the list, many criteria such as the number of publications and citations by scientists, author rankings, and the 'h-index', which measures both productivity and citation impact of academics, were taken into account. Three academics from Izmir University of Economics managed to get their names on the ‘World's Most Influential Scientists List’ in the category of ‘career-long impact’.

Prof. Dr. Levent Eren, IUE Vice Rector and Faculty Member of the Department of Electrical and Electronics Engineering, works on the development of innovative and fundamental techniques in the fields of fast transformation algorithms and machine learning. Prof. Dr. Eren also has 2 international patents on motor vehicle early warning systems. Prof. Dr. Türker İnce, on the other hand, carries out studies on the development of new techniques in the fields of pattern recognition and machine learning and their applications to different fields. Prof. Dr. Türker İnce has 3 international patents in the field of machine learning applications.

The study titled, ‘Real-Time Motor Fault Detection by 1D Convolutional Neural Networks’, which Prof. Dr. Türker İnce and Prof. Dr. Levent Eren realized with IUE Rector Prof. Dr. Murat Aşkar, who works in the same department, was published in IEEE Transactions on Industrial Electronics Magazine in 2016. The study, which is seen as a pioneering application of modern artificial intelligence techniques in this field, became one of the 5 most cited publications among 7 thousand 237 publications published in the journal since 2016.

MADE A DIFFERENCE WITH HIS WORK

Prof. Dr. Murat Bengisu from IUE Faculty of Fine Arts and Design, Department of Industrial Design, on the other hand, made a difference with his works in the field of technological foresight and design as well as materials science. Having completed his master's and doctorate at the New Mexico Institute of Mining and Technology in the USA, Prof. Dr. Murat Bengisu also has national and international awards, many internationally published articles and books.  Prof. Dr. Bengisu also worked as a project coordinator at TUBITAK.

CONTRIBUTION TO SCIENCE AND HUMANITY

Stating that they are proud and happy to be on the list of the most influential scientists, Prof. Dr. Levent Eren, Prof. Dr. Türker İnce and Prof. Dr. Murat Bengisu said, “As scientists, it is an indescribable happiness to see that our work is valued, made a difference, followed around the world and received with respect. Our most important mission is to contribute to science, society and humanity. There are new projects we are working on. We aim to continue to be on the list in the upcoming period and to carry out exemplary studies in our own fields." 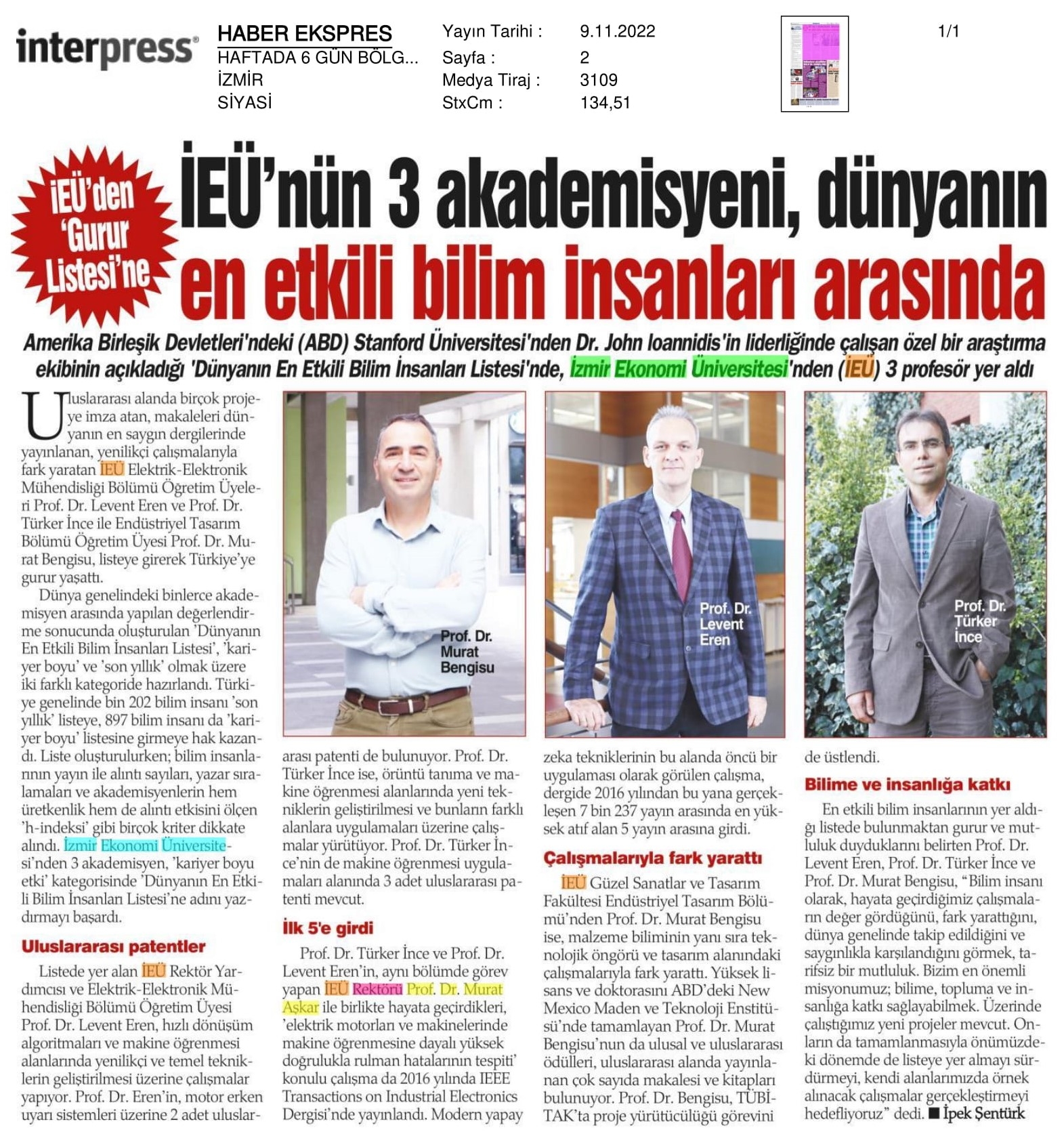 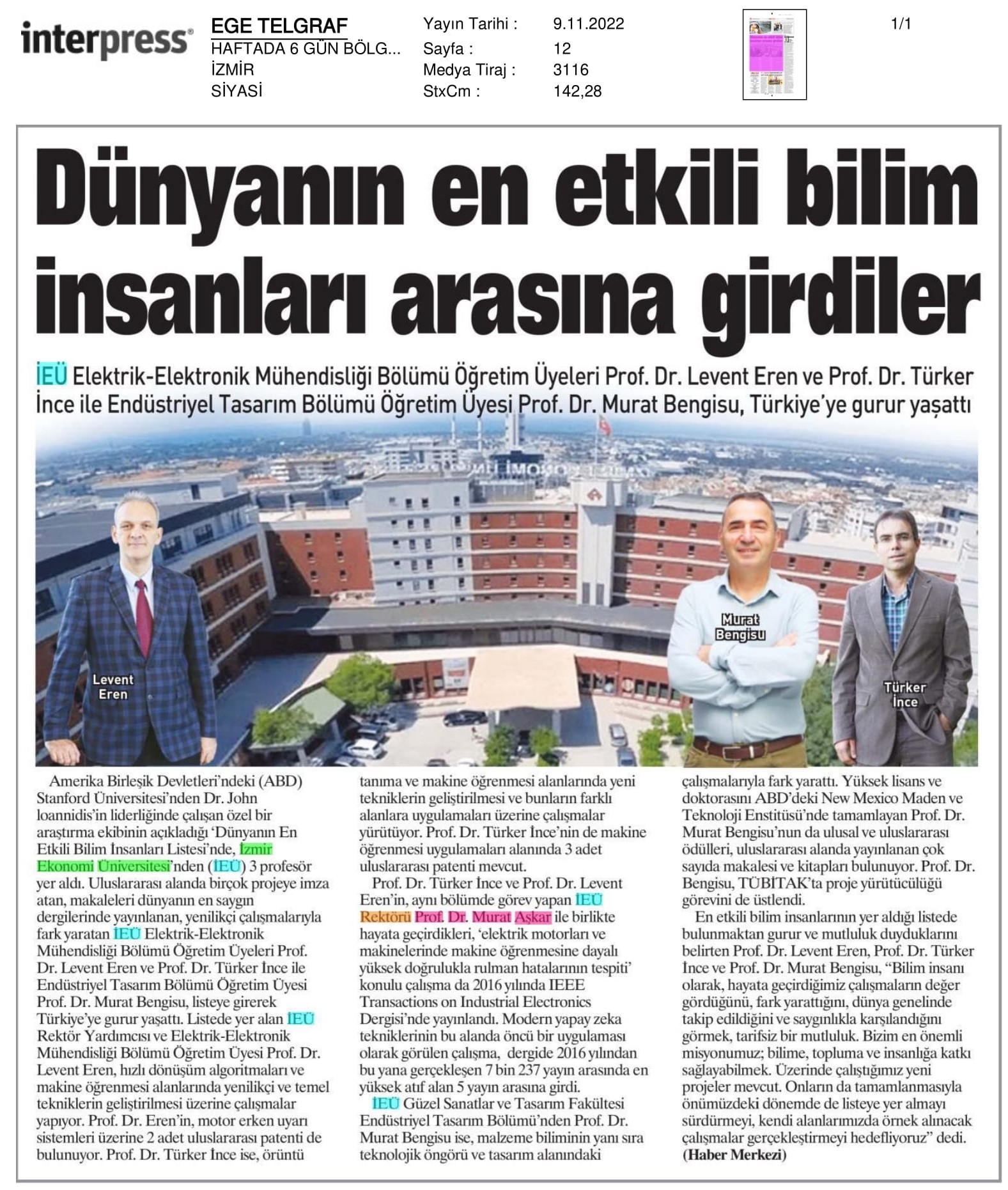 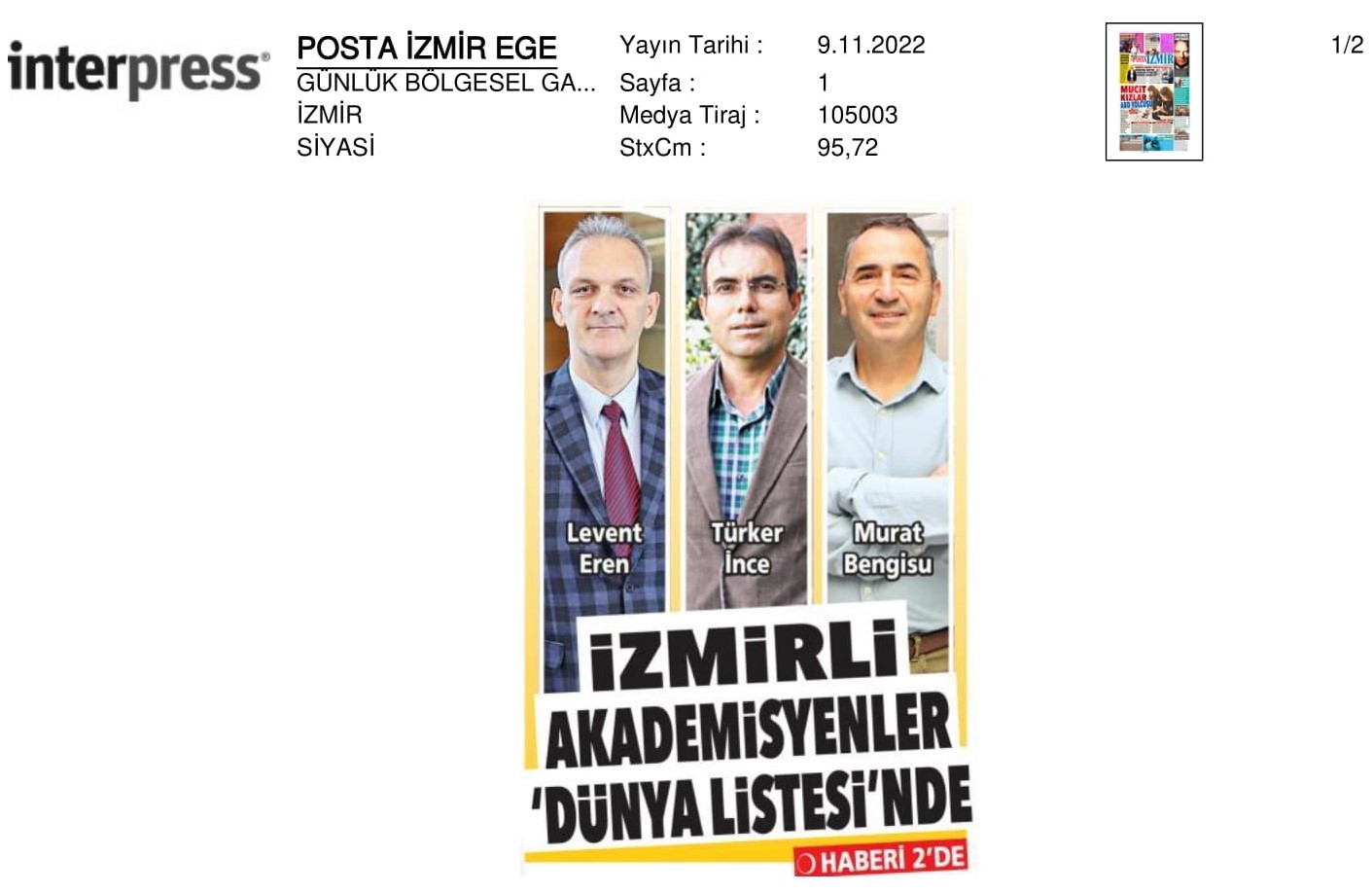 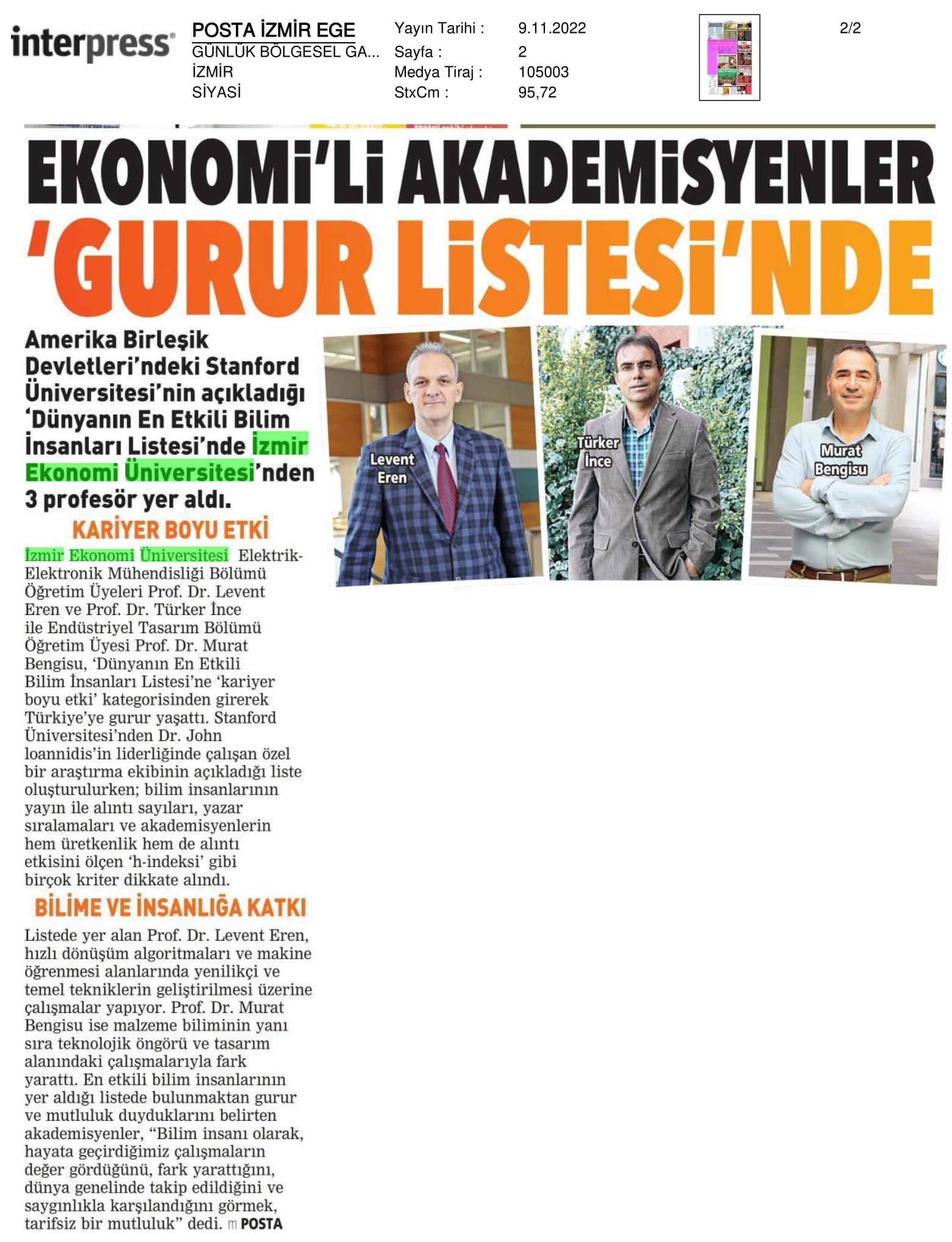 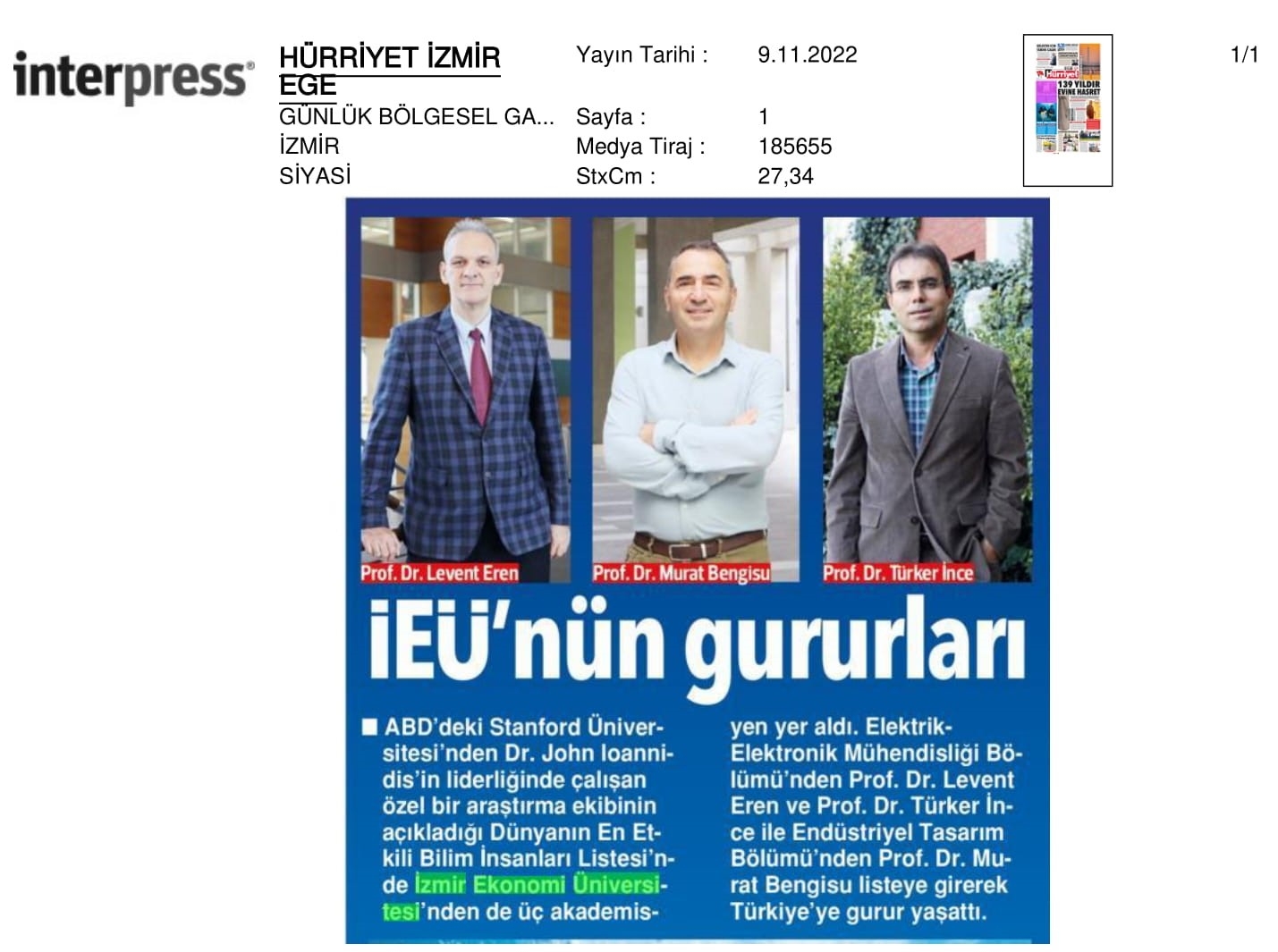 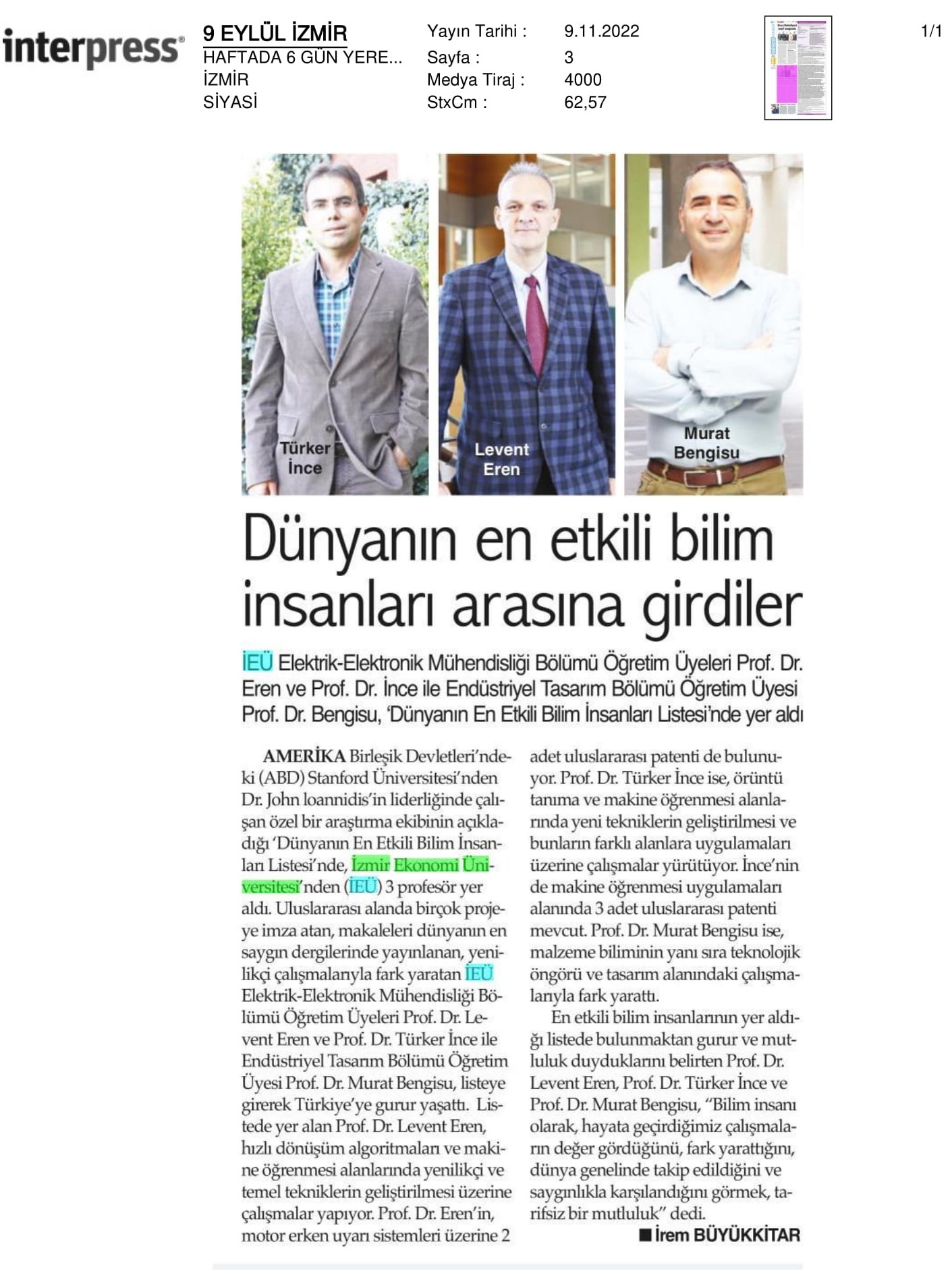 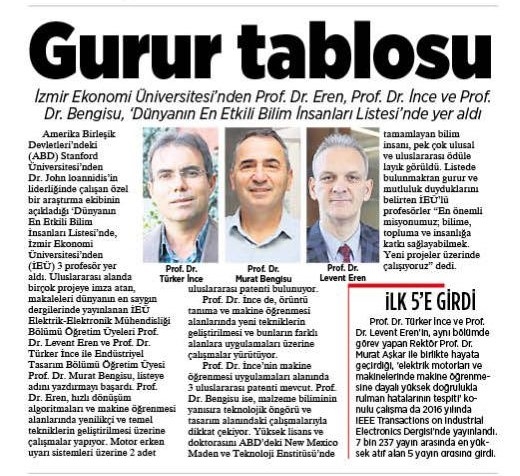 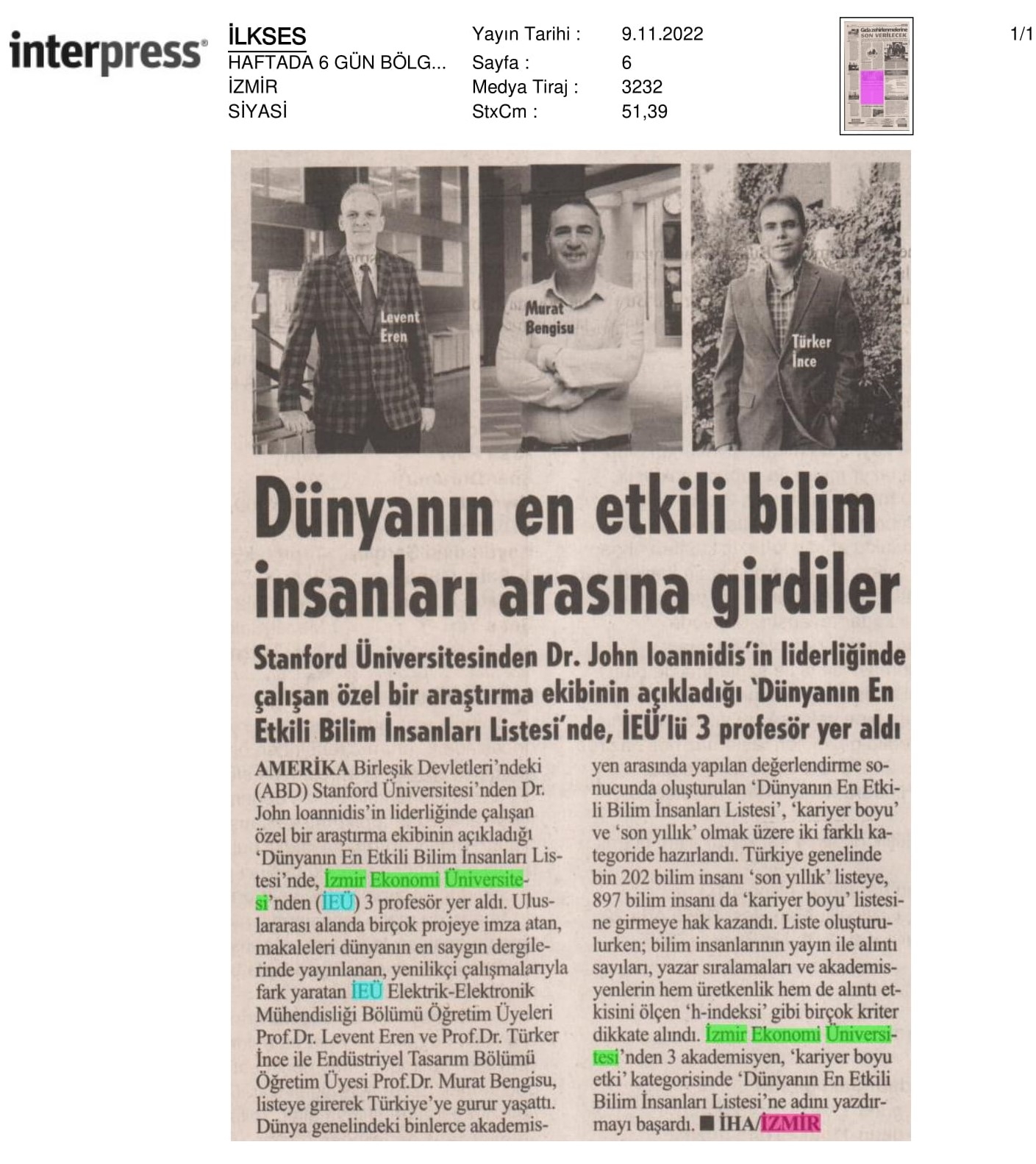 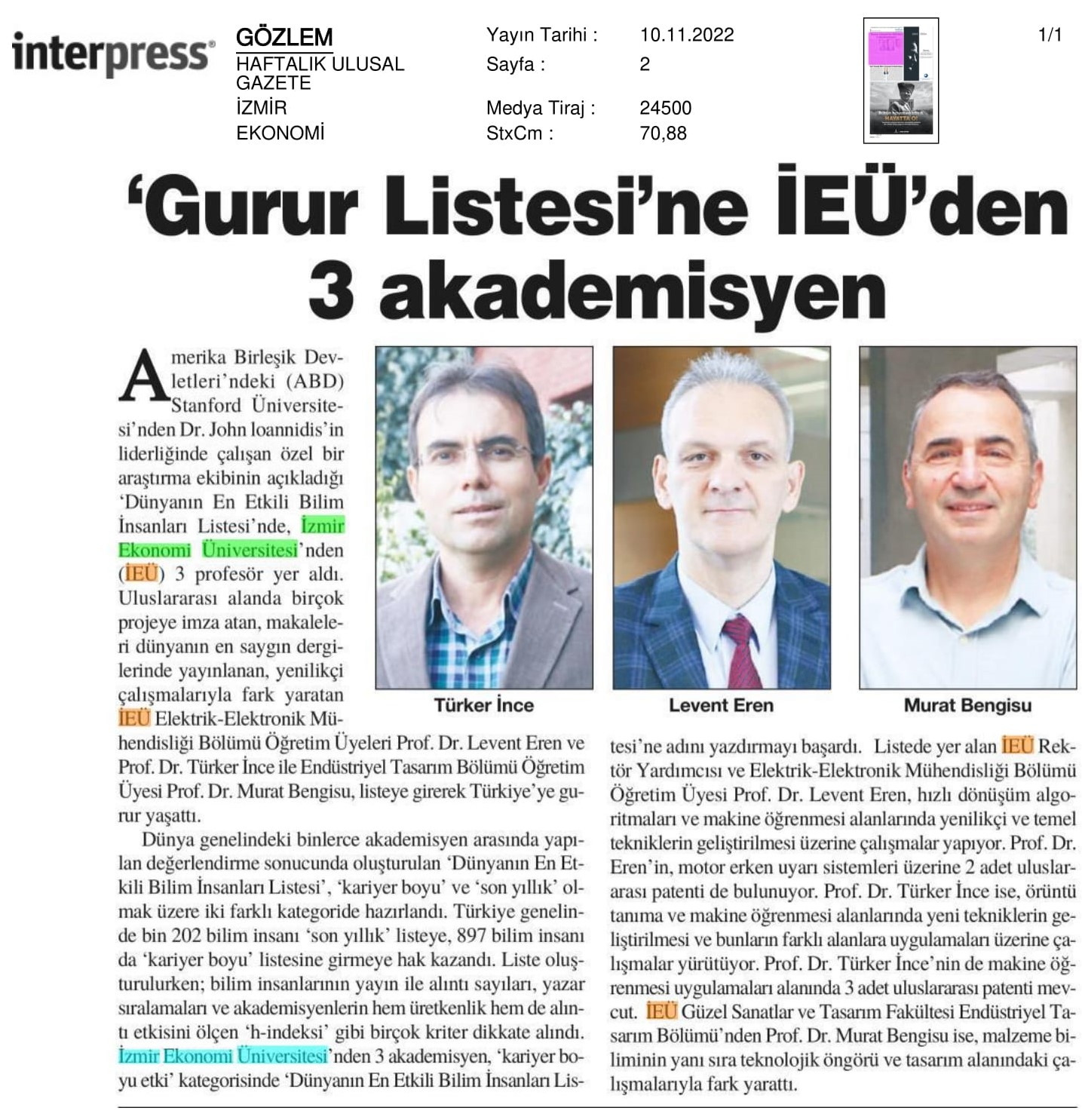