Spectacular performance by young people for the ‘Republic’ 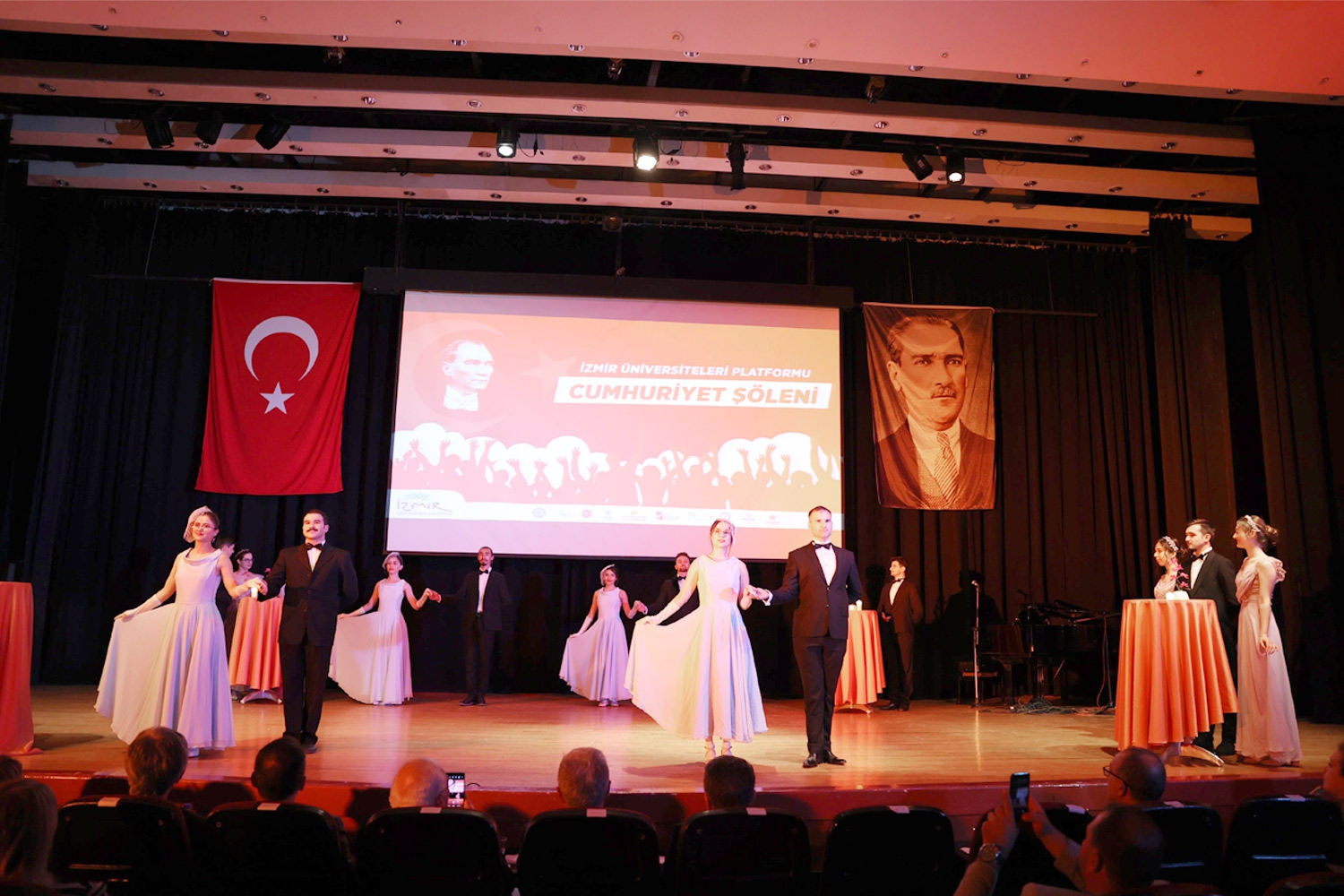 The Izmir Universities Platform (IUP), formed by the cooperation of 10 higher education institutions in Izmir, celebrated the 99th anniversary of the Republic with a ‘festival’. The night, marked by music and dance shows by young people studying at universities in Izmir, gave the audience unforgettable moments. Presenting a magnificent selection from Latin dances to oratorio, waltz to zeybek, students carried the enthusiasm of the Republic to the highest point.

THE REPUBLIC IS OUR MOST VALUABLE TREASURE

Speaking at the opening of the festival, IUE Rector Prof. Dr. Murat Aşkar pointed out that as a platform, they have accomplished many special works and projects so far, and he said, “We have done very useful works for the development of both our city and students by thinking and designing together. This solidarity set an example for other cities as well. We experienced a completely different excitement and enthusiasm together at the Republic Festival. The Republic, which was founded under the leadership of our Great Leader Mustafa Kemal Ataturk, was a very important step that aimed to take firm steps towards the future of a nation that gained its independence as a result of long struggles. The Republic, which modernized Turkish society and paved the way for many innovations and reforms, is our most valuable treasure.”

Prof. Dr. Aşkar continued as follows: “Izmir, the city of liberation, freedom and heroism, has always been a pioneer in the adoption and development of the reforms of the Republic. We are raising our youth, who are the guarantee of our future and the guarantee of Great Turkey, in Izmir with this awareness. We are preparing them for the future as young people who have the qualified knowledge and leadership mission that this country needs. While doing all this, we also care about young people's development in different aspects by getting involved in sports and art. We encourage them for all this.” Prof. Dr. Aşkar congratulated all the young people for their performances at the festival. 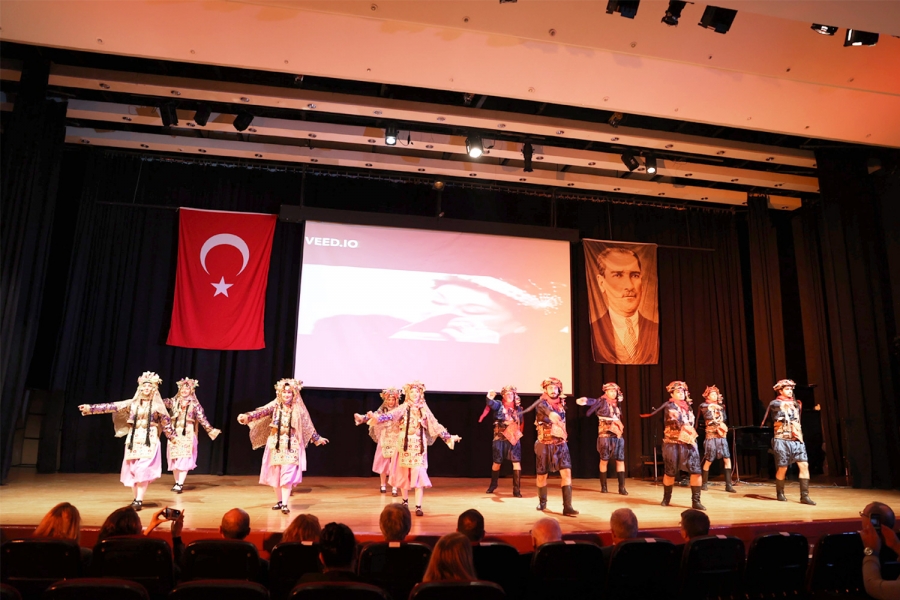 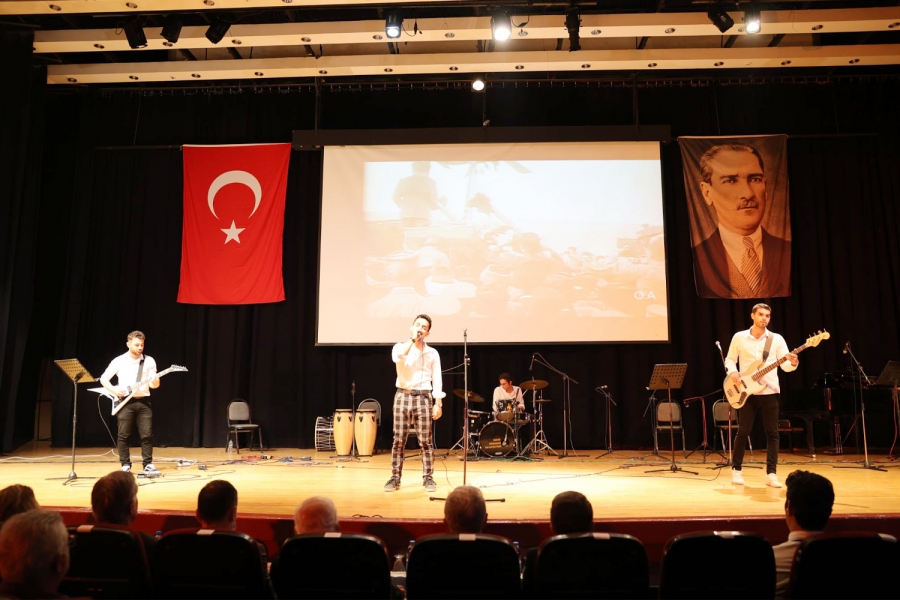 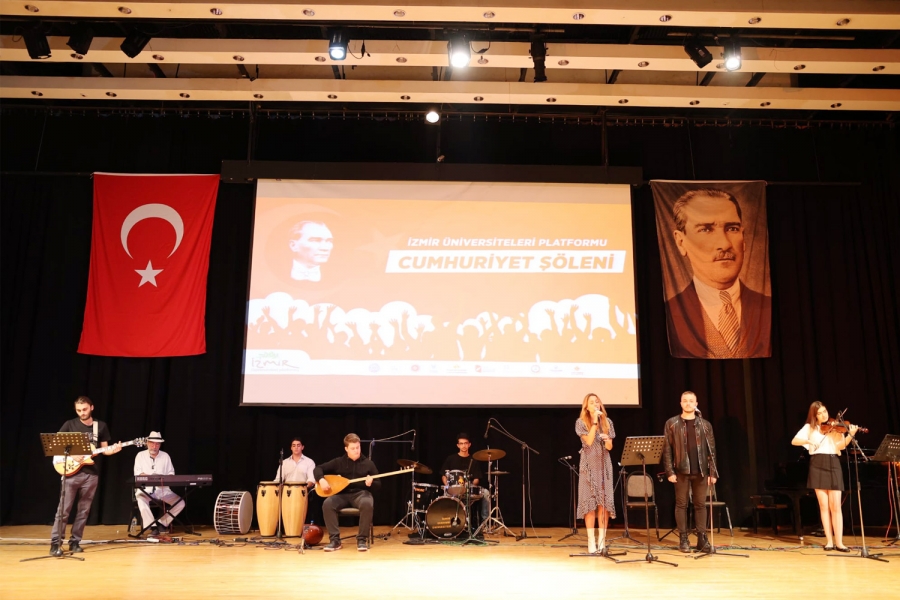 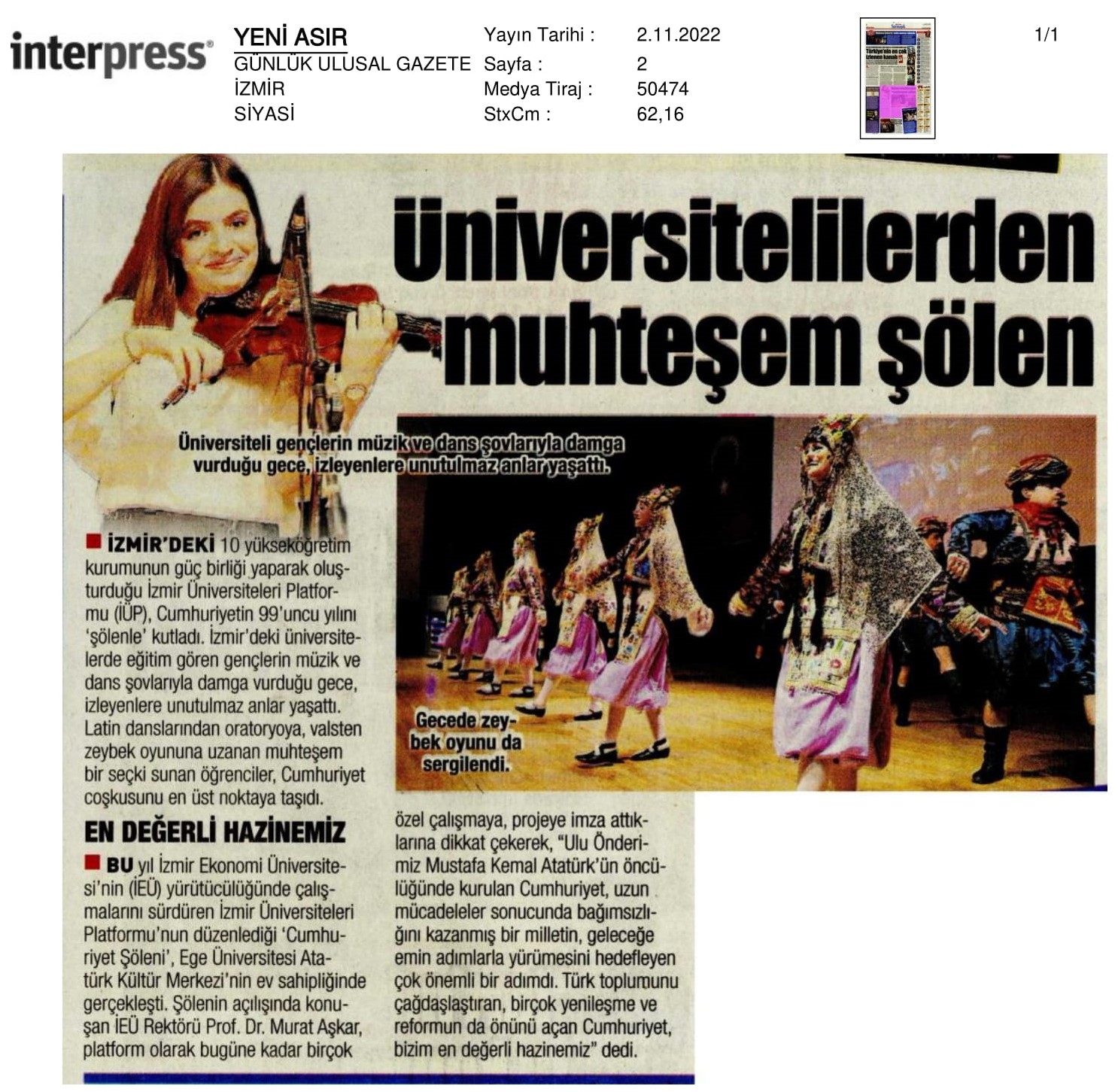 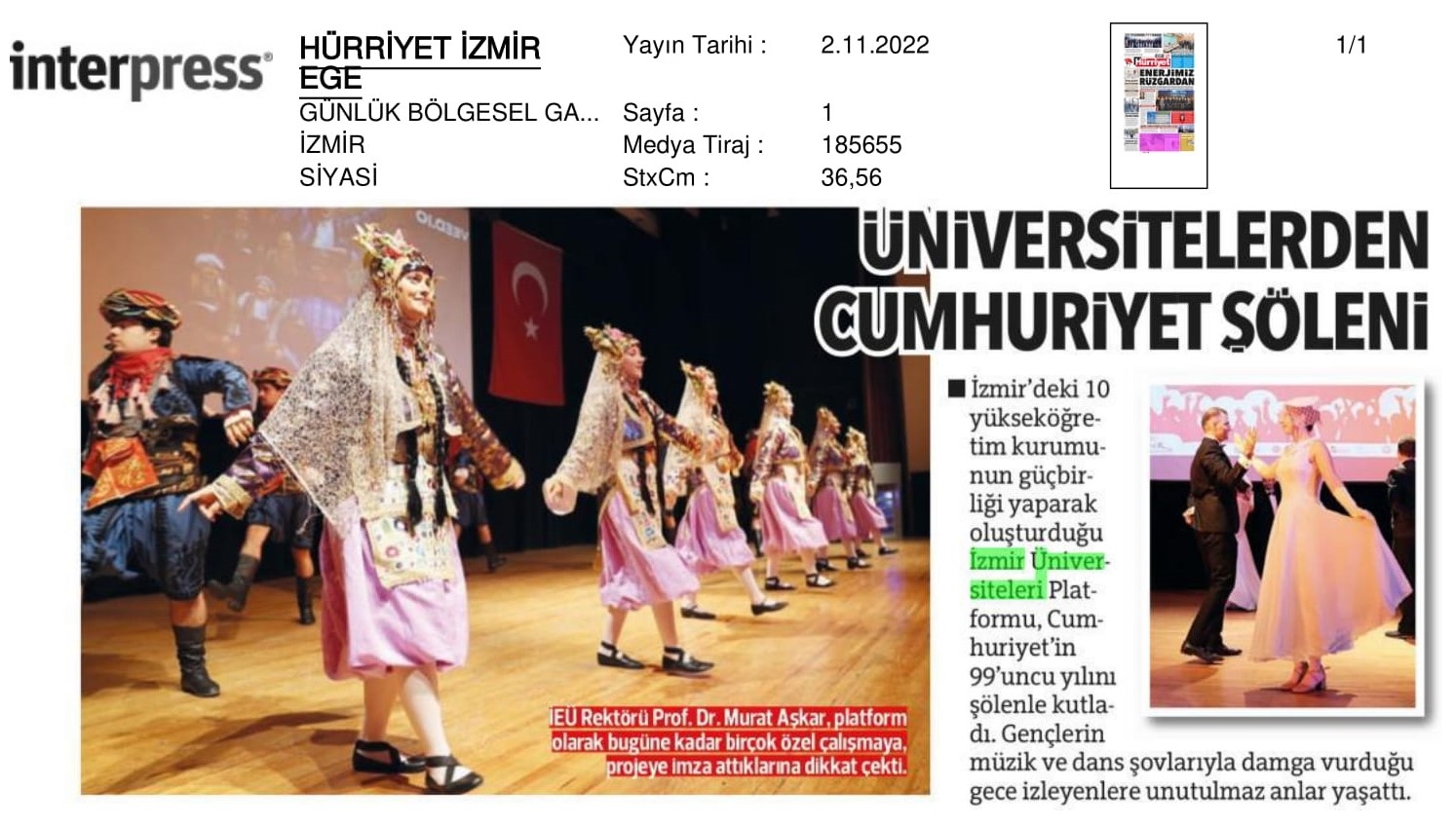 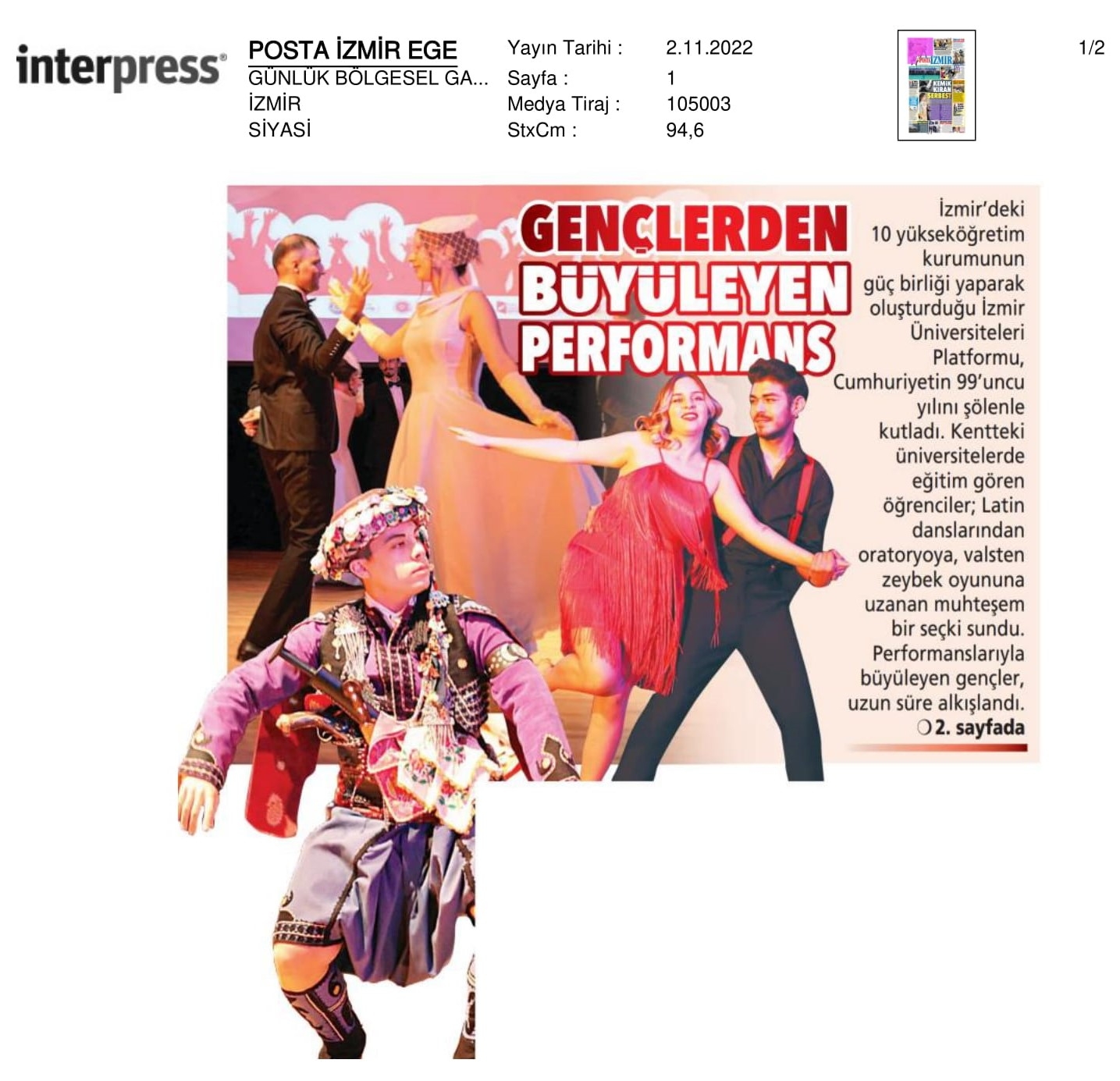 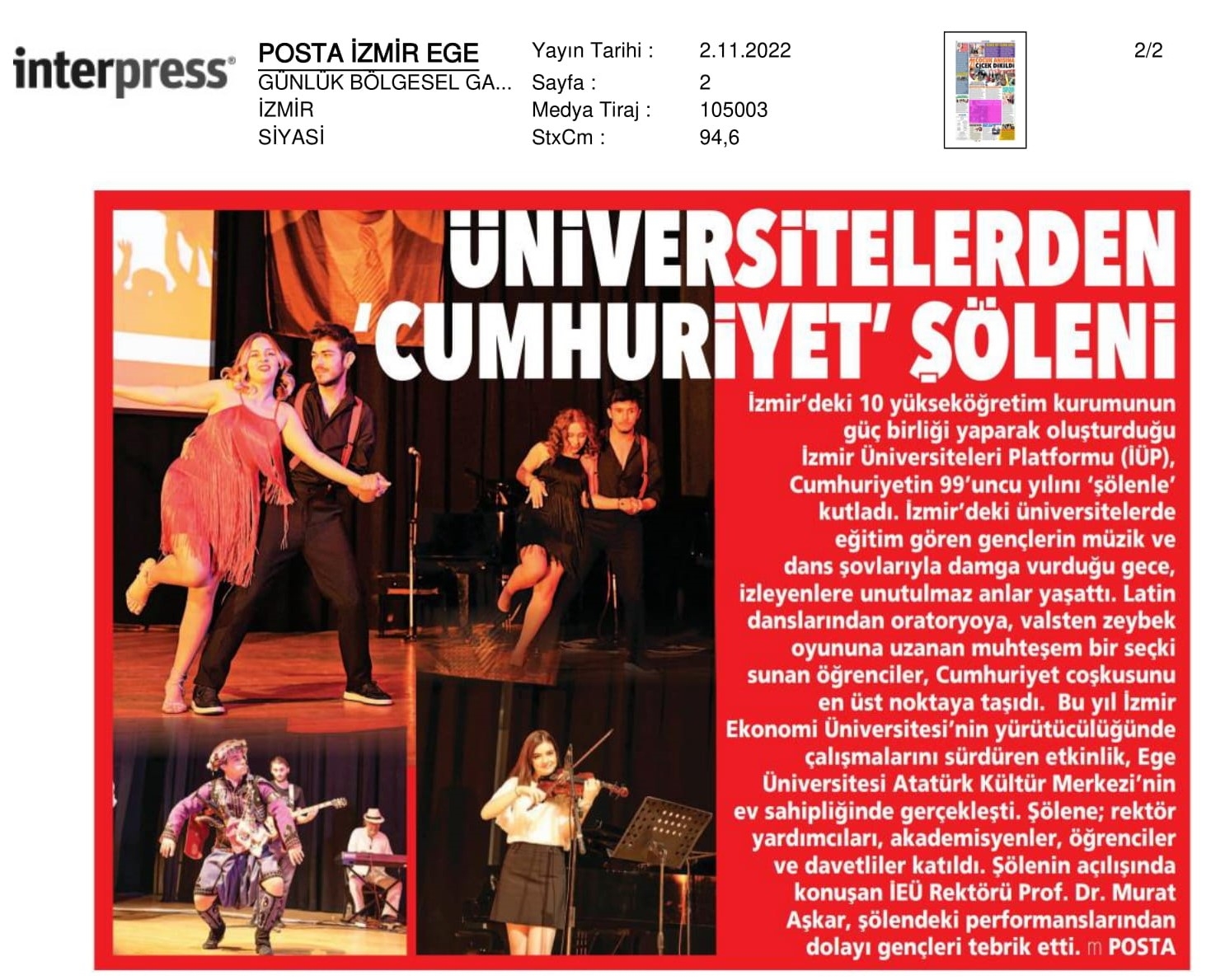 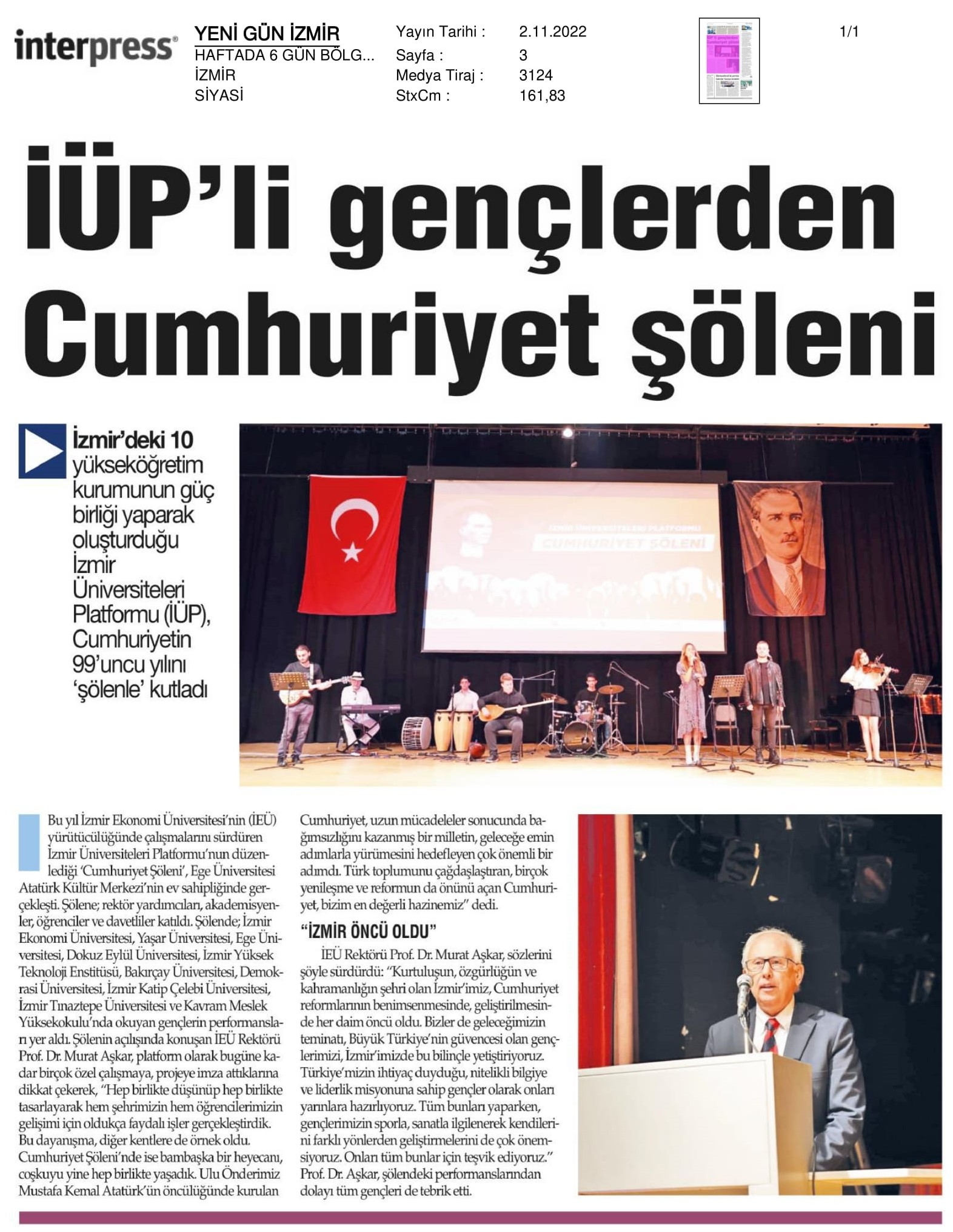 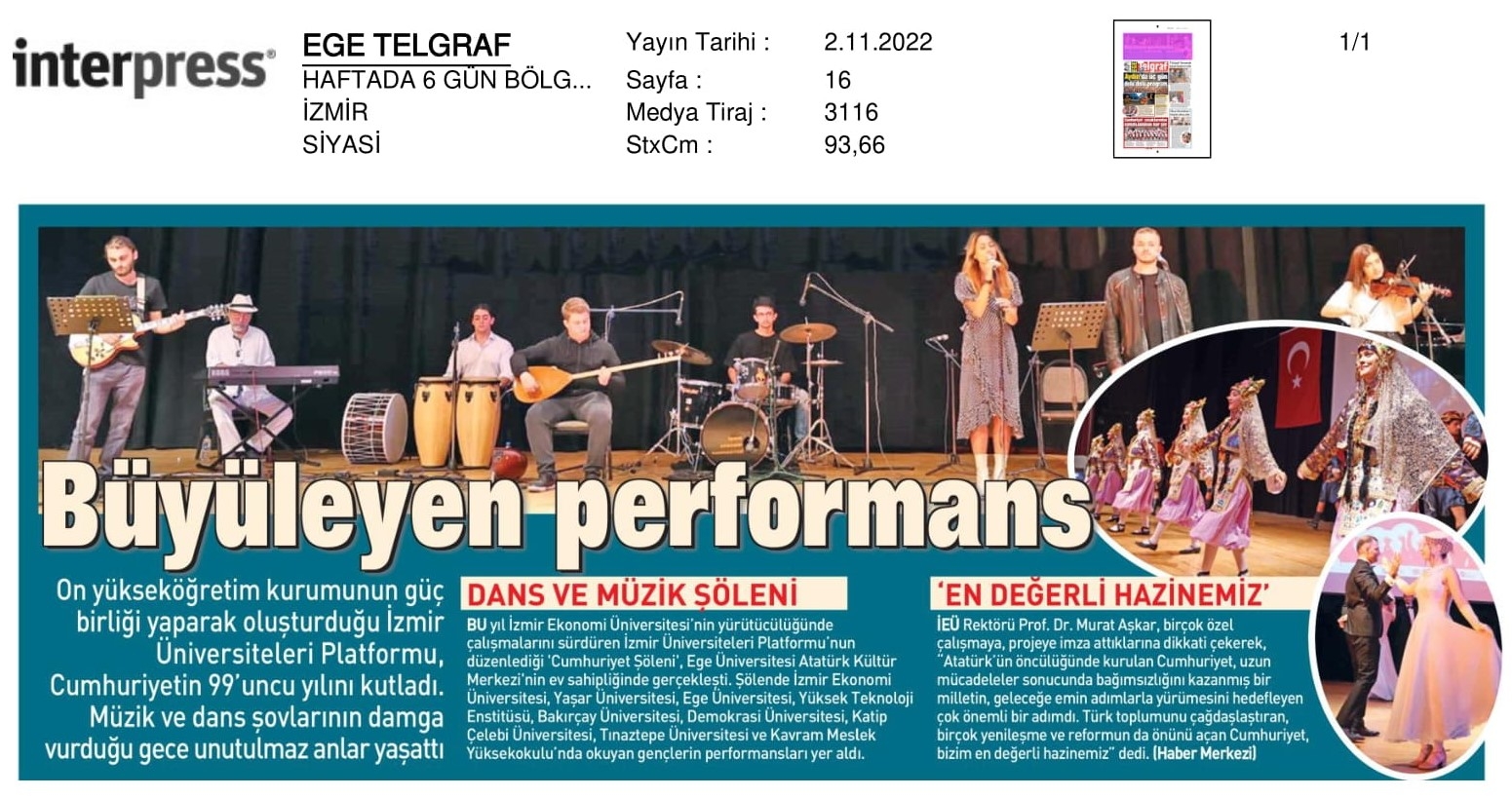 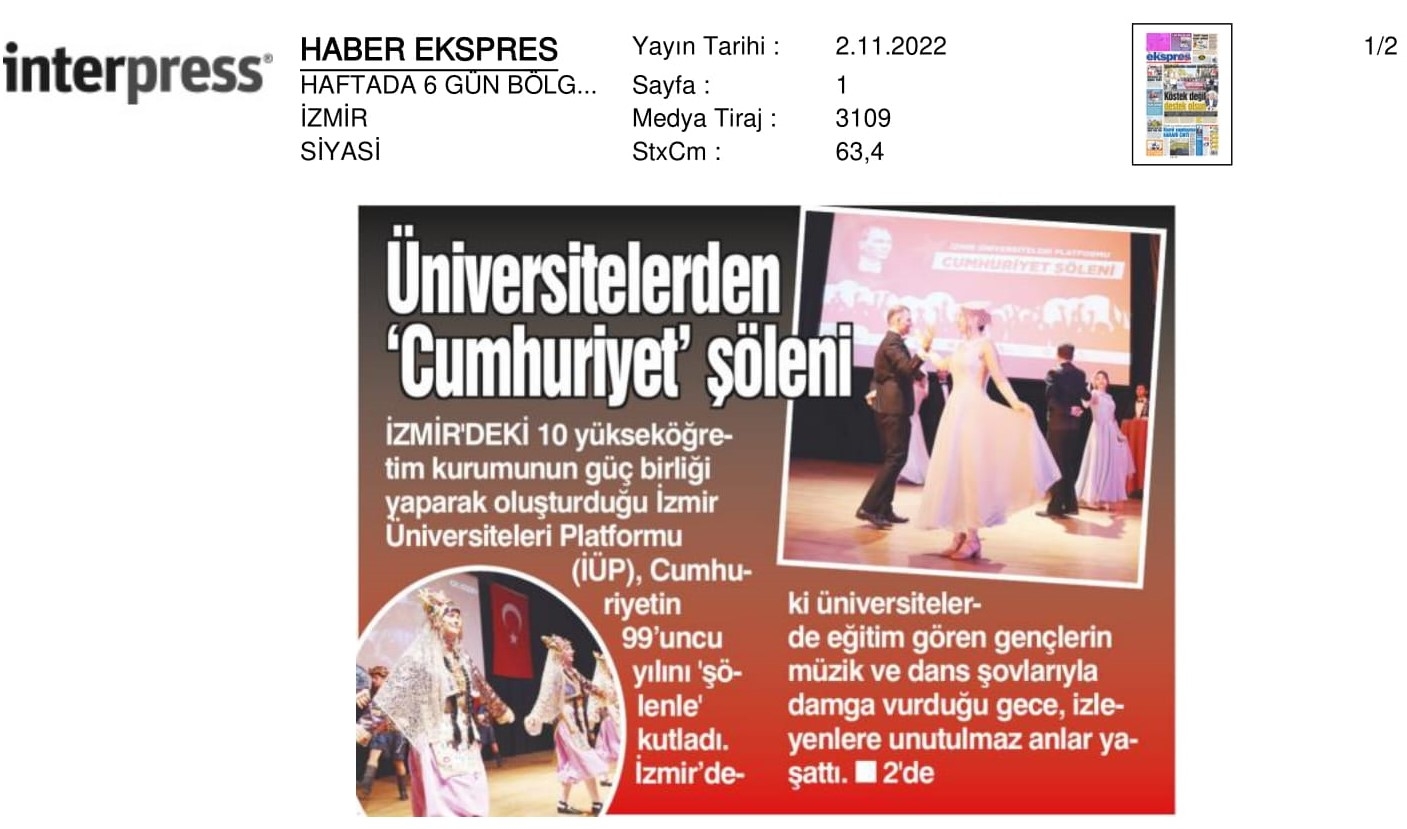 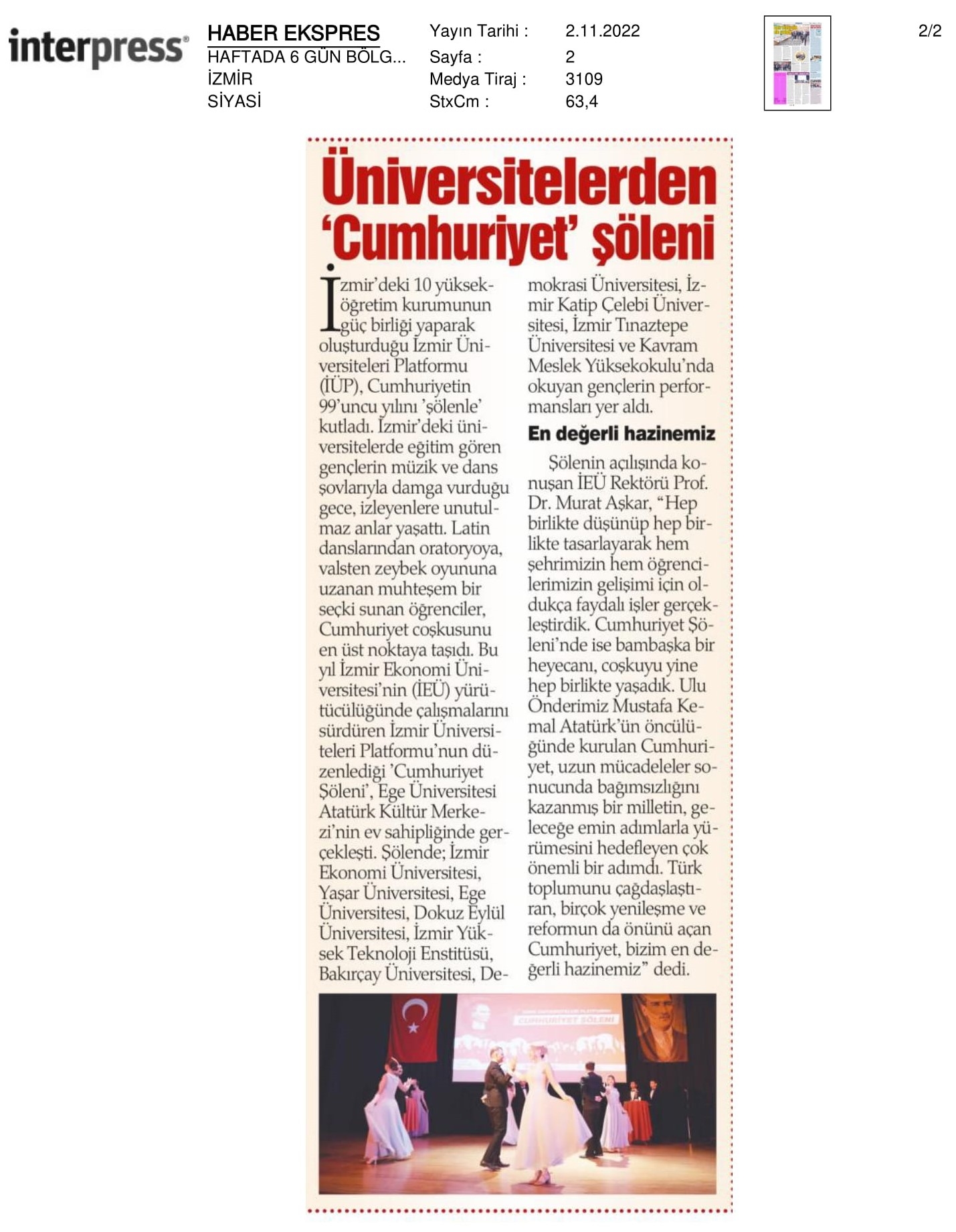