Project that will improve the quality of life 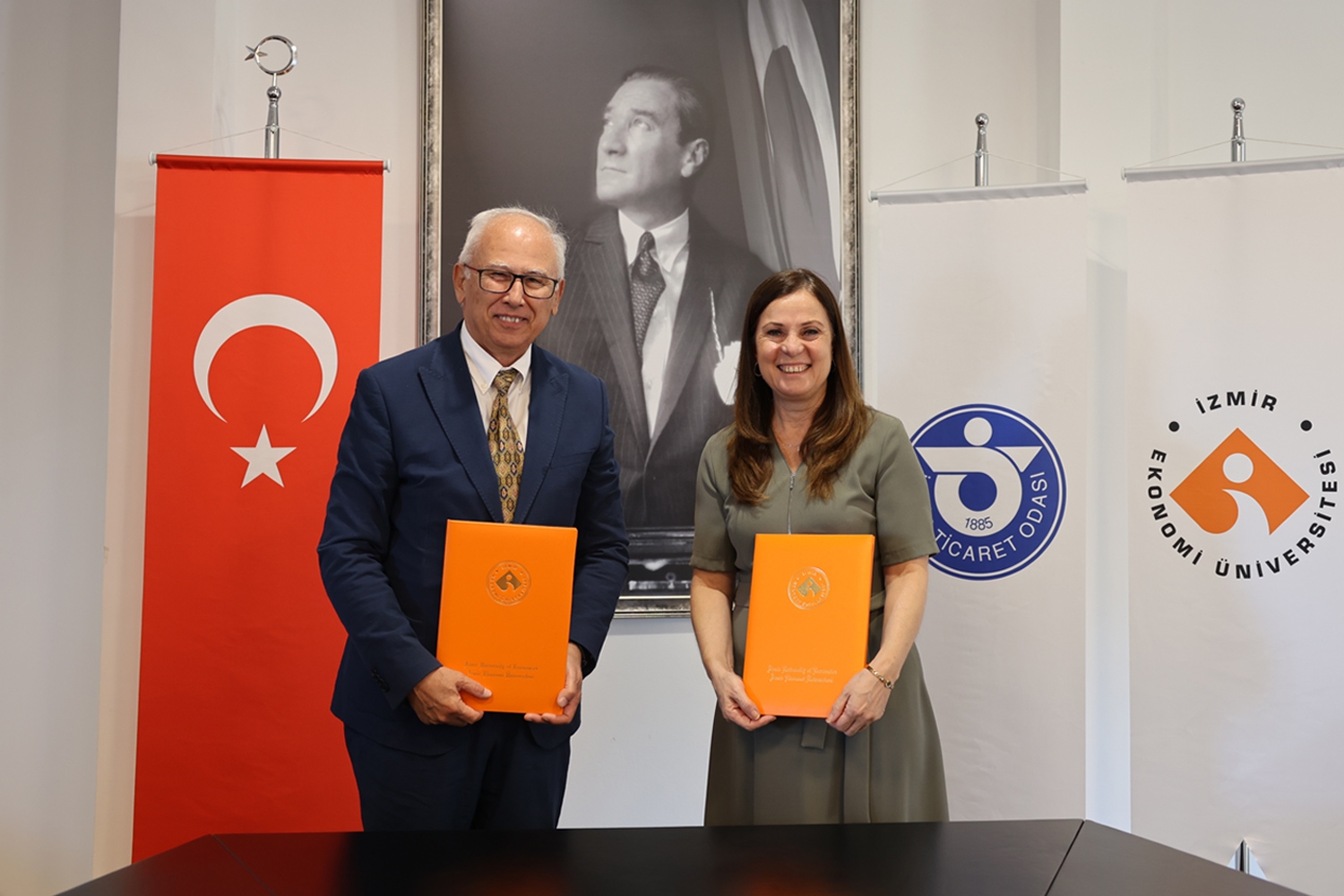 Izmir University of Economics (IUE) Department of Physiotherapy and Rehabilitation and Balçova Municipality collaborated in a project called ‘Exercise for a Healthy Life’ to improve the quality of life of the elderly and people with disabilities in the district. The protocol regarding the project, which is one of the best examples of university-city integration, was signed by IUE Rector Prof. Dr. Murat Aşkar and Balçova Mayor Fatma Çalkaya.

The signing ceremony of the protocol on the cooperation between the two institutions was held at the IUE Board of Trustees Hall. IUE Rector Prof. Dr. Murat Aşkar and Balçova Mayor Fatma Çalkaya, as well as Dean of Faculty of Medicine, Prof. Dr. Yusuf Hakan Abacıoğlu, Dean of the Faculty of Health Sciences, Prof. Dr. Filiz Öğce, Director of Vocational School of Health Services, Prof. Dr. İlgi Şemin, Head of Department of Physiotherapy and Rehabilitation, Asst. Prof. Dr. Şermin Tükel, Deputy Mayor of Balçova, Seray Zünbülcan, officials from Disabled Rights and Sports Directorate and academicians attended the ceremony.

IT IS AMONG OUR PRIORITIES

In his speech at the ceremony, Rector Aşkar pointed out that human life expectancy is prolonged in Turkey as in the rest of the world, and stated that projects for the elderly are of great importance. Stating that they see it as one of their main priorities to carry out works that will touch the lives of the people with disabilities, Aşkar emphasized that the protocol signed with the Balçova Municipality is very valuable in that it covers both issues. Rector Aşkar said, “Universities, in addition to being institutions that produce qualified knowledge, should be in a structure that contributes to social development and provides solutions to the problems of individuals. We continue to develop the ‘Campus Izmir’ model, which we created as the first model of university-city integration, in line with this idea. We attach great importance to the cooperation with Balçova Municipality, and think it is an exemplary project. I congratulate everyone who contributed to this project.”

Reminding that they are among the districts of Izmir with the highest average age, Balçova Mayor Fatma Çalkaya said that they expect an intense participation in all activities to be held within the scope of the project. Stating that as the municipality, they created the district’s map of the people with disabilities, Çalkaya said that they had the opportunity to be constantly informed about the situation of them. Mayor Çalkaya said, “We produce projects that will increase the quality of life of the elderly and the people with disabilities, solve their problems, and make them feel better both physically and mentally, and we collaborate with various institutions. Cooperation with Izmir University of Economics, which I believe will be very beneficial for citizens, has also been an effective step we have taken in this direction. I would like to thank the University for their support.” 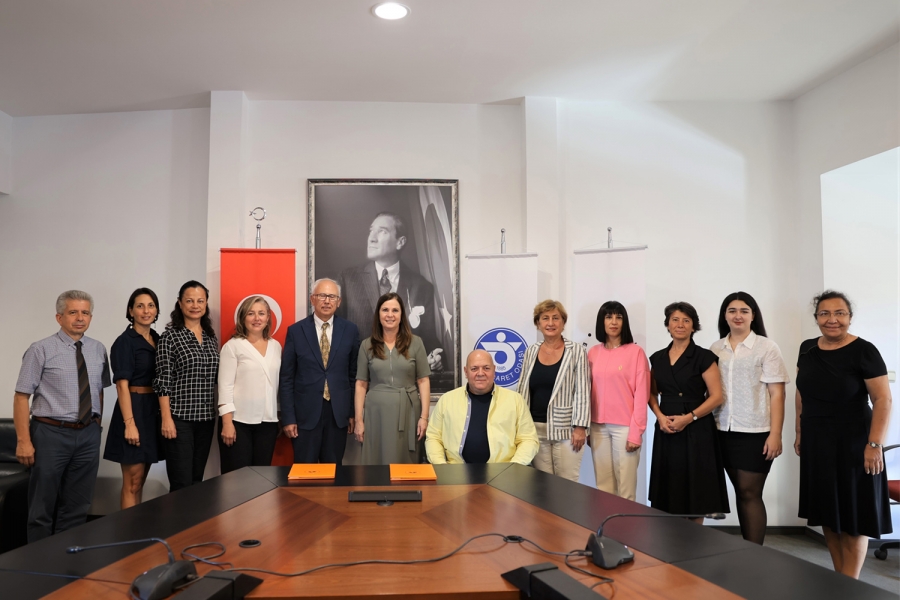 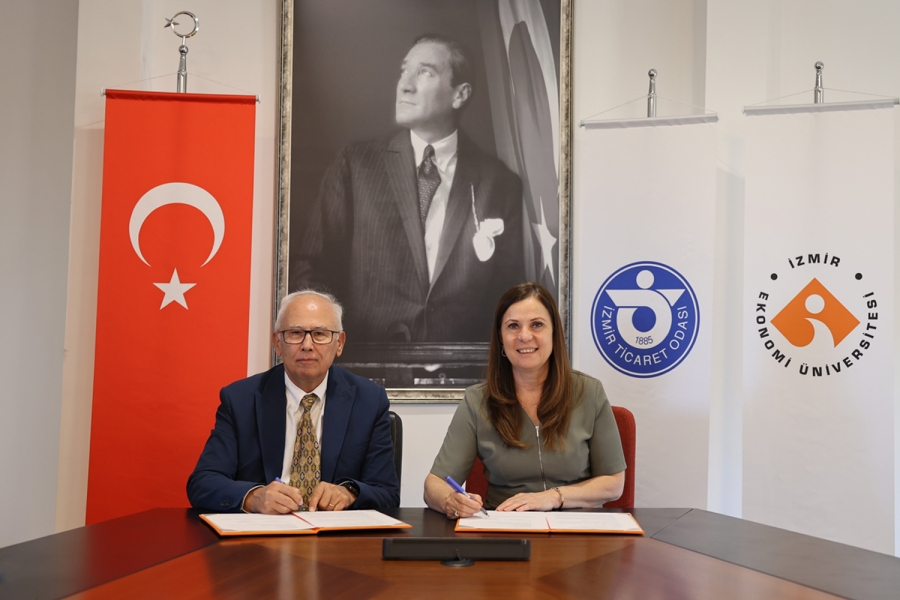 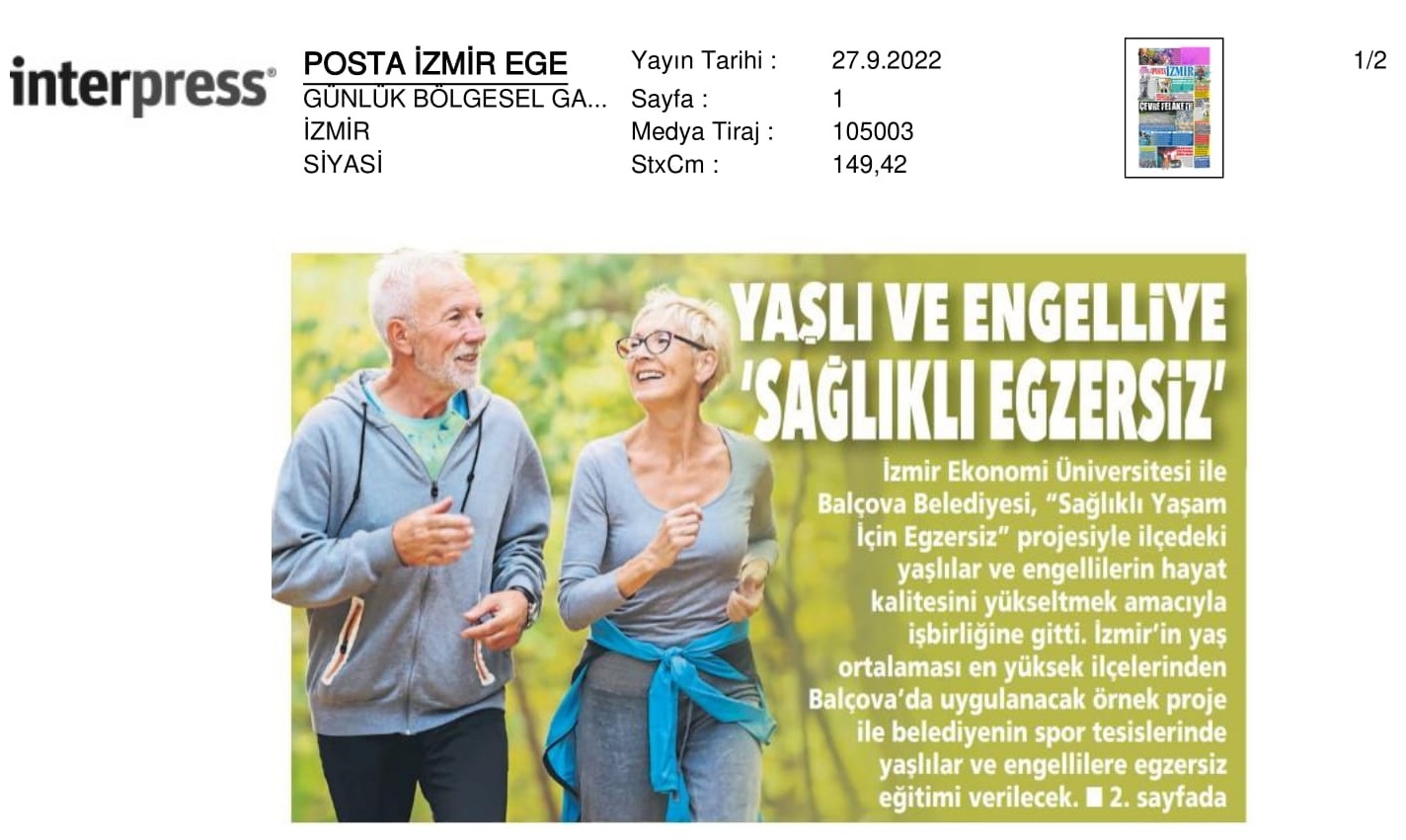 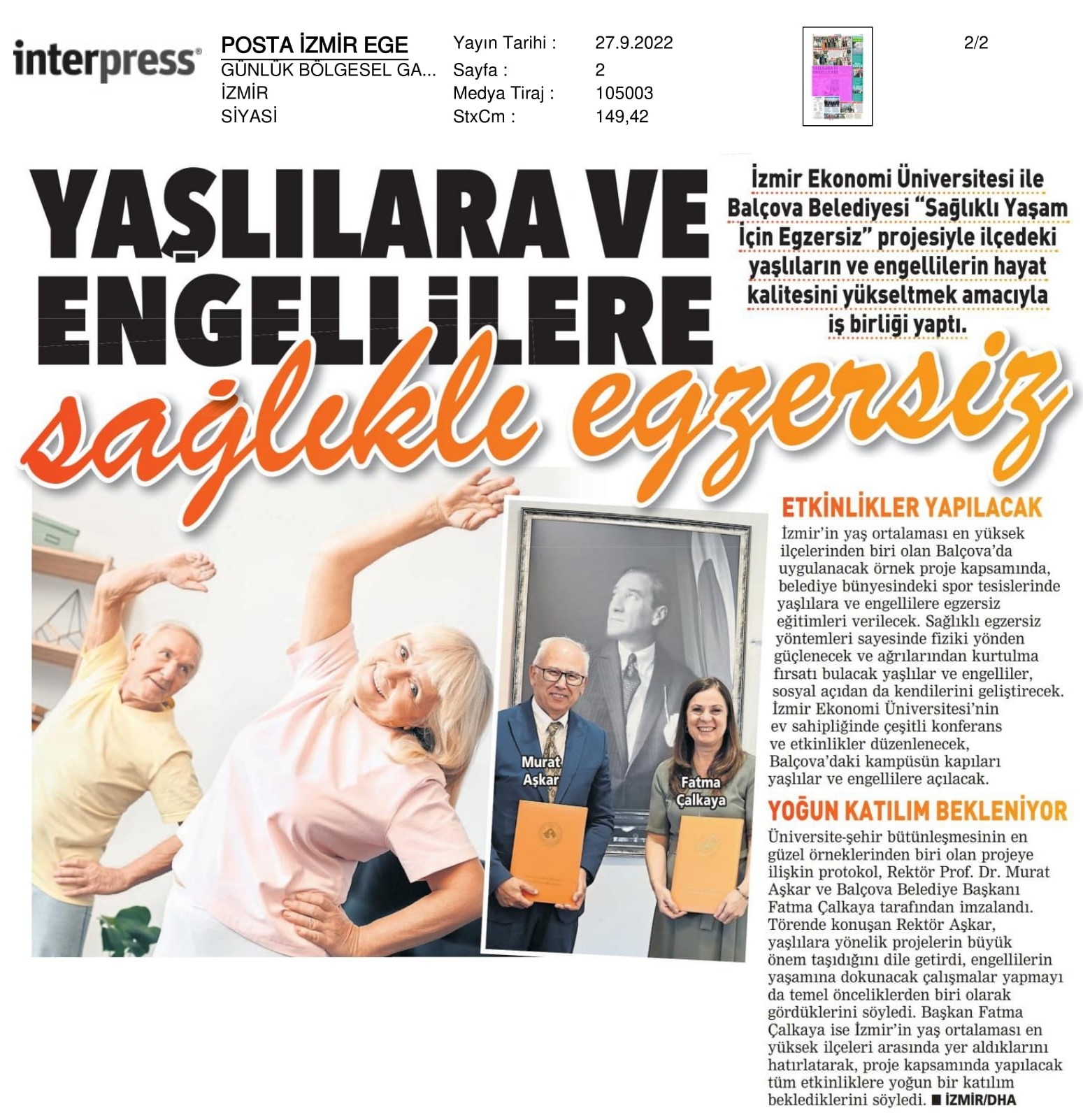 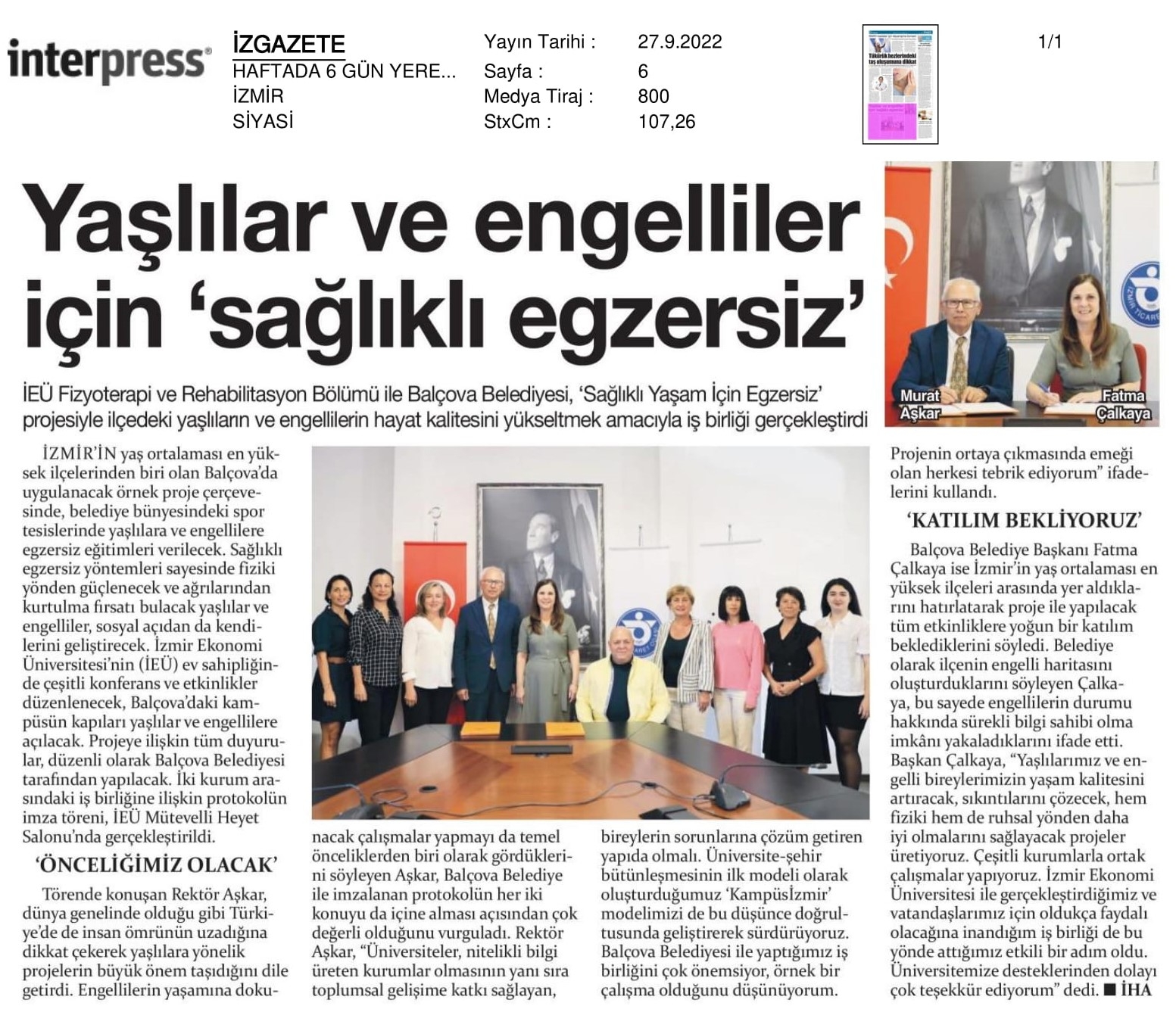 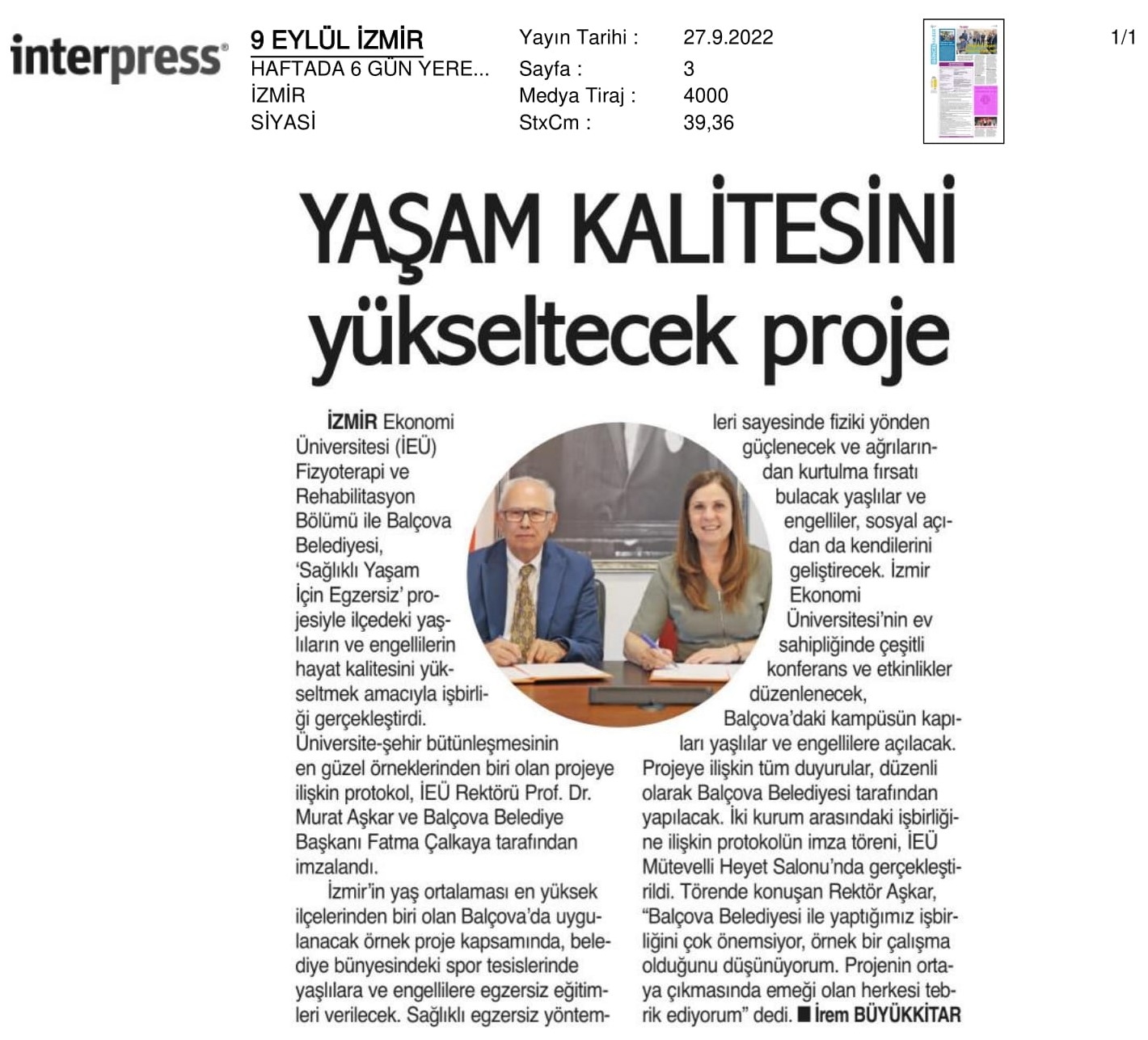 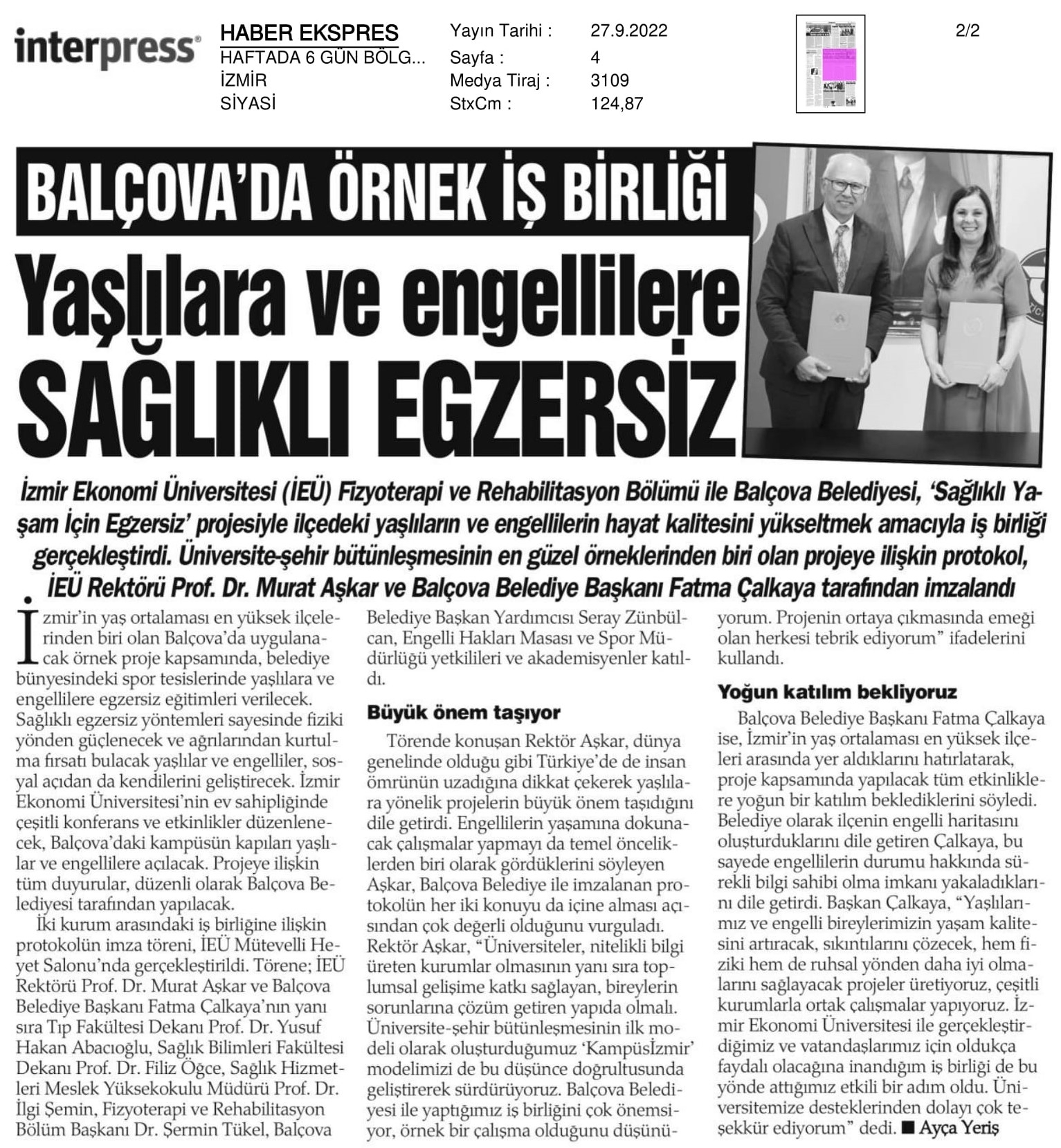 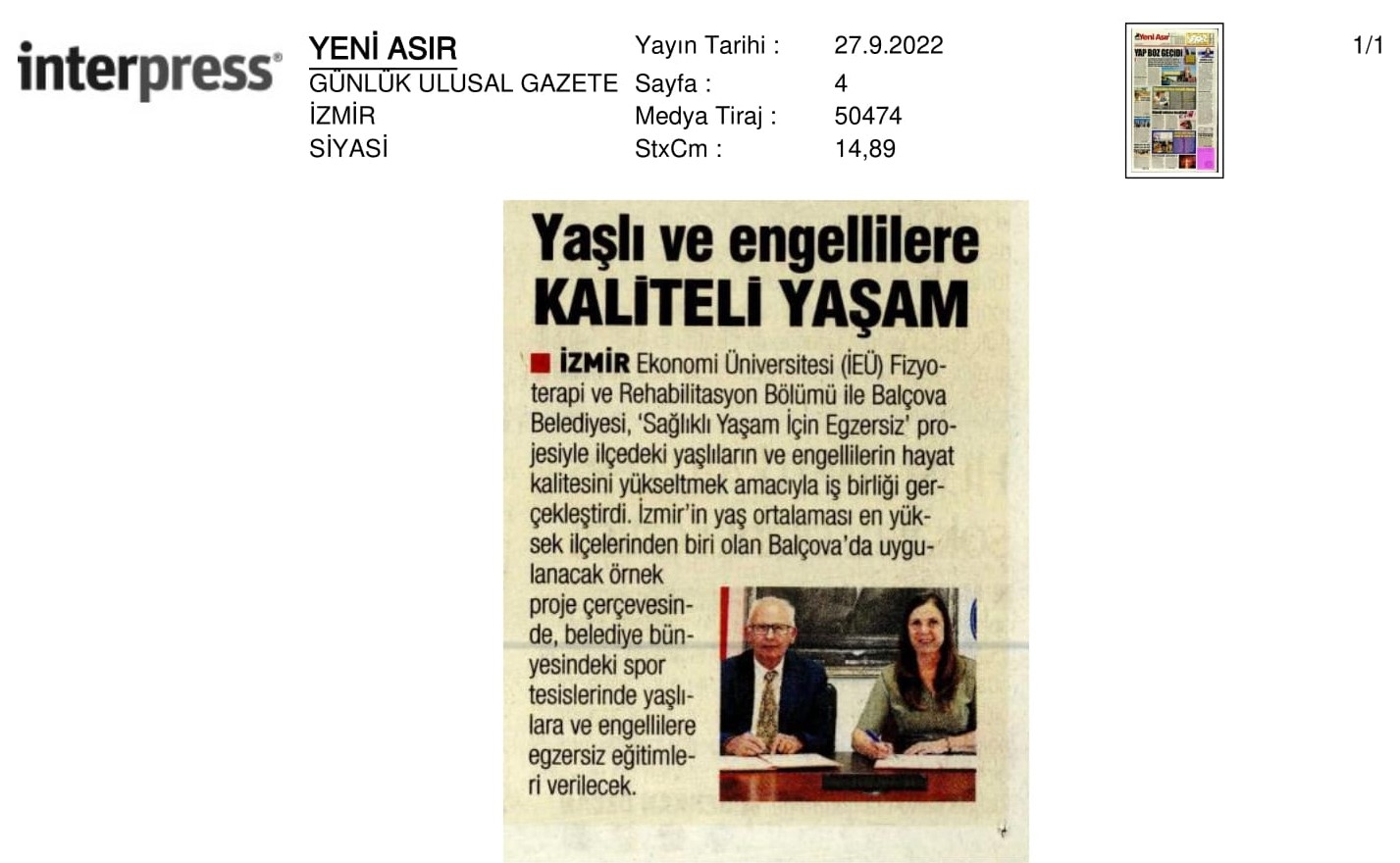 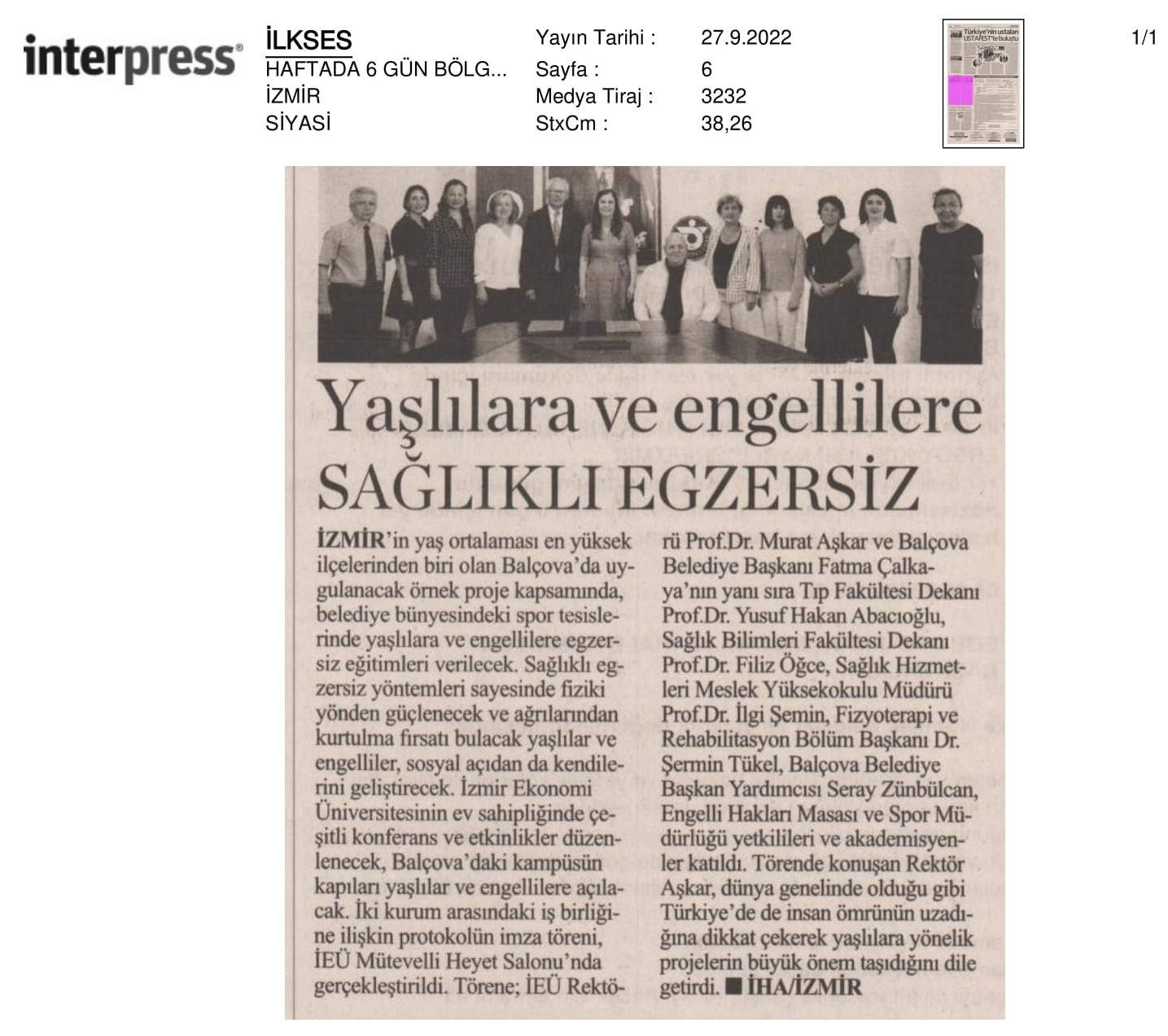