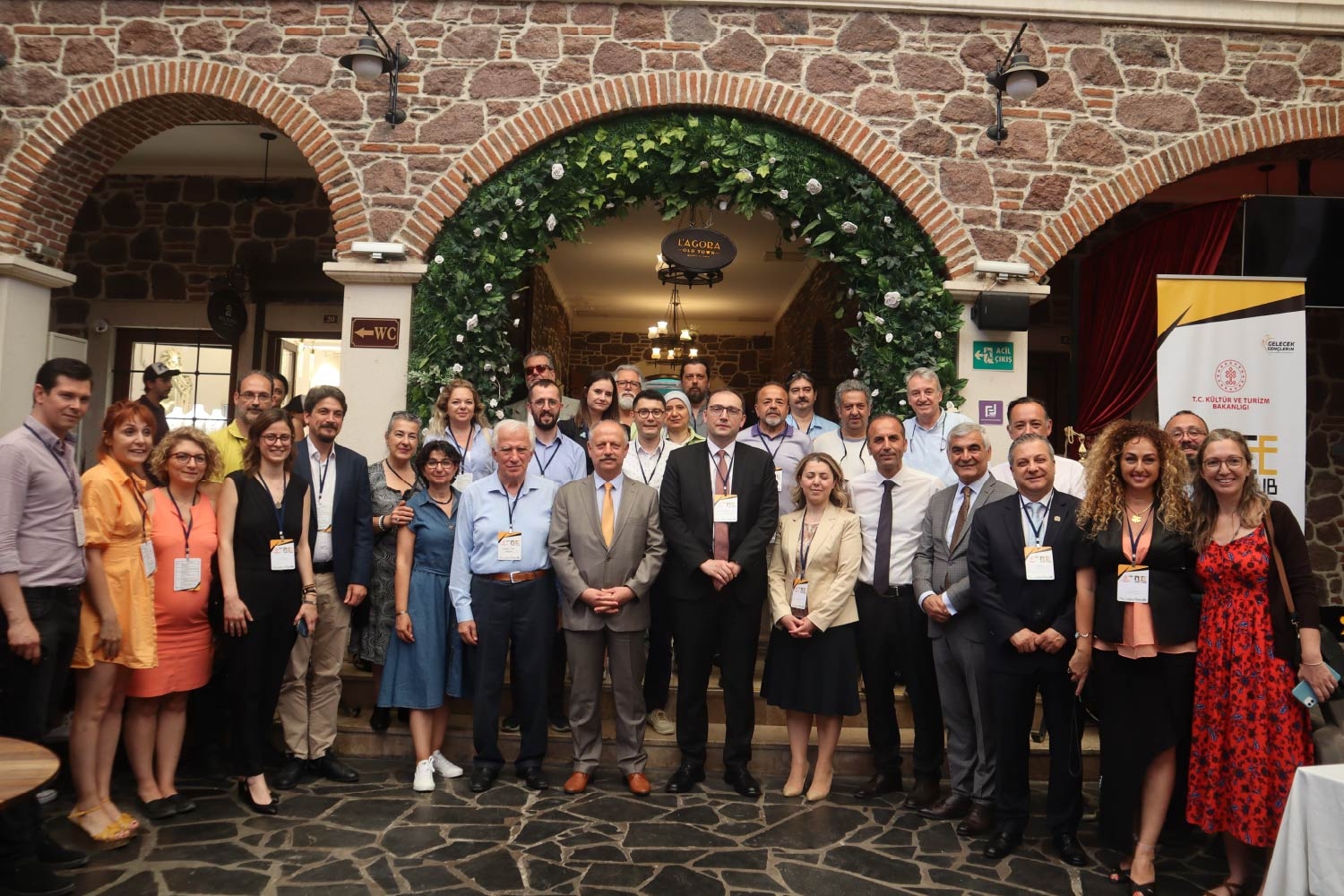 The Ministry of Culture and Tourism and 4 institutions in the city joined forces to increase the interest of young people in the historical center of Izmir, Kemeraltı Bazaar, and to enable craftsmen to transfer their knowledge and experience to future generations. Izmir University of Economics Creative Economy Research and Application Center (IUE+KREA), TARKEM A.Ş. (Historical Kemeraltı Construction Investment Trade Inc.), Izmir Historical Kemeraltı Tradesmen Association and Izmir Bilimpark A.Ş. have launched the ‘IMECE: Arts and Crafts-Focused Creative Entrepreneurship Center’ project that will add dynamism to Kemeraltı, and the ministry provided funding for the project. A 'creative entrepreneurship' center will be established in Kemeraltı within the scope of the exemplary project, which is planned to be completed in 2023, and initially 20 young people will be matched with 20 craftsmen. New products and services will be developed by utilizing digital technology with traditional production methods. Shedding light on the urban memory, Kemeraltı Bazaar will become a center of attraction for young people and a point of inspiration for creative business ideas.

The opening and first informative meeting of the project named ‘IMECE: Arts and Crafts-Focused Creative Entrepreneurship Center’, which will make a difference for the historical Kemeraltı Bazaar, was held in the historical courtyard of L'Agora Old Town Hotel. While, IUE+KREA Director Dr. Sevay İpek Aydın delivered a presentation about the project, a panel was also held with the participation of Emire Cete, Head of Department of Projects and Training, General Directorate of Copyrights, Ministry of Culture and Tourism, Sergenç İneler, General Manager of TARKEM A.Ş., Semih Girgin, President of the Historical Kemeraltı Tradesmen Association, and Ebru Camkıran, national tile artist. While drawing attention to the importance of the project for Izmir and Kemeraltı, the road map for the works to be done in the upcoming period was conveyed.

WE CARE ABOUT THE PROJECT

Speaking at the opening of the meeting, Director Dr. Ziya Taşkent, General Directorate of Copyrights, Ministry of Culture and Tourism, stated that they attach great importance to the 'IMECE' project, which was entitled to receive funding support within the scope of the ‘Gelecek Gençlerin’ (The Future Belongs to the Youth) project call. Dr. Taşkent said, “Kemeraltı has a historical past dating back centuries. It is a place where mastery and skill, which we call craft, is passed down from generation to generation. In this project, young entrepreneurs and craftsmen will come together, and this unity will turn into a product and creativity in a strong ecosystem. The project will bring strength and dynamism to Kemeraltı. The cooperation of the University, Techno Park, private sector and non-governmental organizations brought the IMECE project to the fore. 68 out of 400 projects across the country qualified to be supported within the scope of the ‘Gelecek Gençlerin’ project call. One of them was the project prepared for Kemeraltı.

We congratulate everyone who contributed, and we are happy to support this project, which we believe will also contribute to the regional economy.”

IT WILL SET AN EXAMPLE

Pointing out that there are nearly 90 historical bazaars in Turkey, IUE+KREA Director Dr. Sevay İpek Aydın stated that the project will set an example for other cities. Dr. Aydın said, “An entrepreneurship center focused on arts and crafts was a move that Kemeraltı needed for a long time. Bringing craftsmen and young generations together is a step in line with the structure of the region; it is also very important in terms of creating a culture of working together. As the Creative Economy Research and Application Center, we conducted research in the region before the project. The project was given its final shape in line with the results obtained. The matching of 20 young entrepreneurs and 20 craftsmen was also decided according to the previous research project. With the project, we believe that we have created an exemplary model for the transfer of traditional production to the future. Seeing that this model is implemented in other provinces will be our greatest gift to them.”

Expressing that the IMECE project will be the lifeblood of Kemeraltı, TARKEM A.Ş. General Manager Sergenç İneler said, “The project is very important and valuable for Kemeraltı to get the value it deserves. We will continue to work with determination to bring the project to life as soon as possible. Of course, this is not our only and final project. We have been working hard for a long time for Kemeraltı to be included in the UNESCO world heritage list. Kemeraltı is an indispensable value of our city and we will keep it like that.”

Semih Girgin, President of the Historical Kemeraltı Tradesmen Association, one of the project partners, stated that they are excited to host the project that will bring together the young generations with the craftsmen by reinforcing the rich culture and commercial diversity of Kemeraltı. Panelist Ebru Camkıran, drew attention to the importance of producing by experiencing Kemeraltı culture as an artist, and invited artists and craftsmen to Kemeraltı. 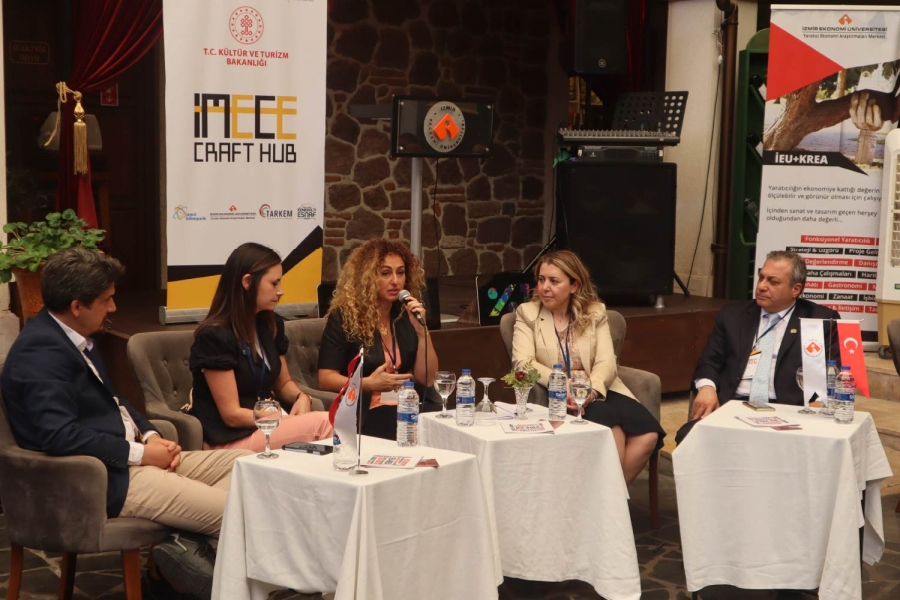 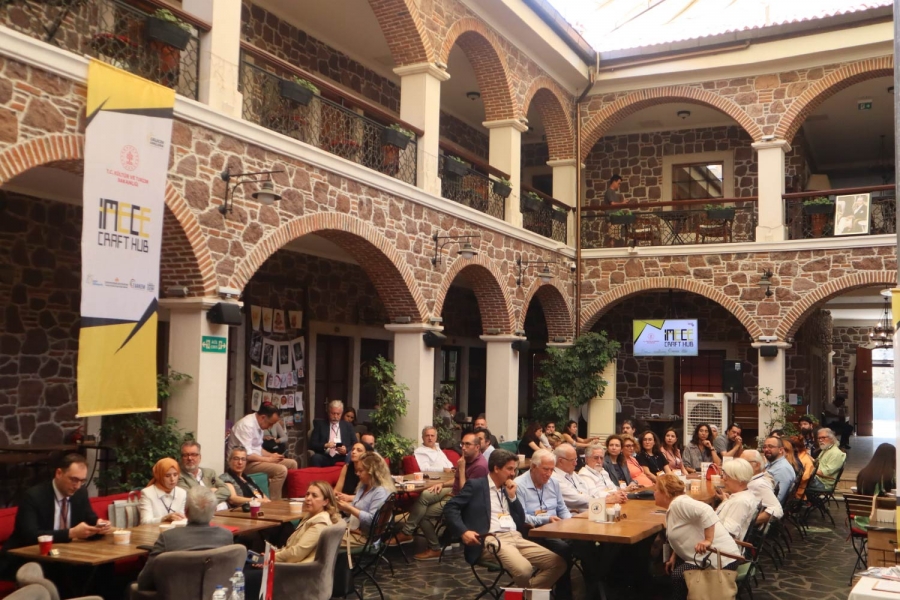