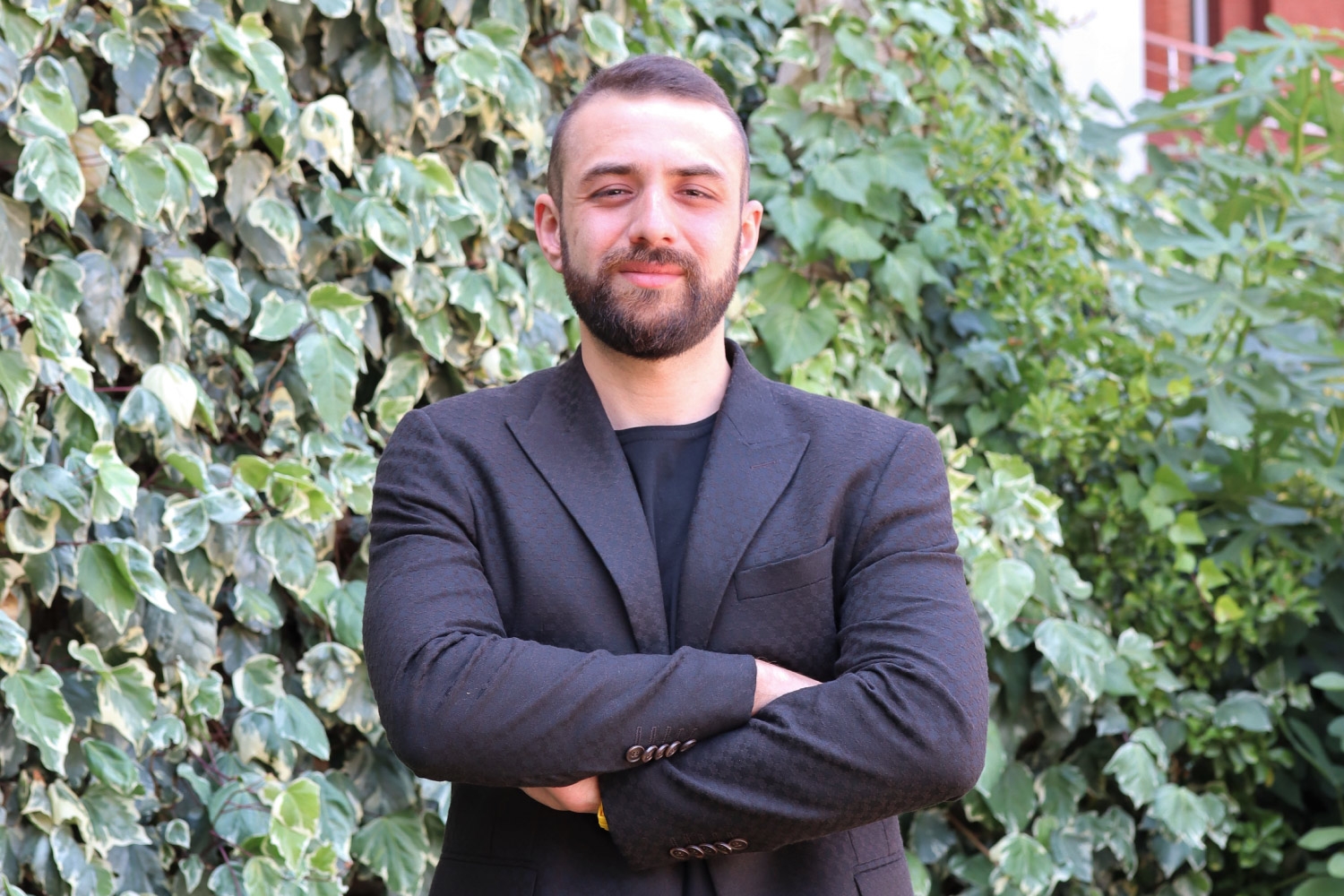 Mehmet Güler, a student of Izmir University of Economics (IUE) Department of Economics, came third in the ‘Akıl Fikir Yarışması’ (Idea Competition) organized by the Turkish Economy Bank with his project titled ‘fastposs’. Güler, who qualified to receive an award among approximately 3,500 projects with the mobile application called FastPoss, which has the feature of "digital waiter", allowing customers to quickly place orders and pay their bills instantly in the restaurant, also became the owner of 10 thousand liras.

Living in Narlıdere, Izmir, Mehmet Güler, a third year student at IUE Faculty of Business, Department of Economics, did a 6-month detailed study on the project he prepared to participate in the competition. Güler focused on minimizing the time spent in the restaurant by people who don’t have enough time during the day. Güler, who prepared an application where a person who comes to the restaurant could order quickly, pay the bill easily, and even leave a tip without having to call the waiter, also attracted the attention of the competition jury. In the competition organized by the Turkish Economy Bank (TEB) with the slogan of ‘icat çıkar’ (make an invention), IUE student Güler, who competed in the "student-new graduate" category against approximately 3,500 people, won the third place in Turkey, leaving behind many ambitious projects.

GREAT ADVANTAGE FOR THE EMPLOYER ALSO

Güler continued as follows: “Fastposs application is an advantage not only for customers but also for employers as there is no need to set up a large infrastructure and server for this application. I am very happy to receive an award for this application, which I think will attract the attention of the young generation in particular. I like to participate in competitions where ideas and projects are at the forefront. Last year, I ranked second in Turkey in the ‘Hayal Edin Gerçekleştirelim’ (You Dream, We Make it Happen) social innovation project ideas competition organized by Kredi Kayıt Bürosu Turkish Credit Bureau (KKB) with my project called "Raspberry", which aims to increase agricultural efficiency and energy saving by using new generation greenhouse methods. I will continue to work on new projects.” 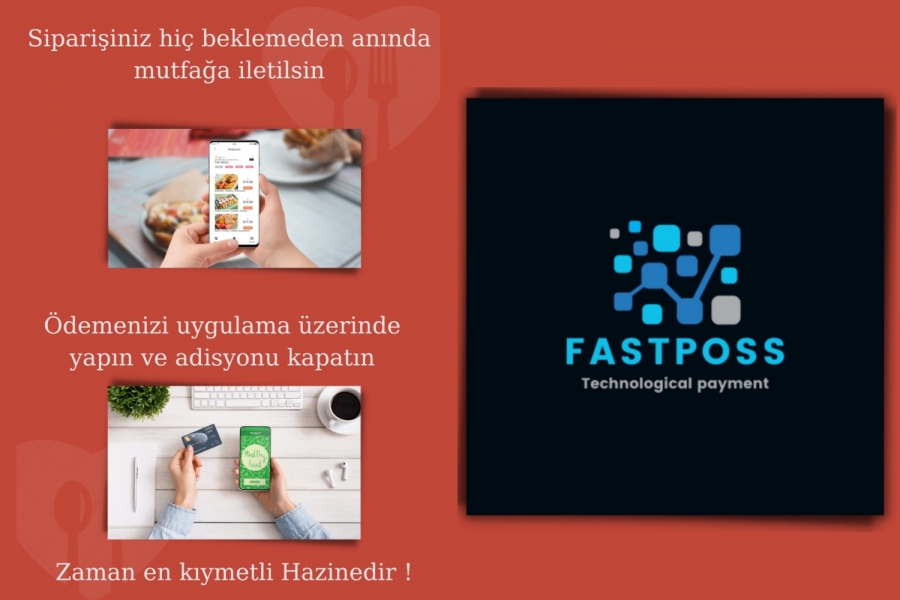 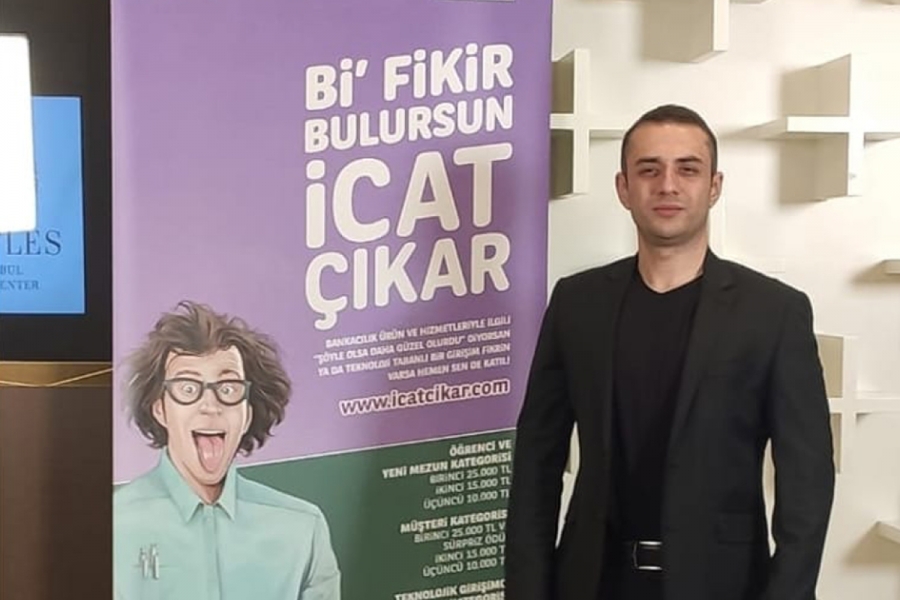 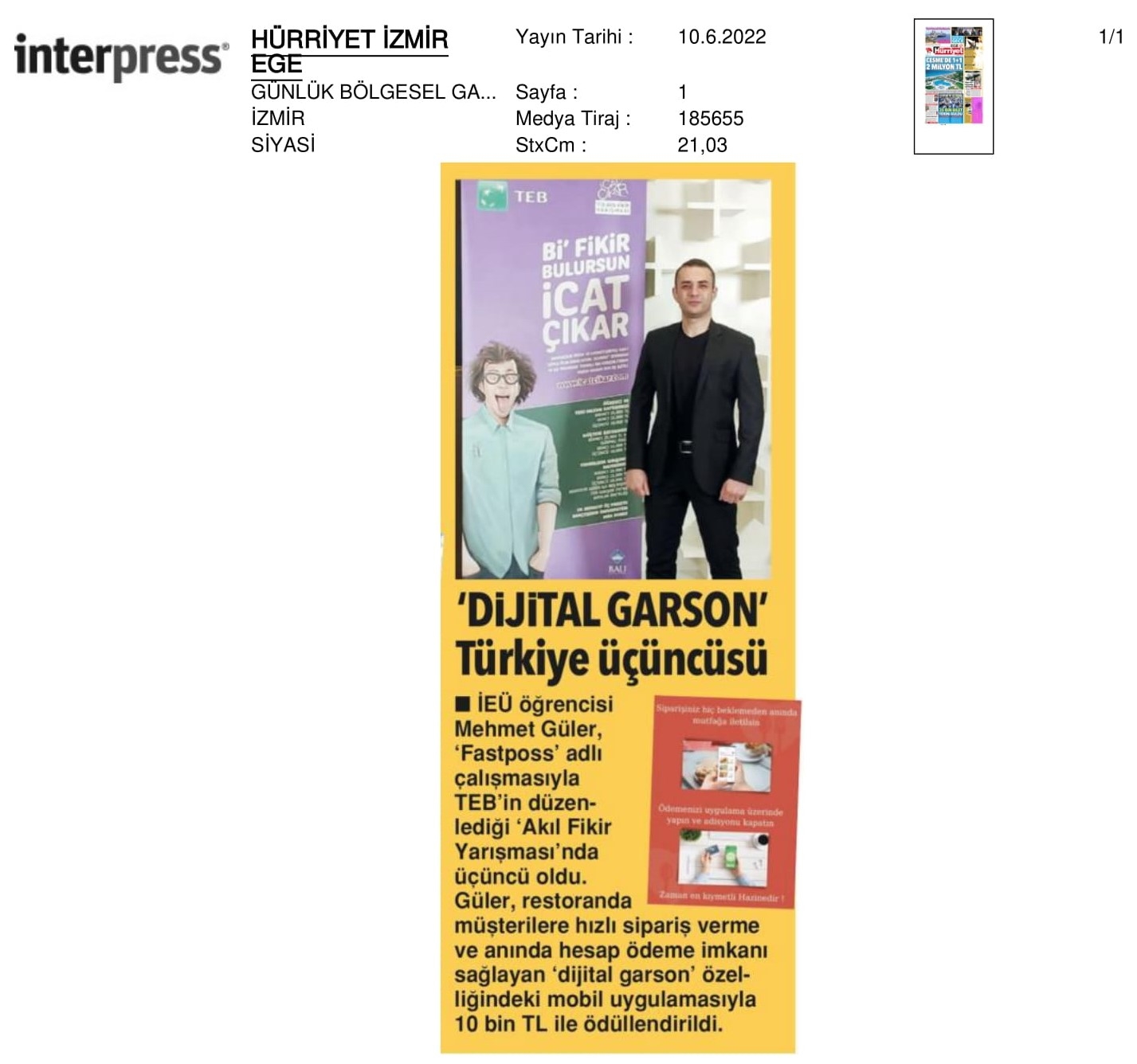 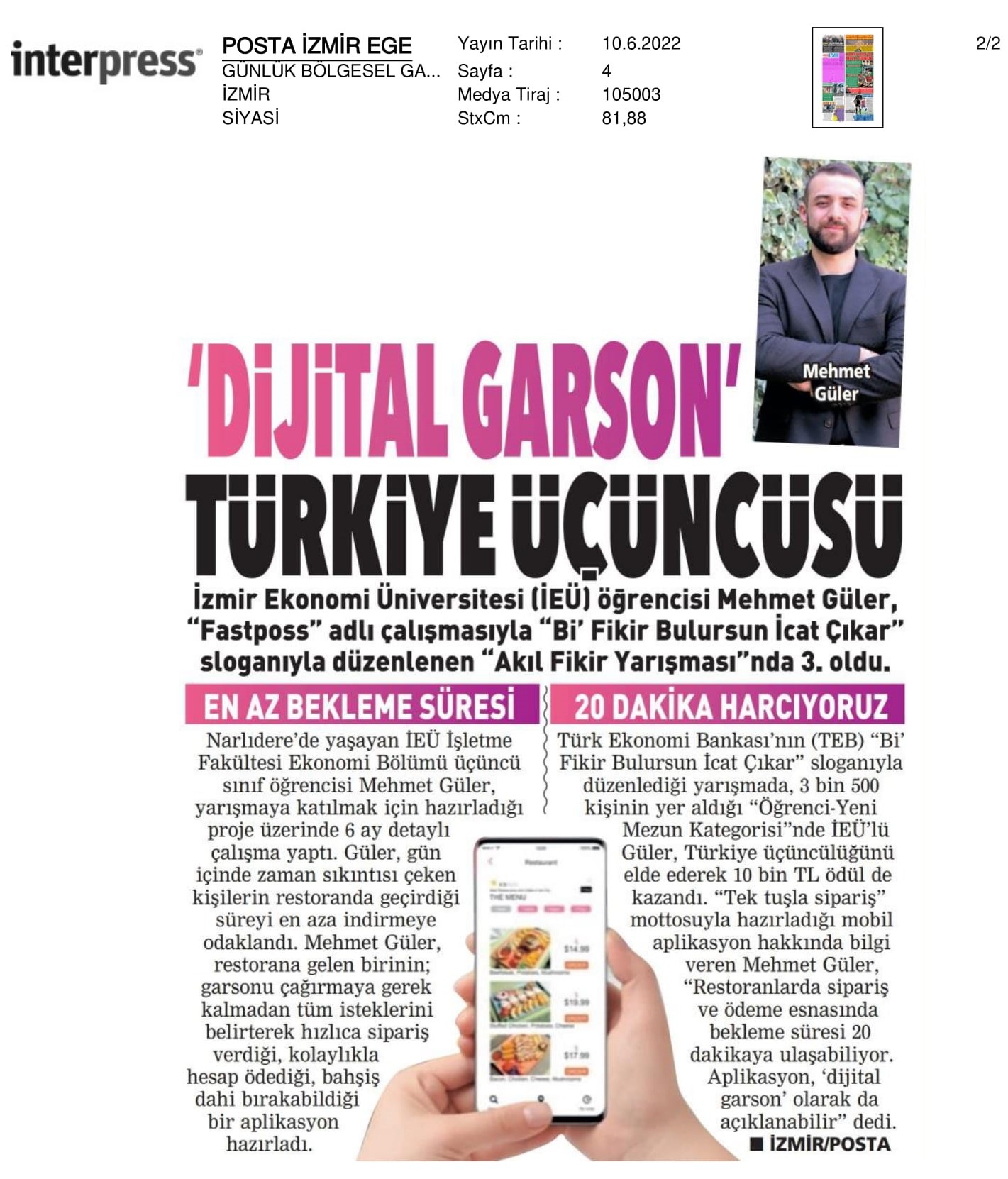 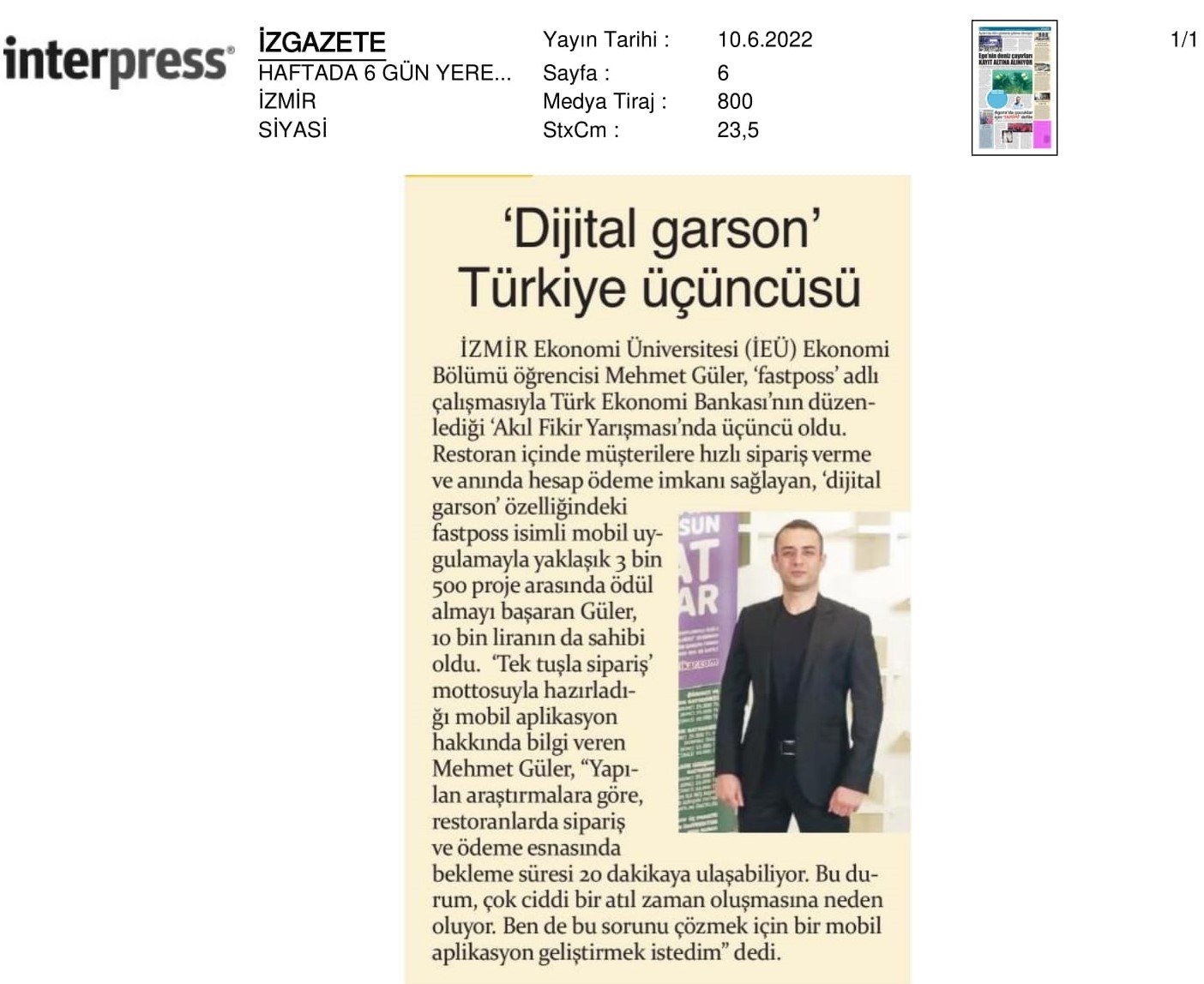 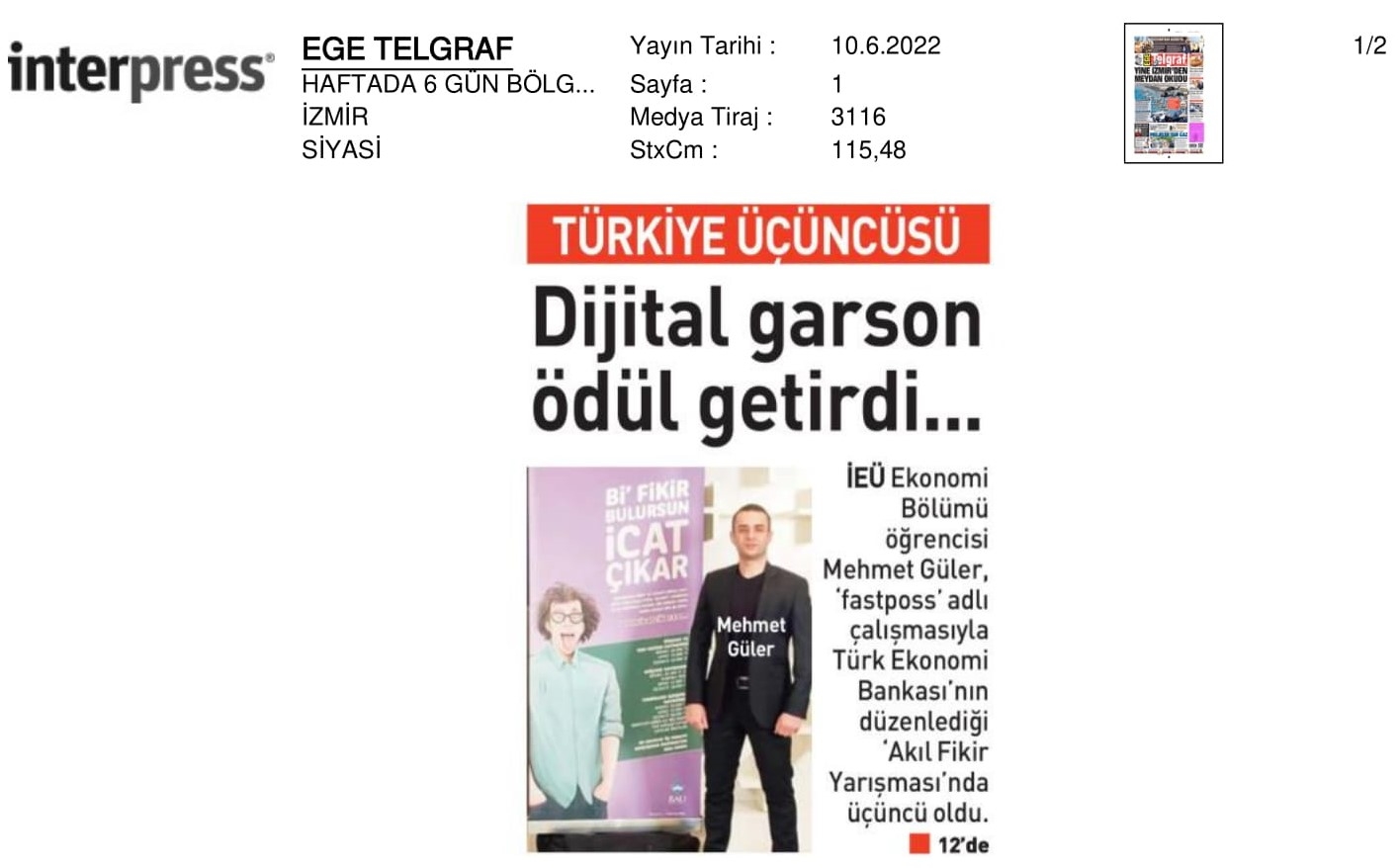 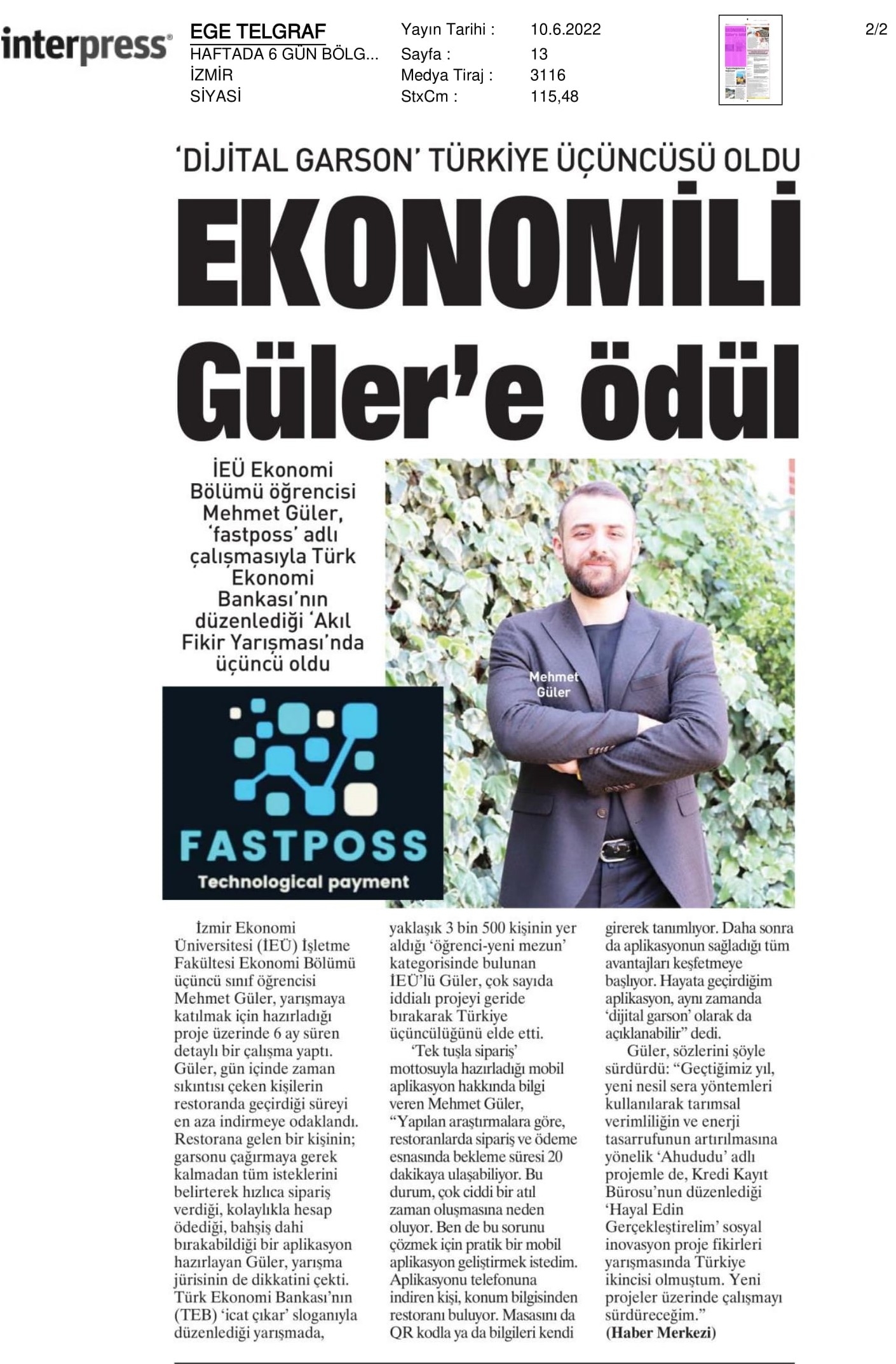