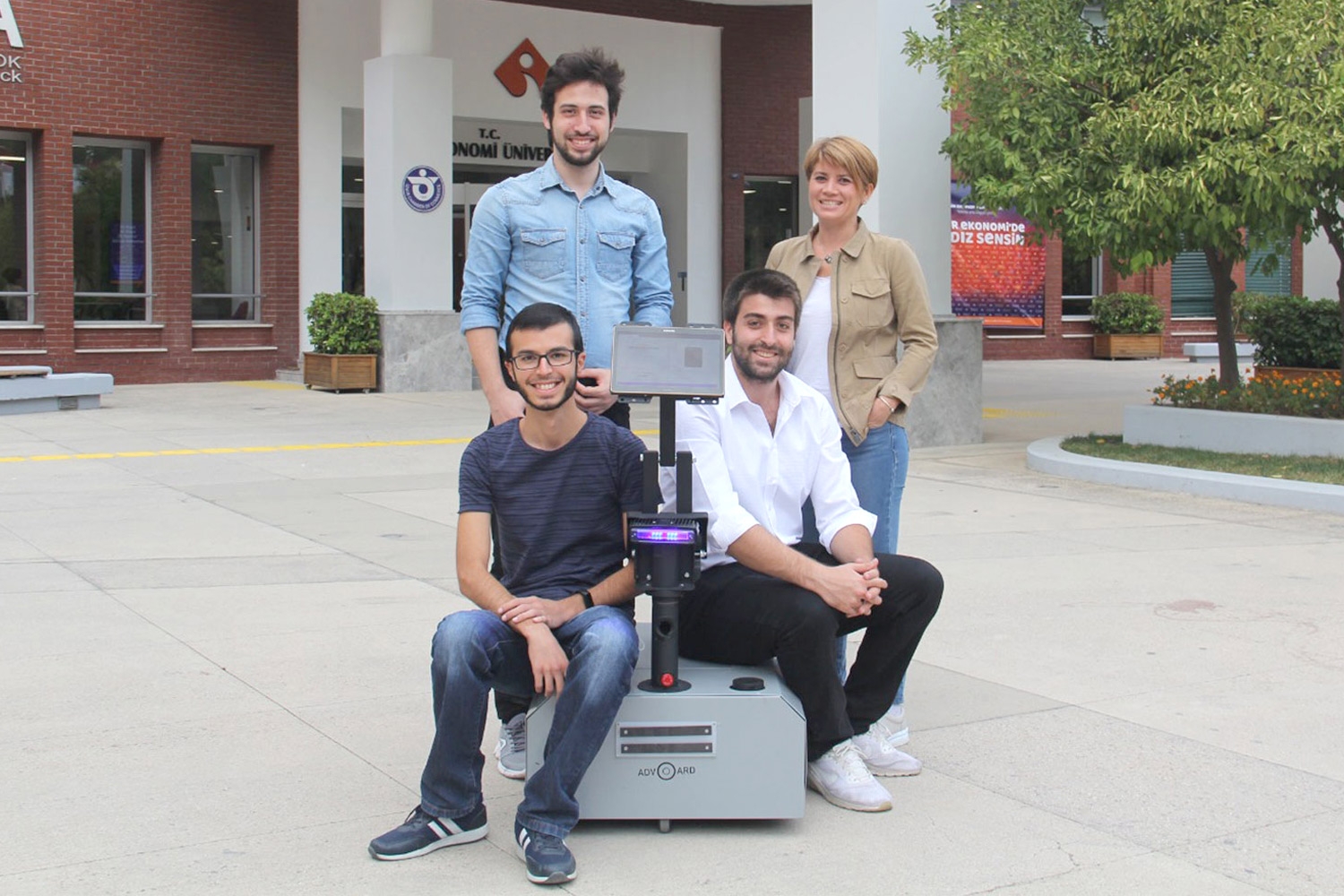 Assoc. Prof. Dr. Pınar Oğuz Ekim, faculty member at Izmir University of Economics (IUE), has been shown among the top 5 successful female entrepreneurs in Turkey with the technology company named 'Advoard Robotics', which she founded with her 3 students. Being among the top 5 out of 38 women entrepreneurs at the Techno Women Entrepreneurs Academy Program, organized by TIM-TEB Entrepreneurship House, established by collaboration of Turkish Exporters’ Assembly and Economy Bank of Turkey, Assoc. Prof. Dr. Pınar Oğuz Ekim has been entitled to participate in VivaTech, Europe's largest startup and technology fair, to be held in Paris. Assoc. Prof. Dr. Ekim will have the opportunity to tell international entrepreneurs about her studies on autonomous robots that reduce the need for human power at the fair on June 15-18.

Assoc. Prof. Dr. Pınar Oğuz Ekim from IUE Department of Electrical and Electronics Engineering founded the company 'Advoard Robotics' in 2019 together with her students Bekir Bostancı, Mehmet Emre Söyünmez and Sercan Çağdaş Tekkök. Focusing their studies on autonomous robots, the team from IUE took action after the first Covid-19 case was seen and developed a special 'sterilization robot' that can clean 5,700 square meters of indoor space in 90 minutes.

Continuing their work that makes a difference, Ekim and her students developed a transport robot last year that can draw a route through artificial intelligence, reducing the need for human power by two thirds. Developed at IUE, the robot received orders from a famous e-commerce site and many large companies. The smart robot also came third in Turkey in the Future of Automotive Design Competition, organized in cooperation with the Ministry of Commerce, Turkish Exporters Assembly and Automotive Industry Exporters' Association.

CAUGHT THE ATTENTION OF THE JURY

Writing an exemplary success story with the company she founded, Assoc. Prof. Dr. Ekim also marked the Techno Women Entrepreneurs Academy Program supported by the United States (USA) Embassy. Catching the attention of the jury in the program, where ambitious women entrepreneurs in Turkey conveyed their work, new business ideas and goals in the field of technology, Assoc. Prof. Dr. Ekim became one of the 5 women entrepreneurs who was entitled to participate in VivaTech, Europe's largest entrepreneurship and technology fair, to be held in Paris, the capital of France, in October.

Stating that she attaches great importance to the fair in terms of presenting projects to world-renowned companies abroad, Assoc. Prof. Dr. Ekim said, “The ‘Advoard Robotics’, which I established with my students, developed rapidly in a short time. My experience combined with the energy and excitement of my students and resulted in successful projects to be cited as examples. Techno Women Entrepreneurs Academy Program is an area where you can both receive training and deliver project presentations. At the end of the program, you make a presentation to the jury where you explain your projects and share your entrepreneurship story. Then they determine the team that qualifies to go to France. Of course, I was very happy to be successful in such an important program. This fair has been a great opportunity for us to enter the foreign market and improve our network. We want to make the best use of it.” 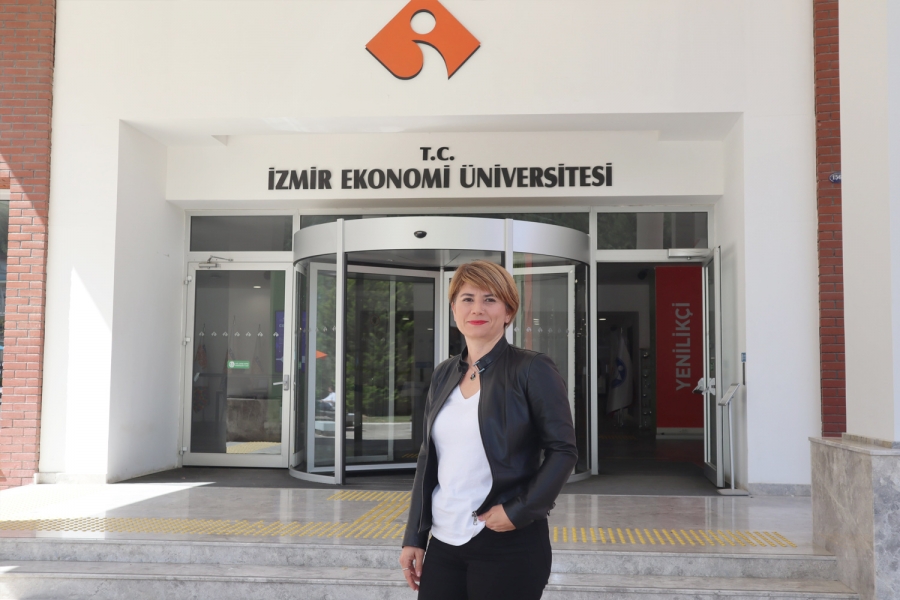 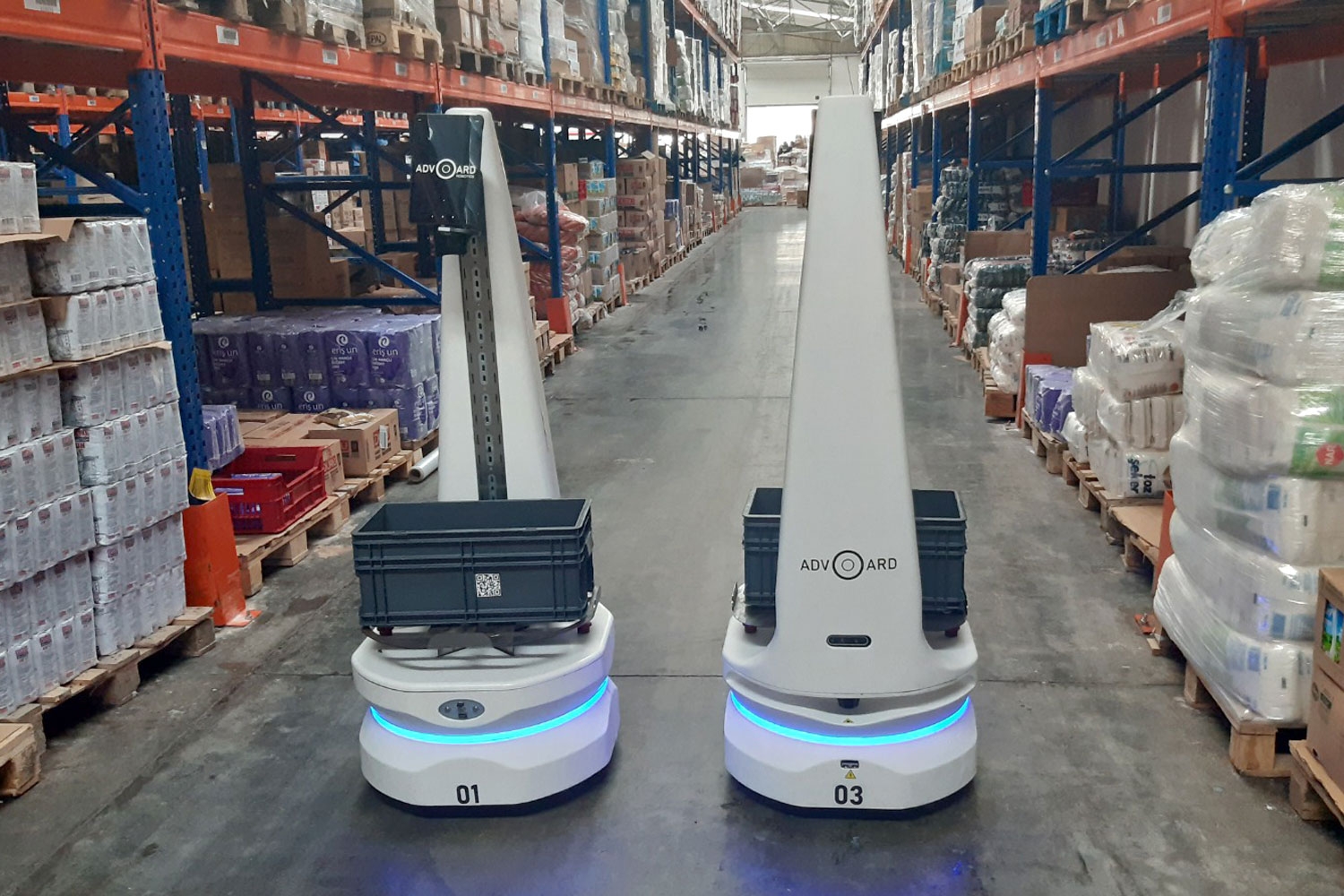 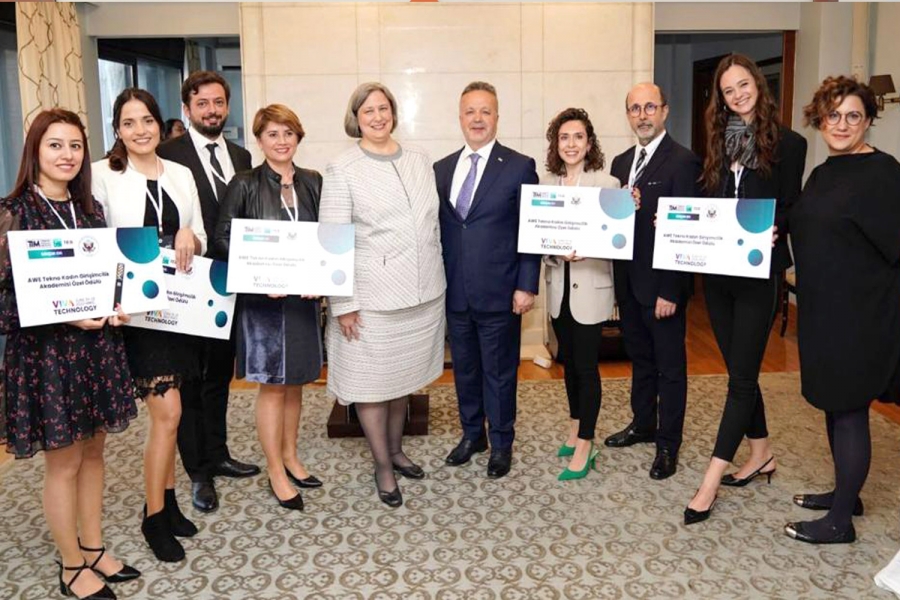 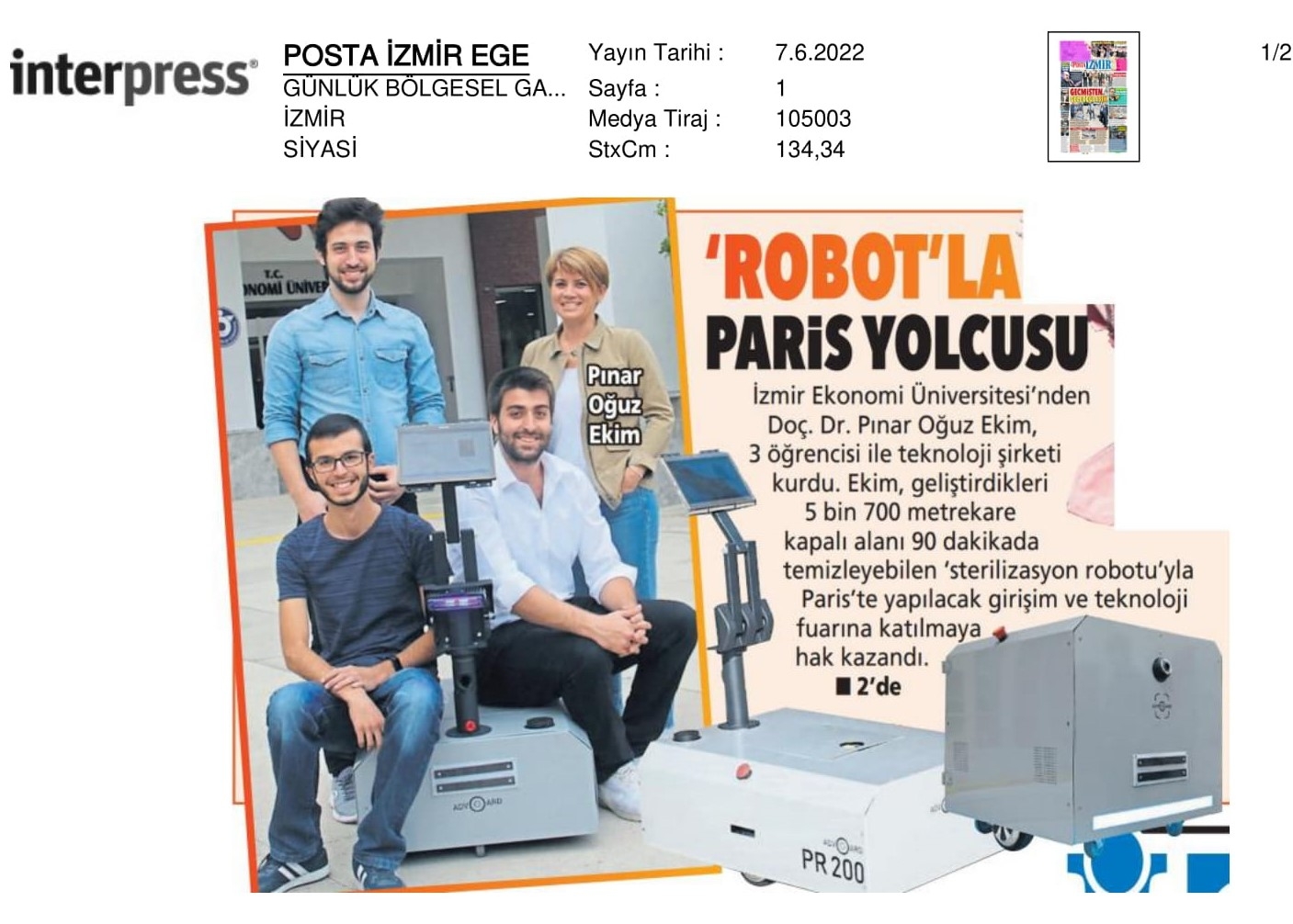 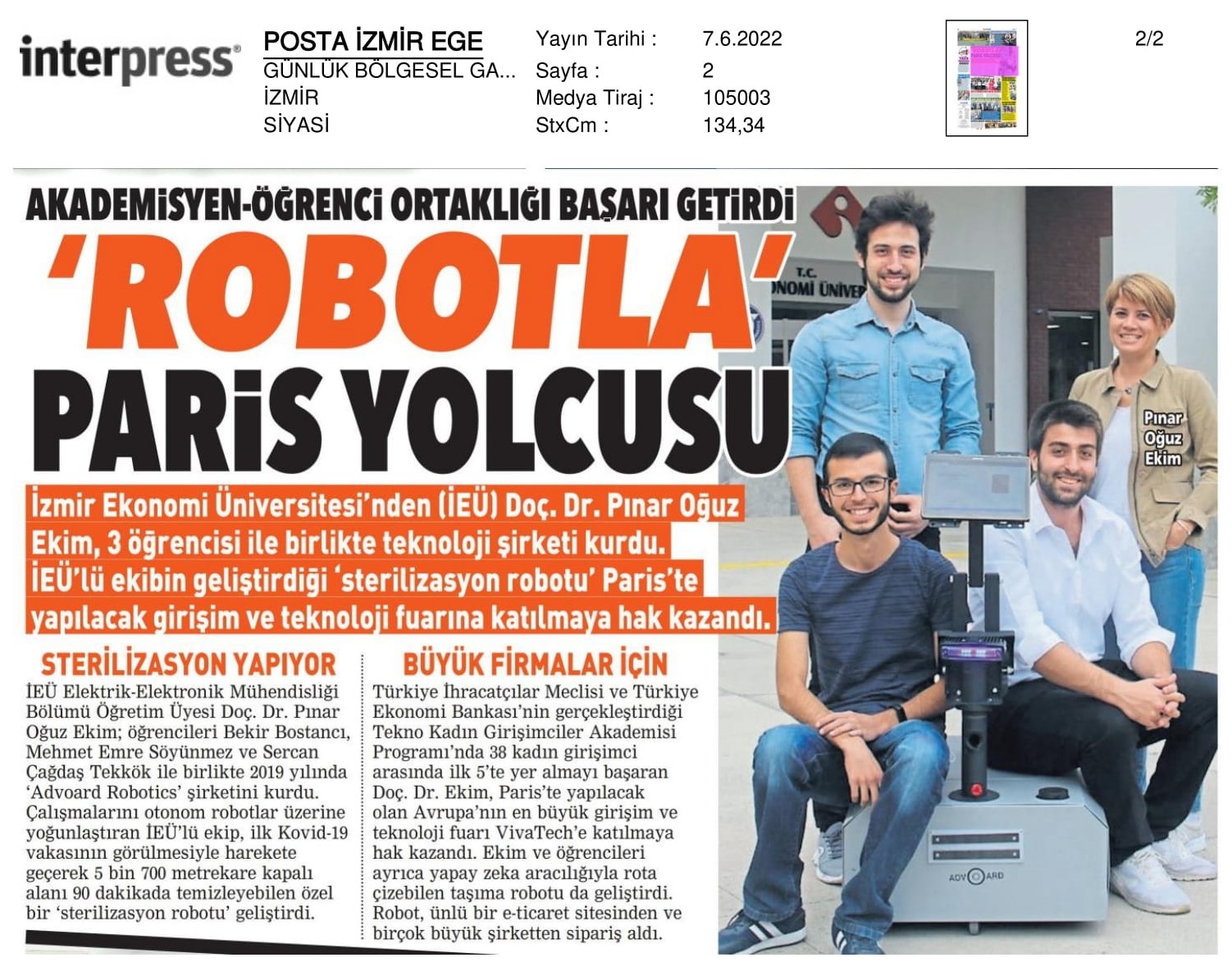 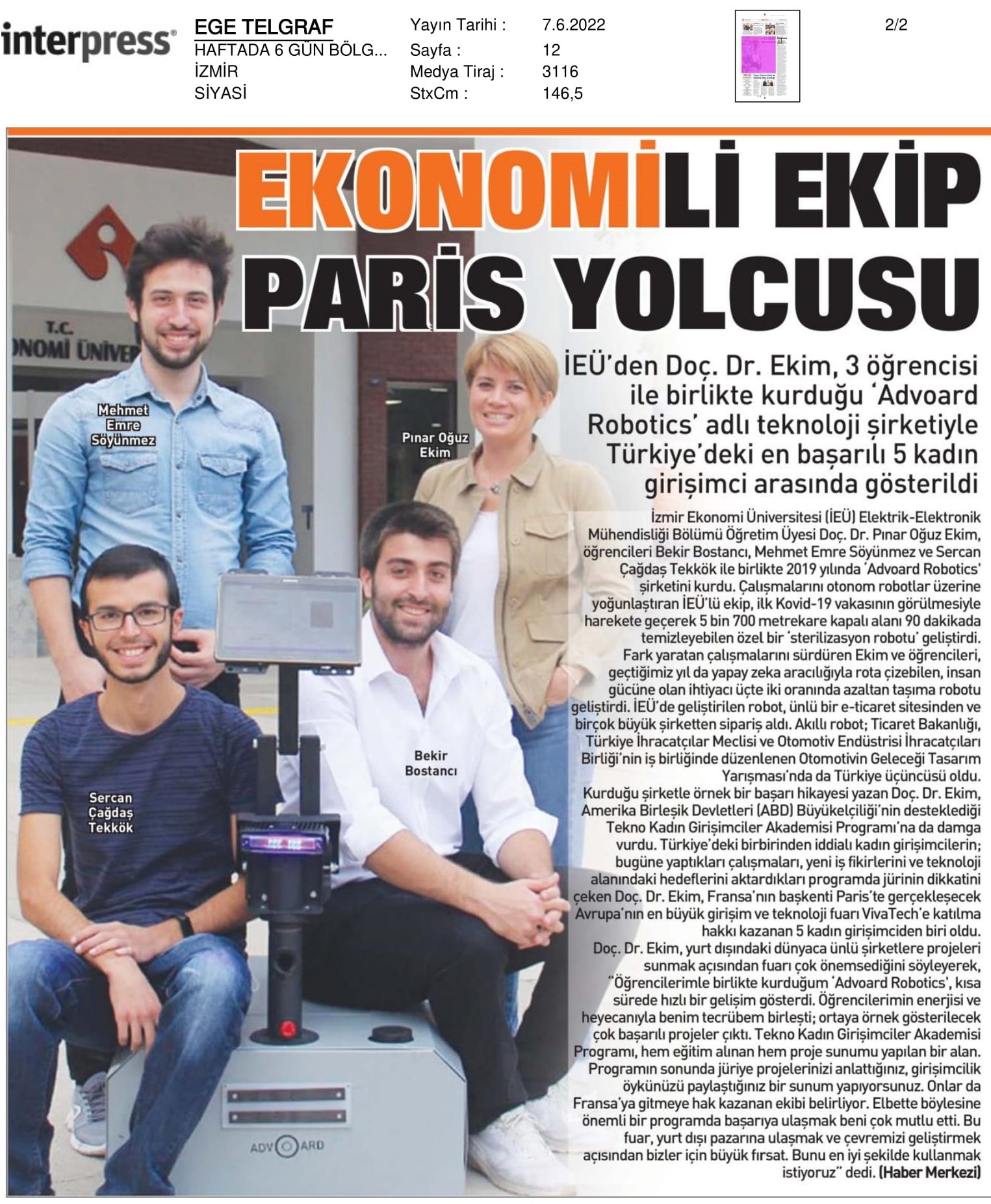 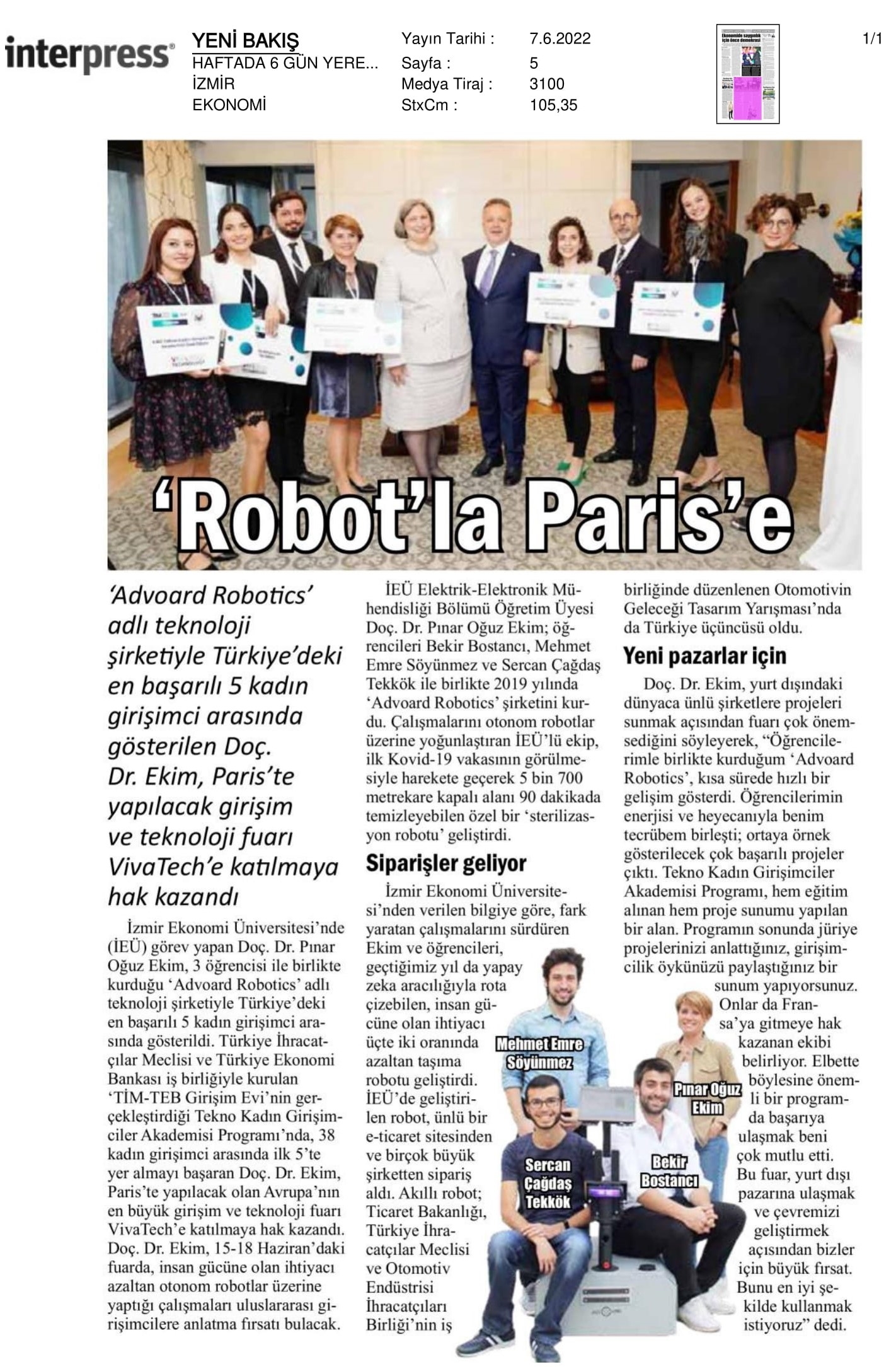 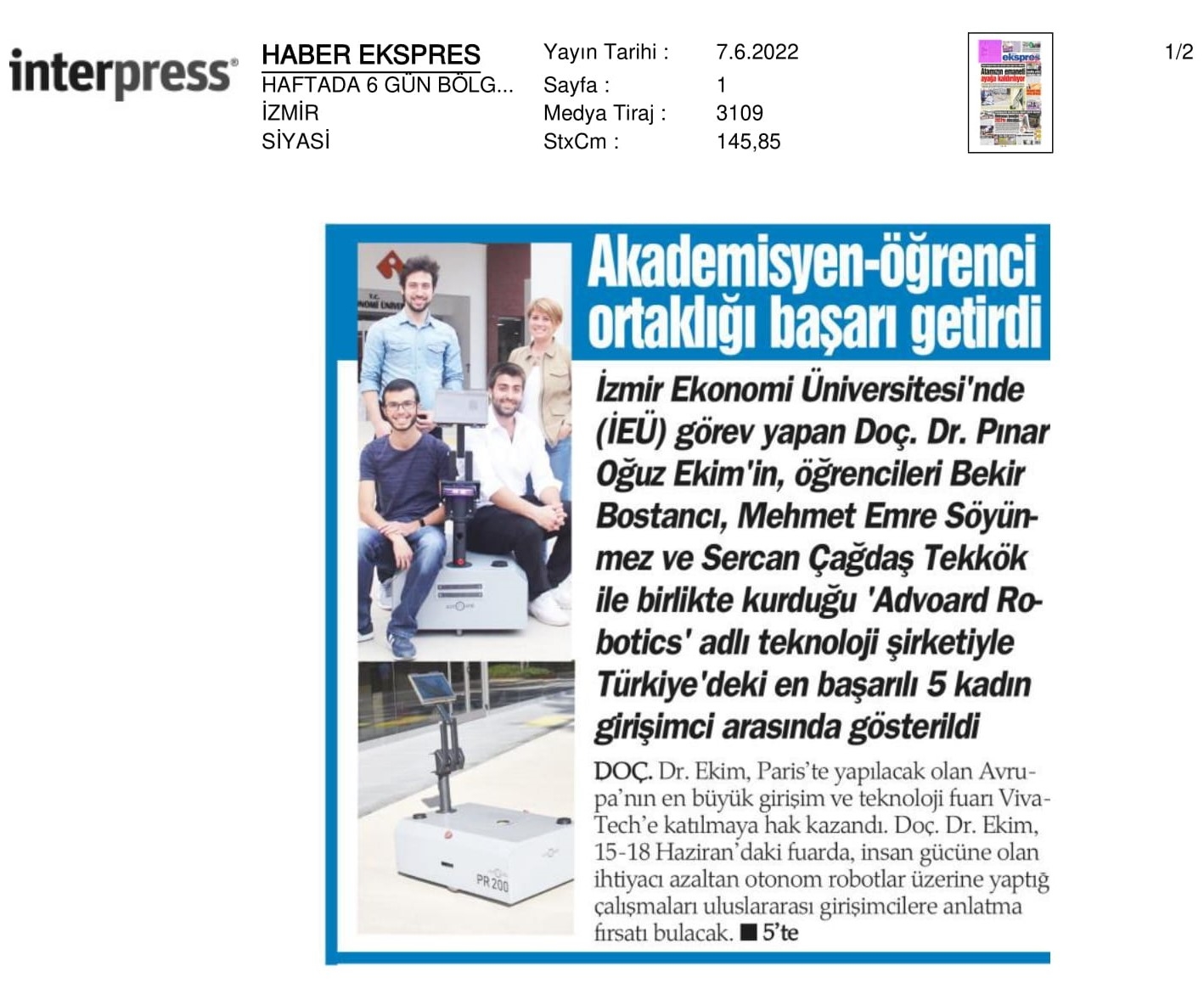 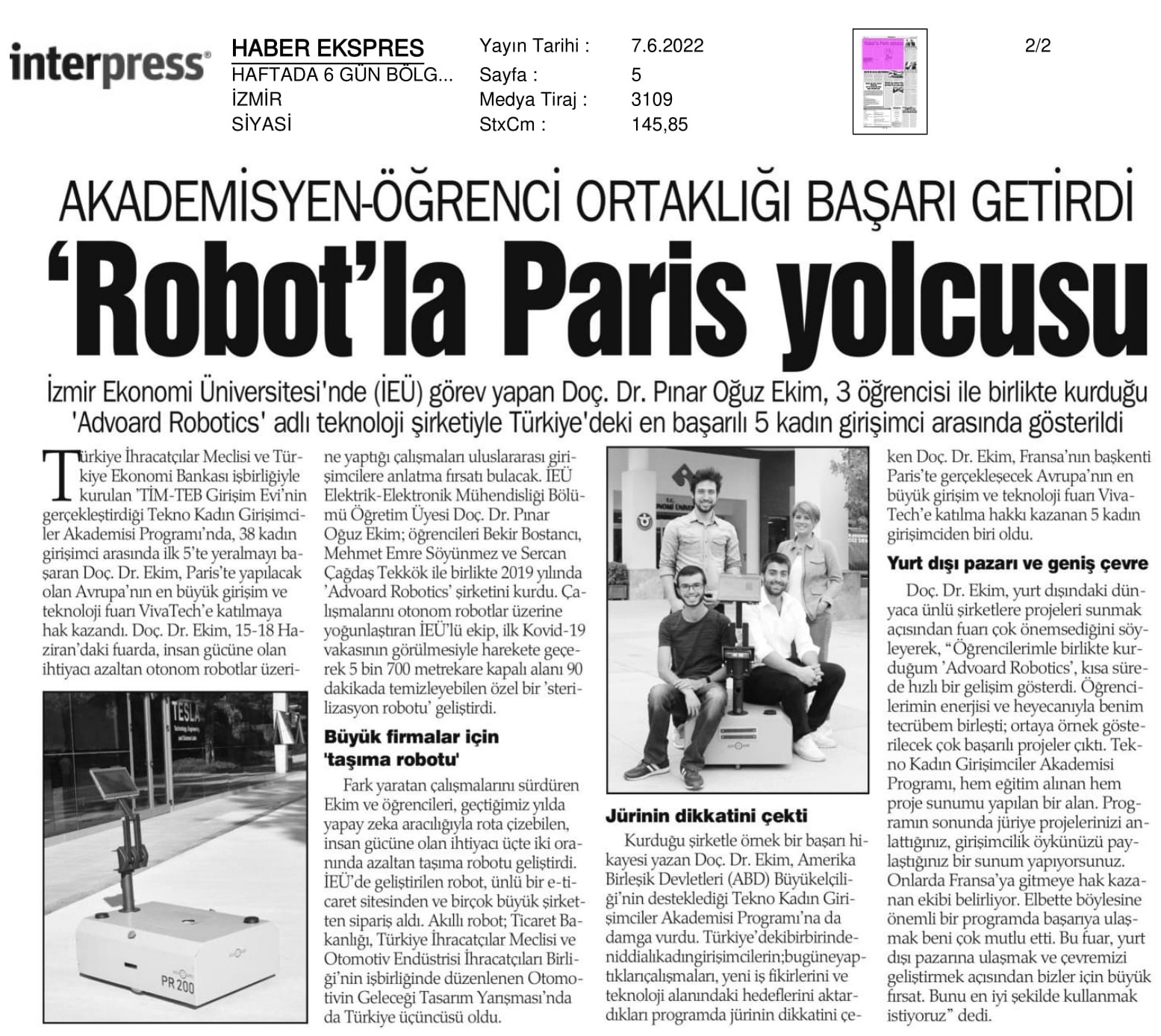 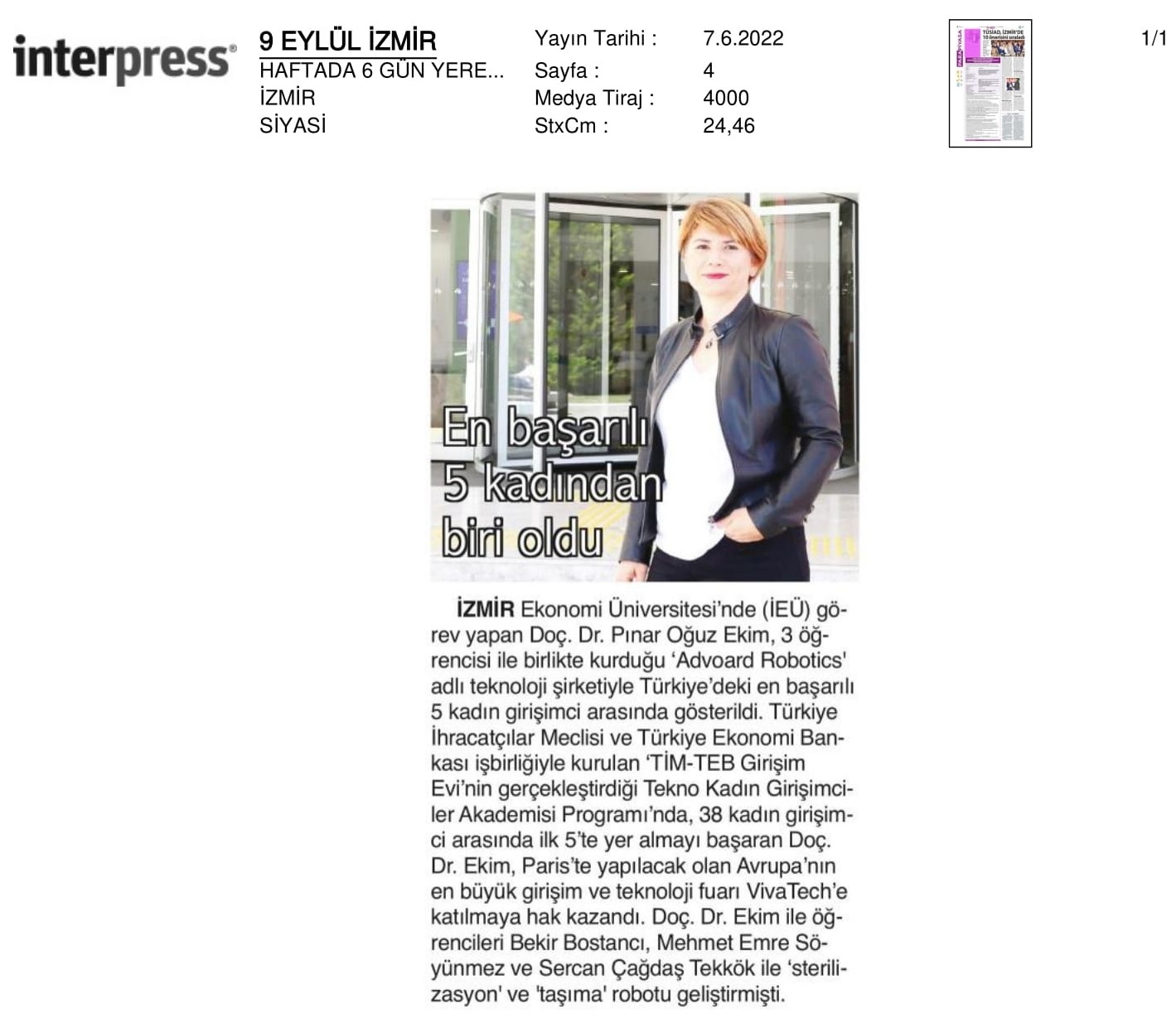