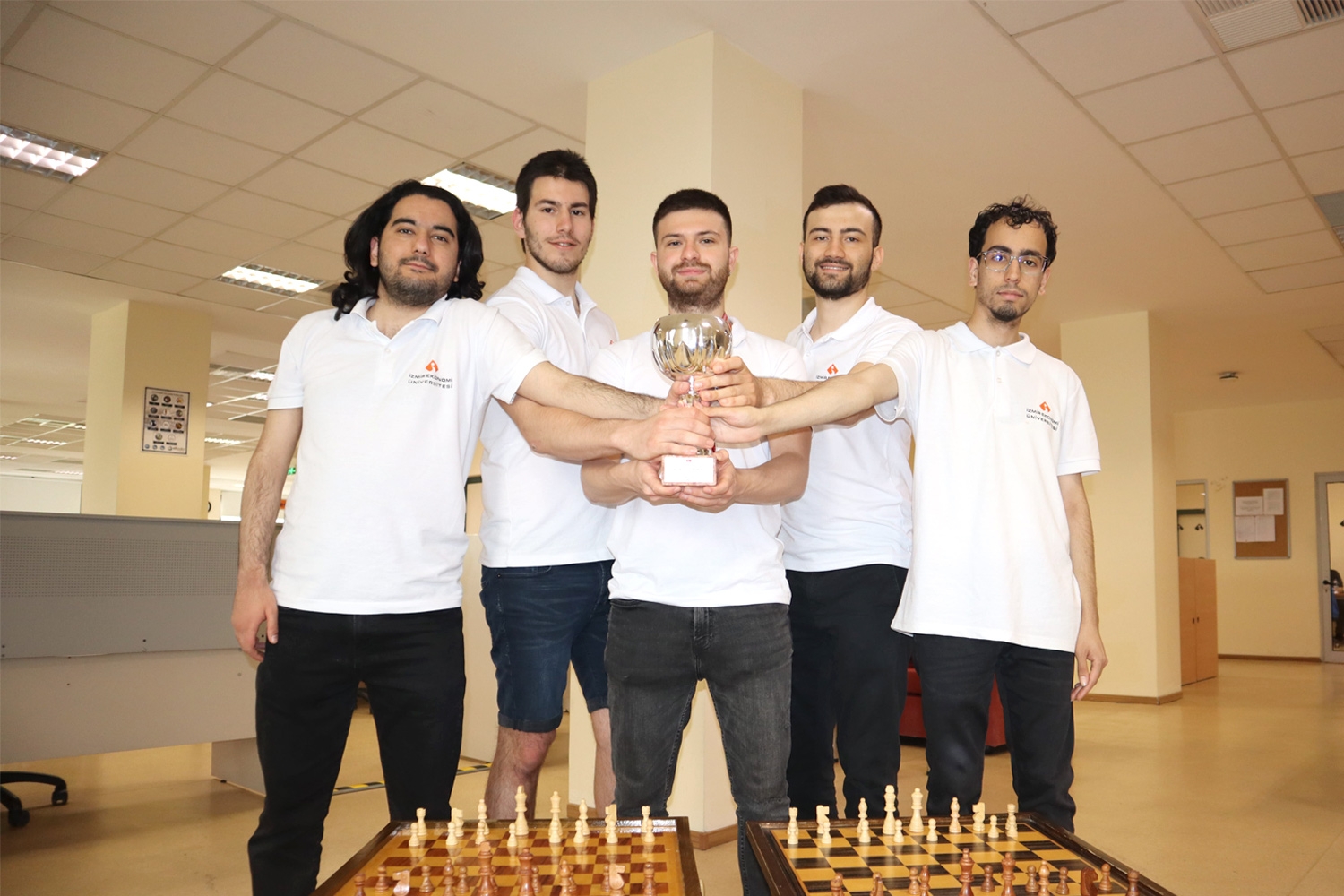 The championship, which caused great excitement and where ambitious teams competed, was hosted by Aydın Adnan Menderes University. The IUE Chess Team, which marked the tournament, consisted of Faculty of Medicine students Batuhan Özen and Emre Gürtekin, Department of English Translation and Interpretation student Emre Kırılmaz, Aerospace Engineering student Cengiz Yıldırım, and Biomedical Engineering student The IUE Chess Team, which ranked second in the general category, in the tournament that took place on 7-11 May, presented the trophy to Rector Prof. Dr. Murat Aşkar.

WE ARE PROUD OF OUR STUDENTS

Congratulating the students, Prof. Dr. Aşkar said, “We want our students to improve themselves not only academically but also in various fields such as sports and arts, and we encourage them accordingly. Chess is a very useful sport that develops discipline, motivation, effective thinking and decision-making ability. The success of the team in this field has made us proud as a university. I congratulate all students who brought this joy to the University. We have students representing the University in many branches of sports such as swimming, sailing, taekwondo and fencing, in addition to chess. I believe that new trophies will be added in the coming period to the trophies we have received.” 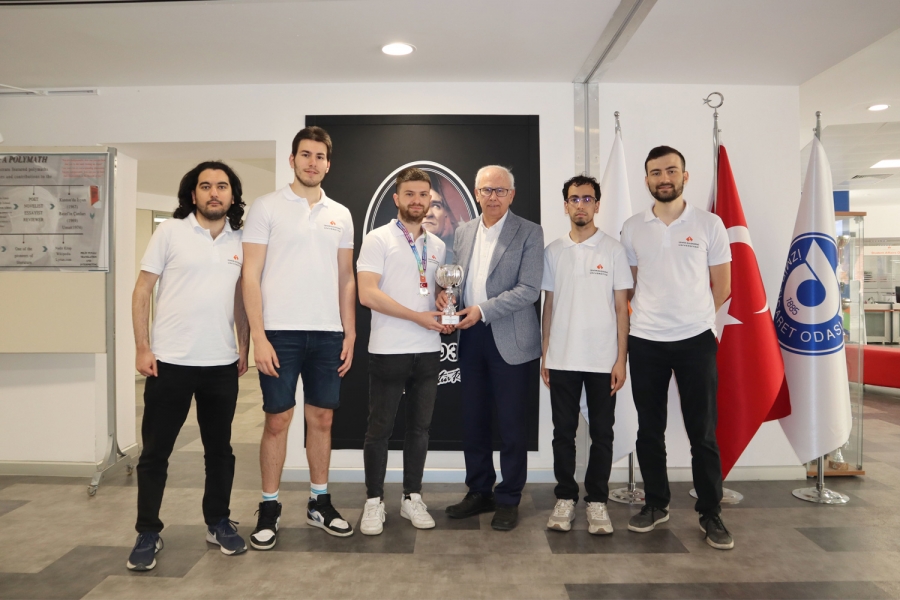 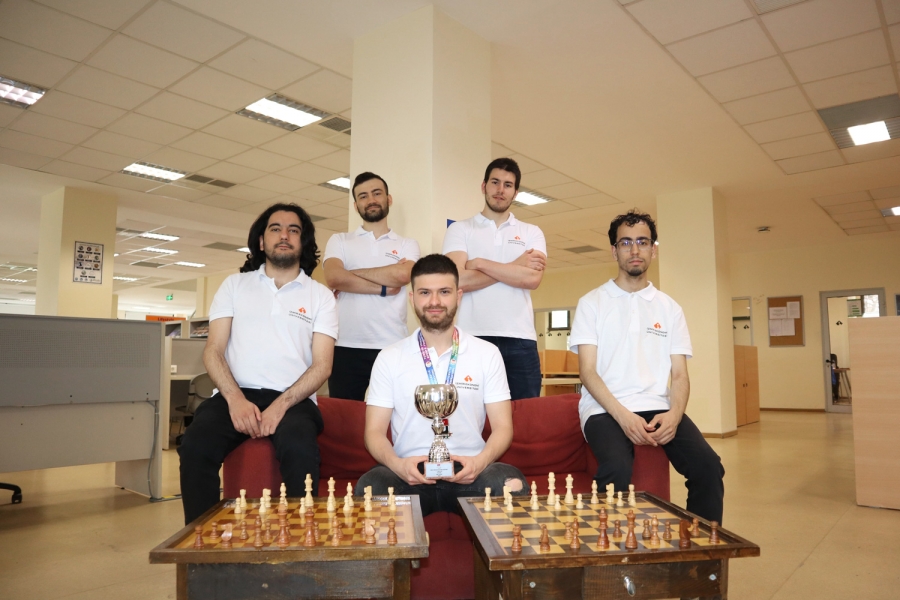