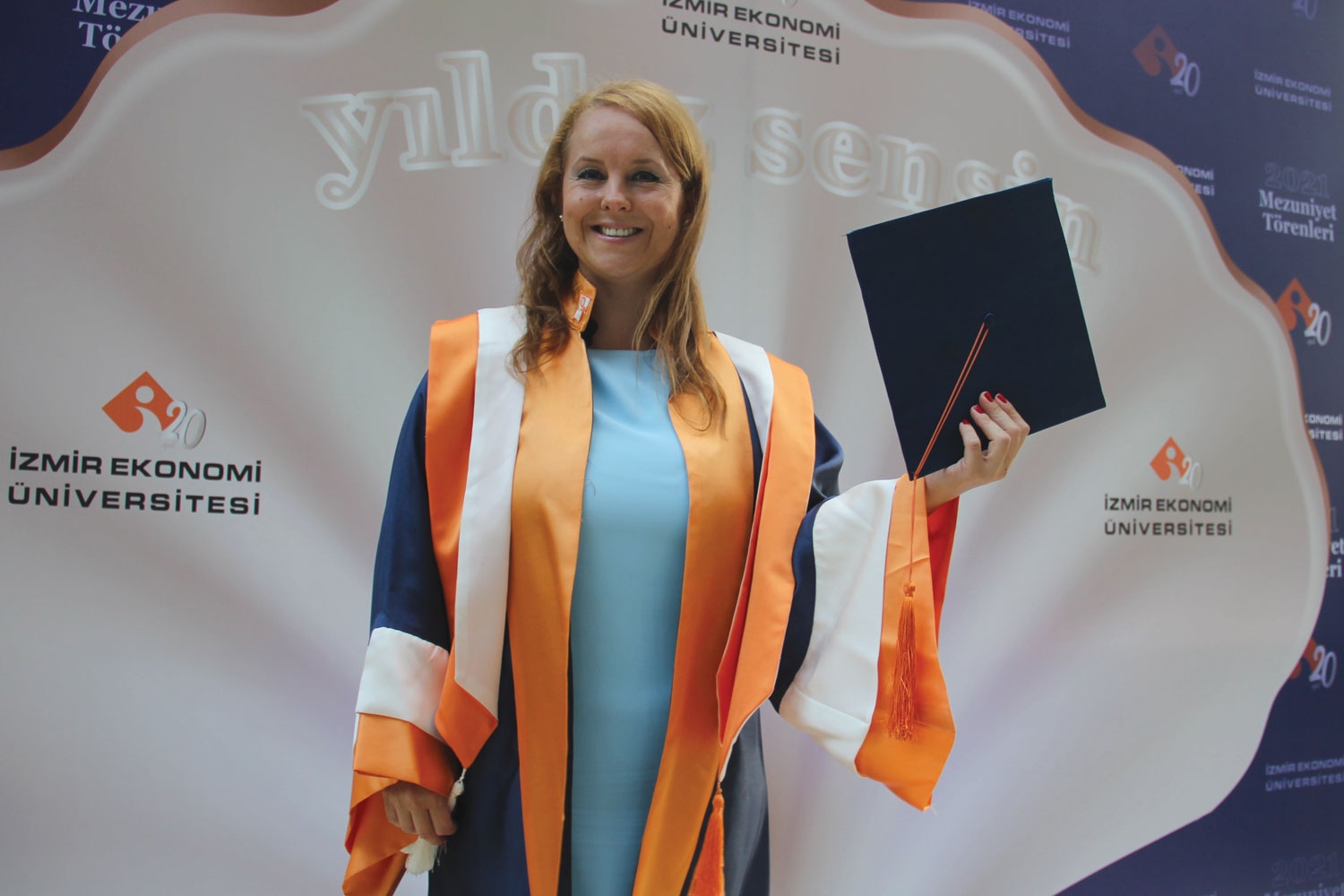 Bilge Türköz (39), a mother of two children living in Izmir, followed her childhood dream by ignoring those who say, "You cannot study at this age, do not go on adventure, you cannot finish school", and she graduated from Izmir University of Economics (IUE) with the first place. Türköz, who completed the psychology degree that she always wanted on time and signed a success story that inspires young people said, “When I started the University, my twins were 4 years old. There were times that I came to the campus with my children, and times that I had to study in the garden of their kindergarten. I endured all these difficulties, dreaming of the day I would receive my diploma. Graduating as the highest-ranking student is an indescribable feeling, I am very happy.”

Feeling pressured by her family and friends, Bilge Türköz, who lives in Hatay, Izmir, enrolled in the Department of Economics at Bursa Uludağ University in 2004, although she wanted to study psychology since her childhood. Delaying her childhood dreams for a while, Türköz worked as a manager and foreign relations officer in various companies after successfully graduating. Türköz then continued her career as a banker, during which time she graduated from Anadolu University Human Resources Management Program.

ACHIEVED HER GOAL IN THE FIRST ATTEMPT

Continuing her career successfully, Türköz never gave up her interest in psychology. Following articles and research on psychological research, Türköz has always dreamed of the day she will study psychology. Having twins named Demirkan and Poyraz in 2013, Türköz took a break from professional life and took the university entrance exam again and decided to study psychology, which was her childhood dream. Türköz, who took the university exam in 2017, achieved her goal in the first attempt and enrolled in the IUE Faculty of Arts and Sciences, Department of Psychology.

Türköz stood out in a short time with her hard work and inquisitive personality. Türköz, whom the students in the psychology department call "Big Sister", achieved a rare success by proving that every difficulty can be overcome by working. Türköz achieved the highest grade point average at the end of the fall and spring semesters of the 2020-2021 Academic Year, and became the top student in the university. Türköz was given a master's and doctorate education award by IUE. Türköz was presented her award at the graduation ceremony by Mahmut Özgener, President of  IUE Board of Trustees and Rector Prof. Dr. Murat Aşkar.

I DREAMAD ABOUT THE DAY I WOULD MAKE A SPEECH

Stating that she was very happy that she achieved her goal, Türköz said, “I have always been a curious person, always wanted to learn more than what was taught to me. I wanted to study psychology as long as I can remember. I've always been interested in researching why people react differently to similar events in life. But life took me in different directions. I was able to achieve my dream with a delay of 20 years with different undergraduate degrees, different work experiences.  When I decided to go to university, most of the people around me reacted like, ‘How are you going to go back to school with two children?’ ‘Earn your money, you will be more useful to your children’, "Don't go on an adventure, you can't finish school anyway, you will drop out’. I've never took them seriously. While they were making negative speeches, I was imagining what kind of speech I would make on the podium if I came first. Glad I made this dream come true.”

WHILE CHILDREN SLEPT, I STUDIED

Türköz continued as follows: “It's never too late for anything in life. No difficulty is an obstacle to reaching the goal. There were moments when I was exhausted, sleepless, and had difficulty. Most of the time, I studied at night after my kids were asleep. I tried everything to succeed. The 4 years of experience I gained at the University offered me beyond my dreams. Both the University and the psychology department broadened my horizons and vision, enlightened my soul, as no other experience could offer. In order for children to be happy, parents must be happy first. I was very happy while I was studying, this reflected positively on my children. I would like to thank each of my academics for their warm relationship with me, for supporting me when I felt exhausted and giving me strength.”

I HAVE A LONG WAY TO GO

Stating that she wants to continue her education with a master's degree, Türköz said, “I have achieved significant success, but I still have a long way to go. I will make the best use of the opportunity provided by my university and do a master's degree in the field of 'experimental psychology'. I plan to complete my PhD in neuroscience and represent my country abroad after completing my master's degree in experimental psychology at our university and specializing in the use of our laboratory devices. I want to carry out quality studies in the field of psychology while I have worked and studied so much. My passion for psychology will not just stay as a hobby or a fondness.” 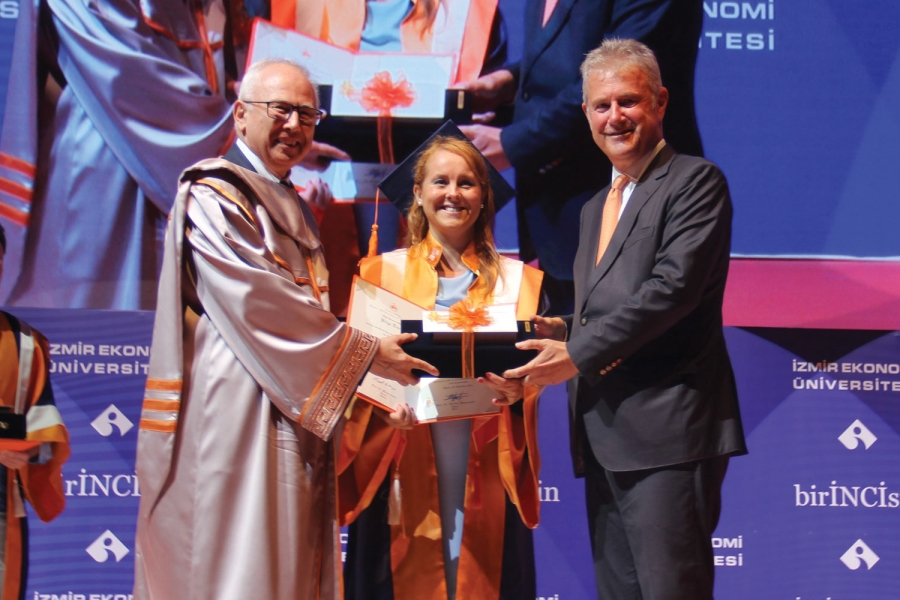 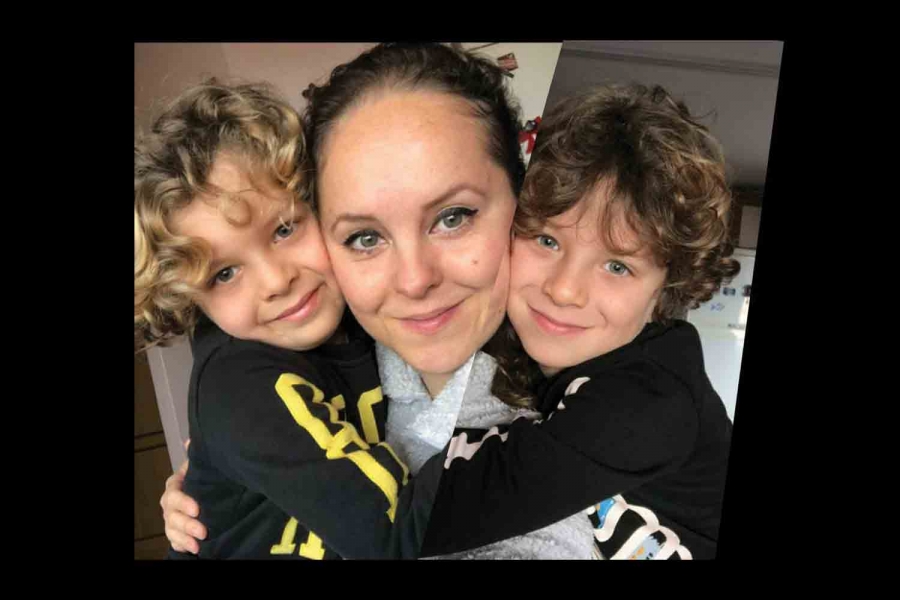