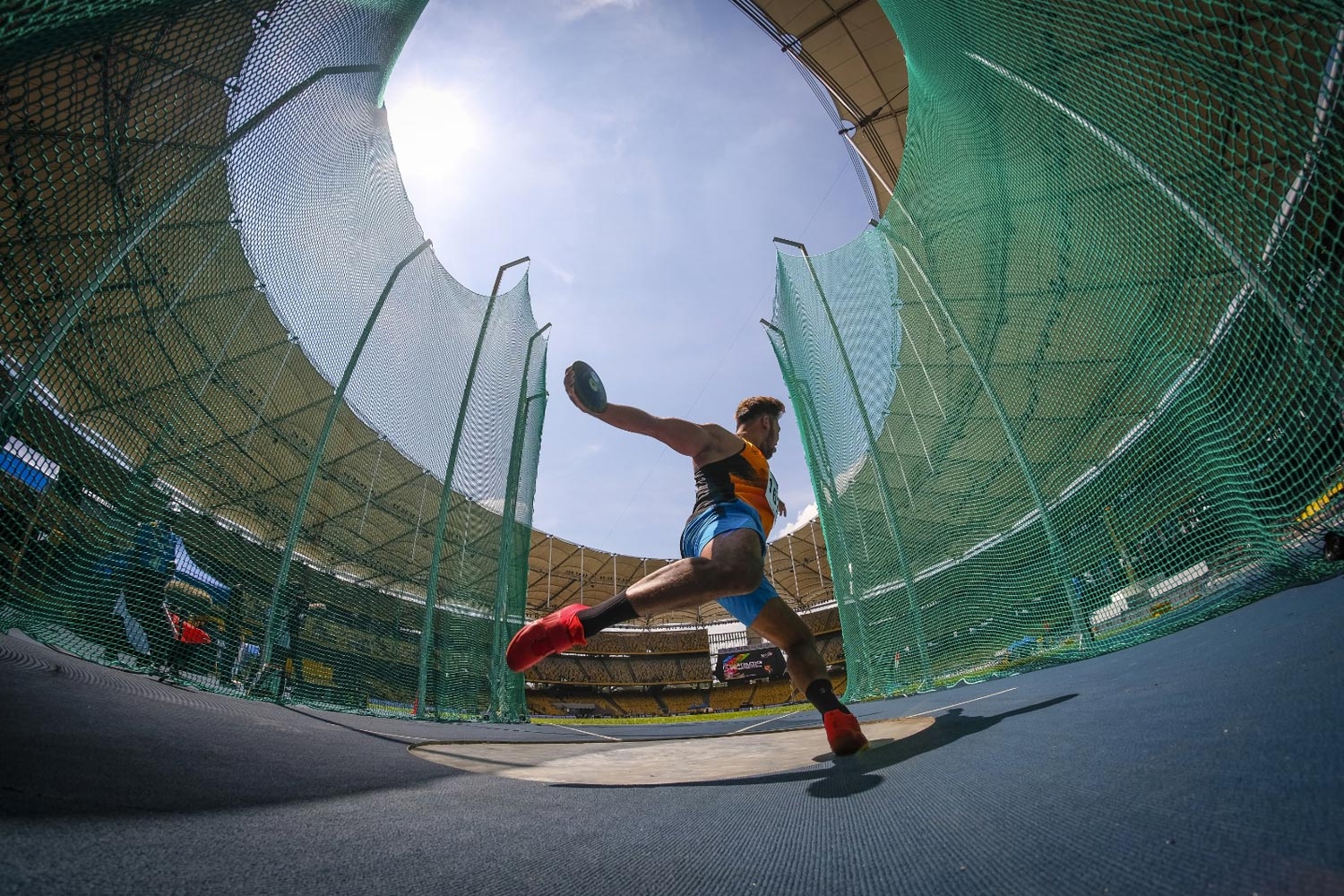 Şevket Taş, who continues his career journey by designing sports equipment in the USA, after graduating from Izmir University of Economics (IUE) in 2011, developed a special impact-resistant disc used in "discus throw" branch of athletics. Taş, who is also interested in javelin throw and holds Turkey and the Balkan championships, combined his sports personality with business and was able to get a patent for the disc he created.

After studying at IUE Department of Industrial Design, Faculty of Fine Arts and Design with an athletic scholarship, Taş, who continues his business life in the United States of America (USA), has developed nearly 40 products for athletes so far. The carbon plate disc that Taş has patented is impact resistant, it does not break. As the weight is distributed to outer surfaces thanks to the carbon plates on the disc, when thrown the disc can reach a longer distance.

Stating that he received a high level education at the university and that he has everything in terms of materials, studios and tools, Taş said, “I have been professionally involved in javelin throw for 12 years and studied at my university with an athletic scholarship. I broke many records in Turkey during this period. I hold Turkey and the Balkan championships and own many medals in the European and world arena. I represented Izmir University of Economics every year in the inter-university championships. School and training were present in every step of my life. After graduation, I prepared for the 2012 London Olympics for a year. Meanwhile, my shoulder injury recurred, and I had to put an end to my sports life. Then my America adventure started.”

HIS MOTHER IS A RECORD-HOLDER, HIS FATHER IS A NATIONAL WRESTLER

Indicating that his mother Aysel Taş is a former javelin record holder in Turkey, and his father Erdinç Taş a former national wrestler, Taş stressed that sports have always had a great place in their family life. Stating that his dream was to design sports products after his graduation, Taş stated that he preferred America because of the GILL Athletics company’s javelins he used for years. Taş stated the following: “I have used the products of this company for years. Since I was involved with athletics, I aimed to work on the design and production of sports products. I packed my luggage and went to America with the moral support of my family. Nearly 1.5 years passed before I started working at GILL Athletics. During this period, I have always waited patiently to work in this company, I haven’t lost my perseverance and connection.

Eventually I was accepted, but at first I started working in the production department, not as a designer. I worked long hours and followed the projects in R&D at the same time. I took my designs to the room of the department general manager and left them for him to see. After a year, I was given an internship opportunity. Then I was hired immediately.”

Stating that he never gave up and worked hard even after he was hired, Taş stated that he has developed many products until today and that the product catalog of the company includes 35-40 products he designed. Noting that his latest development and patenting product is used in the discus throw, Taş said that the biggest feature of the disc is the carbon plates. Taş said the following: “Since the weight is distributed to the outer surfaces thanks to the carbon plates on the disc I developed, when thrown the disc can reach a longer distance. The patent was received on the carbon plates of this product. There are other carbon discs on the market, but the biggest problem with carbon is that the disc can break very easily if it hits something on the surface where it is thrown. In the disc that I designed and patented, the carbon plates combine with the perforated aluminum plate under high temperature and it becomes impossible to break the plate weight by keeping it to a minimum.”

Stating that he pictured a project in his mind before starting and spent a lot of time researching, Taş said, “If you want to design a product that has never been made, it is very important to first identify the problem. Design to me is like solving a problem. Identify the problem, find the solution, and turn it into a product with the support of the training you received. I advise my friends in Turkey to place importance to education. First, set your goals and do not give up because of the problems you encounter while moving towards your goal. Do not be afraid or worry about job applications. Both parties need each other. In my opinion, Izmir University of Economics offers a worldwide education and teaching staff. During my undergraduate education, I never felt lacking in terms of knowledge.” 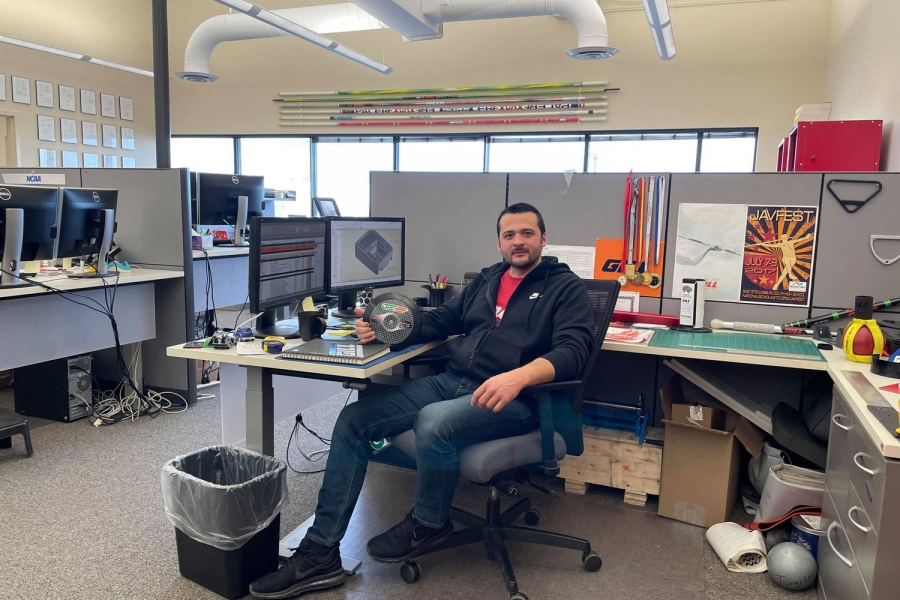 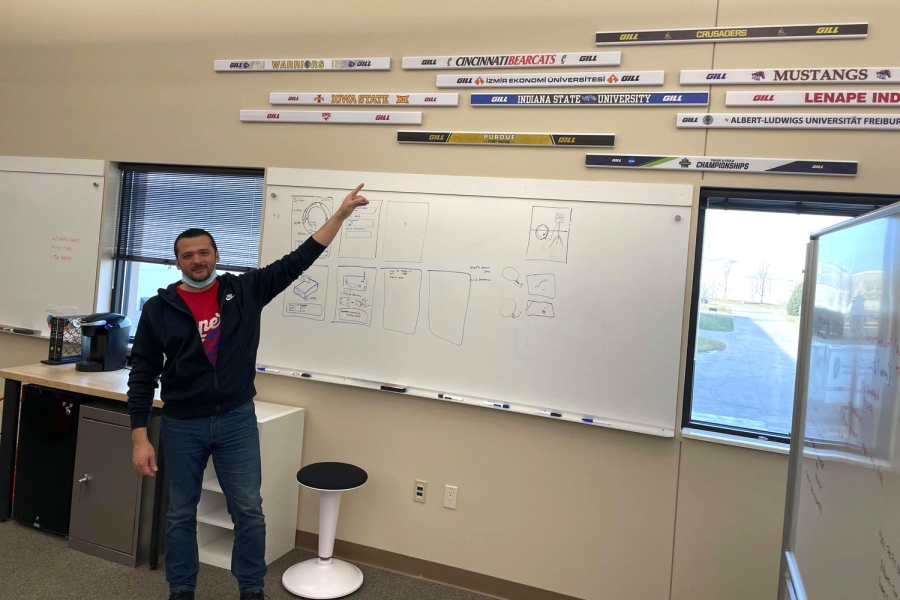 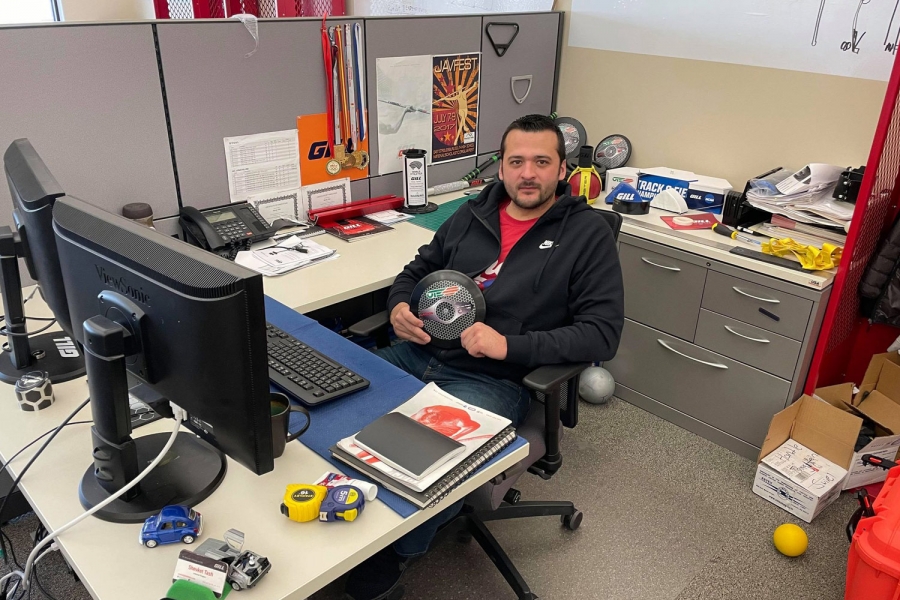