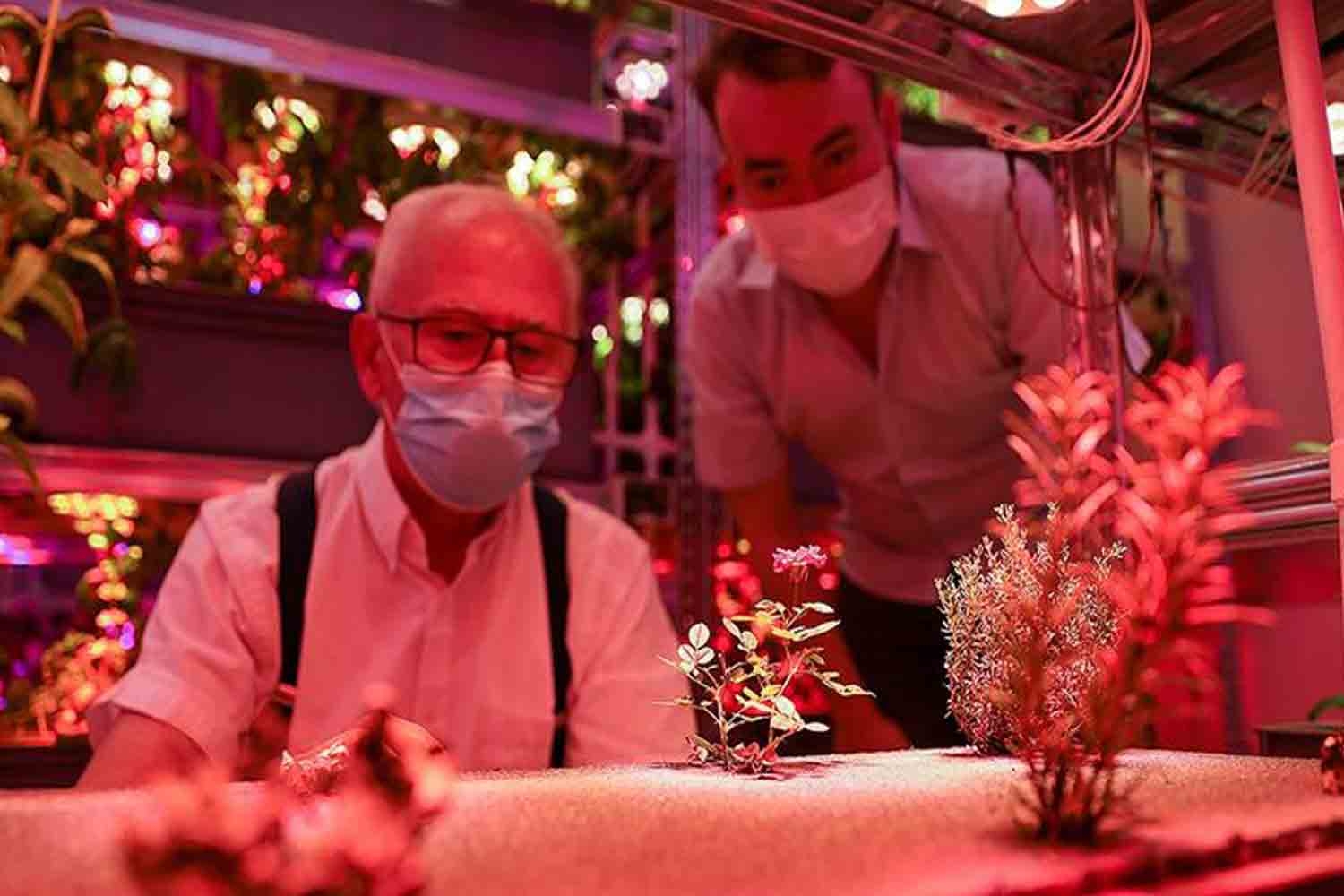 The "Smart Garden" project, carried out by Prof. Murat Aşkar, the Rector of Izmir University of Economics (IUE), and  Graduate Student Mert Kalaycı in order to develop soilless agriculture, ranked second among 400 projects at the Entrepreneurship in Agriculture Contest organized by Türkiye İş Bankası. Noting that the efficiency is 3 times more than normal thanks to the LED lighting and hydroponics units developed using local and national software in the “Smart Garden” project, Prof. Aşkar said, “Seed production studies have been carried out on 96 different species so far using LED lights. Considering that drought and arable lands are expected to be exhausted around the world in the coming period, the project is of great importance for sustainability.”

In 2016, teaching at IUE Department of Electrical and Electronics Engineering, Prof. Murat Aşkar initiated a joint graduation project on soilless agriculture with senior student Mert Kalaycı. Prof. Aşkar became the consultant of Kalaycı's undergraduate thesis about growing soilless plants in gardens, and the two continued their studies in the laboratory at the University.

Prof. Aşkar and Kalaycı founded an R&D company named "UpTechlabs" inspired by "Upper Technology Laboratories", which means high technology laboratories with the grant of 150 thousand TL they received a within the scope of TUBITAK’s 1512 Multiphase Entrepreneurship Grant Program in 2018. Developing their project in a short time, the duo reached a valuation of 2 million TL in 2019 and received 521 thousand TL support from TUBITAK 1507 Program and moved to ​​150 square meter-area in Izmir Tekeli Organized Industrial Zone (ITOB) Trade Center. Drawing attention as an exemplary soilless agriculture model, the project has managed to receive a total of 820 thousand TL support so far, together with individual investor contributions.

Prof. Aşkar and Kalaycı conducted studies on 96 different species including green leafy, edible and medicinal aromatic plants and cut flower species. 79 species were successfully transformed from seed to seedling, and 31 species of plants were grown in the most productive way. The project also received an award from the Entrepreneurship in Agriculture Contest organized by Türkiye İş Bankası. Prof. Aşkar and Kalaycı made it to the last 10 and then came second in the contest where 400 projects across the nation participated. In this context, receiving 20 thousand TL prize money, the project entitled to  be included in the Work-up team of Türkiye İş Bankası. Trimail company, which applies biological control agents, ranked first in the contest.

Stating that the project is of great importance for the future, IUE Rector Prof. Aşkar said, “One of the most important problems that the world may face in the future is water shortage. As such, the importance and necessity of soilless agriculture comes into view once again. The project was developed with Industry 4.0 and LED technologies. It is possible to produce at the desired location for 12 months, twice as fast, using 95 percent less water compared to normal agriculture, without using any pesticides with the LED lighting unit developed specifically for plants in indoor environment. We realized the production by determining which light colors, how intense and how long the plants needed depending on the growth process. The taste of the plant can be intervened with the lighting units developed while growing plants in a controlled way."

Stating that they are continuing their R&D studies, Mert Kalaycı said, "It made me very happy that such an important project, which I started during the university years, gradually grew, attracted attention and became my master thesis. Working with our rector was an important experience for me. Soilless agriculture is an important area in terms of the reality of the age and sustainability in agriculture. In soilless agriculture, the elements the plant needs are added to the water. The best conditions for photosynthesis are provided with LED lighting units and photon algorithms developed specifically for plant species. We have developed sensors, equipment and software for our system. Each module in the system works in a controlled manner by communicating with each other and offers remote control.” 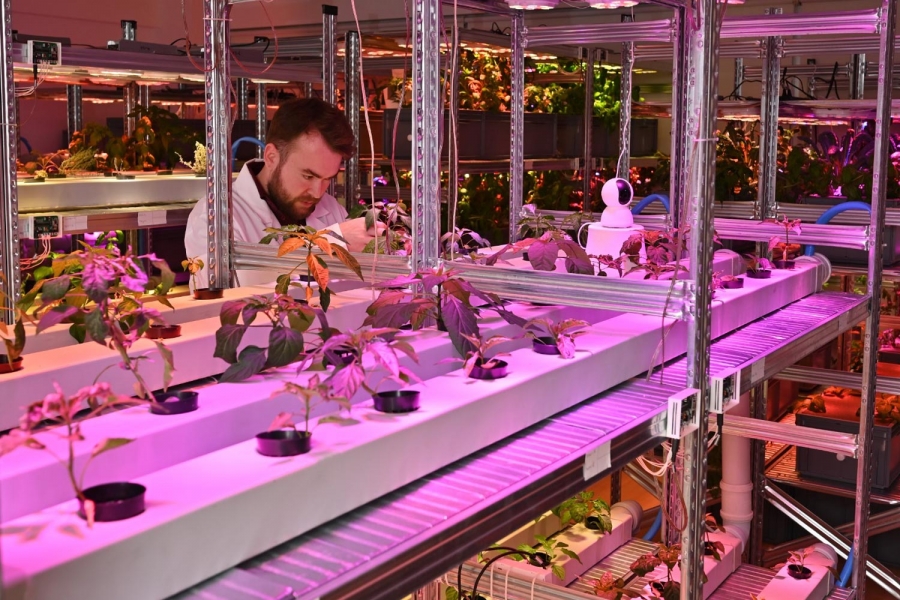 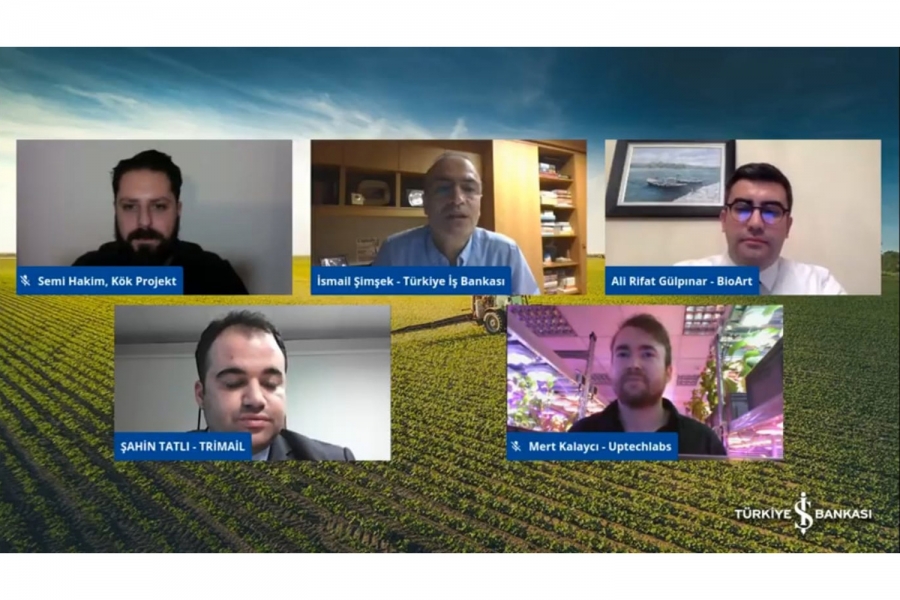 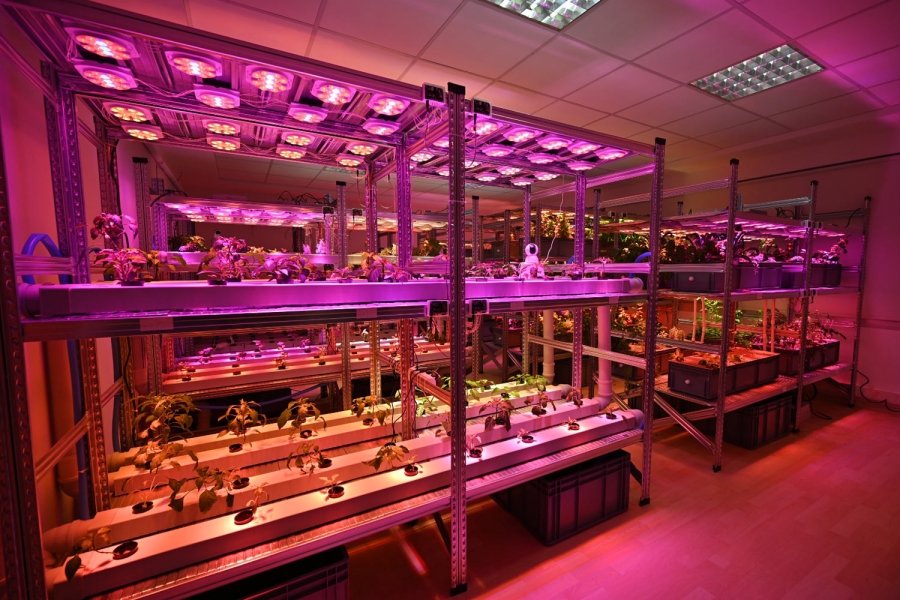