Meles Stream projects gets an award 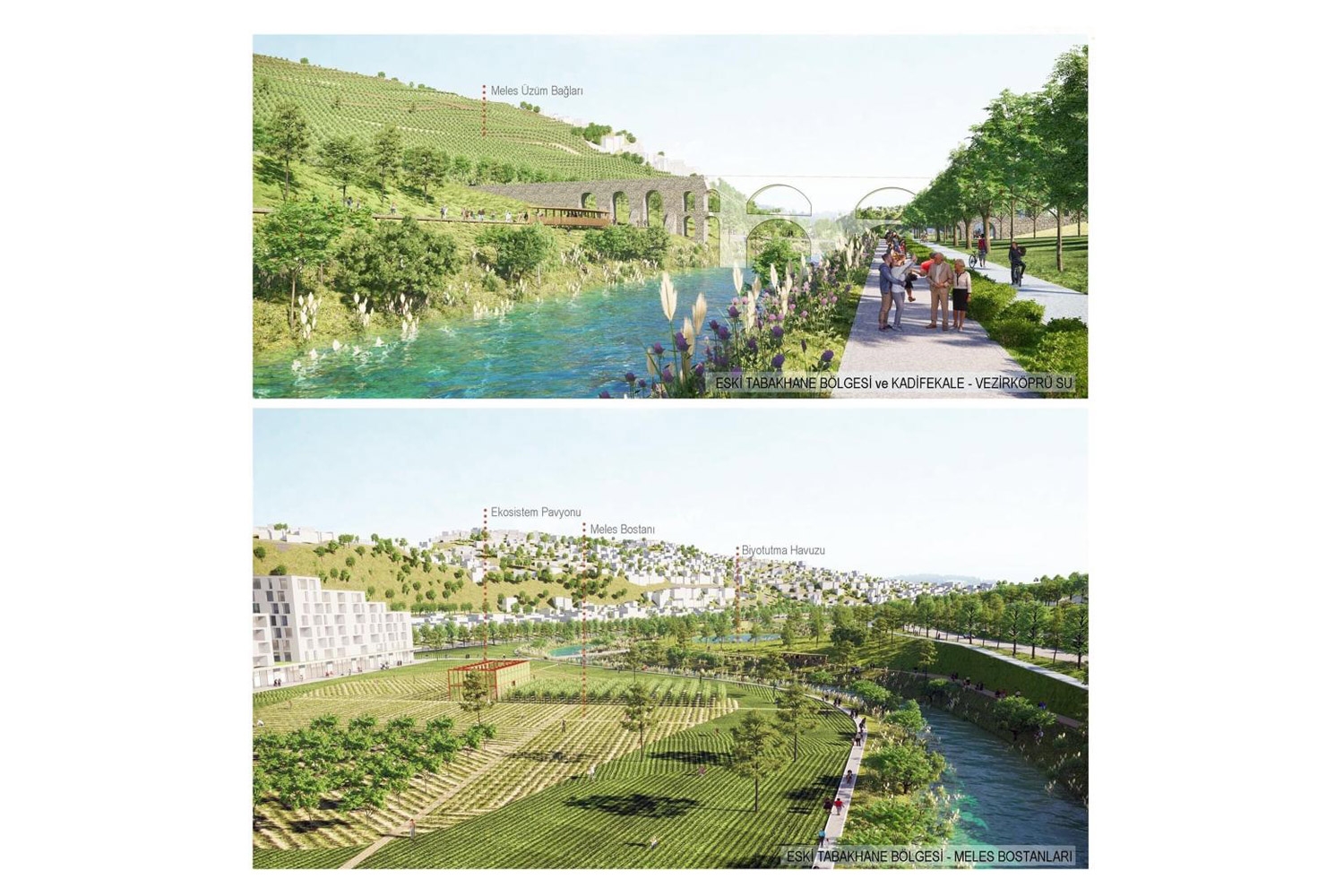 The team, in which Lecturer İpek Kaştaş Uzun from Department of Interior Architecture and Environmental Design, Izmir University of Economics (IUE), takes part as the landscape architect, was awarded for their project that designed Meles Stream, one of the most important natural heritages of Izmir, as a "green corridor". The team, working for about 6 months for the project, which will prepare the ground for the revival of Izmir-specific values ​​such as Kervan Bridge, Kızılçullu Aqueducts and Vezirköprü Aqueduct, managed to get the honorable mention at the "Meles Stream as an Urban and Ecological Backbone National Urban Design Idea Project Competition" organized by the Izmir Metropolitan Municipality.

The project, which aims to redesign many areas, where the historical memory of Izmir, Meles Stream passes through, into points serving the city, was meticulously worked on.

The project focused on reviving urban agriculture by establishing vineyards or pistachio pine production areas in different places such as Kadifekale and the old Tannery region where Meles Stream passes through. Along the stream, it was aimed to create a green corridor by planting special trees that would clean the polluted air, and social areas were designed for Izmir residents to spend time comfortably. It was also aimed to bring tasting areas called "Urban Cuisine", where tastes unique to Izmir will be served to the city. Architect Metin Kılıç, Dürrin Süer, IUE Department of Architecture graduate Ali Can Helvacıoğlu and urban planner İrem İnce Keller took part in the team that prepared the project, in addition to Dr. İpek Kaştaş Uzun from IUE. During the project preparation phase, architects Damla Derya Idi, Engin Yavuz, İlayda Demirci, Hazal Burçin Eser and Interior Architecture and Environmental Design Student Suzan Amato also provided support.

WE DESIGNED THE LIVING MELES

Drawing attention to the fact that Meles Stream is an area that carries the Izmir culturalism and contains historical, ecological and socio-cultural values, Uzun said, “Relationship of Meles Stream with urban and rural areas weakened. Due to the rapid urbanization process, this living backbone can no longer survive. We have prepared a comprehensive project to strengthen the relationship that Meles Stream has established with urban and rural areas, to strengthen the socio-economic dynamics in the region, and to reveal the ancient production cultures of Izmir, which has been disappearing. We have proposed 'Meles Life Corridor' in the region extending from Meles Delta to Ürkmez.”

IT WILL MEET THE EXPECTATIONS

Uzun continued as follows: “We started the work for the project, which we believe will make a great contribution to Izmir, in February. The pandemic period started after a very short time. However, we did not interrupt the project in the period when we could not meet face to face. We constantly came together online, exchanged ideas, and thought about how we can add value to such an important point of Izmir. We transferred all the suggestions we had in mind to the project. We have implemented works that can be easily applied, meet the expectations of the people of Izmir and create new living spaces. The fact that this work, which we attach great importance to, was appreciated and awarded by the jury made us very happy.” 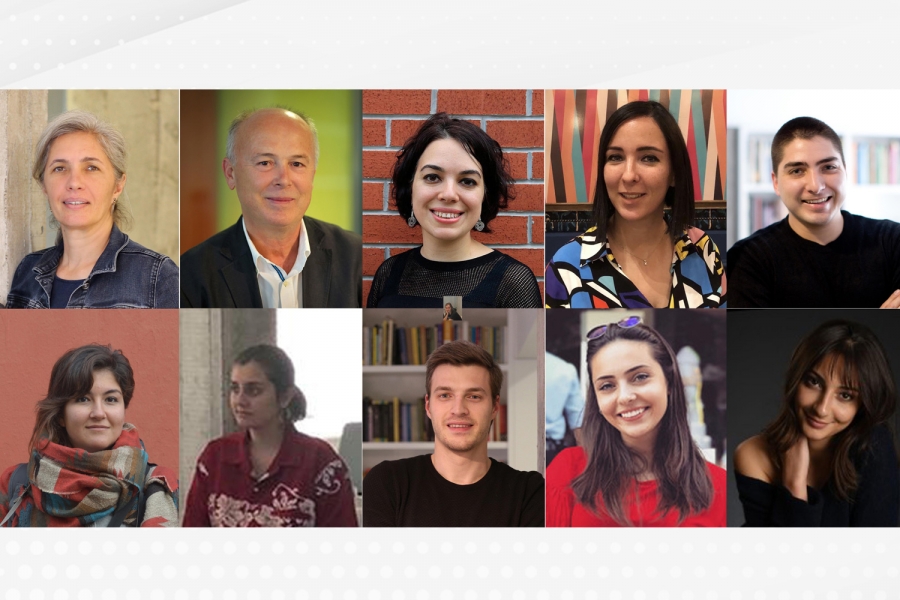 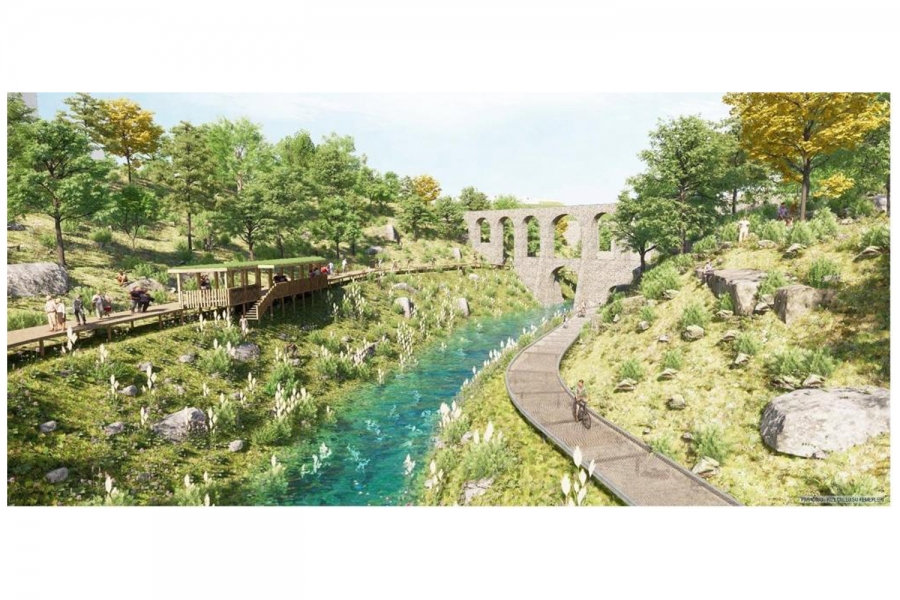 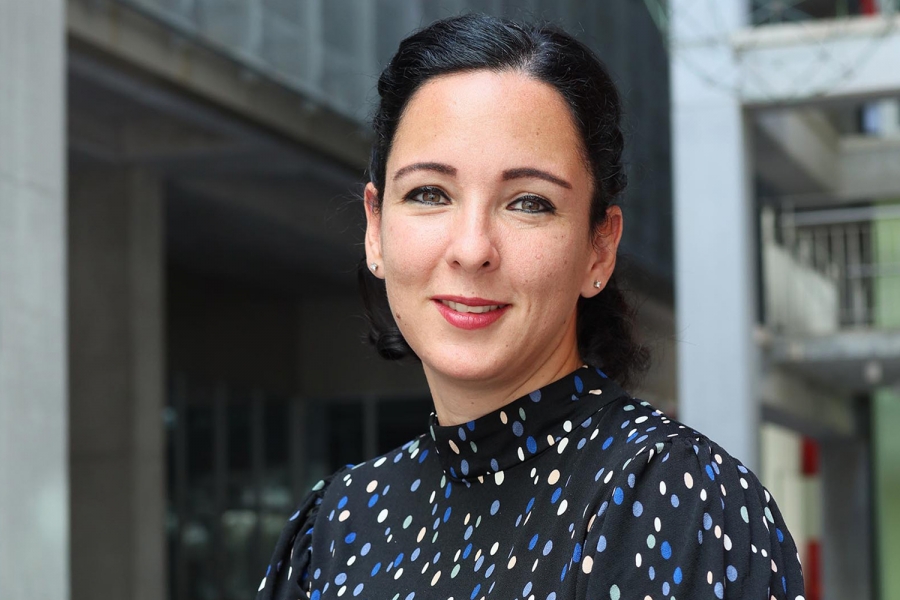