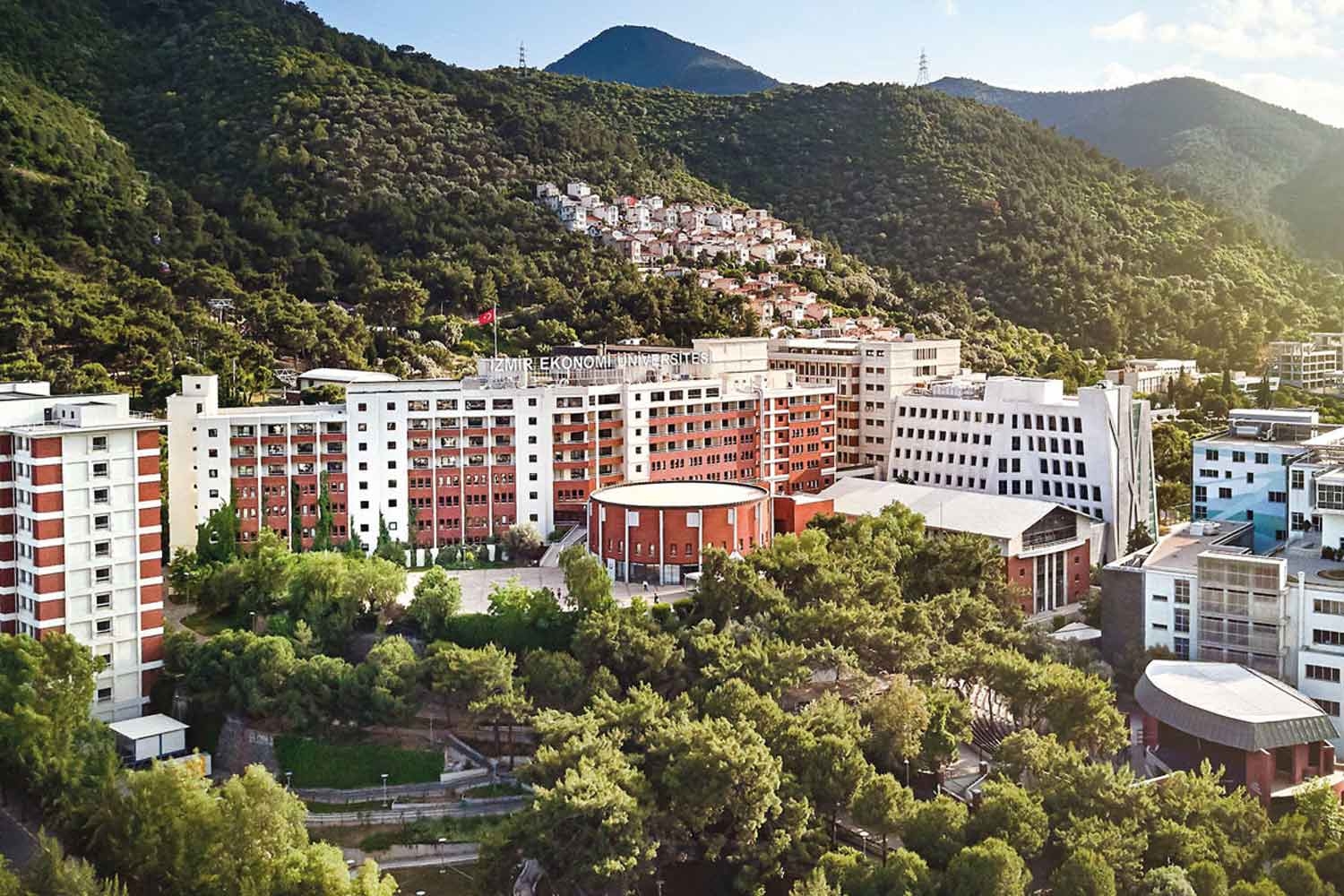 Graduates of Izmir University of Economics (IUE) have become the first choice of world-renowned companies by carrying their academic achievements to business life. As 239 people, who have graduated from IUE, seized the opportunity to continue their careers in 43 different countries, they also experienced the honor to represent Turkey successfully at a young age. 36 of the IUE graduates who have started their own business or have taken a senior position in international firms live in Germany, 27 in USA, 23 in Italy, 19 in England, 15 in Poland, 10 in Canada, 8 in Belgium and 7 in Holland.

IUE Rector Prof. Murat Aşkar stated that graduates of Izmir University of Economics proved their success not only in Turkey, but in different parts of the world as well. Prof. Aşkar said, “As a university, we do not only raise our youth in the academic sense only. We provide them with internship opportunities that they can easily apply what they have learned. We offer them the opportunity to get to know business life. We follow the developments in the world up close and form our syllabus accordingly. We are building our education strategy on raising young people who are not content with what they learn but are constantly questioning, open to innovation, and who have leadership qualities. By creating academic cooperation with the world's leading universities, we create opportunities for our students who set their career goals for 'abroad'.”

ALL ACADEMICS HAVE OVERSEAS CAREER EXPERIENCE

Prof. Aşkar stated the following: “480 academics work at the University. All of our academics have overseas experience. When establishing our teaching staff, we pay particular attention to this issue. These steps we took by planning the future as a university have a great share in the success of our graduates. Diploma of Izmir University of Economics provides priority all over the world. I believe that new ones will be added to the success stories of our graduates. We trust our youth and act with the awareness of their potential. We will continue to work and produce projects to raise young people who will successfully represent our country in every field. ”

SOME OF THE SUCCESS STORIES

Ceren Özkaya: She graduated from Department of Interior Architecture and Environmental Design in 2017. She completed her two-year graduate degree with thesis in Sapienza University of Rome in Italy. She currently works as an interior architect in the design team of IKEA Milan.

Burcu Başaran: She graduated from Department of Software Engineering in 2017. In summer of 2017 she went to Szeged, Hungary with Erasmus program to perform internship in the field of software testing. Shortly after, she got a job offer from Flexion Mobile company to work as a Software Testing Engineer where she currently works at.

Pırıl Hepsomalı: She graduated from Department of Psychology in 2011. She works as  the Science and Technology Director in charge of Cognitive / Experimental Psychology and Neuroscience fields at Unilever UK & Ireland since 2018.

Murat Yatağan: He graduated from Department of Computer Engineering in 2008.  He works as the vice president in charge of global expansion at Brainly, a P2P digital learning platform in Poland since 2018. He also worked as a senior product analyst at Google in 2010-2015.

Çiğdem Topuzoğlu Özkılıç: She graduated from Department of International Trade and Finance in 2010. He oversees large-scale projects across Europe and world-renowned suppliers in the industry at the Bombardier company in Berlin, Germany.

Yaprak Yalçınkaya: She graduated from Department of Interior Architecture and Environmental Design in 2015. She moved to England to start her graduate education. She started working at a design company in Sheffield before finishing her graduate education, she also worked as a freelance architect in nearly 180 projects in many countries such as Australia, Maldives and Dubai.

Alper Güler: He graduated from Department of Software Engineering in 2008. After working at Turk Telekom and Turkcell Superonline companies for a total of five years, he joined Lazzoni Furniture New York operation. He carries out work in the field of augmented and virtual reality with Pandora Reality and Kabaq 3D Food Technologies, which was founded in 2015 with a team of five people from IUE graduates.