Getting ready for the European Championship 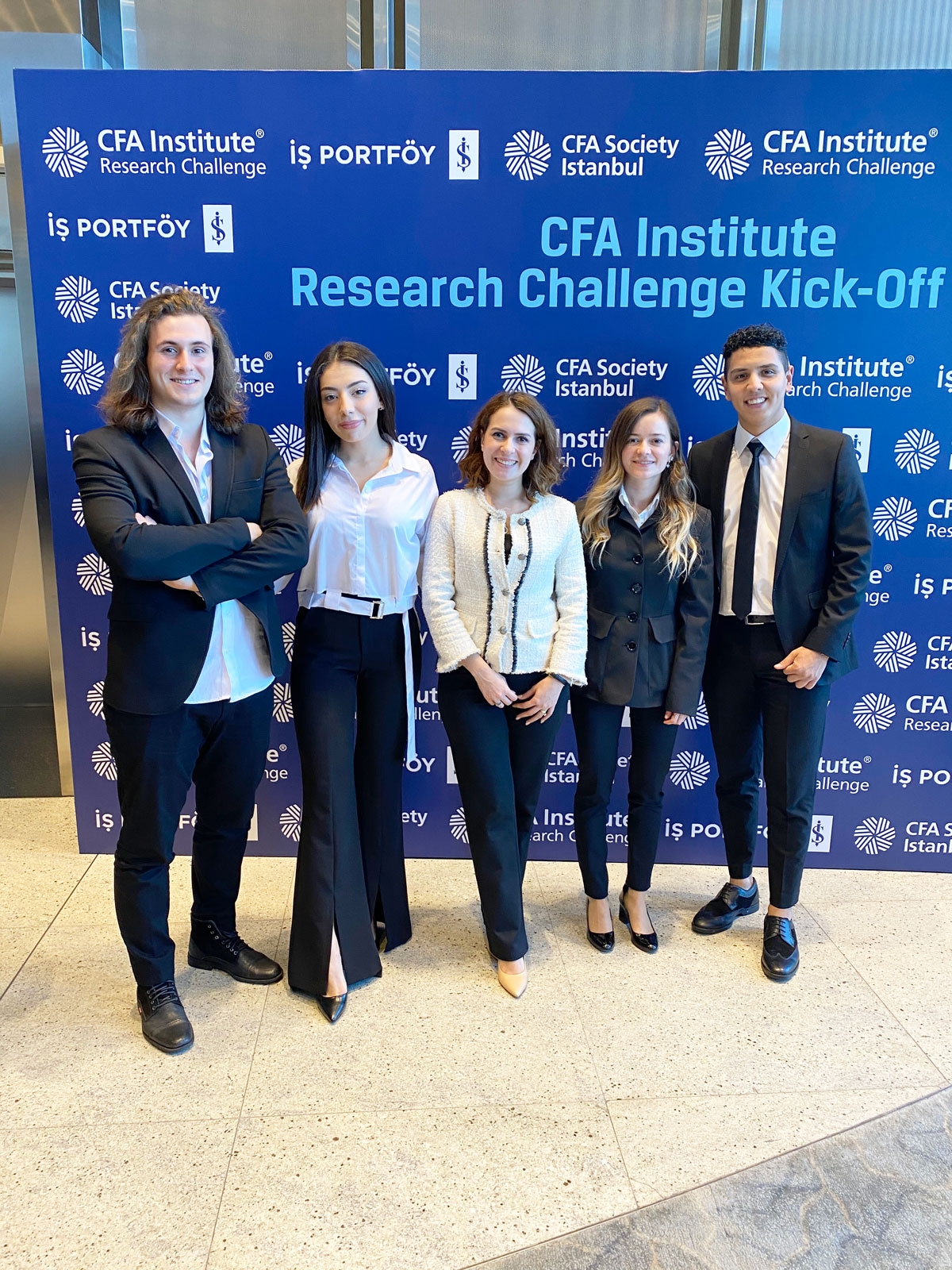 A team of 5 students from Izmir University of Economics (IUE) made it to the finals at the 12th CFA Institute Research Challenge organized by the CFA Institute (The Chartered Financial Analyst), one of the most prestigious finance institutions worldwide. Turkey’s leading 16 universities participated in the challenge where students were asked to make a financial analysis of a publicly traded company in Borsa Istanbul (Stock Exchange) and turn that into a report. IUE students got full score of the jurors on many topics such as analysis skills, risk assessment, and sectoral foresight. IUE team will compete in the final that will take place on 27 February 2020 in Istanbul, and if they happen to come in first place, they will represent Turkey in the European championship that will take place in Jordan with the participation of 45 universities.

The team of Günseli Mendi, IUE MBA student, Doğukan Aktaş and Süleyman Gürel, students at IUE Department of International Trade and Finance, Zeynep Yazar, student at IUE Department of Political Science and International Relations, and Nabat Mahmudova, IUE MFE student, worked hard for 3 months for the challenge. The teams participating in the challenge were asked to conduct a financial analysis for a clothing company. 17 teams from total of 16 universities worked thoroughly on many topics such as the appraisement of stock certificate of the company, advantages and threats in the industry. Students were successful with their report, in the evaluation conducted by a jury of three experts. Along with IUE team, total of five teams will be competing in the finals.

“THEY ARE GETTING READY FOR THE FINALS”

Assoc. Prof. Berna Aydoğan, Faculty Member, IUE Department of International Trade and Finance, Faculty of Business, stated that they were very proud to make it to the finals at a challenge where the best universities across the nation competed. Assoc. Prof. Aydoğan said, “Our students became prominent with the analysis they conducted and financial and strategic techniques they used. They proved they can put the theoretical knowledge they receive at the University into practice successfully. We aim to rank first in the final on February 27, and go to the European championship in Jordan. If we succeed in this, we will be going to the international final in New York. The challenge requires appointment of one mentor from university and one from the sector. I will be assuming the academic mentoring this year and Özgür Göker was appointed as sectoral mentor. Our students are very eager, and started to prepare for the final already. We are very proud of the performance they demonstrated so far. I strongly believe they will be just as successful in their professional lives, and climb the career ladder quickly.” 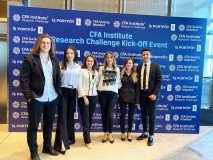