Technology that reshapes the automotive industry 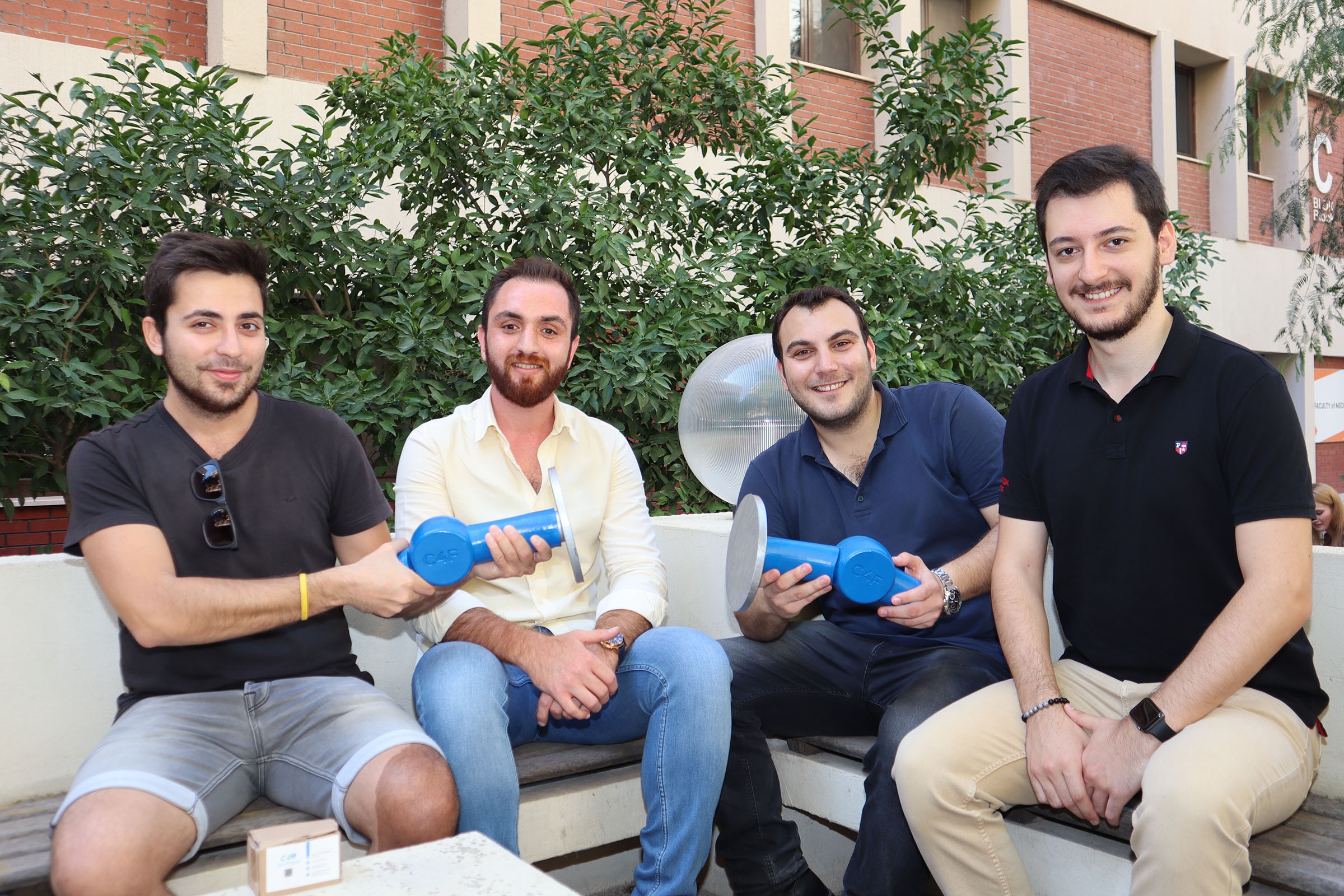 The charging energy sharing network and transfer equipment developed by future engineers of Izmir University of Economics (IUE) for electric and autonomous cars, which are the future of automotive industry, is riding high. The “Car4Future Technologies”, initiative of IUE students Oğuzhan Sarıtaş and Doğu Can Seyidoğlu from Department of Software Engineering, and Kutluhan Hakan and Ercan Oktay Altın from Department of Industrial Engineering, Faculty of Engineering, which allows energy transfer from vehicle to vehicle, and to charging unit, is going into production.

Students will start the mobile application in December 2019 in Germany and start manufacturing in 2020. The “Car4Future Technologies” titled project received a technological verification in San Francisco after being selected at Google Android Academy contest. Later on, the team who came in first place at the Automotive Component Design Contest held by Uludag Automotive Industry Exporters' Association (OIB), displayed their product and services at the Frankfurt New Mobility World fair that took place in Germany. The team also was awarded the Entrepreneurship World Cup, and Silicon Valley Accelerator Program award at Take-off Istanbul’. Recently, their project became a candidate for the best startup award in 3 categories at the Eurasia Startup Awards. Next on their agenda is to compete at Crunchies Awards in November in Estonia’s capital Tallinn. Crunchies Awards is held by TechCrunch, an American online publisher focusing on the tech industry.

‘Vehicles will not run out of power’

Software engineering student Oğuzhan Sarıtaş, the founder of the Car4Future team, stated that the electric vehicles were taking over the world, and that they were developing ideas and getting support to make sure the infrastructure had a sound basis. Sarıtaş said, “Since the infrastructure in electric vehicles worldwide was not fully developed, we wanted to make sure that energy transfer from another vehicle at any location was possible when necessary. We want vehicles to have access to energy at any location. By enabling this, we also want users of this application to make money at the same time, thus creating a sharing economy. We will ensure this via a hardware that works with wireless energy transfer technology developed by our team. This way, we will be able to get rid of the socket compliance issue in all electric and autonomous cars.”

Sarıtaş, who reported that they received major support from IUE Technology Transfer Office when they were developing their project, said that they put the wireless energy transfer equipment to test at Automotive Sub Industry Specialization Organized Industry Zone (TOSB). Sarıtaş indicated that they would start the mobile application of their technology for the first time in December 2019 in Germany, and they would start the production for the first batch in 2020.

Seda Çakmak, Specialist from IUE Technology Transfer Office Entrepreneurship Department, stated that they were very proud to have supported a project at Izmir University of Economics that would shape the future. Çakmak said, “After graduating from Entrepreneur Accelerator Program DesignX, our entrepreneurs raised their products from basic research level to concept and design level. They also increased their mobility capability within the ecosystem during the process. Entrepreneurship is hard labor. And they are aware of the value of this labor. Technology Transfer Office will continue to support all entrepreneurs.” 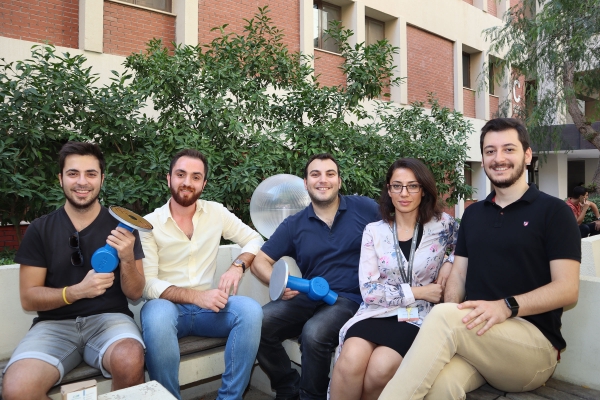