Started windsurfing as a hobby, now getting ready for Olympics 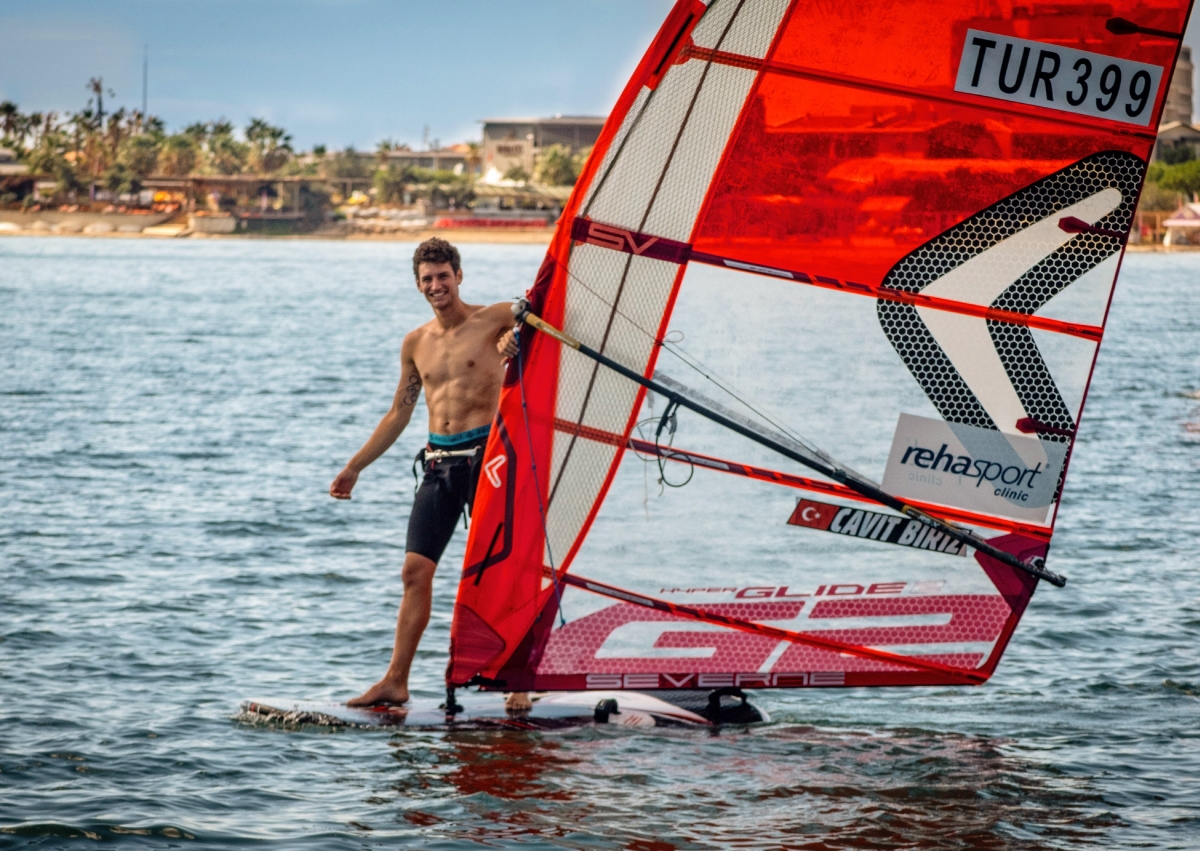 Cavit Biriz, student at Izmir University of Economics (IUE), who started windsurfing as a hobby when he was 9 years old and excelled at it, is getting ready to attend the 2020 Summer Olympic Games in Japan. If Biriz, who defeated his opponents before and got ahead of them in world ranking, beats his opponents again at the Olympic Quota Places to be held in Italy with the participation of 10 countries, will get a chance to represent our country at the Olympics and make a history. Stating that he is very ambitious about the quota places in April, Biriz said, “I cannot wait to represent my country at the Olympics. I will succeed at the quota places and attend the Olympics.”

Cavit Biriz (21), who has been interested in water sports since childhood and has a passion for sea, started to take interest in windsurfing at the sage of 9 after his parents motivated him.  Being trained by the best trainers, Biriz’s talent was noticed quickly. Biriz got selected to the Turkish National Team after his remarking performances across the nation in 2012. As a young and successful national athlete, Biriz came in first place in 2015 and 2016 in the youth category, and then in general category for three consecutive years. After these hard-to-reach championships, Biriz wants to attend the olympiads in windsurfing, his passion of 12 years, and reach his goal.  Biriz, who handles sports as well as his academic life, is a student at IUE Department of Business Management.

“I DID IT BEFORE, I WILL DO IT AGAIN”

Biriz stated that he had been preparing for the Olympics for a long time, and only the best athletes from each country were eligible to attend it. Biriz said, “You are given a certain race track. Everyone starts the race at the same time, and whoever finishes the track first, wins the race. I have worked so hard to come this far. I won first prize for the past 3 years in general category nationwide. These are of course, hard to reach, important achievements. Next on my agenda is the Olympics. Even the thought of attending the 2020 Summer Olympic Games in Japan makes me excited. I defeated my opponents, whom I will be racing against at the Olympic Quota Places in Genoa, Italy, before, and I will I will beat them again.”

“ABOUT TO REACH MY GOAL”

Biriz stated that academics at IUE also supported him very much. “When I was a child, if they told me I would be this close to attending the Olympics, I probably would not have believed them. But, I am about to reach my goal now. I feel strong and determined. I hope everything will work out for the best and I will achieve success. I will do my best to get ready for the race. I defeated all my opponents before but rest assured that I will not slack off. God willing, I will rank in the olympiads and bring the medal to my university,” said Biriz. 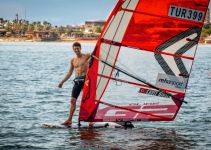 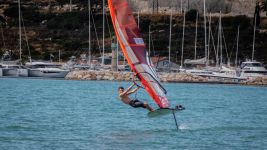 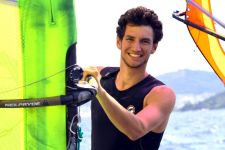