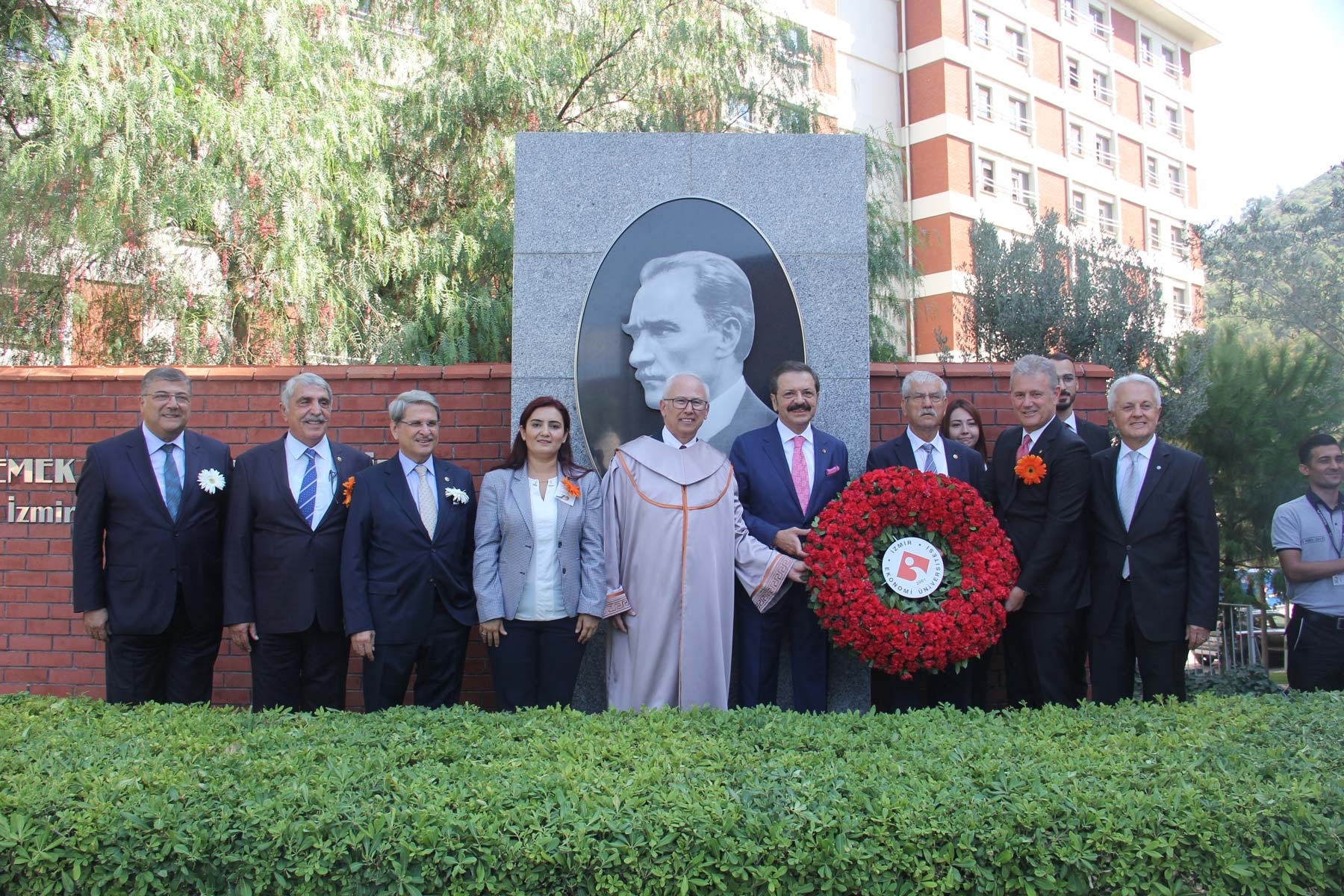 Mahmut Özgener, President of IUE Board of Trustees, pointed out that technology and industry progressed rapidly in the history of humanity, and the progresses took place before in 100-200 year periods fit into 10 years. President Özgener, who indicated that the importance of educated workforce increased, said, “If you cannot provide young people with the education they can shape the future correctly with, then you lose years as a country. You stay behind ages that come continuously.” President Özgener said that the information taught to students might lose its validity in 5 to 10 years, and it was important to provide them with research methods they can use all their life, and the sense of wonder and the motive for self-development.

President Özgener stated that they wanted Izmir University of Economics to be an institution which does not teach only, but one to learn and improve through learning. Stating that they wanted to turn Izmir into an ‘Entrepreneurship and Innovation Bay’, President Özgener said, “We are going to realize this through international collaborations and centers we are going to establish. The University will become the focus of our entrepreneurship vision. We want our university to have a say not in Izmir and Aegean Region only, but all across Turkey, and Mediterranean and South Europe in the future as well. We have a vision to become a producing university. We are working on to turn each faculty into a production center. We are carrying Campus Izmir, 360 degrees university-city collaboration model, into effect.”

IUE Rector, Prof. Murat Aşkar pointed that they were the most preferred Foundation University of the Aegean Region. Prof. Aşkar said, "Increasing the number of students by 16% compared to the previous year, we made a sharp increase of late years. Being supported by 80-thousand membered Izmir Chamber of Commerce and by establishing Campus Izmir, the first model of university-city integration, IUE help its students meet with the business world by offering them guaranteed internships, uninterrupted scholarships and   employment references. We want our graduates to become individuals who can grasp the power of knowledge and synthesize the correct information. With that purpose, we adopted the philosophy of 'Comprehend with science, manage with knowledge'. Employment rate of our graduates is about 85%.” Kaan Günay, President of IUE Student Council, said, "Seeing the representatives of the business world, academics and students together here gives us confidence and hope."

Rifat Hisarcıklıoğlu, Chair of the Union of Chambers and Commodity Exchanges of Turkey (TOBB), who delivered the opening lecture at the ceremony, referring to the honorary doctorate title he’s been bestowed with by Izmir University of Economics, said, “This University is very special to me and to our community. This is a well-rooted university!”

Hisarcıklıoğlu, who stated that he has been talking about entrepreneurship when he sees young people, said the following:

“The only way to become rich in this age is to be an entrepreneur. The power of nations across the world are not measured with artillery and rifles but with their power of entrepreneurship. The only redemption for our country is to have more entrepreneurship. There is no need for capital today, the capital of today’s entrepreneurship is one computer and a garage. We need to study hard, be innovative and to brand in order to turn dreams into reality and reach our goals. You cannot win anything before losing first. You need to be brave! If we unite, there is nothing we cannot do, but separated, we have nowhere to go. My humble request from you is to love and support each other however we might be different from each other.” 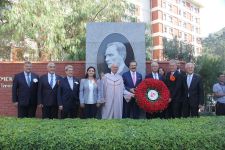 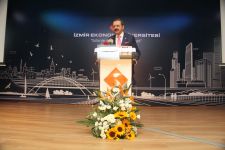 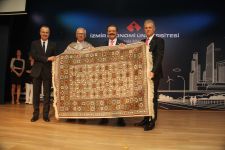