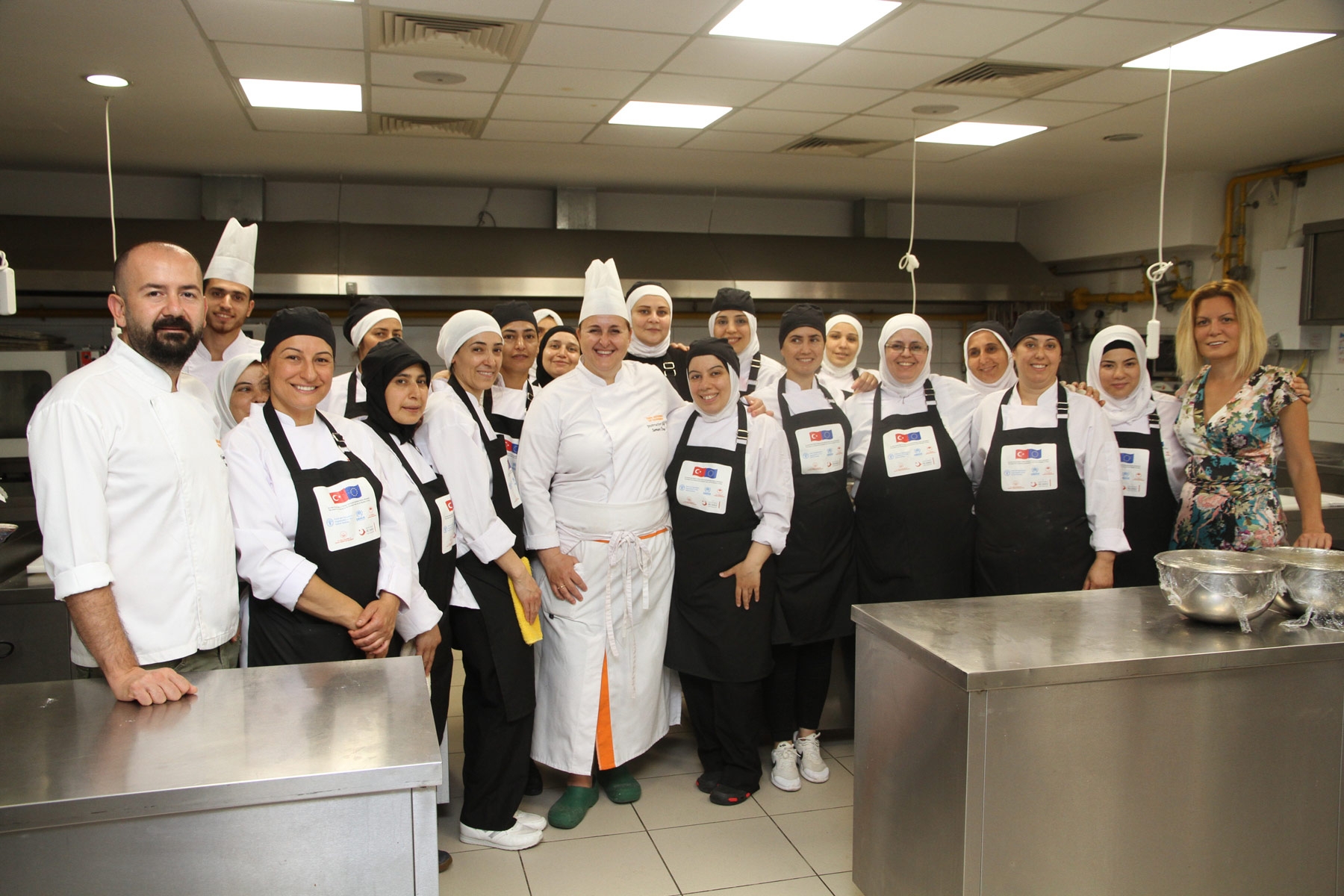 18 Syrian women, who fled their country and came to Izmir because of an ongoing civil war in their country, are trying to make a new life and they just got the chance to do at Izmir University of Economics.  The Syrian women started to learn how to cook dishes such as “tarhana çorbası (sundried food made of curd, tomato and flour)”, “imam bayıldı (eggplant cooked in olive oil with onions, garlic and tomatoes)”, “hünkar beğendi (lamb stew served on mashed eggplant)” unique to Turkish Cuisine as part of the project initiated by the Food and Agriculture Organization of the United Nations with the purpose of increasing intercultural communication.

18 Syrian and 7 Turkish women participated in the project held by the Food and Agriculture Organization of the United Nations with the support of Izmir University of Economics (IUE) Department of Gastronomy and Culinary Arts, and Izmir Provincial Directorate of Agriculture and Forestry. The participants first received theoretical training at IUE Department of Gastronomy and Culinary Arts. They learned the basics on hygiene, food safety, kitchen team, and points to consider when selecting the ingredients.  The Syrian women received in-depth training by IUE trainer chefs so they can find employment at Turkish cuisine restaurants. They started to cook meat and vegetable dishes, and make soups and desserts unique to Turkish cuisine. Following the completion of their training next week, they will get a chance to put their theoretical knowledge into practice during their 2-month internships at hotel restaurants.

Asst. Prof. Betül Öztürk, Director of IUE School of Applied Management Sciences, stated that the project was being carried out nationwide for the first time. Öztürk pointed that the training helped boost the self-confidence of the Syrian women and gave them an opportunity to have a profession to earn their lives. “This project aims to create employment opportunities for refugees and to increase the intercultural communication. This way, Syrian women started to learn about Turkish cuisine. We undertook an important part in the project. Syrian women are also happy to take part in this project. When the training and internship are over, they will be able to put what they learned into practice. They will be able to stand on their own two feet,” said Asst. Prof. Öztürk. 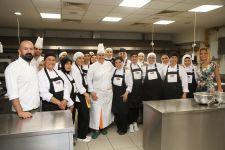 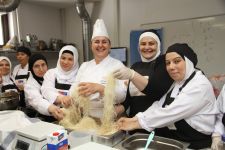 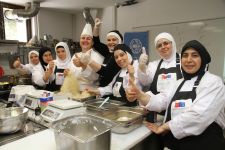