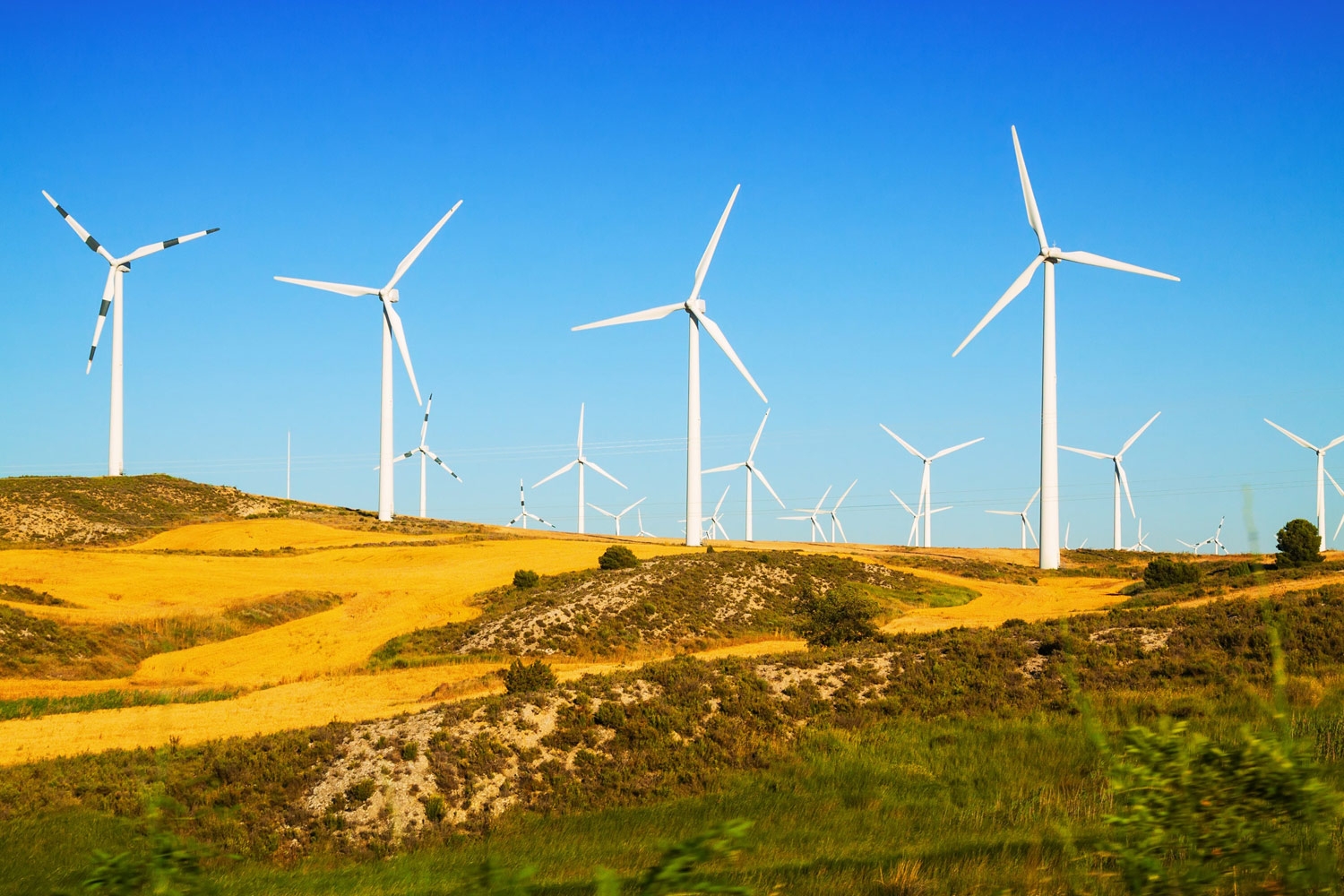 Prof. Dr. Mehmet Efe Biresselioğlu from Izmir University of Economics (IUE) has implemented the ‘Cure’ project with 2 countries to measure the social perception and approach towards new generation energy systems such as wind and solar in Turkey. The Project, with a budget of approximately 20 million TL, which started simultaneously in Norway and Austria, aims to reach at least 15 thousand people living in metropolitan cities, Izmir in particular.

Citizens' perspectives on energy transformation will be determined through different methods such as surveys, workshops and one-on-one interviews, and what concerns, if any, they have on this issue will be determined with this project, which was carried out for the first time in Turkey within this scope. Data to be obtained on many subjects such as how electric vehicles are viewed in Turkey, how daily energy consumption habits are shaped, to what extent low carbon energy systems and technological developments can be utilized, will be turned into a report. The results of the study, which is based on social analysis on energy, will also be conveyed to the relevant ministries and authorities in Turkey.

IT SHOULD BE ACCEPTED BY THE SOCIETY

THERE IS RESISTANCE IN EUROPE

Prof. Dr. Biresselioğlu continued as follows: “There is resistance and hesitation against low-carbon policies and Technologies, especially in Europe. The acceleration of climate change, the concern that some energy facilities may harm the environment, increasing costs, and distrust of decision-making mechanisms are among the main reasons for this. There is no such situation in our country explicitly. Nevertheless, believing that conducting a social research will shed light on the work to be done in the field of energy in the coming period, I was among the preparers of the ‘Cure’ project and we started working.”

THE CONCEPT OF ‘ENERGY CITIZENSHIP’ SHOULD BE EMBRACED

Stating that there have been serious developments in the field of energy in Turkey in recent years, Prof. Dr. Biresselioğlu stated that this effort would gain more meaning with the increase of awareness in the society. Biresselioğlu said, “Factors such as global warming and climate change make energy efficiency a necessity for the world. Every individual should see energy awareness as part of daily life. The new concept that includes them is ‘energy citizenship.’ Everyone should embrace the concept of energy citizenship without forgetting that they are a part of this world. The research we will conduct in the field of energy in Turkey will also be very useful in terms of raising awareness in the society.” 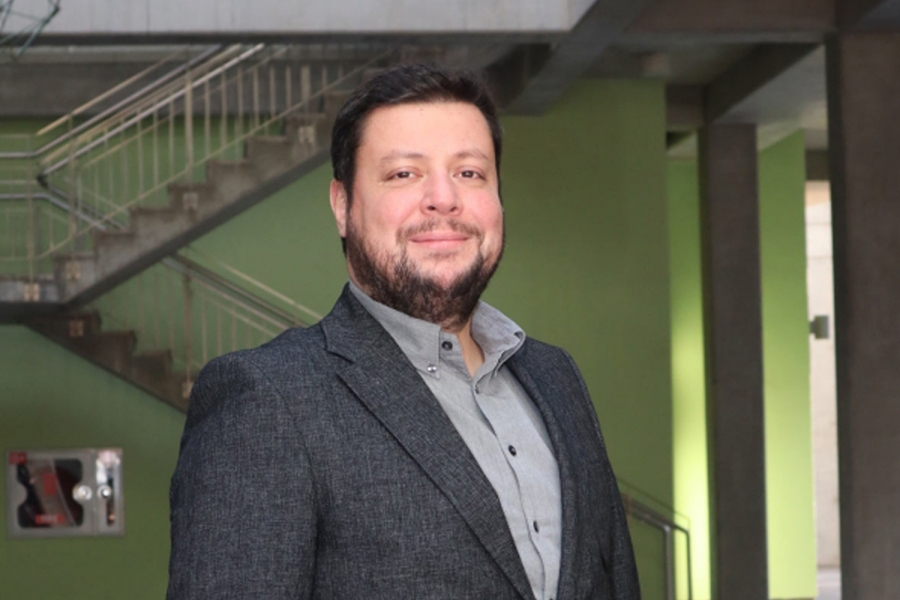 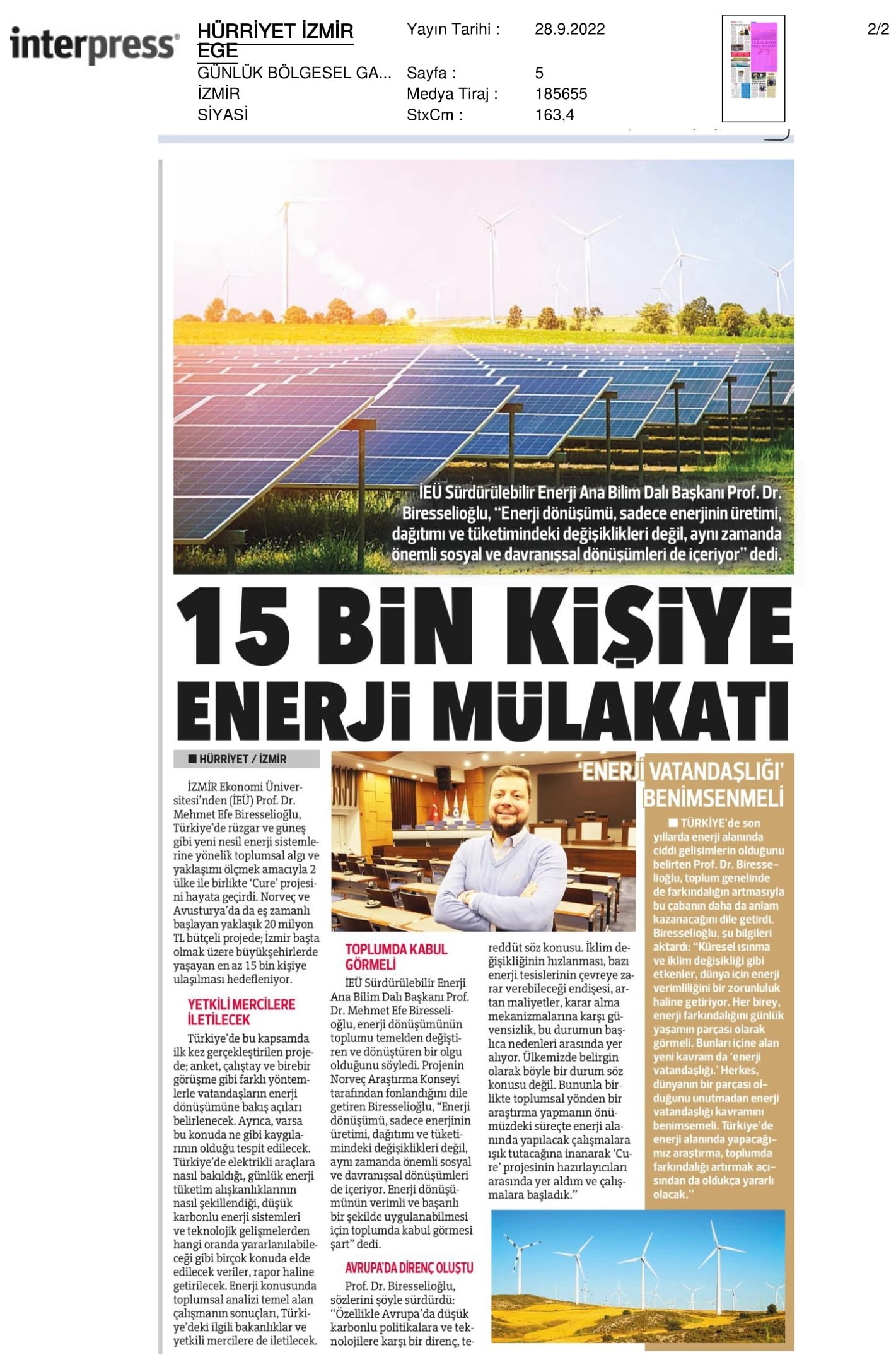 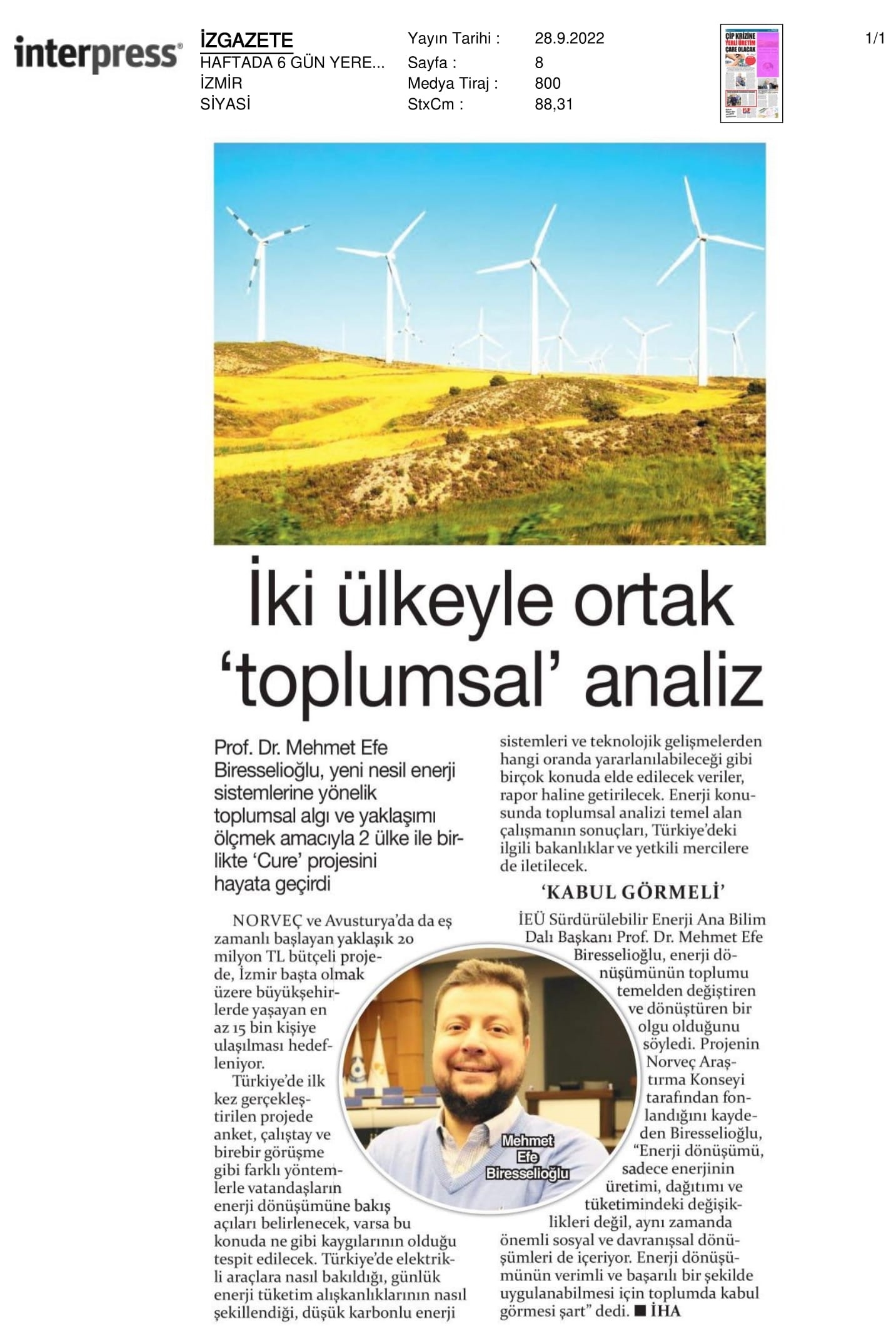 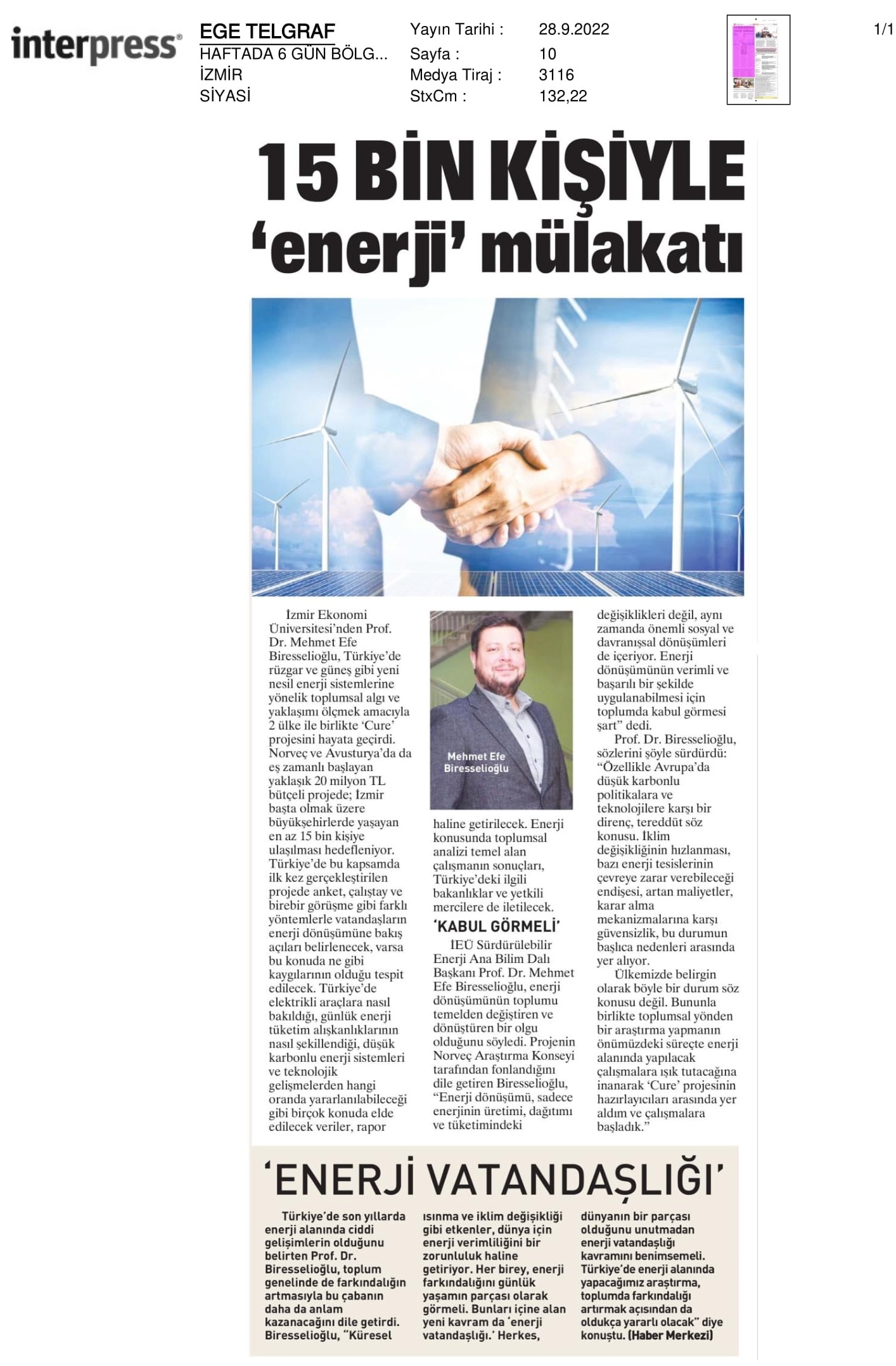 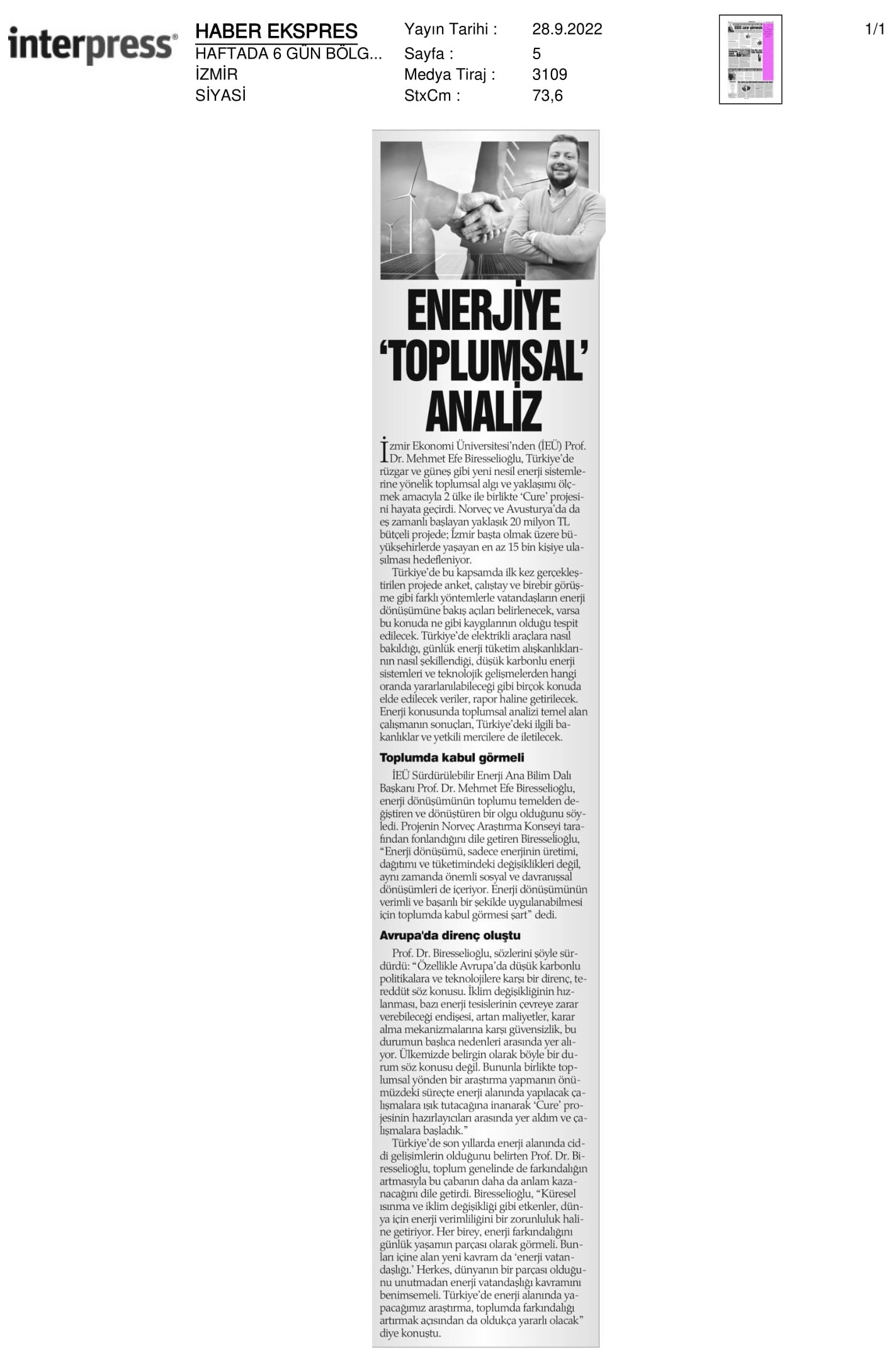 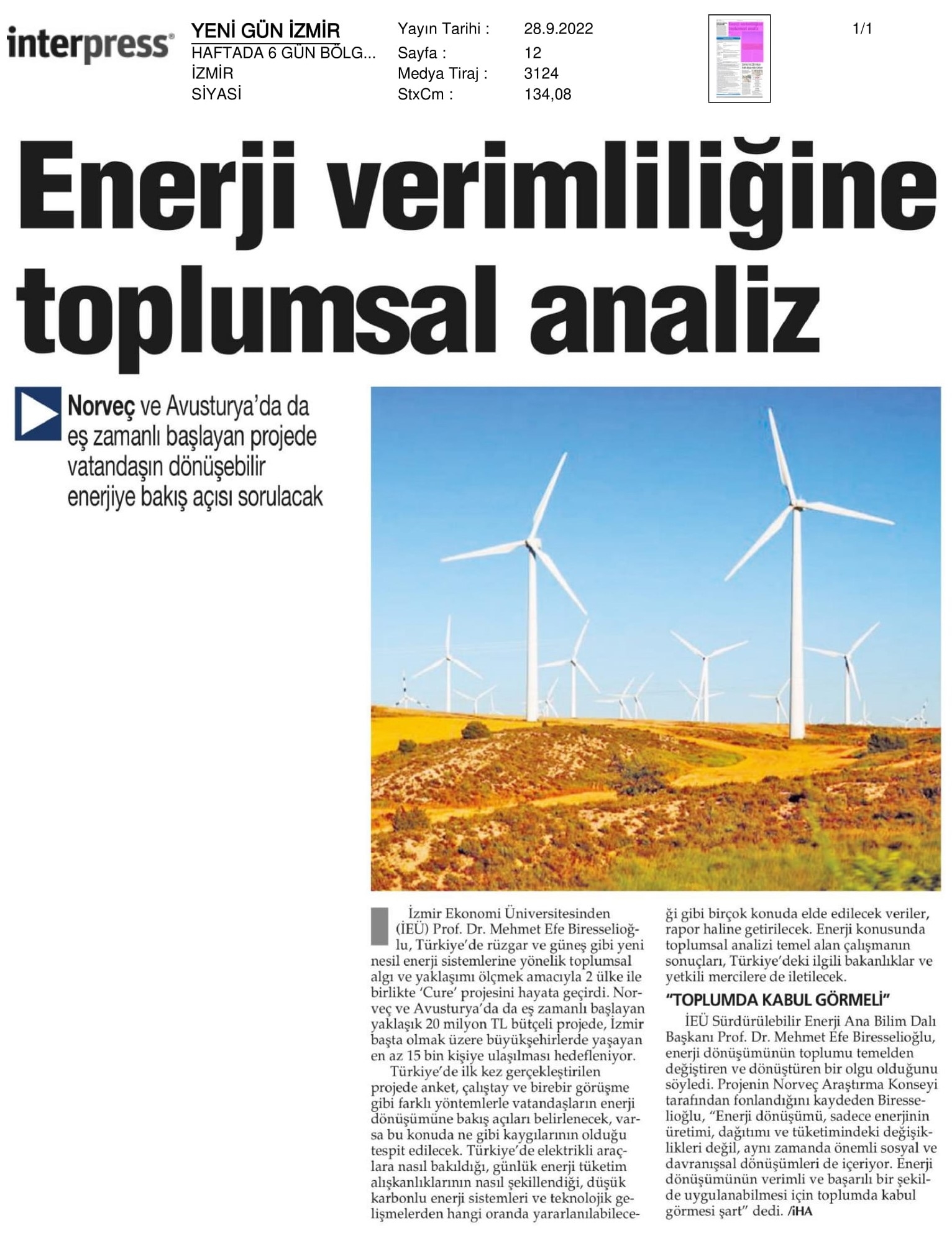 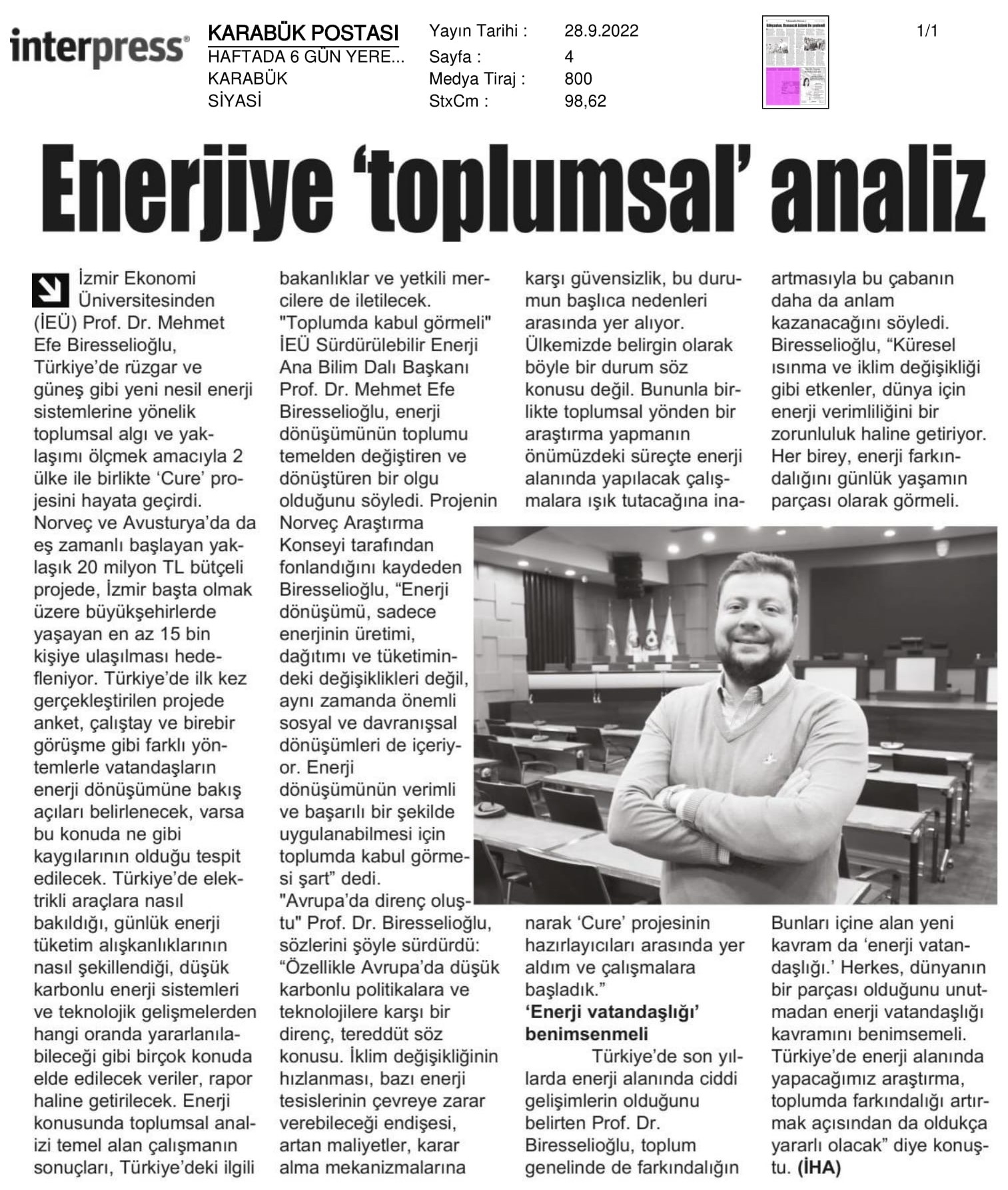 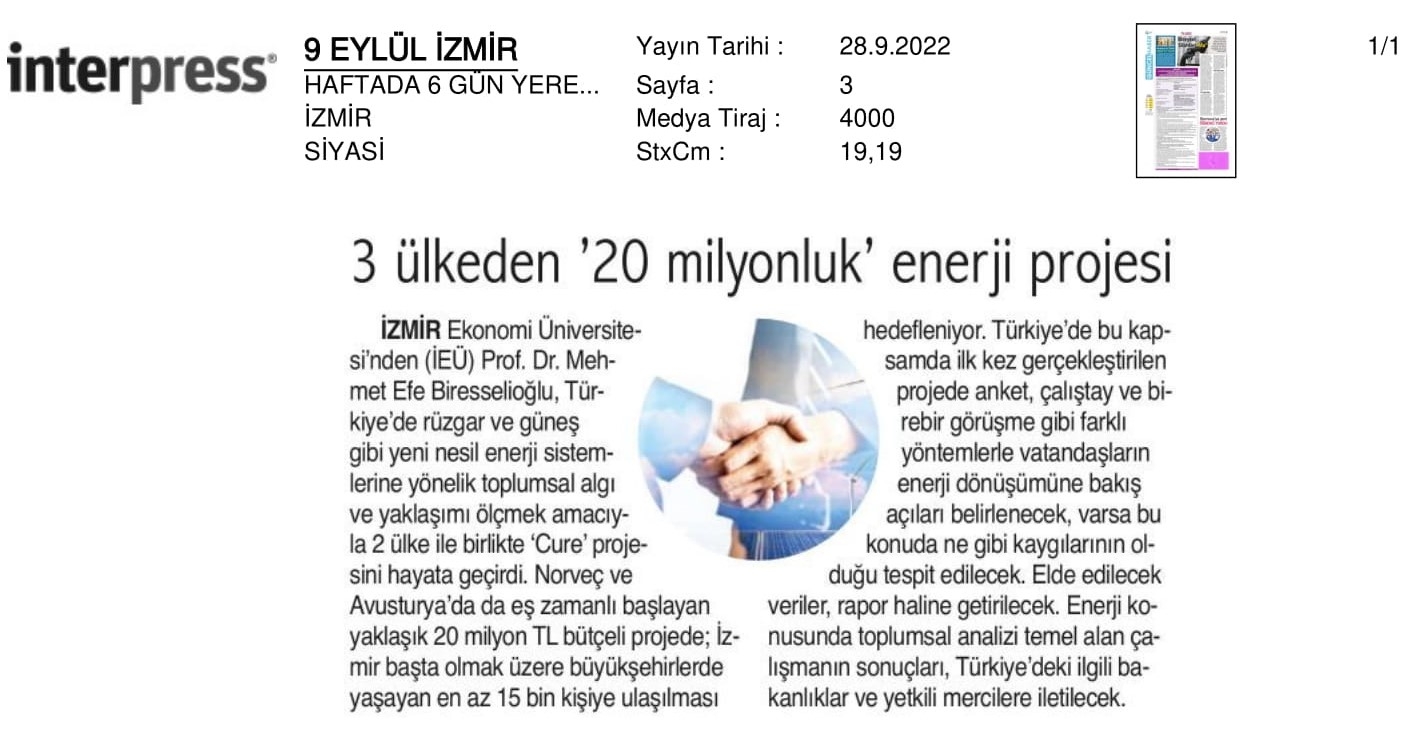 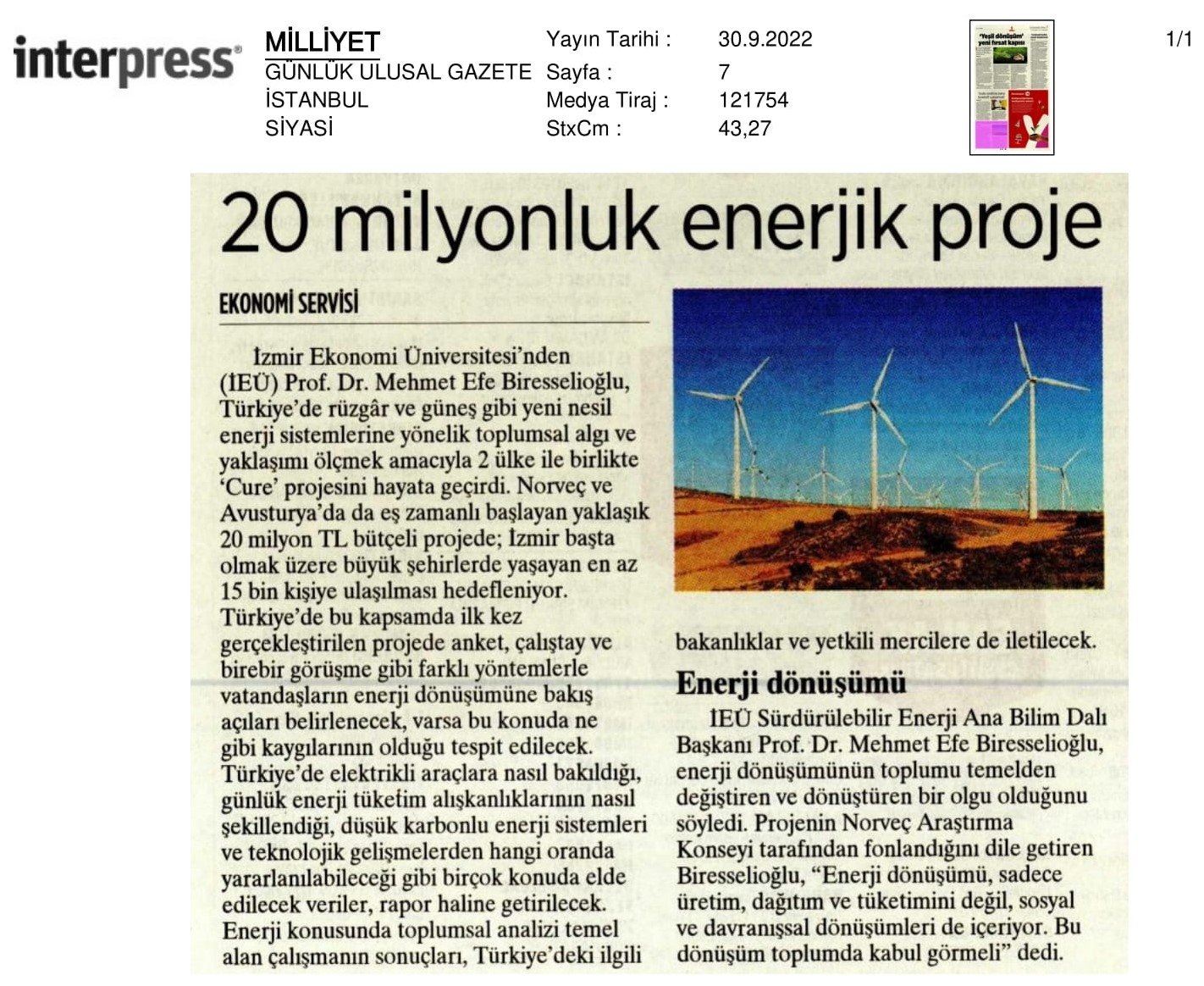