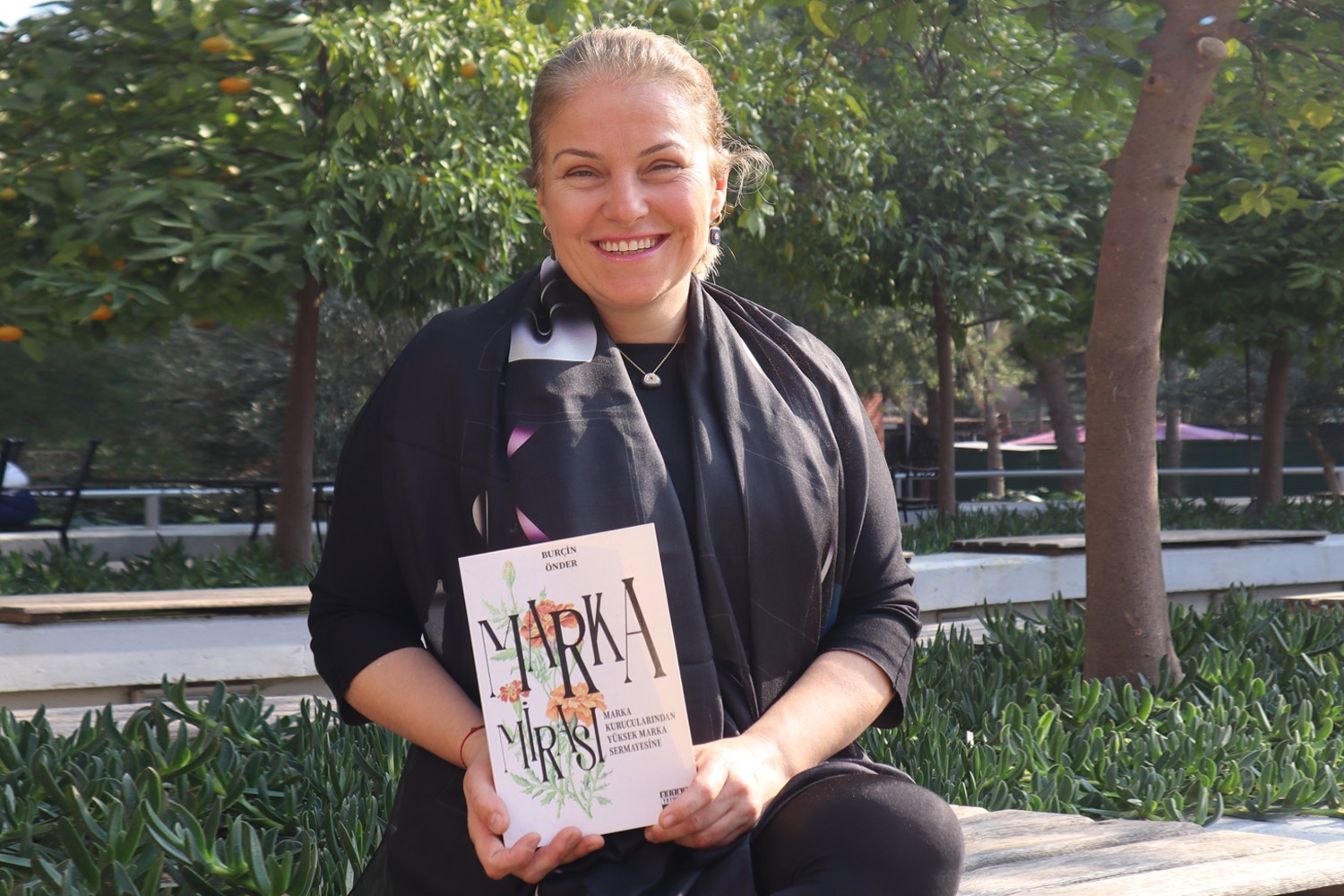 Burçin Önder, Director of Vocational School, Izmir University of Economics (IUE), brought together the inspiring story of 8 famous brands, which were established many years ago and have successfully continued their development, in her book called the ‘Brand Heritage’. Founding stories, core values, symbols, successes and efforts to protect and develop the brand heritage of famous brands İnci Holding, Dimes, Karaköy Güllüoğlu, Izmir Private Turk High School, Izmir Private Çamlaraltı High School, Şentaş, Sevilen Wines and Ali Muhiddin Hacı Bekir are explained in detail in the book. The book, which was published by Detay Publishing, is a first in the literature in terms of researching the effects of company founders on brand heritage and brand capital.

RUN BY THE THIRD AND SIXTH GENERATION REPRESENTATIVES

Stating that she prepared the book after a long and meticulous work, Burçin Önder said that the positive feedback she received in a short time made her very happy. Stating that the Ali Muhiddin Hacı Bekir brand is managed by the sixth generation of the family and the other brands by the third generation representatives of the family, Önder said that these brands were a good example for the family companies to live successfully for a long time. Pointing out that the concept of brand heritage is also considered important by consumers, Önder said, “Brand heritage is a timeless concept. A definition that states that the brand is reliable, embracing the future and the present. Doyens in finance and marketing recommend that companies return to their roots and philosophy at the time of establishment during turbulent times. At this point, the brand's history and establishment vision are very valuable.”

THE YOUNGEST ESTABLISHED IN 1961

Önder continued as follows: “Brands, whose roots go back many years, evoke a sense of trust and quality in the consumer. It becomes more attractive and makes you feel that brands are unchangeable in the ever-changing competitive environment. Brand heritage is the only strength for any company that no one can imitate. I have identified about 120 brands belonging to the same family and operating in the same field for more than 50 years in Turkey. These are all very reputable, valuable brands. In my book, I researched the impact of the founders of 8 of these brands on their brand heritage. The youngest of the 8 brands I mentioned in the book is Şentaş, which was founded in 1961. At this point, we can say that all brands have an important historical background.”

Sharing some of the special anecdotes she quoted in the book, Önder said, “Founded in 1777 and today a cultural ambassador, the founder of the brand Ali Muhiddin Hacı Bekir uses the phrase ‘Sell a product without making any profit, so everyone can eat the lokum (Turkish delight)’. Cevdet İnci (pearl in English), the founder of İnci Holding, emphasized his commitment to his surname and the core values ​​of the brand and said, ‘Don't substitute the pearl for a bead’. Karaköy Güllüoğlu's Mustafa Güllü says, ‘Just do your own business where you are, do it where you always have been’ expressing the brand's motto not to go out of Karaköy district, as explained by the current representative of the brand. Temel Şen, grandson of Mehmet Şen, the founder of Şentaş Company, says, ‘We act with the responsibility inherited from our grandfather. We have to stand behind every fig we sell.’ Bahattin Tatış, the founder of Izmir Private Turk High School, rents the historical Uşakizade Mansion, which they now keep on their campus, from Latife Hanım, the wife of Mustafa Kemal Atatürk, and makes it a part of the corporate culture, one year after the establishment of the school.”

Önder stated the following: “Gülçağ Gençer, granddaughter of Mehmet Ali Sertatıl, the founder of Izmir Private Çamlaraltı High School, also stated that her grandfather's top priority was education and she says, ‘My grandfather used to observe events and think for 24 hours before making important decisions. I take after my grandfather’. The founder of Dimes, Mustafa Vasfi Diren, shows the importance he attaches to quality by saying, ‘You will not process the fruit that you will not put on the table, and do not produce the product that you will not allow your child to drink’. Murat Güner, the third generation representative of Sevilen Wines, states that the name of their restaurant is İsa Bey (Mr. İsa), that they both keep the name of the founder alive and that the name itself is an important brand. All these statements reflect the philosophy and vision of brands, how they have come so far, and offer clues to the strengths of brand founders.”

IT WILL FORM THE BASIS FOR ACADEMIC STUDIES

Pointing out that the Brand Heritage book will also form the basis for future academic studies, Önder said, “While preparing my book, I conducted a detailed research on families. I scanned documents, books, archives, visual materials and interviewed brand representatives. I conveyed many important points that were never shared before to the readers. There was no work in the literature that addressed the impact of the founders on brand heritage and brand equity so much. It is a very different book in this respect, and will form the basis for academic studies.” 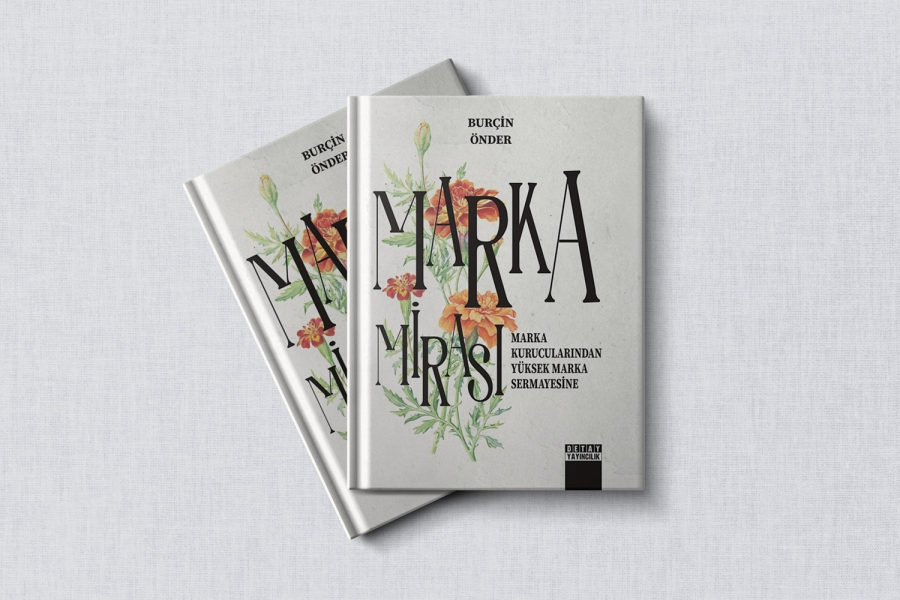 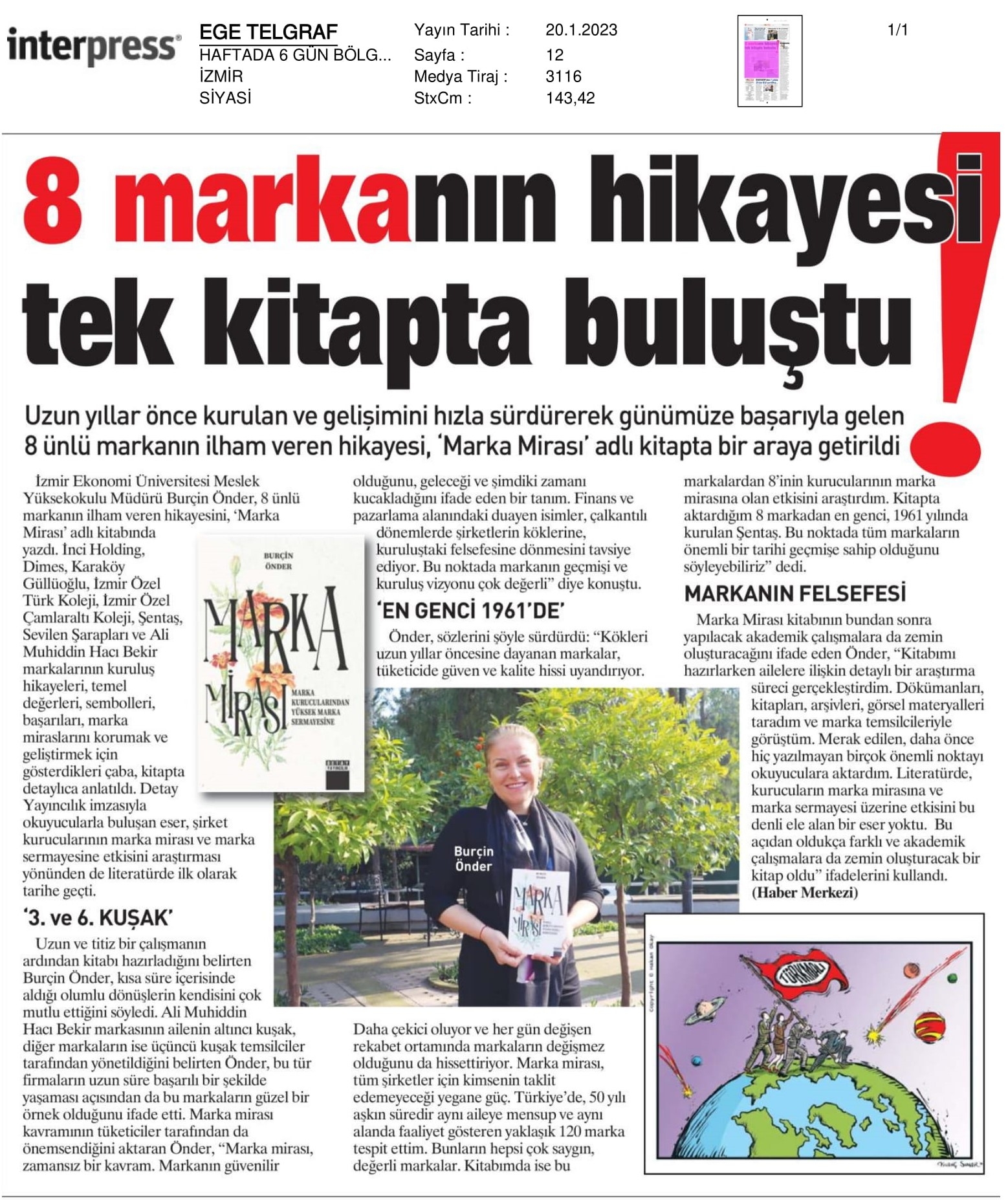 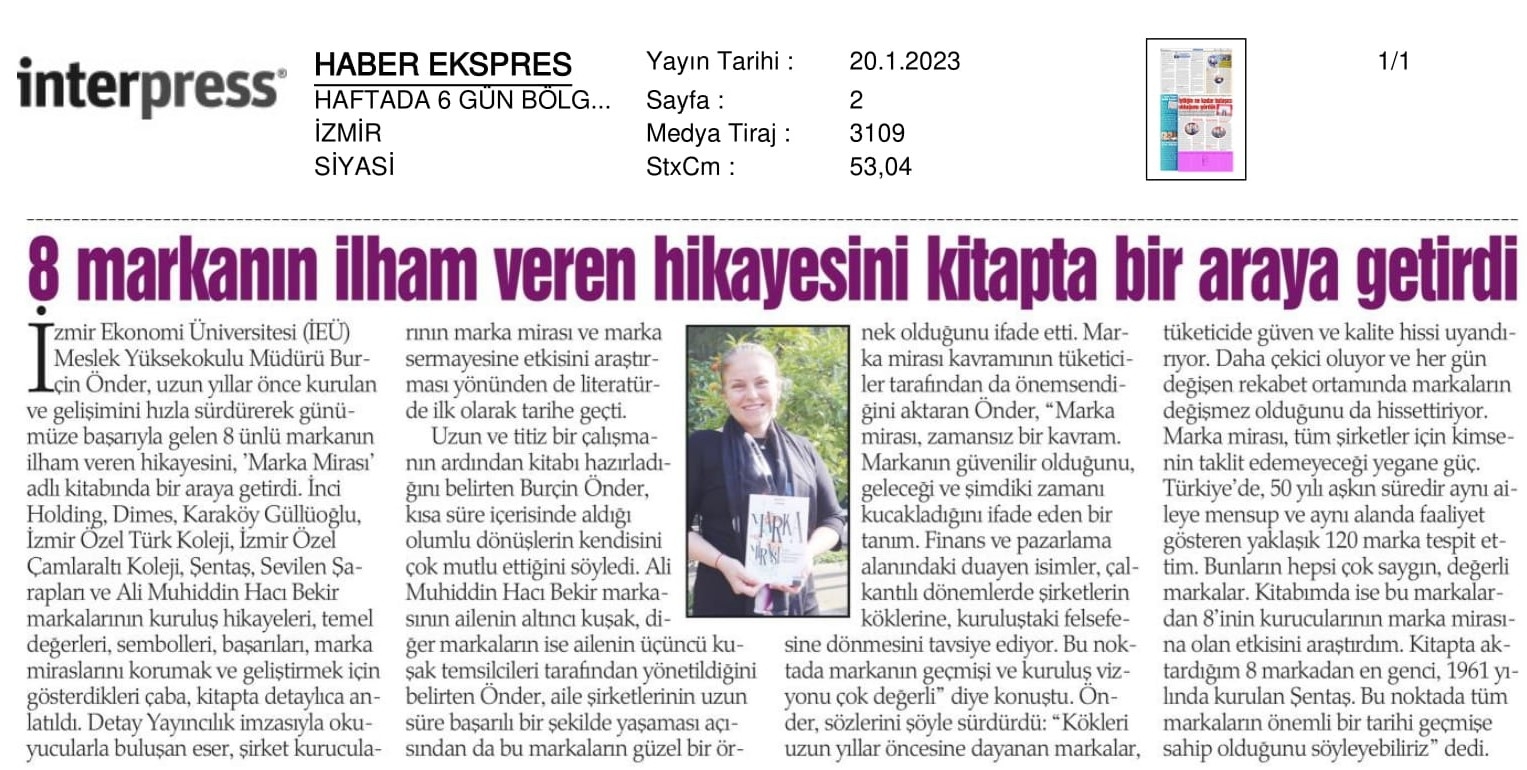 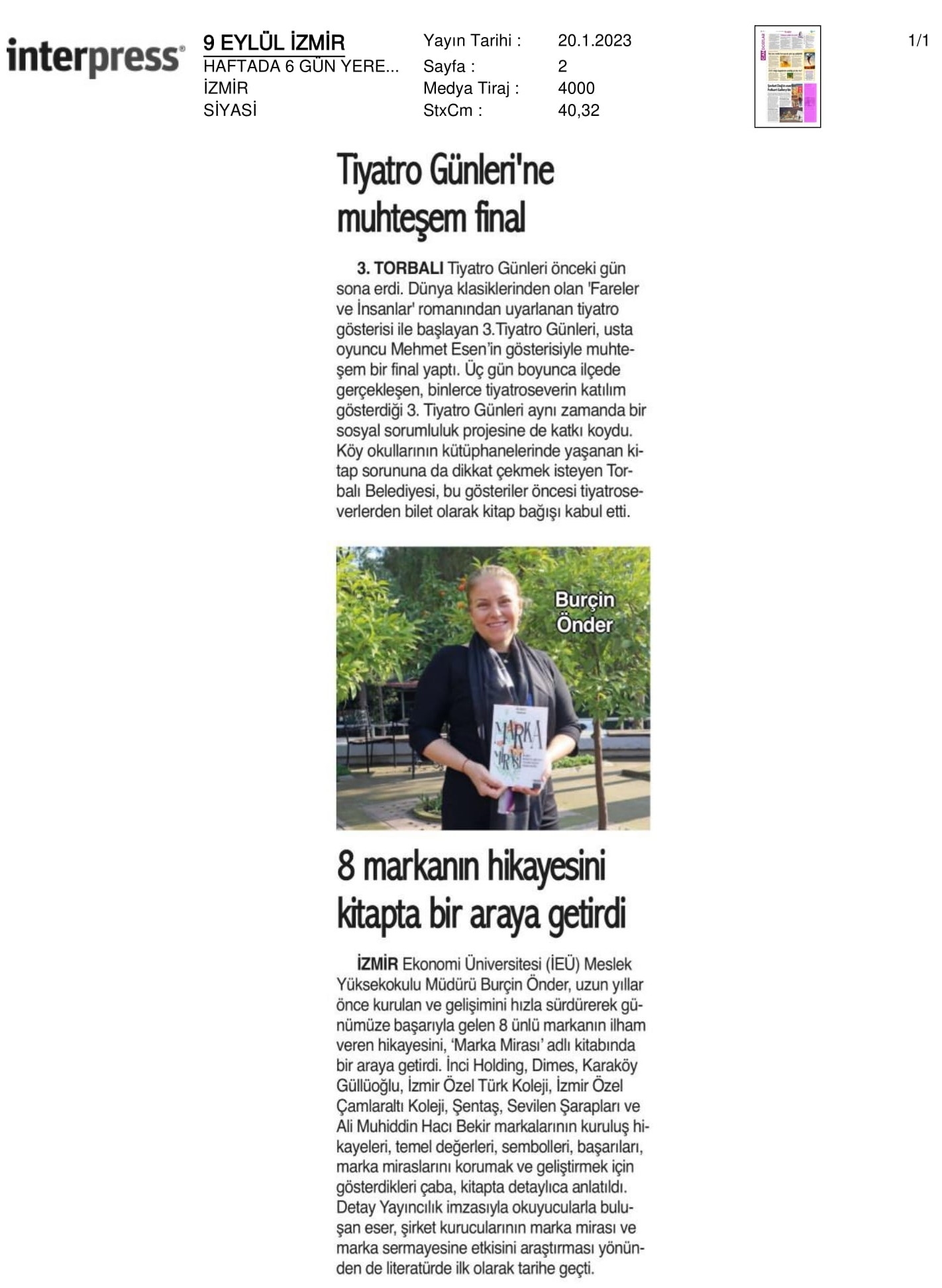 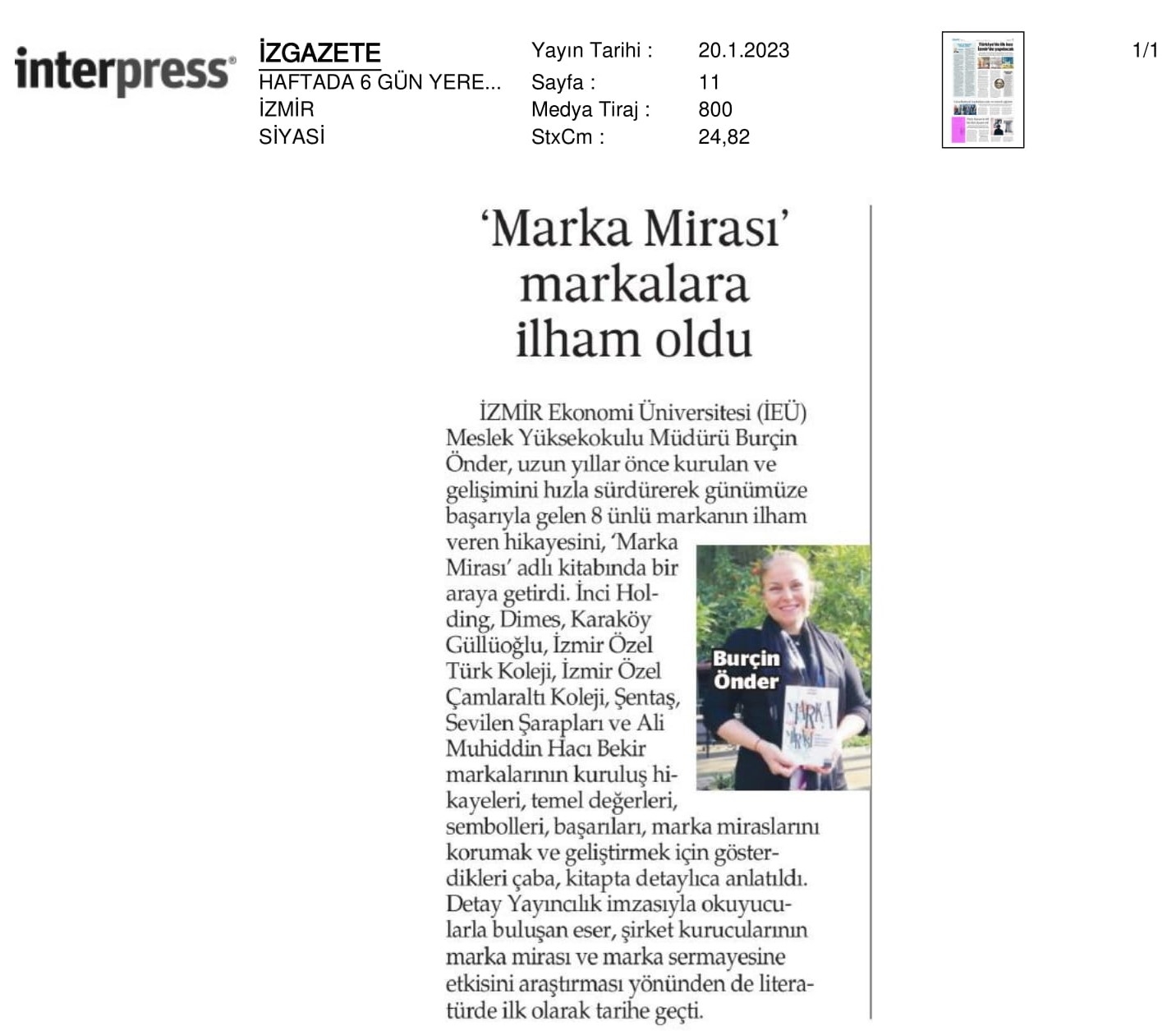 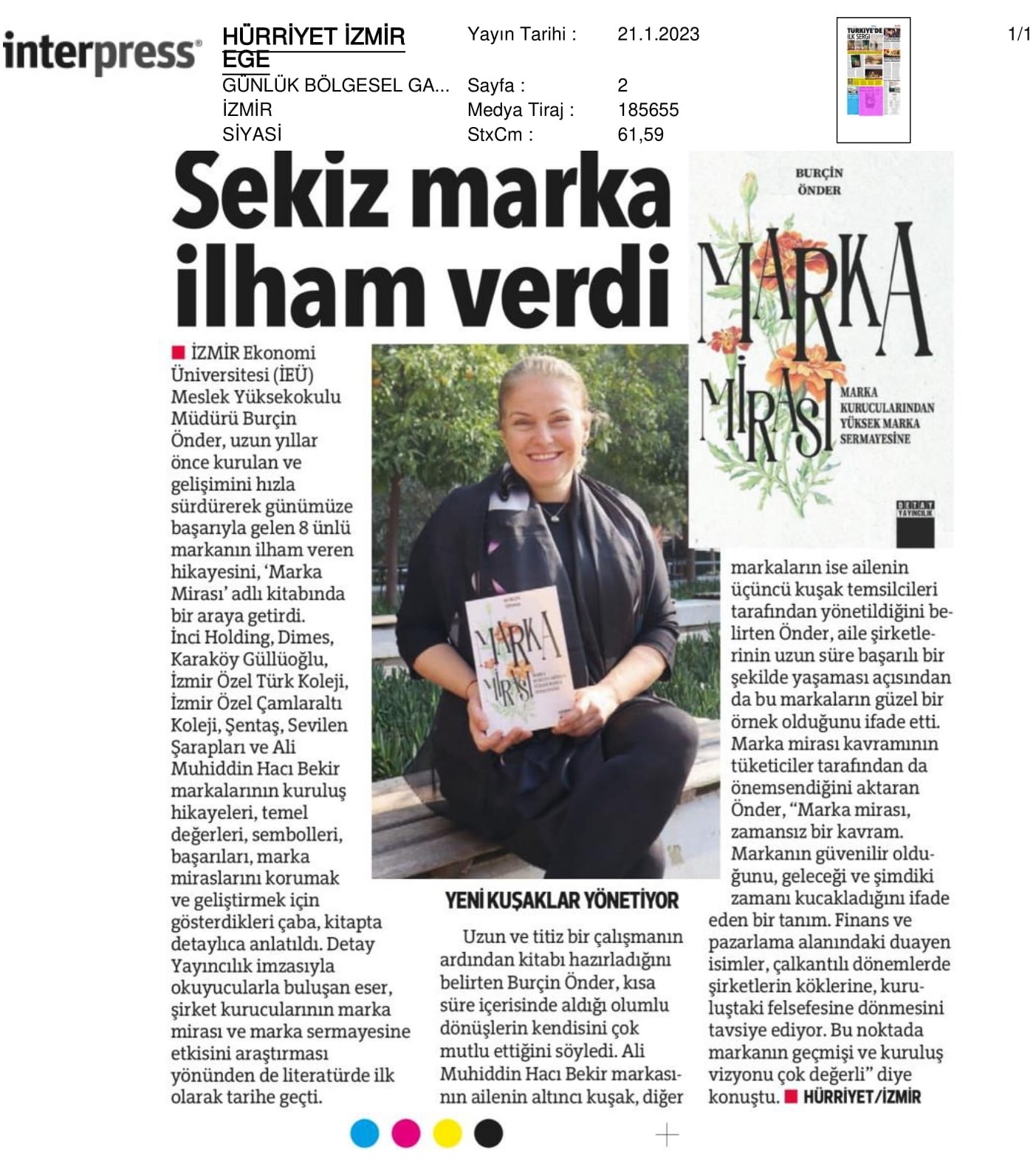 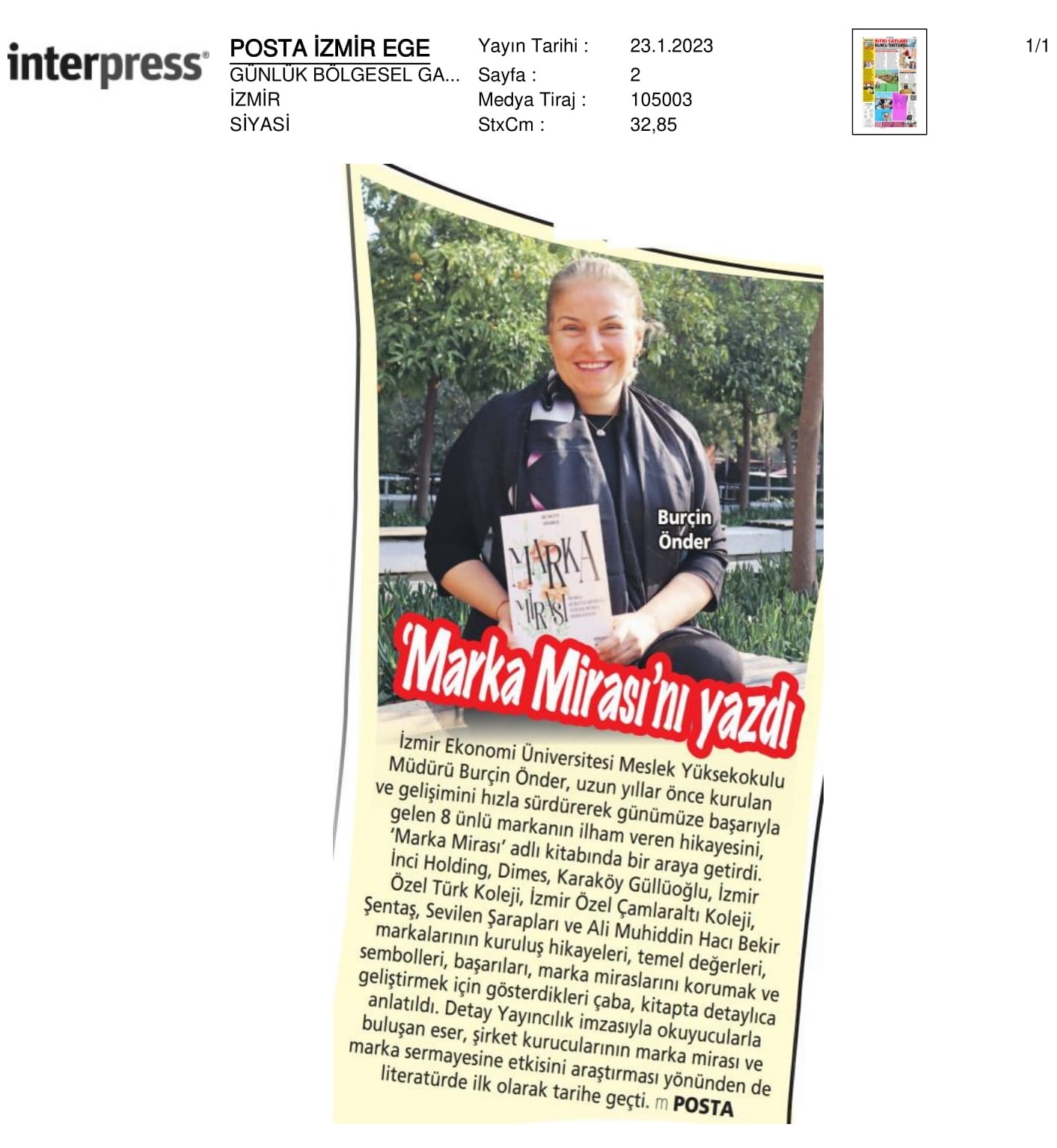 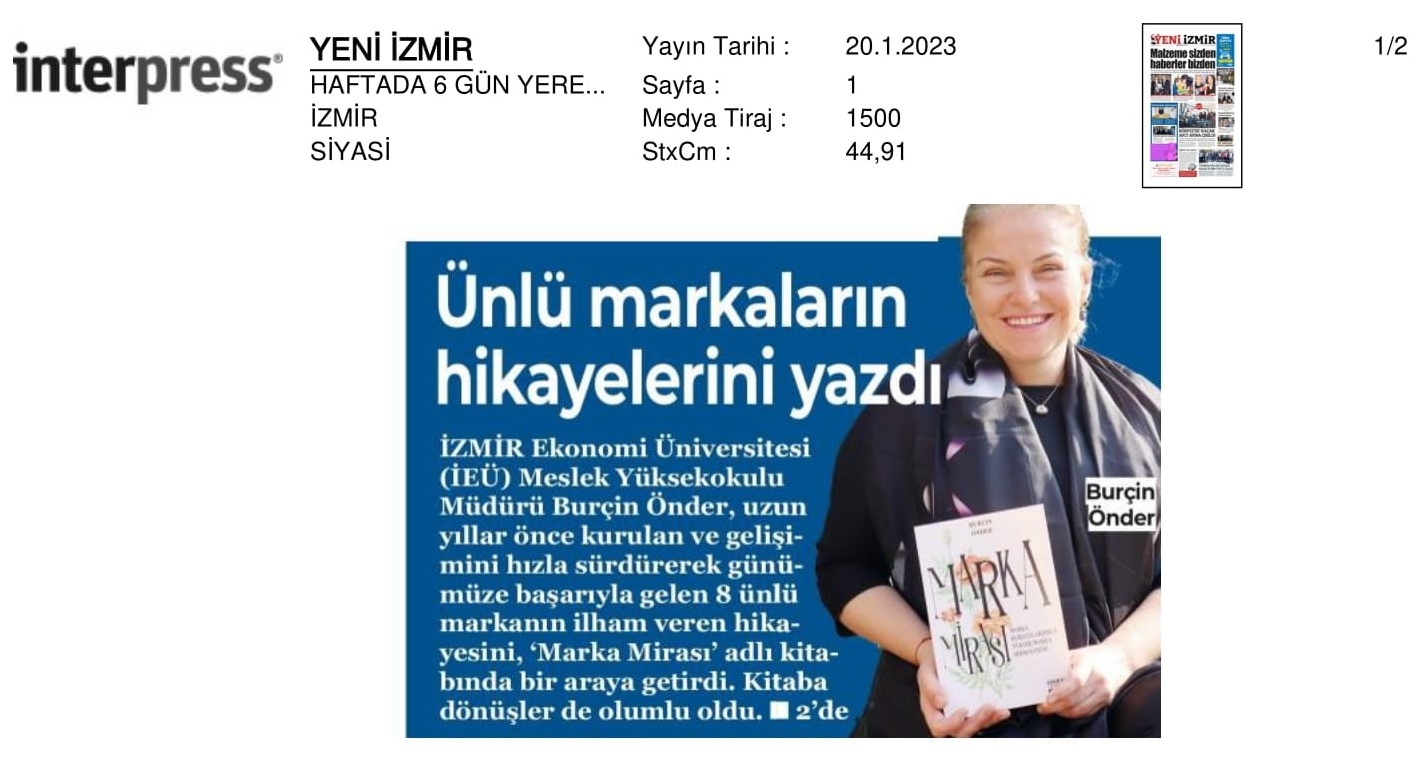 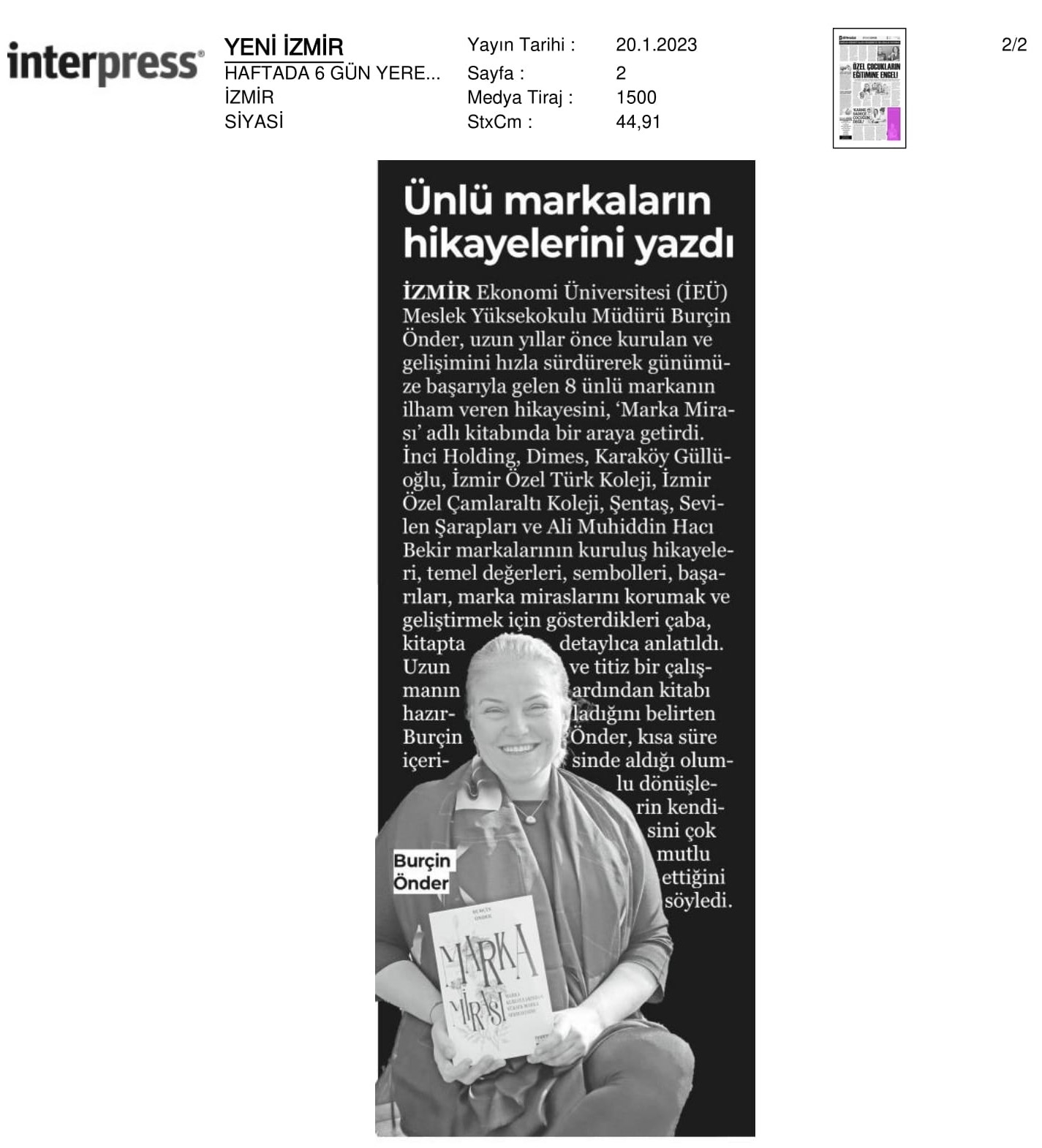